How quickly things change. Four years ago, Ross Brawn was grappling with the task of saving his team and hundreds of jobs in the wake of Honda’s withdrawal from Formula 1. Thanks largely to the intervention of McLaren boss Martin Whitmarsh, Mercedes stepped in with an engine deal that would lead Brawn’s team to the most unlikely World Championship we’d ever seen.

Three years ago, Brawn found himself in charge of a full-blown Silver Arrows factory team, Mercedes-Benz having bought into that world title success with bottomless enthusiasm. This time, Ross had all the resources he could possibly need. He was also significantly richer, too. 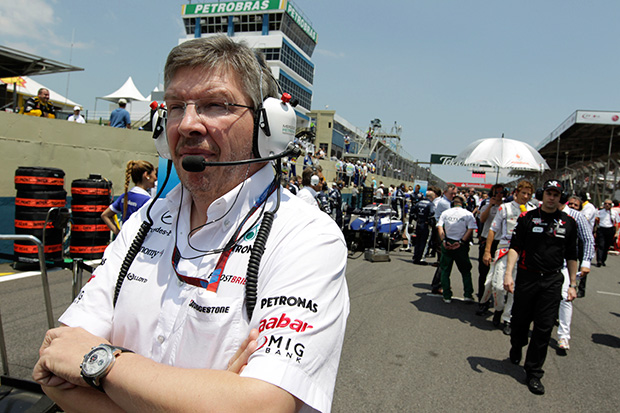 Today, the story has changed again. After all those years of success, first with Benetton, emphatically with Ferrari and then cunningly under his own name, Brawn has come up short. After three years, a solitary victory and a lone podium for returnee Michael Schumacher was a poor return. Like a Premiership manager grappling with a dire run of results at the bottom of the table, the team principal’s card is marked.

Let’s be clear. No announcement has yet been made about Ross Brawn’s future. But with the appointments of both Toto Wolff and Niki Lauda, there’s a new broom sweeping through Stuttgart and Brackley – or should I swap cliché weapons for a swinging axe?

Yesterday’s man Schumacher has been pensioned off in favour of today’s most explosive talent Lewis Hamilton. Norbert Haug, who was never the modern Alfred Neubauer he clearly wanted to be, has gone too. Then the heavyweight technical team – Bob Bell, Aldo Costa, Geoff Willis and Loic Bigois – face the possibility of having to shuffle up (or even shuffle out) to make room for Paddy Lowe, if he does indeed jump from McLaren (how Whitmarsh must now be grinding his teeth after that goodwill mission in the winter of ’08).

So will Brawn depart, too?

If he does, it shows yet again that past achievements can count for little in life. Whatever the backstory of the past three years, and whatever happens next, Ross Brawn remains a colossus of modern F1. But that doesn’t matter right now. Whoever you are, whatever your record and wherever you work, there’s always someone above you who knows how best to do your job. Or thinks as much, anyway. 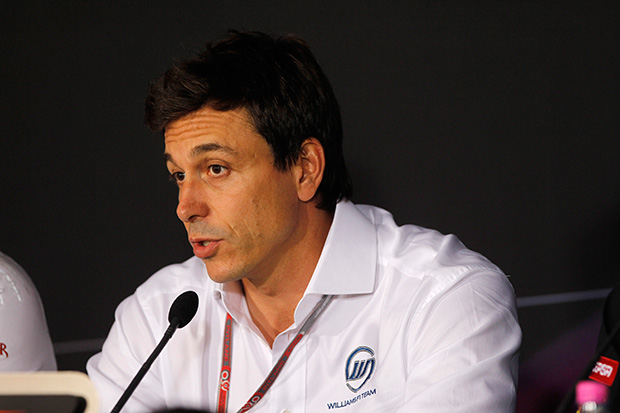 The Mercedes board, it seems, have decided enough’s enough. Toto Wolff has motor racing experience in the DTM and Formula 3, but in F1 terms he’s been around for about five minutes, as a Williams shareholder. Even so, it is implied that he knows more about running a Grand Prix team than Ross Brawn. Strange how quickly things change.

Adrian Reynard found fortune turn against him even faster little more than a decade ago, and his account of his company’s sudden downfall came back to me as rumours about Brawn’s future surfaced.

Reynard ran what was once the world’s biggest, most successful racing car constructor, but as he tells Simon Taylor in our latest ‘lunch with’ interview in the March issue, his power crumbled not in three years, but in a matter of months.

“In August 2001 I made the decision to lay down 50 Indycars [for the following season],” Reynard tells Simon. “In the previous three years our sales had been running at that level and we knew all the teams, we knew what their needs were going to be. Then on September 11, 2001 I was coming out of a meeting when I heard what had just happened in New York and Washington…

“On November 3, when we arranged to deliver our first 2002 car, the customer didn’t want to take it. That was a surprise. Soon we had four cars sitting on the shop floor and nobody had paid for them… Soon from 375 staff, we were down to about 160. By February we were distress-selling the cars we had, because we were running out of cash. 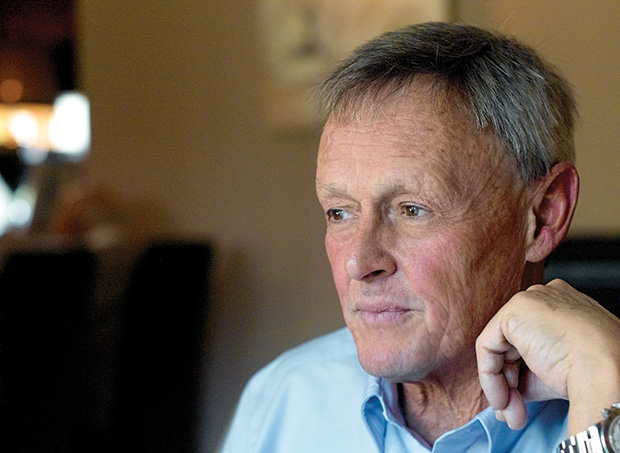 “I had to accept there was no way forward. We were bust. Everything we’d worked for over 29 years: it had all gone.”

Reynard is not the most popular figure in motor racing circles. Despite the heartbreaking fall of his once-great racing empire, he walked away a rich man as his staff faced unemployment. But as you can read in the March issue, the dollars didn’t take away his genuine pain of his company’s failure. And for all his wealth, Brawn too will be hurting right now… especially if the axe does indeed fall.

Such is the competitive nature and professional pride of such pure-blooded racing men. Lest we forget, if it can happen to powerful figures such as these, it can clearly happen to anyone.

Aside from the fascinating Reynard interview, we wallow (with no hint of apology) in the glorious colours of Gulf Oils this month. There’s no particular reason, no special anniversary from which to hang our cover shoot. But with such a mouth-watering collection of cars just sitting at Duncan Hamilton’s premises waiting to be snapped, we couldn’t resist.

Ace photographer Matt Howell shot Roald Goethe’s incredible collection in a giant and very empty hangar. With some clever lighting and the fabulous backdrop of a newly-restored JW Automotive Mercedes transporter, Matt worked wonders. But then he couldn’t go too far wrong with a Porsche 917, Ford GT40, Mirage GR8, McLaren F1 GTR and so on – especially when they’re all painted in that livery. 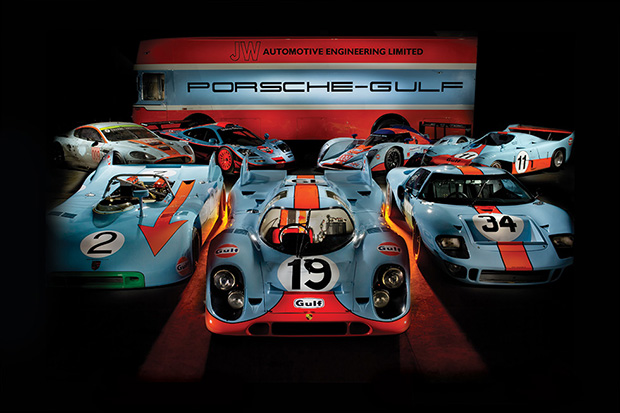 Nigel Roebuck meets Martin Brundle for lunch to discuss F1’s top three drivers, and then has some ‘what if’ fun by creating his own 2013 GP calendar. Funnily enough, the demands of F1’s powerbrokers to claw as much cash from each race as possible didn’t figure too highly in his decision-making process.

Oh, and I didn’t think I’d be writing this any time soon, but Max Mosley pops up for a brief appearance, too. After all we wrote about him during his final months in office at the FIA, I never thought Max would be in any mood to speak to us again. But when Andrew Frankel called him to ask for his memories of Jackie Stewart’s March 701, he couldn’t have been more helpful.

Ross Brawn would probably be happier going fishing if this is the end of his F1 sojourn. He didn’t say so, but we suspect that’s not the case for Max Mosley.