Formula 1’s hybrid formula had a difficult infancy in 2014 which it might not have survived. That was until the Bahrain round… 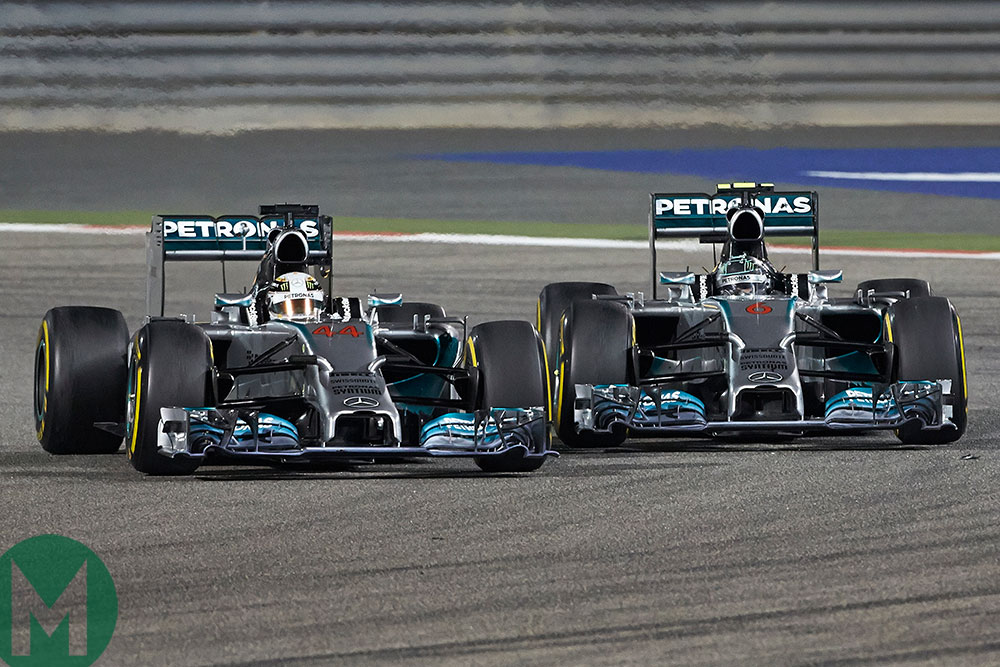 As Kermit the Frog used to remind us, it’s not easy being green. And Formula 1 can attest. Five years ago it introduced its hybrid engine spec which, for better or worse, lives on today. Yet in its first few weeks it looked genuinely like it might not survive its infancy. Then it got an unlikely saviour. As in the 2014 Bahrain Grand Prix F1 served up its most scintillating race in a long while.

The sniping at the new regulations started as soon as a wheel turned for the year’s opening practice session. The complaints were that the cars were too quiet, too slow and the ‘conservation’ racing was unappetising. The first two races in 2014 were tepid.

Bernie Ecclestone quickly called the new offering “unacceptable” for fans, then Ferrari president Luca di Montezemolo declared that in F1 now “drivers are like taxi drivers;” adding that “to have drivers who save fuel and tyres, this is not Formula 1.”

Then in Bahrain for round three of the year it looked like matters would come to a head; various ‘crisis meetings’ even were held. But the most convincing riposte came during Sunday’s race.

It was two races in one admittedly, as Mercedes was on another level. Lewis Hamilton sneaked ahead of Mercedes team-mate and poleman Nico Rosberg at the start, but in the opening stint it remained close. Rosberg indeed twice dived up the inside of Hamilton at Turn One but neither time made it stick. On the latter attempt it took Hamilton several corners of wheel-to-wheel scrapping to get the lead back. This was no formation flying.

Then Mercedes split its strategy ticket, with Hamilton pitting first for soft tyres and Rosberg, after pressing on for a couple of laps, taking on mediums. Hamilton subsequently built a 9.5 second gap; even though he would have run on the mediums himself later it looked a decisive advantage.

That was until Pastor Maldonado’s Lotus flipped Esteban Gutiérrez’s Sauber, bringing out the safety car. This wiped Hamilton’s lead and put Rosberg right behind him on faster tyres and with 10 green flag laps still to the end. 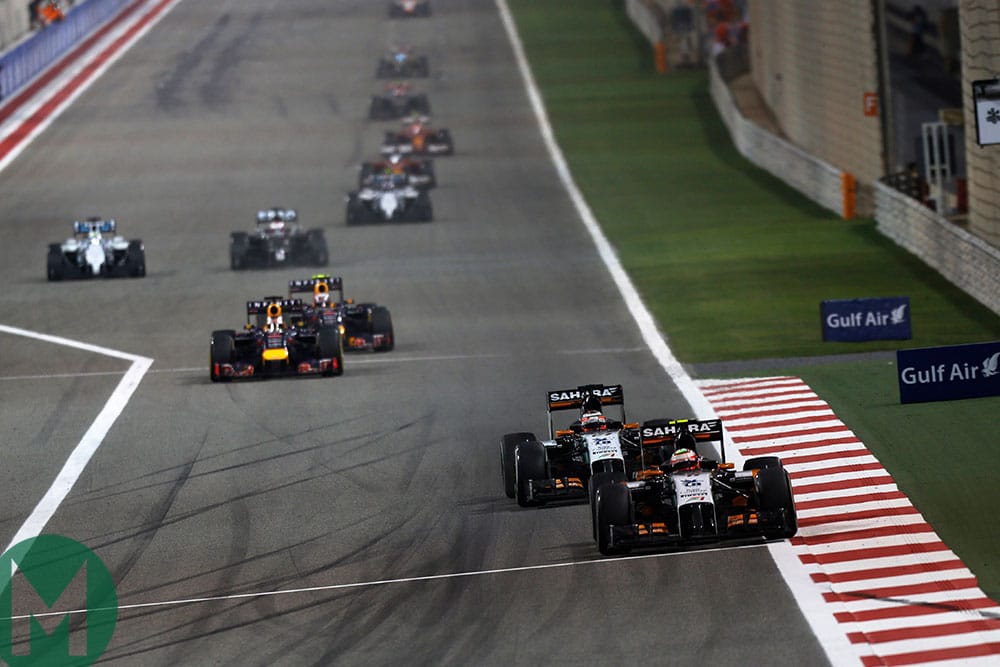 “It looked like game over for Lewis,” said Mark Hughes for Motor Sport. “Remarkably, using pure street-fighting tenacity and perfect ‘aggressive defending’ that stayed just the right side of acceptable, he held on to take a great victory. Several times Rosberg thought he’d got him either at Turns 1-2-3 or up to Turn Four, but each time Hamilton prevailed.”

When racing resumed it was indeed a lot like earlier in the race on repeat. Rosberg again twice dived up the inside of Hamilton into Turn One; twice again Hamilton took the place back. Similar to before, in one of the attempts the battle continued through several subsequent corners.

The ‘Class B’ battle was just as thrilling, with other Mercedes-powered cars such as Force India and Williams mixing it feverishly with the Red Bull pair. Sergio Pérez performed his party piece of bagging a podium when there was the glimpse of an opportunity. He only just held off Red Bull’s Daniel Ricciardo, who was recovering from a 10-place grid penalty and may have got third himself with another lap.

Then Ferrari. The red pair was visibly breathless on the straights and trailed in ninth and 10th, Fernando Alonso ahead doing an apparently ironic fist pump as he crossed the line. Di Montezemolo’s humiliation watching on was near-total, albeit by the finish he had long since departed. He’d exited mid-race, ironically it what looked a lot like a taxi. A tail was almost visible between his legs.

It’s always possible to overstate the significance of a single event, but the thrilling Bahrain race did much to check the negative spiral that was threatening to get beyond control.

Mercedes’ Niki Lauda, just after the chequered flag fell, as usual didn’t fear taking on the big guns, stating “anyone who complains that this is boring is an idiot.

“If we stop this bullshit ourselves, then it [the criticisms] will go away right away,” Lauda added. “It should never have come to this point where we risked destroying our own sport.”