What might the Red Bull and Aston Martin partnership mean for the future of F1? 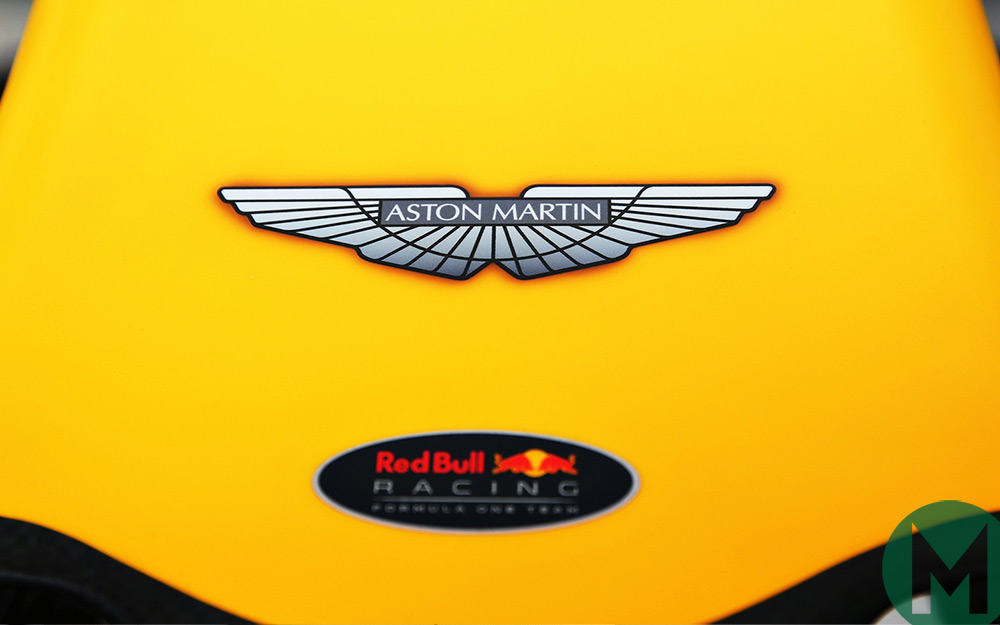 Aston Martin’s title sponsorship of the Red Bull team for next year – and the establishment of an Aston technical centre within the Red Bull factory – signifies an expanded partnership, one that could see an Aston-branded engine powering the Red Bulls from 2021. That’s just one of at least three possible scenarios for the team, though.

With Porsche’s 2021 F1 engine programme already a major project within the Weissach factory, the purchase of Red Bull Racing remains one of the viable ways for the Volkswagen Group to enter the sport at a high level. However, if Porsche decides on an alternative path into F1, Red Bull’s relationship with Honda (established with its junior Toro Rosso team) could quite conceivably see Red Bull Racing becoming effectively the works Honda team should its relationship blossom after Renault – as expected – pulls out of the Red Bull partnership at the end of next year. This would surely only be feasible if Honda succeeds in making a competitive F1 power unit by then, but that’s far from beyond the bounds of possibility.

If the Red Bull-Aston Martin partnership is to continue into the new engine formula of 2021, it could only feasibly be as a badge engineering exercise, probably of the hybrid F1 power unit that Cosworth is currently developing. Aston Martin is not a big enough entity to devote the money and resource required to build its own competitive F1 engine.

In the 12 months up to the end of December 2015, the independently-owned Aston Martin company returned a positive operating profit of £16m. Up until the recent introduction of its DB11, sales had stagnated to around 1,500-1,600 cars per annum. The new model has given a significant increase, with more than 1,600 sold in the most recently reported quarter. But that’s still chicken-feed in F1 terms and nowhere near enough to fund the capital and personnel investment that would be required to make its own F1 engine. Cosworth is not night-and-day bigger, but as an entity that exists to make racing engines, would not need to recapitalise and is basing its programme around being an independent supplier, probably to more than one team. A Cosworth-designed and built engine could well be supplied to both Red Bull and McLaren with Aston Martin badges on the former, McLaren on the latter. This is believed to be the current working plan.

But, as both Aston and Cosworth have emphasised, this would only be feasible if the 2021 engine regulations are considerably simpler than the current ones. Cosworth CEO Hal Reisiger said last year: “We think we are well suited to come back into F1 if the engine regulations should change, and the compelling change has to be with the heat energy recovery – because that is the most expensive and time-consuming element.”

Aston boss Andy Palmer was talking about exactly the same thing in today’s Red Bull announcement when he said: “We are enjoying the global brand awareness that a revitalised Formula 1 provides. The power unit discussions in Formula 1 are of interest to us, but only if the circumstances are right. We are not about to enter an engine war with no restrictions in cost or dynamometer hours but we believe that if the FIA can create the right environment we would be interested in getting involved.”

This is all against a background of discussion and negotiation between the engine manufacturers as the new regulations are being hammered out. The complication is that some – or even all – of the existing engine manufacturers want to retain the ERS-h part of the engine. It is this technology, which is yet to be used on any road-going production car, that has been largely responsible for the extraordinary thermal efficiency gains made since this formula’s introduction and the road car manufacturers currently involved are keen to develop it further.

So there is clearly a conflict to be resolved, and how that is done could well determine if the Cosworth (and therefore the Aston Martin and McLaren independent engine) programme ever sees the light of day. That is very much in the hands of Liberty. Should the current manufacturers hold sway and ERS-h is retained into 2021, the only way a Cosworth (or any other independent) may be convinced of the viability of an F1 programme would be if the ERS-h were standardised but even then the complexity of maximising the engine’s efficiency around even a standardised unit could rule-out being competitive. If the idea of an independent F1 engine withers on the vine, could Aston Martin feasibly remain involved? Not if Porsche bought the team, obviously. But could a Honda-Aston tie-up work? The Andy Palmer-led company has strong links with David Richards, whose Prodrive runs Aston Martin’s WEC effort, and he has a history of making highly successful motor sport partnerships with major car manufacturers. He could be a useful ally in making such a link up work. Could a marketing tie-up between Honda and Aston be made that would allow Honda-developed and built engines to be badged as Aston Martins in the Red Bulls?

As things stand, there are several paths open to Red Bull, Aston and Cosworth. Which remain open after the engine formula is decided upon remain to be seen.