In the language of lap time, downforce is good but its associated drag is bad. Therefore bendy wings – which bend backwards and down at speed to reduce drag but spring back up to full height at the speeds at which their downforce is needed for the corners – have been a running feature of F1 for 20 years or more, going back to Schumacher-era Ferrari. Fundamentally the governing body does not want moveable aerodynamics on F1 cars (other than the DRS rear wing feature, obviously) and so has tried to legislate against them.

But it’s tricky. Because nothing is infinitely rigid and because this is F1 where the whole competition encompasses how you interpret a rule, or even subvert it, preferably without quite breaking the letter of any regulation. Part of the game is in looking for the gaps between the words through which you can slide to gain some precious lap time. It’s not a case of ensuring your car is fully legal at all times, as the regulations insist, but one of ensuring it isn’t not legal – which can be a very different thing. Right there is a membrane permeable to the creativity of F1.

So some years ago load tests on wings were introduced to the regulations, with the degree of permitted flexibility at predefined loads very tightly defined. Obviously, these can only be static load tests – applied when the car is stationary. There is also a practical limit to how much load can be applied by the test mechanism.

So the game for the team engineers became to create wings and linkages which met the load test stipulations but which would deflect and bend as desired once beyond the threshold load of the tests – a threshold which would be comfortably exceeded out on the track. Every single team does this – and has done for decades. 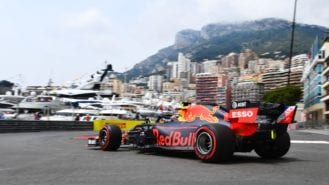 But teams continue to refine the art and this year both Red Bull and Alfa Romeo seem to have become especially adept at it. With Red Bull engaging Mercedes in a fight for the world title, it has suddenly become a political hot potato and the FIA has been forced to act. A new Technical Directive will take effect from the French Grand Prix whereby the governing body reserves the right to test at 1.5 times the regulation loads and to measure any non-linear behaviour of the deflection. In addition, the behaviour of the wing on-track, as captured by onboard cameras, will be considered and could lead to further load tests being introduced. There is also a reminder that the FIA would consider any mechanism in the wing assembly apparently designed to allow wing flex would in of itself be considered a breach of the regulations.

That Technical Directive can comfortably be met by the teams, albeit with some quite expensive re-engineering in some cases. Which could be particularly troublesome for any team, like Red Bull, already operating at the limit of the cost cap. But where it gets really contentious is that there are two races before the implementation of the new Tech Directives – and one of them is around the Baku street circuit where the advantage of bendy wings is at its absolute maximum. This track combines a Monaco-like middle sector where maximum downforce is needed with the longest stretch of flat-out running seen all year, on the kinking final ‘straight’ that runs alongside the Caspian shore. It’s a mixture of Monaco and Monza, the two extremes of downforce demand.

If the Red Bull’s rear wing is able to bend more effectively than that of the Mercedes, it will be worth much more at Baku than elsewhere. It will enable the Red Bull to carry lots of downforce for the street section without necessarily being crippled down that final stretch.

So in the multi-dimensional game of fighting for a championship, Merc’s Toto Wolff has introduced some jeopardy into Red Bull’s choice of wing there. Delaying the implementation of the new interpretation, he says, “leaves us in no-man’s land because the technical directive says that the movement of some rear wings has been judged as excessive. Delaying the introduction for whatever reason leaves us in a legal vacuum and leaves the door open for protests. It’s not only us, but probably two other teams that are most affected, maybe more. 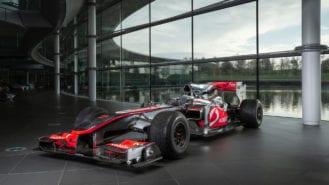 “And then probably a protest… and that is a messy situation that can take weeks before we have a result and we should not have ended in this situation.”

The inference is very clear. If the tech directive is being implemented to ensure compliance to an already existing regulation, then any non-compliance is still non-compliance even before the tighter way of measuring it is introduced. Mercedes would therefore have grounds to protest Red Bull if it ran that wing even before France – such as at Baku.

Whether Wolff really would make that protest or not isn’t the main point. What his talking about it has done is introduce some risk into Red Bull’s choice of wing for that race. Does it choose the faster one which meets all the specified load tests but which might be argued on the new basis as not legal? Or does it play safe and avoid any protest by using the slower, non-bendy, wing?