The Red Bull RB13 is the car upon which the whole tone of the 2017 world championship may depend. After making steady gains on Mercedes ever since the 2014 launch of the hybrid formula brought Red Bull’s dominance to an end, is this the season in which the return to full, title-contending form is made? 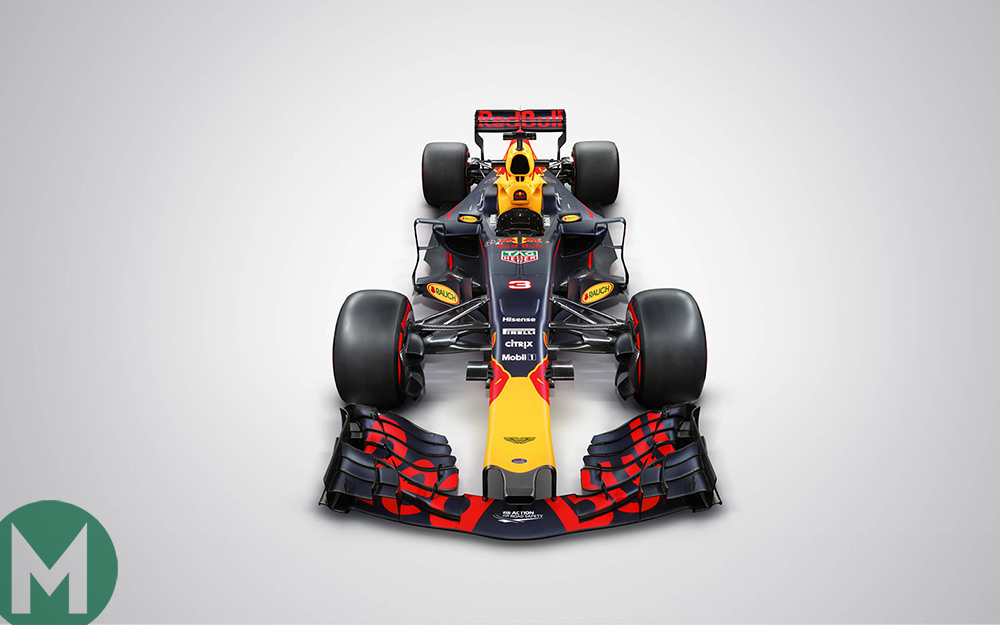 There was evidence that last year’s RB12 was at least as aerodynamically effective as the Mercedes and that the only real difference in form was down to the respective power units. Renault Sport made significant progress, particularly within the combustion chambers. But the turbo layout remained conventional with the turbine and compressor in a single shared housing at the back.

That made for a more tortuous route for the inlet plumbing and intercooling compared to the Mercedes layout, costing mechanical efficiency and space. But its performance nonetheless was vastly improved from 2015, allowing the Red Bull RB12 to push Mercedes hard enough to reveal some mechanical fragility.

It did so with a very high-rake car, an aerodynamic philosophy that was made more fruitful by the development of a very sophisticated hydraulically-actuated front heave spring. Through high speed corners Mercedes believed the RB12 actually had more downforce than the W07 and there were certain types of heavy braking into low speed corners where it seemed better able to change direction. The Mercedes seemed at least as good or better through the medium speed ranges. But the defining difference remained sheer horsepower.

It’s strongly rumoured that this year’s Renault power unit takes the Mercedes approach in splitting turbine and compressor, and mounting the latter up front to give much better routes for the plumbing and cooling, giving efficiency and space gains. If true, Viry just might be able to get on fighting terms with Brixworth and Christian Horner is emphasising that Renault Sport has had ‘a very good winter’. Wonder how the winter’s been in Brixworth?

New aerodynamic regulations are what interests Red Bull’s technical chief Adrian Newey and whether he has been able to steal a march on the others this time around is a big part of the pre-season intrigue.

Then there’s the FIA’s position in the hydraulic actuation of the heave spring. Through its query to the FIA’s Charlie Whiting, Ferrari was essentially asking whether the stored energy of this device contravened aerodynamic regulations and Whiting replied that such a system would, in his opinion, not be legal. This opinion is not binding and there are certain to be some shenanigans to play out yet on the matter – which could potentially penalise Red Bull more than Mercedes, which is using the hydraulic actuation for an arguably less radical aerodynamic effect.

Might that be the issue on which the whole season turns?

If this is a title-contending car, might Verstappen and Ricciardo takes points off each other in a way that might not happen at Mercedes or Ferrari? Will the uneasy truce in relations between them come to an end?