Enzo Ferrari could be mulish: who on Earth would think it logical to place a prancing horse behind its cart? So surmised a man basking (from July 1960) in the title of Ingegnere after receipt of an honorary degree from the University of Bologna.

Well, increasingly bullish Cooper Car Company had been begging to differ since 1946. Formula 1 success admittedly had been a long time coming for this garigista from Surbiton, but the rightness of its methodology was by now overwhelming apparent.

Ferrari chief designer Carlo Chiti grasped this nettle by persuading Enzo to let him build a rear-engined single-seater for 1960. It was a sideline – Chiti’s concurrent overhaul of the front-engined Dino was substantial – but it was a (late) start.

The eventual 246P, which looked more like the bulky BRM than the new Cooper ‘Lowline’, was tested at Modena – in Enzo’s presence – the week before the Monaco GP and then handed to Richie Ginther for his Grand Prix debut. He qualified well – equal on time but one place ahead of fellow American and wannabe team leader Phil Hill’s Dino – but was off the pace in the race before succumbing to clutch failure.

He pushed the car – said by Chiti to be usefully 100lb lighter than a Dino – over the finish line to be classified sixth after completing 70 of 100 laps.

Ginther would finish sixth at the following weekend’s Dutch GP, too, though this time he did so in a Dino – despite the 246P’s practice presence at Zandvoort.

The latter track, reckoned twisty by the measures of the day, had been the bane of ill-handling Ferraris of recent seasons. The upcoming flat-out blinds of Spa-Francorchamps and Reims-Gueux were reckoned to be much more their cups of coffee.

Yet reigning world champion Jack Brabham’s Cooper would not only out-qualify the Dinos but also outrun them at the former track’s Belgian GP. The feisty Phil Hill drew alongside him on occasion but lacked the steam necessary to overtake.

Yet another F1 norm had been turned on its head.

Cooper’s strengthening hegemony was confirmed that weekend at Spa: the works Lowlines of Brabham and Bruce McLaren finished 1-2, and local ace Olivier Gendebien locked out the podium in Yeoman Credit Racing’s privateer car.

Team Lotus in contrast endured the worst GP in its history.

Colin Chapman’s inspiration included a wide stubborn streak and he, too, had been slow in placing engine behind driver. When finally he did so for 1960, however, his design reset the parameters and forced Cooper into retaliatory reaction. 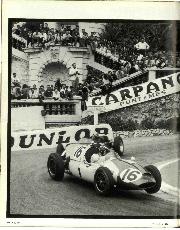 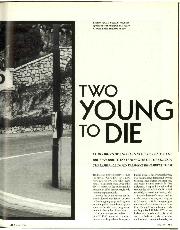 The record books hold few entries for him yet Chris Bristow is now remembered by some who knew him as "a Michael Schumacher of his day". A meteor in the…

The latter in turn was ahead of the game in terms of focusing on F1 – mainly farming out to semi-works outfits elsewhere – and running only two cars. Lotus was chaotic in comparison.

Just one of five of its Type 18s finished at Spa: Stirling Moss’s privateer car shed a rear wheel during practice and chucked the Monaco GP winner down the road and into hospital; Mike Taylor’s suffered steering failure and plunged him into the trees and thence to hospital; and the works cars of Innes Ireland and Alan Stacey crashed during the race, the latter with fatal consequences.

Only Jim Clark’s made it home, the Scot finishing fifth in his second GP and yet seriously considering his career choice as he climbed from a car spattered by the blood of Chris Bristow, the other fatality of this ill-fated race.

The injured Moss’s enforced absence put Brabham in the box seat for the title and the Aussie was at the top of his game for the Grand Prix de l’ACF at Reims – 60 years ago today.

Once again he started from pole, and once again Phil Hill took the fight to him, the pair running nose to tail – even closer at one point, to the detriment of the Ferrari’s nose.

Hill led on occasion but generally it was the little Cooper that held sway, pulling more than 180mph, with or without a tow, and being nimbler under braking.

Eventually the Ferraris buckled, all three Dinos – the rear-engined car was being reworked at Maranello – succumbing to transmission failure before two-thirds distance.

Another F1 norm turned on its head.

Cooper – faster and more reliable – now had every base covered as it finished 1-2-3-4, Brabham winning as the Yeoman Credit cars of Gendebien and Henry Taylor sandwiched third-placed McLaren.

Enzo’s mood can be imagined.

There would soon come, however, a glimmer of hope.

The rear-engined Ferrari, now in 1.5-litre F2 guise and featuring sleeker bodywork – but not yet its shark’s nose – plus a revised clutch operation that enabled its tube frame to end beneath the gearbox, returned to competition three weeks later at the Solitude GP.

Driven by Wolfgang von Trips, it exhibited brilliant form in wet practice on this undulating, verdant and anti-clockwise road course: for a time it was a half-minute quicker than the rest. The track was at its driest when Clark – racing resolve renewed – nudged the German aristocrat from pole position.

Graham Hill, one of five Porsche drivers, led the opening lap. His team-mate Jo Bonnier led the second. Von Trips led the third. And Clark, after a slow start, moved to the front on the fourth.

The latter had won the Formula Junior support race for Lotus and thus was benefiting from extra knowledge of the track in the dry.

He was also exhibiting promising composure and gradually edging away from the pack. 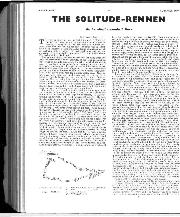 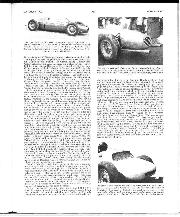 An excellant Formula 2 race The race at Stuttgart, on the Solitude circuit, a few miles out of town, was particularly interesting for a number of reasons, it being one of…

But suddenly he slowed because of rising water temperature and von Trips and Hans Herrmann, the fastest Porsche man on this occasion, swept past at half-distance.

Swapping lap records, it wasn’t until lap 17 that von Trips was able to eke a manageable lead – his victory by 3.6sec marking a new era for Ferrari.

Its handsome Dinos had one final hurrah – but their 1-2-3 at the Italian GP in September, cheered to the echo by a blinkered tifosi, rang hollow because of the British teams’ boycotting of Monza’s ineffably rough bankings.

That the Dino was more robust than its new-age rivals was the remaining F1 norm that it could cling to.

It was not enough.

Fifth that day – and the winner of the race’s F2 category – was von Trips in Ferrari’s future: a rear-engined car that handled sufficiently well so as to be able to make the most of a power advantage in its class.

A much-needed kick up the horse. 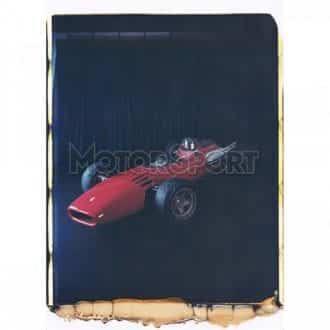