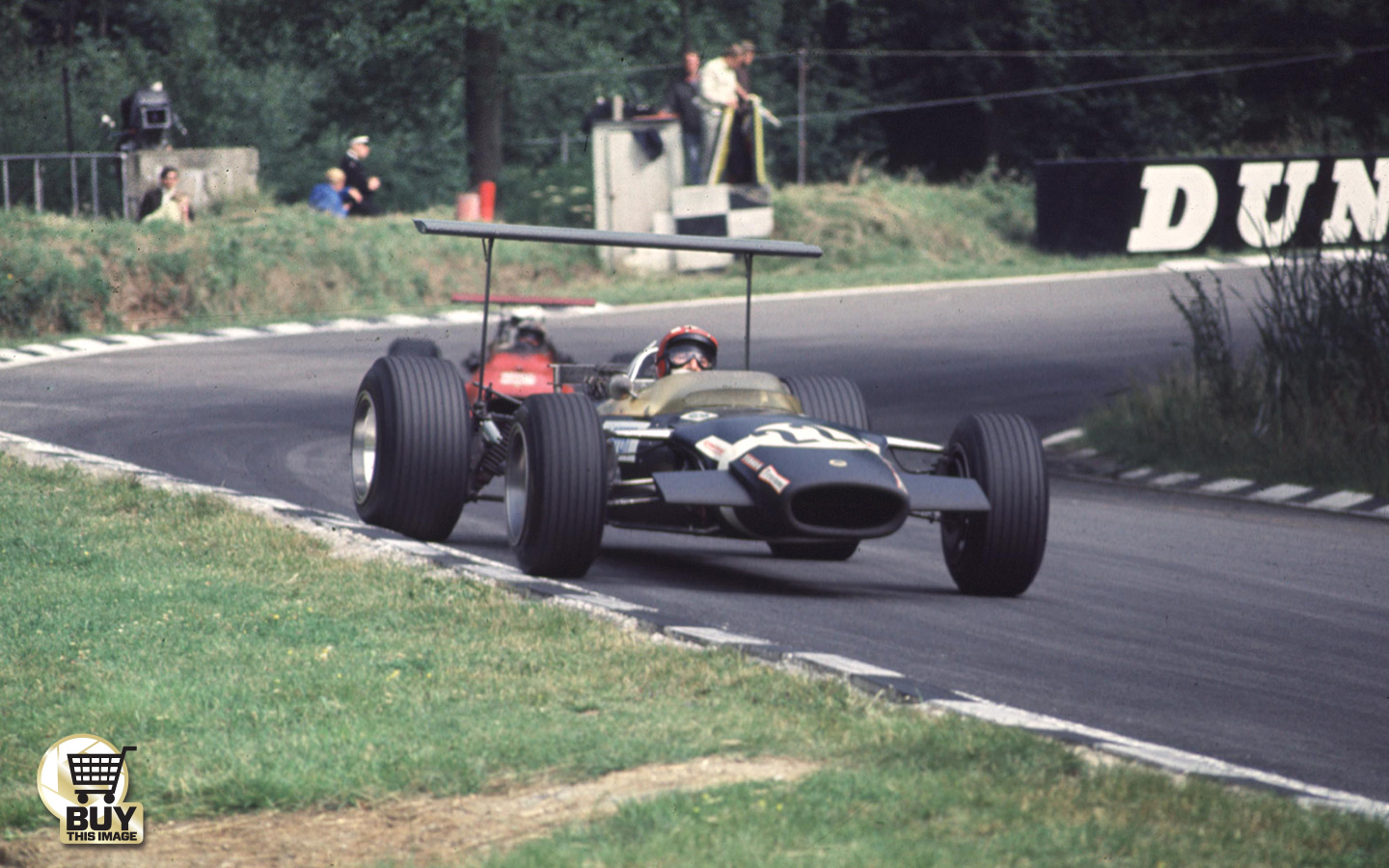 Pondering the possible contents of this column yesterday my mind turned to Jo Siffert, who lost his life at Brands Hatch on October 24, 35 years ago. Had he lived he’d have celebrated his 80th birthday this year.

Siffert is one of those legends of old whose character I’ve found hard to pin down over the years. A while back I wrote a story for Motor Sport about his relationship with Pedro Rodriguez, having spoken to many people who knew both well I emerged with a very clear picture of Pedro and even more confused about Jo. Everyone, it seems, had slightly but distinctly different recollections of the man.

But every time I think about Jo so I find it impossible not to think of Rob Walker and that immeasurably happier day at Brands three years earlier. Jo won his first Grand Prix and Rob his last, his final giant-slaying act with a Lotus 49B that was still being built during practice. That is why the subject of this column changed half way through: plenty have written reams about Jo, a man I never met, but Rob I did know, just a little, towards the end of his life. And unlike Siffert, you’ll never find a greater consensus of opinion about one person than when the conversation among those who knew him turns to Robert Ramsay Campbell Walker.

Certain words seem to define certain people – I have one that springs to mind every time the GOP’s official candidate for the US Presidency appears on my television, but would get into trouble if I published it here. With Rob that word was ‘gentleman’, the values of which were so important to him that it was listed under ‘occupation’ in his passport. And when you went to his beautiful house outside Frome to have lunch with him and Betty, his wife of more than 60 years, it was instantly clear that no other word could ever so accurately describe him.

His home was exquisitely appointed but not in the least stuffy. I remember vividly seeing his many trophies not ostentatiously arranged in a formal presentation cabinet, but lounging around the house here and there like much-loved family members. And he was so welcoming, solicitous and keen to put you at your ease that it was impossible equate this affable, avuncular gentleman with the ferocious competitor he also was.

To me, his achievements make him a true legend of the sport and it simply boggles my brain to recall he did it all as a pure privateer, buying customer specification cars from constructors who’d more often than not keep the good bits for themselves, or at least delay their distribution. These achievements include winning the first world championship Formula 1 race with a mid-engined car, winning an F1 race in a Lotus before Lotus managed it and, as mentioned at the top, winning the British Grand Prix with a car that was still being built during first practice. Most powerfully, Rob was not only the first true privateer to win in Formula 1; he was also one of the last.

Of course we must remember that on most of the great days of his career Rob had Stirling at his disposal. From that first win for Cooper in Argentina in 1958 to those fabled drives at Monaco and the Nürburgring in 1961, he had the greatest driver in the world at that time on the books. Except with Rob there never were any books: a handshake was the only contract you ever got and the only one you ever needed. But so too is it right to recall exactly why Moss, who by then could have driven for anyone he damn well chose, chose to drive for Rob Walker Racing. The answer was Rob. Remember too that when Enzo Ferrari finally conceded he had to have Moss driving his cars in F1 and asked him to name his price, Stirling replied that he’d only do it if the cars were painted in Rob’s colours and run by Rob. Staggeringly, the Old Man agreed, and had Moss not had his Goodwood accident that’s what would have happened.

But my image of Rob comes from another era altogether. It’s 8pm on Saturday night at Le Mans, 1939. The race is four hours old and the 21-year-old Rob Walker is peering down the track looking for his Delahaye. Before this season he has never done a proper race, yet is about to head out at Le Mans and drive into darkness. He is wearing a dark blue pinstripe suit because that is what gentlemen wore at that time of day. He drives until midnight, then hands over to the far more experienced Ian Connell who completes the night shift. But as dawn rises over La Sarthe a broken exhaust has made the footwell scorching hot and Connell’s feet are badly burned, too burned indeed for him to be able to continue. Rob then drives for 12 hours straight, dousing his feet in water at each stop, bringing his car home in eighth place. He then drives to Paris and parties all night.

Ask people today to name the greatest figures from the history of motor racing and a small number of drivers, designers and constructors will spring readily to mind. To me Rob Walker deserves inclusion on that list, not just for the extraordinary things he achieved with the resources as his disposal, but the extraordinary way in which he achieved them: as a gentleman.

Look around our sport and tell me we could not do with a few more like him today. 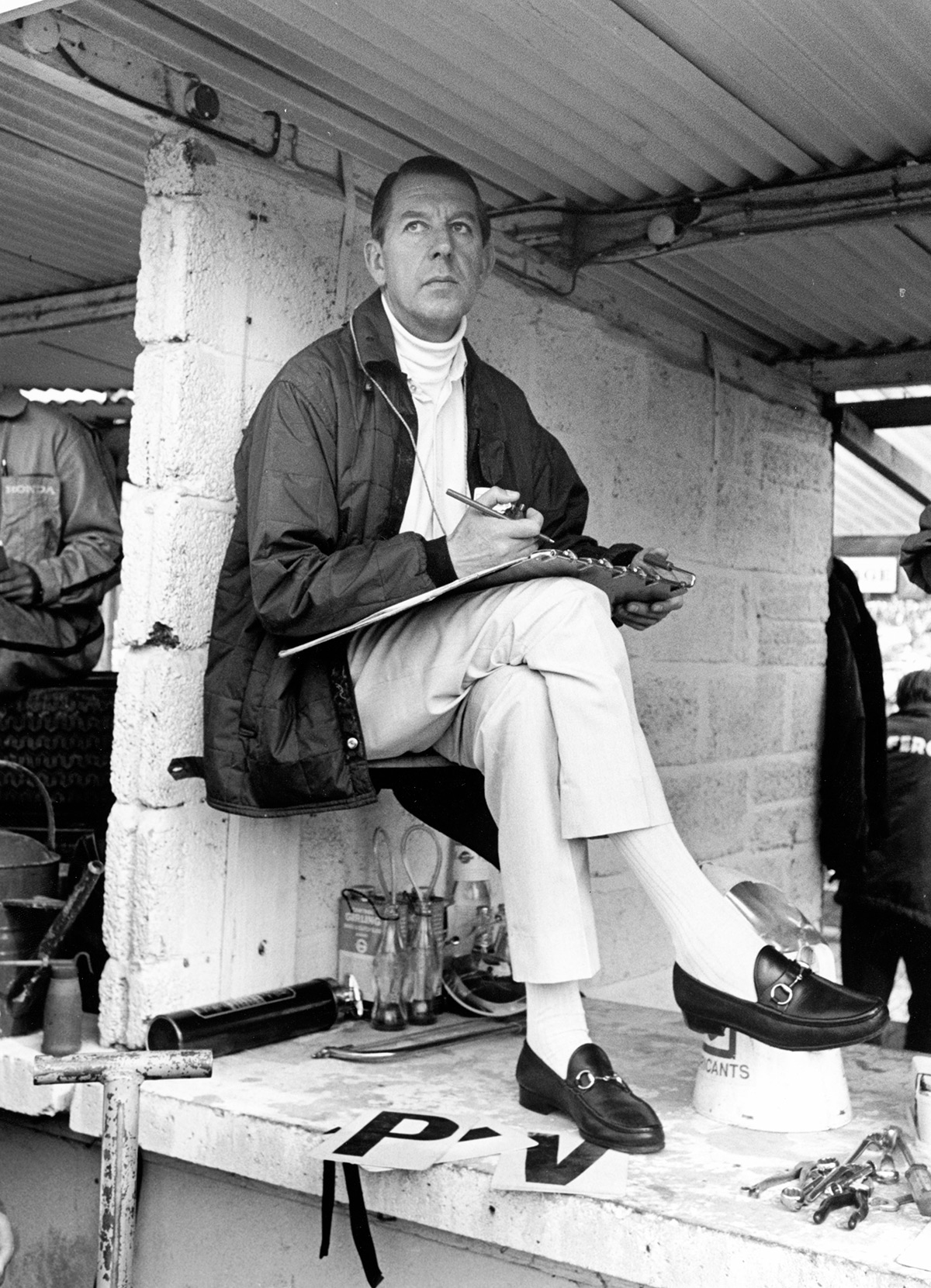