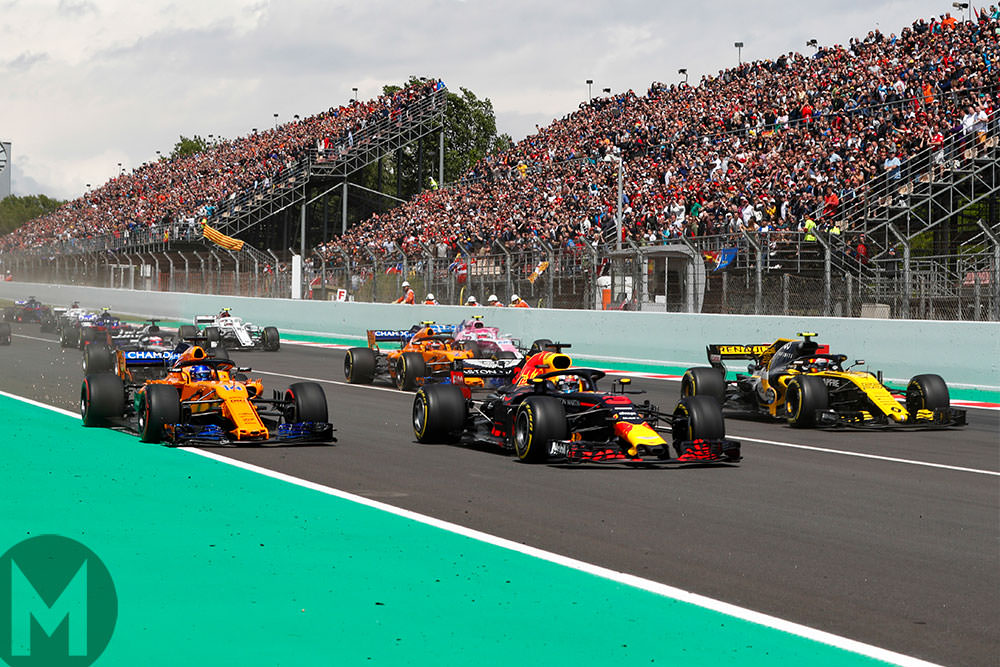 Renault introduces its upgraded motor for the Montreal Formula 1 Grand Prix this weekend. This has potentially big implications upon the shape of the championship.

The team is quite bullish about the extra performance that will be available – there’s talk of a 20bhp boost which, if true, would bring it quite close to Mercedes/Ferrari in race trim, albeit still around 20bhp adrift in Q3. But that would still equate to an approximate halving of the qualifying deficit for Red Bull.

Would that be enough to take the team off the back foot and allow it to put destiny in its own hands? The RB14 seems to have more low-speed downforce than either the Mercedes or Ferrari but is less aero-efficient than either. The crossover point at which the extra downforce brings more lap time than the cost in drag varies according to the track layout – hence the Red Bull was comfortably the fastest car even in qualifying at Monaco and possibly the fastest in the race at Shanghai (Mercedes certainly believed so). But with an extra 20bhp that crossover point gets stretched further – possibly taking Red Bull past that crucial threshold more frequently and at tracks it would otherwise have been only a distant third-fastest. If so, the title contest becomes automatically more intriguing – for so far it’s looked strictly a Ferrari vs Mercedes battle, with Red Bull looking on hoping to capitalise on any misfortunes.

A strong case could be made that Red Bull has been, operationally speaking, the sharpest team this year. But it’s also the team with the most volatile driver pairing. The whole Max Verstappen drama, set against the backdrop of a soon-to-be out-of-contract Daniel Ricciardo who is relentlessly delivering and conjuring victories, is a combustible one. As is the relationship between the team and Renault, especially as it weighs up whether to switch to Honda from next year.

So a hell of a lot is hanging upon this power unit upgrade. The layout of the Circuit Gilles Villeneuve is not the best for the Red Bull’s traits – but is better than its power/low drag-favouring reputation might suggest. It also rewards low-speed downforce and braking, both areas in which the RB14 excels. So much so that much of the superior acceleration and top speeds of the Ferrari and Mercedes might only be clawing back the time they lose into and through the succession of low-speed corners. Against that, Ricciardo looks set to be taking a 10-place grid penalty for the use of his third ers-k unit of the season – and it’s actually a bit of a bogey track for him. Sure, he took his first victory here four years ago, but it’s the one track on the calendar where he has historically been slower than his team-mate – and that includes Sebastian Vettel, Daniil Kvyat and Verstappen.

So for Ricciardo personally this may be a weekend of damage limitation for him, but how real and how big Renault’s improvement is may give him great cause for excitement.