Imola has a tough act to follow after the season-opening Bahrain Grand Prix but things are finely poised for another great weekend of F1 action from front to back.

Mercedes sneaking the win in Sakhir after it looked as though Red Bull had a firm grasp on the race post-qualifying showed how close things are at the front. The competition is right there now though for Mercedes and the title fight looks and truly on.

Lewis Hamilton made the most of his car and showed his experience in wheel-to-wheel battle with Max Verstappen and the Dutchman won’t be patient to extract some measure of revenge for missing out on the first win of the season.

Valtteri Bottas will be looking to ensure he isn’t a forgotten man in this year’s title battle. His race pace in Bahrain was under-the-radar with the battle ensuing in front of him but his speed was comprable to Hamilton. His form last year at Imola will also be a positive heading into the weekend.

Midfield battles this year are likely to be a tight affair with some teams struggling one weekend but finding form the next. Ensuring maximum performances and points will be crucial as the likes of McLaren, Ferrari, AlphaTauri and Alpine battle it out. 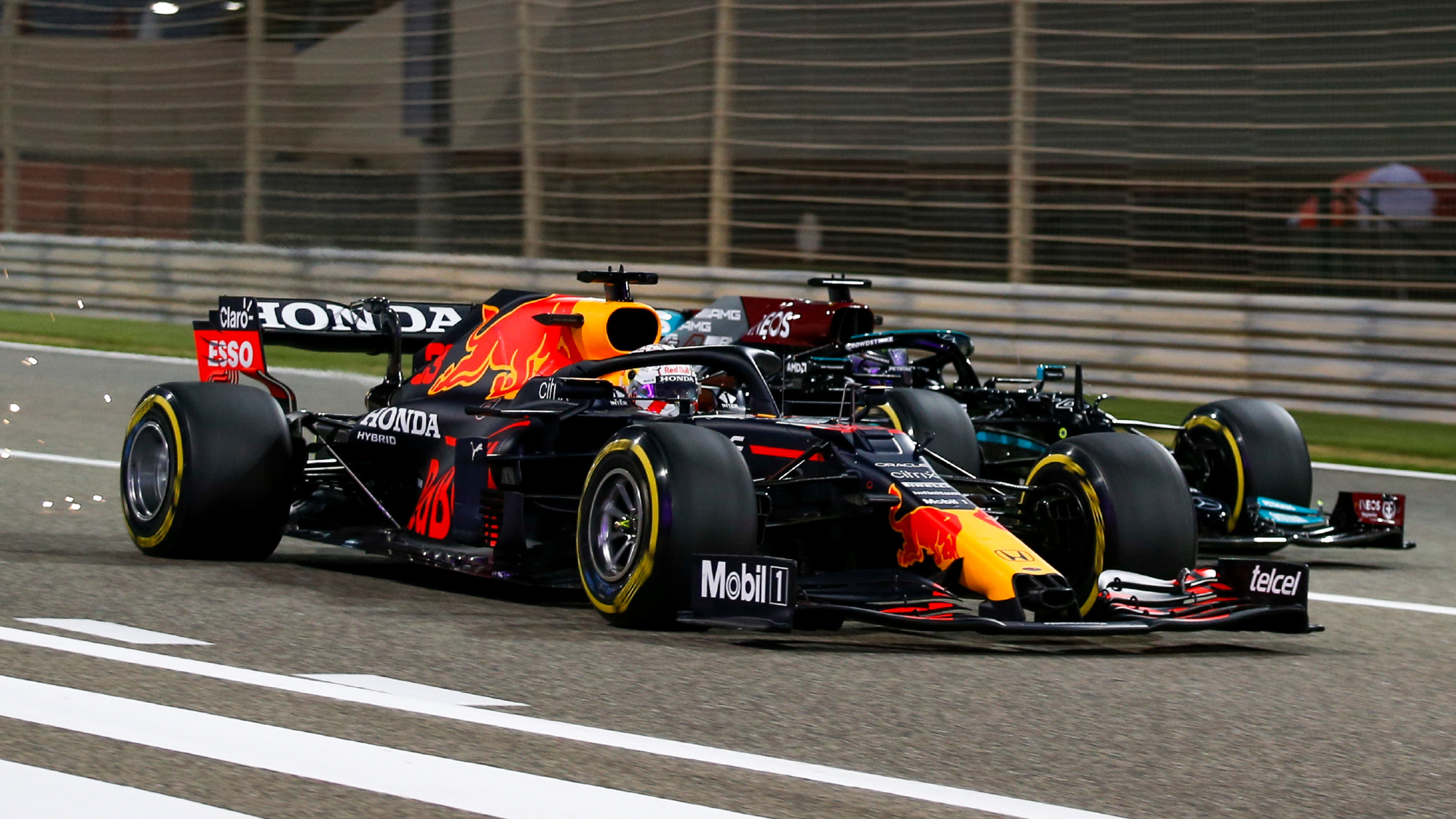 Verstappen versus Hamilton: Round 2

Bahrain was an incredible kick off to what will hopefully be a season-long battle between Lewis Hamilton and Max Verstappen.

The Mercedes driver was able to extract the absolute maximum out of the W12 but as things stand, it’s the Red Bull car that is the standard setter in 2021.

Imola has a history for showdowns betweeen title contenders. The back-to-back duels between Fernando Alonso and Michael Schumacher in 2005 and ’06 in the dying laps provided tension until the very end. A repeat of that between the title protagonists again would be box office.

Don’t forget about Bottas either. Up until he collected a piece of debris from Sebastian Vettel’s Ferrari following a lap one tangle with Kevin Magnussen, the Finn had the measure of his team-mate at the front of the field around Imola.

He’d managed to hold off Verstappen too until a mistake into Rivazza but Bottas will be eager to show he won’t crack under the same type of pressure again. He needs a strong result to put himself in the title picture because at the moment, it looks to be an epic showdown between the other two main contenders.

Keep an eye on AlphaTauri 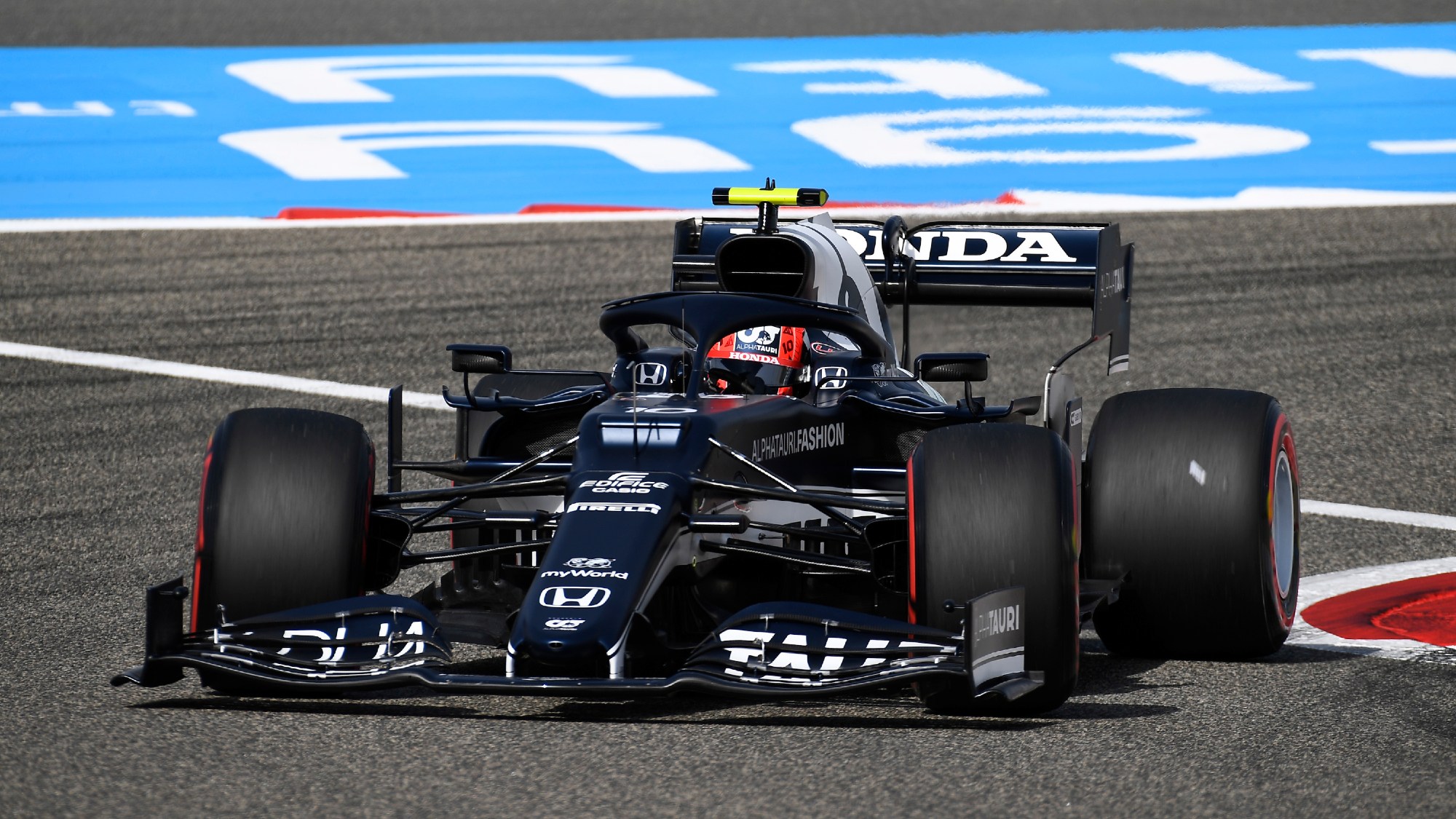 AlphaTauri looks promising so far in 2021

The only team to have run its car around Imola already this season, AlphaTauri could be a bit of a dark horse this weekend for a result.

Last season, Daniil Kvyat was pushing for a podium position in the final laps following a safety car and put moves on Alex Albon and Sergio Perez for fourth by the end.

Yuki Tsunoda and Pierre Gasly demonstrated very strong pace on the opening race weekend of the season in Bahrain, and but for first-lap contact with Daniel Ricciardo for Gasly, both could have finished in the points to open the team’s account for 2021.

Tsunoda showed his impressive overtaking prowess, putting moves on the likes of Alonso and Vettel during his first F1 weekend. The Japanese driver looks to have quickly adapted to life in F1 with AlphaTauri.

Gasly put his car fourth on the grid in qualifying last year at Imola and while the competition has closed up in the midfield this year, AlphaTauri is on good footing to repeat the feat this weekend. 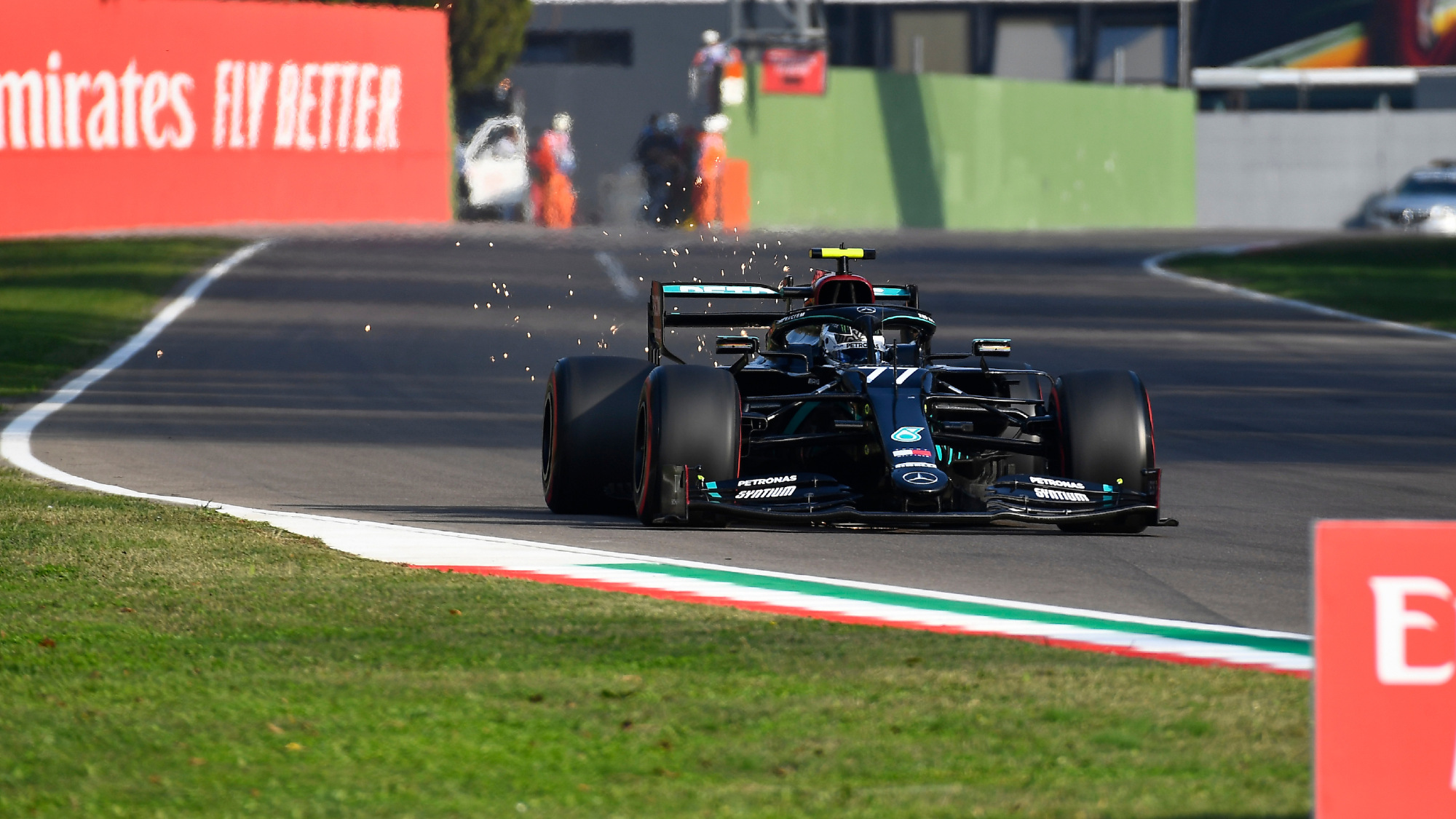 With overtaking opportunities limited throughout the lap at Imola, the lengthening of the DRS zone for the 2021 race could open the door to more action on Sunday.

Last year, the sole zone around the Autodromo Internazionale Enzo e Dino Ferrari was on the main straight into the Tamburello chicane. It proved effective in gaining the car behind several lengths on the lead car heading into the braking zone but not quite enough to get them alongside.

This season it has been confirmed the DRS activation point has been moved earlier in the straight, in line with the pit lane entrance. The detection zone has also been altered from last year’s race, with the new measuring point now ahead of the entry into the first Rivazza left-hander (Turn 17), instead of the exit of the Rivazza complex (Turn 18).

Some late braking and bravery into the final corners could reward drivers with a pass and should hopefully promote some closer racing than in last year’s race. 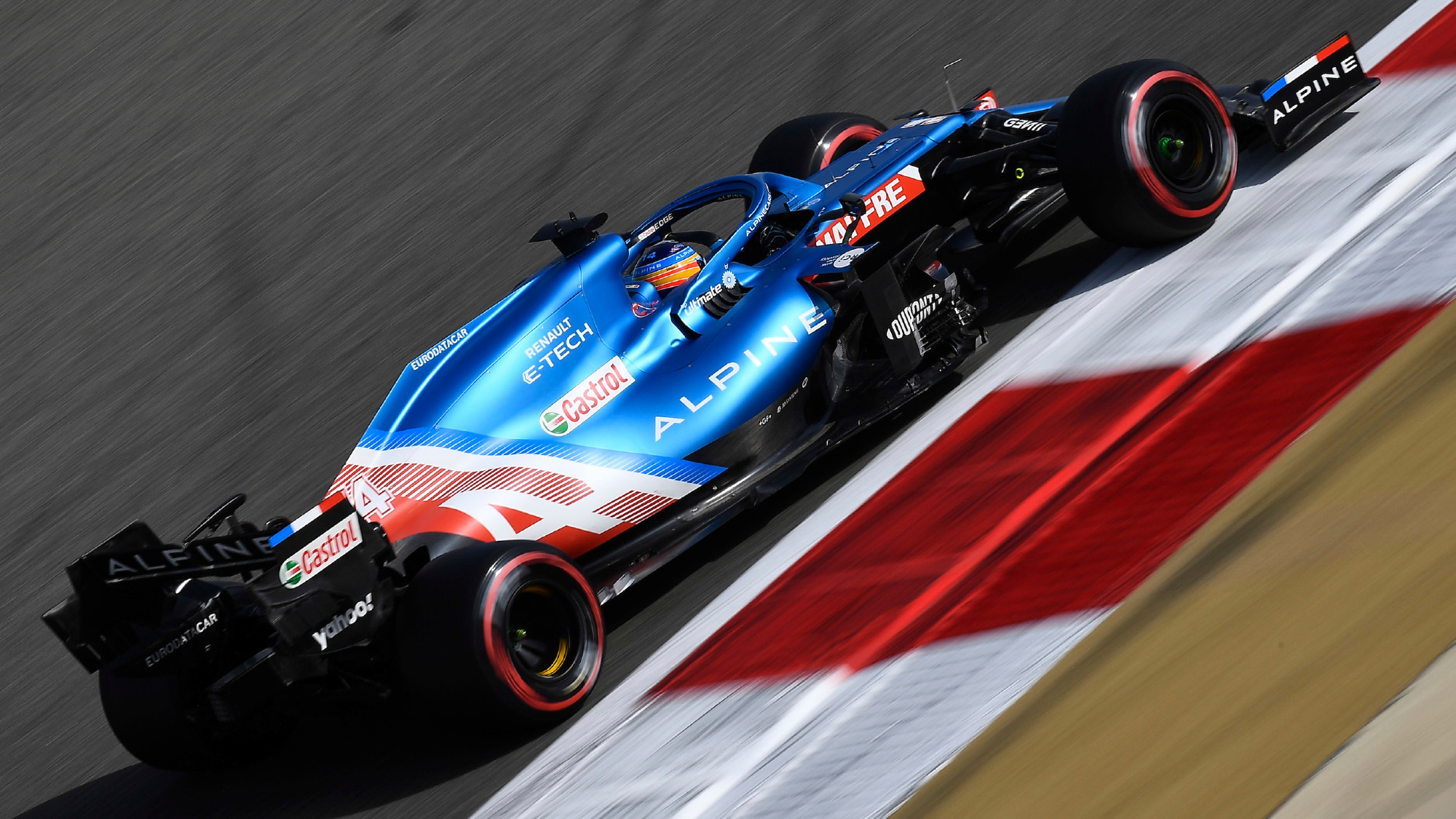 Alpine endured a difficult opening weekend. Can it bounce back this weekend?

The first F1 race for Alpine didn’t go anything like according to plan for the French team.

During practice sessions, the team was still running testing programmes that rivals had completed in the three-day test ahead of the first race weekend and when the team finally did show its hand in qualifying, it didn’t look to be as quick as its closest competitors.

Fernando Alonso dragged his car into Q3 with a typically strong performance, ending up ninth on the grid and not far off of the Ferrari of Carlos Sainz. He was having a decent comeback race too until reliability reared its head and forced him into the garage and retirement.

Team-mate Esteban Ocon had a miserable night and finished outside the points having been collected by Vettel following contact.

The team says that its issues were due to the heat of Bahrain despite the huge airbox design that has attracted a lot of attention. Midfield rivals like McLaren, Ferrari and AlphaTauri all looked to have better packages though throughout the opening weekend so it will be a big weekend if in the typically cooler European weather Alpine continues to struggle. 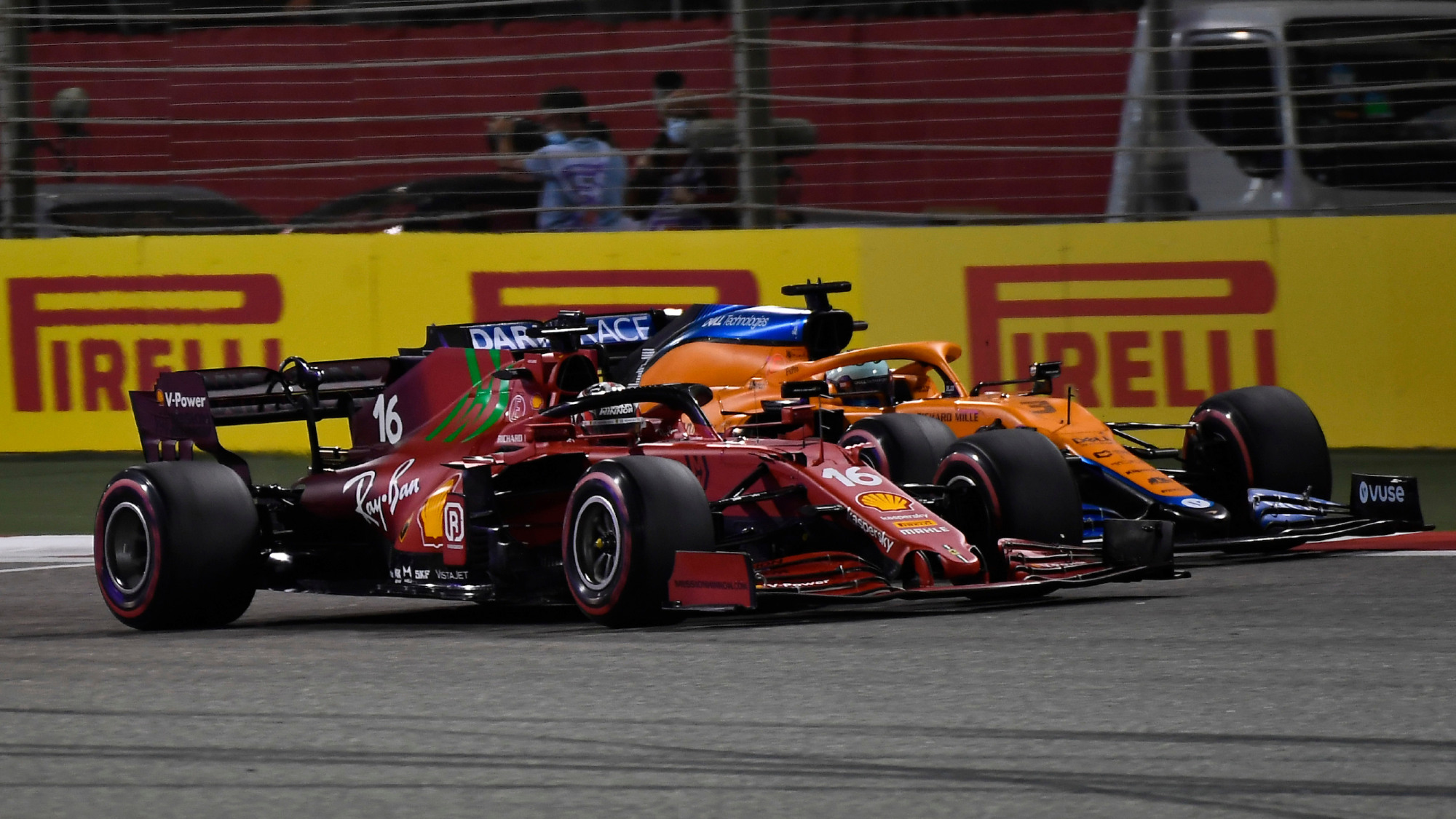 Ferrari and McLaren look very close for best of the rest

One of F1’s most iconic rivalries, Ferrari and McLaren haven’t been on an even playing field much since battling for championships in the early 2010s but this season looks to be a direct fight between the two for best of the rest.

Ferrari’s engine performance deficit looks considerably smaller than it was last year following the private FIA settlement while McLaren’s progress hasn’t stuttered despite a switch from Renault to Mercedes power.

Ricciardo and Lando Norris were looking slightly quicker than the duo of Carlos Sainz and Charles Leclerc in Bahrain, but it was a finely-poised scrap once Ferrari showed its true pace in qualifying.

Norris expected to fall away from the battle at the front of the field and Red Bull/Mercedes and Ferrari turned up the heat following final practice, but the Leclerc qualifying lap was a special one to go fourth for the Scuderia.

Ricciardo and Sainz will still be getting acclimatised to their new surroundings and machinery so expect them to be closer to the mark this weekend and going forward. The Australian took his second podium of 2020 with Renault last year at Imola, and should he repeat the result this year, he’ll win a dream drive in one of Dale Earnhardt’s Chevrolet’s owned by boss Zak Brown.