Most exciting news of the week? Webber might go to Ferrari? Vettel might leave Red Bull? Hamilton offered £95 million to stay with McLaren? (Yes, really).

No, the best of the news of the week, for me anyway, is the possible return of the Mexican Grand Prix. Not at some new Tilke Drome, but at the highly charged Autódromo Hermanos Rodríguez (The Circuit of the Brothers Rodriguez) in Mexico City, the scene of so many dramas over the years. It is reported that the Gran Premio di Mexico will replace the race at Valencia from 2013 onwards. Well, not everyone loves Mexico, but very few will mourn the loss of the Valencian circuit from the F1 calendar. 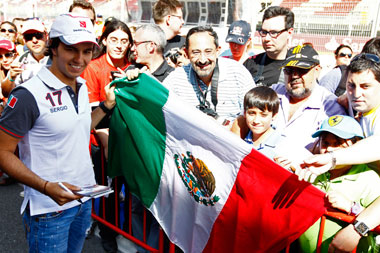 This is perfect timing, of course, with Sergio Perez riding high in the charts. And, who knows, maybe Sergio will be in a Ferrari by the time he gets to race in his home country. The place will go berserk whatever he’s driving. The Mexicans adore their motor racing, always have done, ever since Pedro and Ricardo Rodríguez (below) stormed onto the Grand Prix scene and immediately impressed with their skill and courage. Pedro became a hero in Europe, his exploits in a Porsche 917 can never be forgotten, never mind his results in a Formula 1 car. 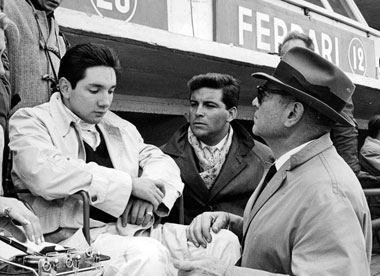 Tragically, and in the cruellest twist of fate, Ricardo was killed in practice for the very first Mexican GP in 1962, a non-championship race in which he was due to drive Rob Walker’s Lotus after Ferrari opted not to do the event. The car’s rear suspension failed at the fearsome Peraltada corner and Mexico lost a hugely talented driver, a teenager who already had a Ferrari contract in his pocket. The original Magdalena Mixhuca circuit was later re-named in memory of the Rodríguez brothers, but it was not until 1991, after Senna crashed at Peraltada, that the 180-degree banked corner was modified.

Then there’s the Carrera Panamericana, one of the oldest road races in the world, and still being staged to this day, albeit in a slightly emasculated form. The Carrera is still a mighty challenge, however, and attracts huge crowds along its route across Mexico. 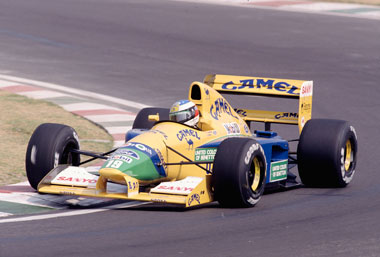 When the older ones among us first saw the rumours, our immediate thought was surely the challenges involved in bringing the famous Autódromo up to 21st Century safety standards. The last Grand Prix to be held there was in 1992, a race that gave Michael Schumacher (above) his first podium. He qualified third in the Benetton-Ford and finished third, behind a Williams one-two for Mansell and Patrese who’d locked out the front row of the grid.

The reason why some may raise an eyebrow at a return to the atmospheric Autódromo is because, in the past, crowd control was not always as it should be and safety was always a nagging concern. In 1970 a gigantic crowd, estimated at 200,000, turned up to see Pedro Rodríguez race his BRM. The championship was over, Rindt had already won posthumously, but the locals cared not for the championship, they were there to worship their hero. The race was delayed while attempts were made to get spectators back behind fences they’d torn down in the fights to get the best vantage point but – even as the race got underway – there were people on the grass beside the track. Then, while running in third place, Jackie Stewart collided with a stray dog and retired with suspension damage. This crazy event finished with a one-two for Ickx and Regazzoni in Ferraris and as soon as the cars crossed the line spectators ran out onto the circuit and brought proceedings to a merciful halt. Pedro Rodríguez was sixth for BRM and he, like the rest of the participants, was just relieved to see the end. 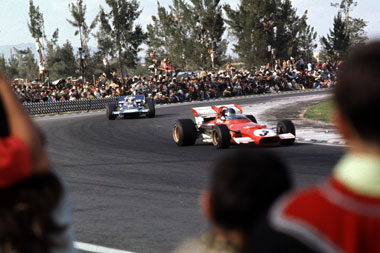 There would be no more Mexican Grands Prix until 1986.

Of course this is all a long time ago, there are now pockets of immense wealth in Mexico, and no doubt the Autódromo will be brought in line with what is expected by contemporary Grand Prix racing. Not everyone likes to go racing in this part of the world but, like the Brazilians at Interlagos, the home fans will make this one of the more thrilling, colourful and highly-charged events on the modern calendar.