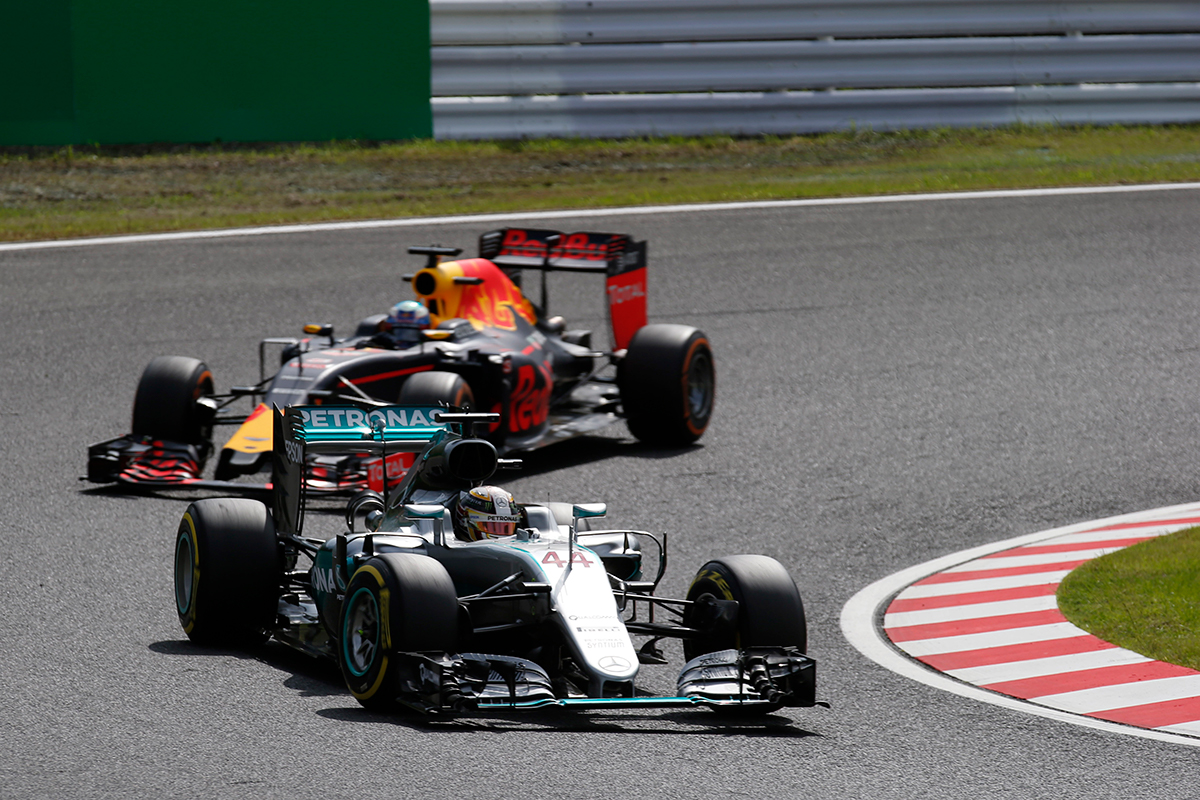 Perceived widom is that the advantage of Mercedes is down to its superior power unit. That Red Bull has the better chassis, and Ferrari is hamstrung by its inability to get a handle on the Pirelli tyres.

But is it really that simple?

Mark Hughes uses secret data to break down Suzuka corner by corner and reveals the full picture in the new issue of Motor Sport, available now. The GPS graphs, like the excerpt below, show definitively how the lap time advantage Mercedes currently enjoys is derived. 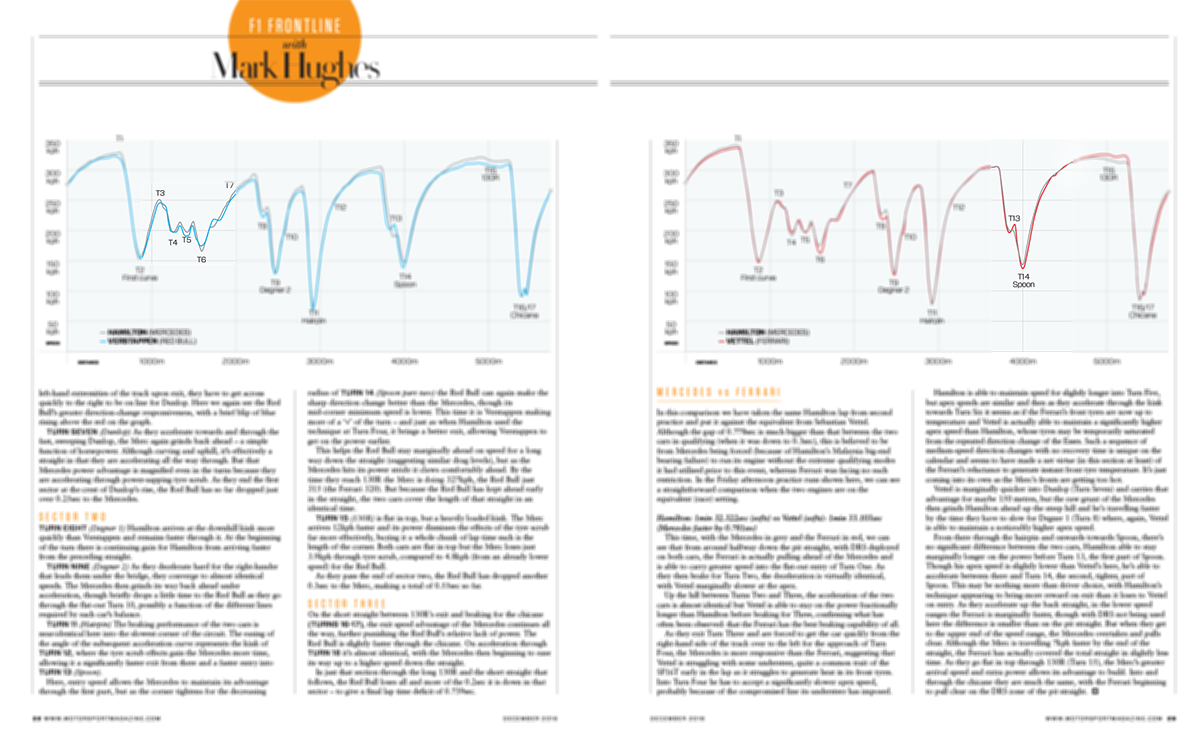 The Merc’s greater speed is again carried through into the early part of the turn, elongating the time gain made through the straight-line speed advantage. But this time as they decelerate to the speed required to keep the car on line – where they have to get from the right-hand side of the track over to the left for the approach of Turn Four – the Mercedes is slower than the Red Bull, which has a more responsive front end, giving a sharper directional change. This is part and parcel of its high rake concept, which endows the front end with more grip for a given front wing angle.

Hamilton decelerates slightly less than Verstappen on the approach and is actually slightly faster into the turn, but Verstappen’s less extreme deceleration allows him a higher apex speed as he is asking less from the front tyres. But Hamilton’s lower speed is a result of making more of a ‘v’ of the corner than a ‘u’, accepting the slower apex speed for the ability to get earlier on the throttle, to maximise his power advantage – especially as the following section is uphill.

The entry speed into here is determined simply by how fast the car is going as it reaches the turn, so Hamilton’s advantage carries all the way through.

Hughes goes on to say:

The Mercedes derives most of its edge from a power advantage, increased further in qualifying with the extreme engine modes available for short stints. But these were not used in Suzuka qualifying because of reliability concerns after Hamilton’s engine blow-up at Sepang. Untypically, in Japan it was Ferrari that could turn up its engine more in qualifying, enabling it to close the gap on Mercedes and draw away from Red Bull.

Buy the latest issue for the full comparison of Mercedes, Red Bull and Ferrari