Formula 1 has revealed the final phase of its revised 2020 calendar, which will include a return to Turkey as well as visits to Bahrain and Abu Dhabi for what will be a 17-race season.

After the postponement of the season following the positive Covid-19 case all the way back in March ahead of practice for the Australian Grand Prix, F1 has arranged a highly unorthodox season that will not end until mid-December.

The beginning of the final stint will commence on November 11-13 for what will be the first race in Turkey since 2011 at the hugely popular Istanbul Park.

Back-to-back races in Sakhir for the Bahrain (November 27-29) and Sakhir Grands Prix (December 3-6) will lead in to the finale, taking place at the usual season-ender at Yas Marina, finishing the 2020 season on December 13.

The three final races will form the fourth and final triple-header of a compacted season. It will also be the latest finish to a season since 1962, with that year’s championship ending on December 29 with the South African Grand Prix.

The opening nine rounds of the season have been scheduled to take place across 11 weekends, with the latest Spa, Monza and Mugello trio the third triple-header already this year.

“While we are all disappointed that we have not been able to return to some of our planned races this year we are confident our season has started well and will continue to deliver plenty of excitement with traditional, as well as new, races that will entertain all our fans,” F1 CEO Chase Carey said in the latest announcement. 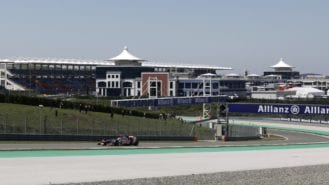 Both the Portuguese and Russian Grands Prix have already begun selling tickets to both of the respective races but F1 is yet to confirm any formal plans for fans at specific races.

Turkey had been scheduled to be a part of the 2012 season but was struck from the calendar following its 2011 race. It is the third returning circuit to be included in the rearranged 2020 championship after the Nürburgring and Imola.

New editions to F1 in Mugello and Portimao have replaced usual staples such as Monaco, Albert Park and the Circuit Gilles Villeneuve and promise an all-new spectacle for fans to enjoy.

Many drivers have marked out the second Italian race as a highlight, with qualifying expected to be one of the most intense of the season on the high-speed Ferrari-owned track.

F1 has also taken the chance to experiment with weekend format, an idea that was suggested ahead of the now delayed 2021 regulation changes.

Imola will be condensed into a two-day event, with no running taking place on the Friday and only one free practice session ahead of qualifying on the Saturday

Like the Austrian and British back-to-back races before it, the second Bahrain race will feature an alternative one-off title, officially labelled as the Sakhir Grand Prix.

Since the cancellation of the Australian Grand Prix hours ahead of first practice, the F1 season has been on hold as measures against Covid-19 have been in effect globally.

The postponement of the season has led to the cancellation of the French, Monaco, Dutch, Azerbaijan, Singapore, Japanese, United States, Mexico City, Brazilian and Chinese Grands Prix. 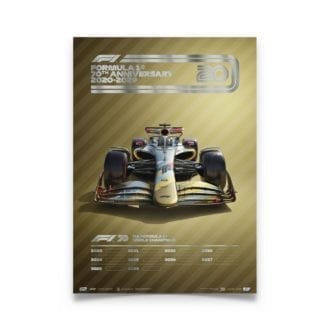