Recently I had cause to call the Attwood household. Mrs Attwood answered and we had a quick chat about dogs. When I asked if I might speak with her husband, she chuckled. 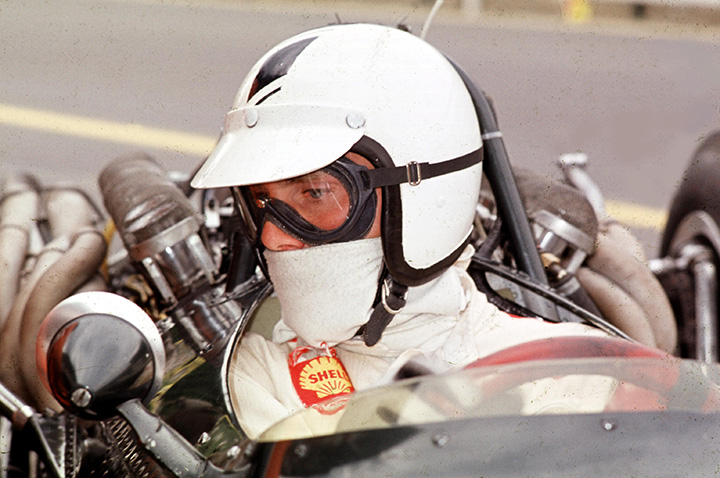 This particular worm had missed that early bird by several hours. Richard’s schedule that day ran something like this: up at 5.30am – to miss the traffic – spend the day with Porsche at a chilly Silverstone and return in the evening dark.

So Mrs Attwood agreed a Sunday afternoon slot on his behalf as “the best time to reach him”.

It was at least a week before this worm remembered he’d forgotten that appointment. So I called to apologise.

Mrs Attwood answered again and we had another chat, this time about donkeys, to wit their delayed arrival chez Fearnley on the Sunday in question. An unusual excuse at least.

When I asked if might speak with her husband, she chuckled once more: “Don’t!” Up at 5.30am, etc. Blimey.

Apparently Richard sleeps long and deeply when that schedule allows: “He’s lucky like that. Just switches off. Drives me nuts.”

Mr Attwood, 75, was in fine form when finally I caught up with him to talk about his “blood brother” Mike Hailwood for a future Motor Sport feature. Our interview not only touched upon the sportscar successes – in GT40, P2, T70, 908 and 917 – for which Richard is best remembered, but also it picked out some of the struggles that frustrated his single-seater promise.

Fifty years ago tomorrow, for example, he won the Levin round of the Tasman Series in a works BRM P261. His was a lucky victory in that Frank Gardner’s dominant Brabham swallowed its transmission two short but bumpy laps from the finish, but it was also deserving in that he was in the right place to pick up the pieces.

The following weekend he finished second to team-mate and eventual champion Jackie Stewart at Wigram Airfield.

He had done so as a temporary replacement for team leader Graham Hill, who was soon to return to tackle all four Australian rounds.

Attwood contested the New Zealand rounds for BRM in 1967, too, and finished third at Pukekohe and Levin, and second at Wigram and Teretonga. The only men ahead of him on each occasion were Jim Clark and/or Stewart.

That this time Formula 3 tyros Chris Irwin and Piers Courage replaced him for the Australian rounds, however, was indicative of his plight. The 1963 winner of the prestigious Monaco Formula Junior race and inaugural recipient of the Grovewood Award – first prize £500! – as Britain’s most promising young driver was already caught between two stools: not yet deemed works number one material, no longer considered a hotshoe.

Stewart, of course, was both.

From the Archive: Lunch with Richard Attwood (October 2008)

Attwood had left BRM after a maddening 1964 spent mainly testing its underwhelming and ultimately doomed four-wheel-drive F1 car. His only competitive start resulted in a fourth place at Goodwood.

He had done enough in the new Formula 2 – an eye-catching second to Clark at Pau followed by a win at Aspern in Austria – to convince him, and others, that he needed and deserved more experience at the highest level. 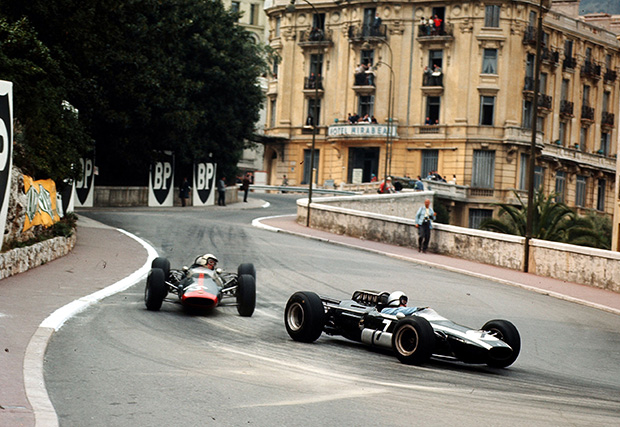 His decision to join Reg Parnell Racing for 1965 ticked that box. Sadly, its three-year-old Lotus 25, though fitted with the works BRM engine, was a ‘nail’ in his F1 coffin. Hard-earned sixth places in Italy and Mexico had ‘reliable’ and ‘trusty’ written all over them. It was ‘official’: the prematurely balding Midlander was old before his time.

Even his prowess at Monaco – he qualified sixth in 1965 – and at Pau, where he finished runner-up to Clark for a second successive season, perhaps became a millstone: an accurate stylist lacking a puncher’s power.

That would have been harsh given that he’d won in F2 at Vallelunga (in 1965) and finished second at Albi, Reims, Rouen and behind Clark at the little-used Nürburgring Sudschleife. He’d also set fastest laps at Aintree, Clermont-Ferrand – a volcanic eruption of a circuit – and Zolder. All achieved in Lolas that tended to fade as a season progressed.

But he couldn’t shake off those tags.

Despite, or perhaps because of, his consistent Tasman performances he contested only one world championship Grand Prix in a two-year period: Canada 1967, as Cooper’s replacement for an injured Pedro Rodríguez.

Sportscars filled that void until BRM came calling again. As its replacement for Mike Spence, killed testing a Lotus turbine at Indy, Attwood finished a brilliant second at Monaco, setting the race’s fastest lap on its last lap to close to within 2.2secs of Graham Hill.

It only dawned on him how much ‘Mr Monaco’ and his Lotus 49-Cosworth had had in hand when 12 months later he joined him as one-off team-mate (below), as a replacement for the injured Jochen Rindt, and finished a fine fourth. 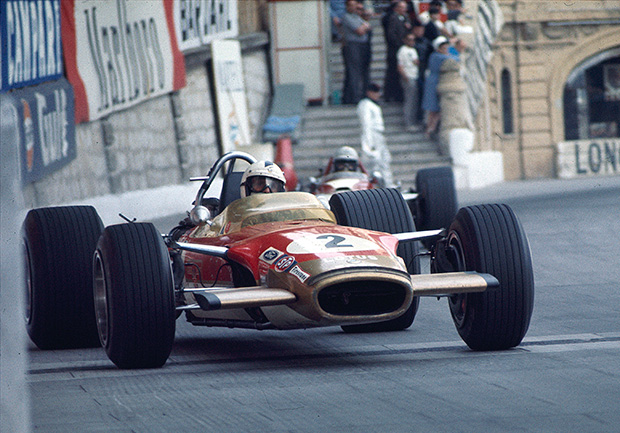 Two years later Attwood divorced himself from the sport – “I didn’t even read the magazines” – to concentrate on the family business. He returned in the mid-1980s with the Nimrod sportscar team – another so-so decision – but luckily for us continues to drive stylish cars in a stylish fashion at stylish historic events.

Attwood and Hailwood, Peter Gethin, David Hobbs and Brian Redman gravitated towards each other. Blessed with talent but lacking the killer instinct, they scored one GP victory between them. But they won heaps just about everywhere else and enjoyed themselves immensely in the process.

So often F1 is an unnecessary complication.

As the scorer, alongside Hans Herrmann, of Porsche’s first Le Mans victory and a star at Monaco, it’s little wonder that Mrs Attwood’s husband sleeps well while continuing to lead a full life.