Brabham had yet to celebrate a second Formula 1 birthday when in 1964 it scored its first World Championship Grand Prix victory. 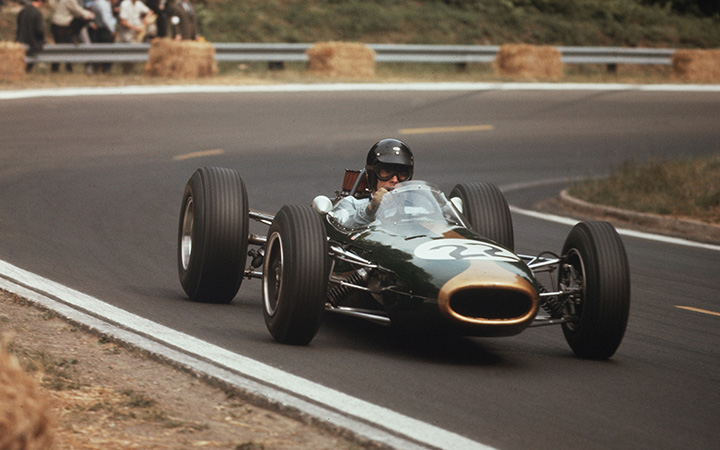 It took the mercurial Colin Chapman’s Team Lotus twice as long to achieve the same.

Yet Jack Brabham’s split from Cooper Car Co at the end of 1961 was deemed radical at the time.

The ‘nut brown Aussie’ quietly backed himself to succeed, just as he had in 1955 when he sold up – and left wife Betty and first son Geoffrey at home – to chase a distant dream on the other side of the world. 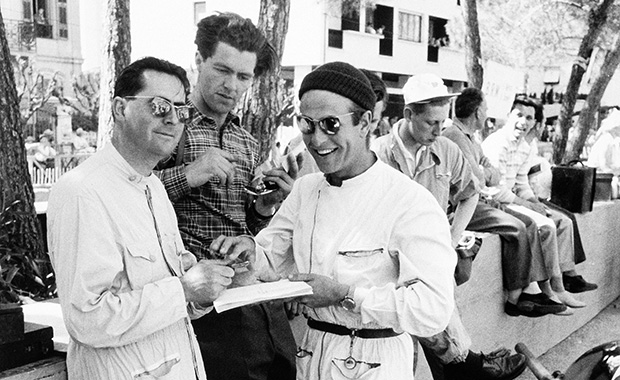 Brabham in Monaco with Peter Collins

It was too far to come – via thrumming Qantas Super Constellation and BEA Elizabethan – to fail.

Having first turned the sport front-to-back with Cooper, the wonder from Down Under now stood it on its head by building from the top down.

Perceived wisdom was for other, less self-reliant, blokes.

Jack steered a distinctive path on and off the track: head down, elbows out, nose to the grinder (and lathe, etc) and few words (more often than not to the wise).

Deftly wielding the clout afforded a double world champion, he tapped up suppliers and tapped into the burgeoning network of motor sport subcontractors – many of them in Surrey’s ‘Brooklands Corridor’ – to create a new-generation team. 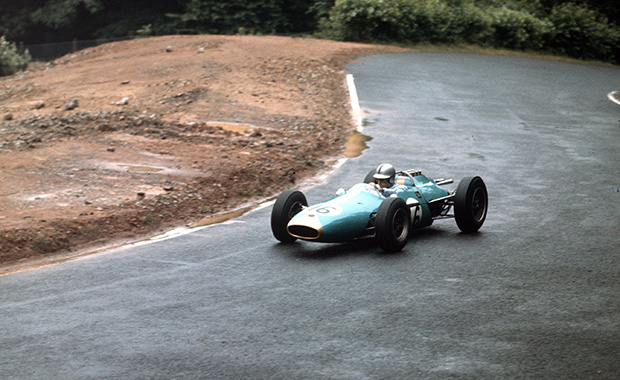 Brabham thus provided the blueprint for F1’s Kit Car Era. It even introduced two of its key constituents: Hewland gearboxes (1963) and Goodyear tyres (1965).

Jack’s relationship with compatriot, fellow taciturn ‘own man’ and blue-collar blue chip designer Ron Tauranac was more equal – and therefore spikier – than that of Chapman and Jim Clark. It also lacked the latter’s vital spark of God-given genius.

That Jack and Ron, realists both, recognised this allowed them to turn it into a positive. Rather than slavishly follow Chapman’s monocoque lead, Brabham stuck with space frames that were easier on the pocket, easier to repair – and damned difficult to beat.

After a niggly August F1 debut at the Nürburgring – Jack still gleefully passed a couple of Ferraris – the handsome BT3 finished fourth at Watkins Glen and East London. Not only did these results make this game-changer the first driver to score points in a car bearing his own name, but also they helped to convince Dan Gurney to join him for 1963. 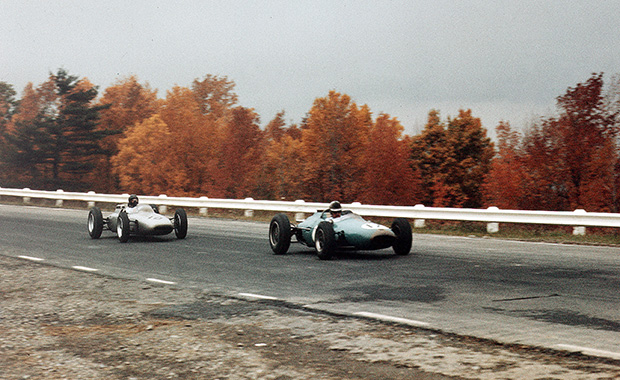 Brabham beat Ferrari to third in the constructors’ championship that year, and Jack scored two wins in non-championship races: the Solituderennen and the Austrian GP at the bumpy Zeltweg aerodrome.

By 1964, it arguably had a super-competitive season’s fastest car. Tauranac’s suspension tweaks suited Dunlop’s new, lower-profile R6 ‘doughnuts’, wily Jack was still the field’s best chassis-tuner, and Gurney was at the top of his game.

Jack hustled Clark’s brand-new Lotus 33 at the Aintree 200 and was leading it when the latter, under pressure, made a rare error of judgement while passing an inattentive backmarker and crashed. 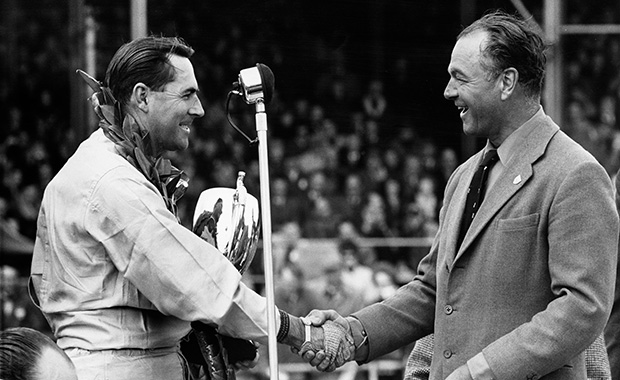 Gurney then scored back-to-back Benelux pole positions at Zandvoort and Spa, only to break his steering wheel at the former – Dan was as strong as he looked, according to Jack – and agonisingly run out of fuel at the latter.

Clark had had Gurney’s measure in Holland, but the brilliant Scot had no answer to the American in Belgium. Tauranac’s canny use of the full-size wind tunnel at MIRA ensured that his BTs’ impressive top speed and fast-corner stability bolstered Gurney’s talent.

Details were what let them down: injection, ignition and throttle installations caused several maddening retirements when well placed. This was a finicky learning process that even Brabham could not avoid – nor give his full attention to.

The financial tug of war between the bulging order book of Ron’s Brabham Racing Developments and the long check lists of Jack’s Brabham Racing Organisation was an unequal contest: customer satisfaction came before in-house customisation.

Privateer Brabhams won two non-championship F1 races in 1964 – Jo Siffert (by a nose) at Enna and Graham Hill at Kyalami – and there were no fewer than five on the British GP grid at Brands Hatch.

They were even more popular in Formula 2. Silvio Moser, dominator of that year’s Temporada, the startlingly fast Jochen Rindt, Alan Rees and Jo Schlesser won in them, while Jack (four) and protégé Denny Hulme (two) scored half-a-dozen victories between them. 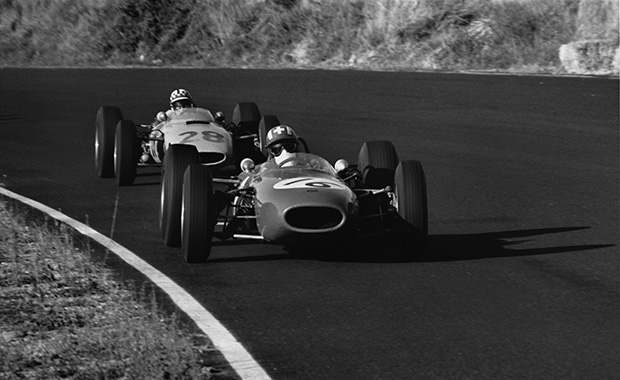 Rapid expansion and hectic schedules – from Ollon-Villars hillclimb in Switzerland to a tragic 1964 Indy 500 – would pull Ron and Jack apart: to the point of collapse.

But on a pleasantly warm late-June day at green and pleasant Rouen all was right with the world.

Good fortune – backed by reliability – favoured them at last and Gurney won the French GP after Clark’s Lotus lunched a piston. Jack might have made it a 1-2 but for a slight misfire; he fell just eight-tenths short despite setting the fastest lap during his frenetic dice with Hill’s BRM. 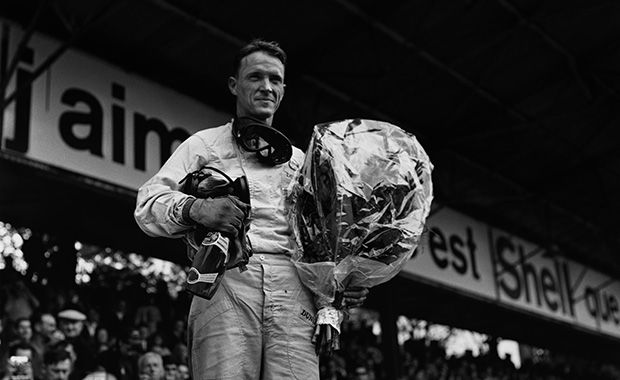 Gurney would lead in Germany, Austria (now a World Championship round) and Italy, too, only to be sidelined by problems with no discernible pattern, which was the major part of the problem.

At the Mexico finale, however, he received a second payback for his sterling efforts when Clark suffered another engine failure, this time within a lap of victory and a second world title.

Gurney would end 1965 strongly, too – with five consecutive podium finishes, though it was obvious that Lotus had stolen a march – but, inspired by his boss, he flew the nest to fly his Eagle.

Bruce McLaren, another Jack Brabham ‘graduate’, had already set up an eponymous team.

Both Dan and Bruce would win GPs in cars of their own making – but only Jack, the daddy, would secure a world title in one: 1966. 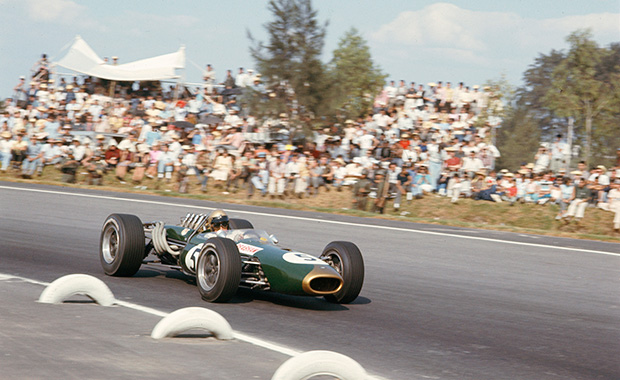 Gurney’s decision to move forced Jack into a rethink. He fetched his crash helmet from its anticipated permanent peg, agreed new rules of engagement with Tauranac – Ron was to play a more hands-on role in the new 3-litre F1 – and enjoyed his greatest season thanks to a large slice of common sense and a side order of lateral thinking.

His shoes will never be filled.