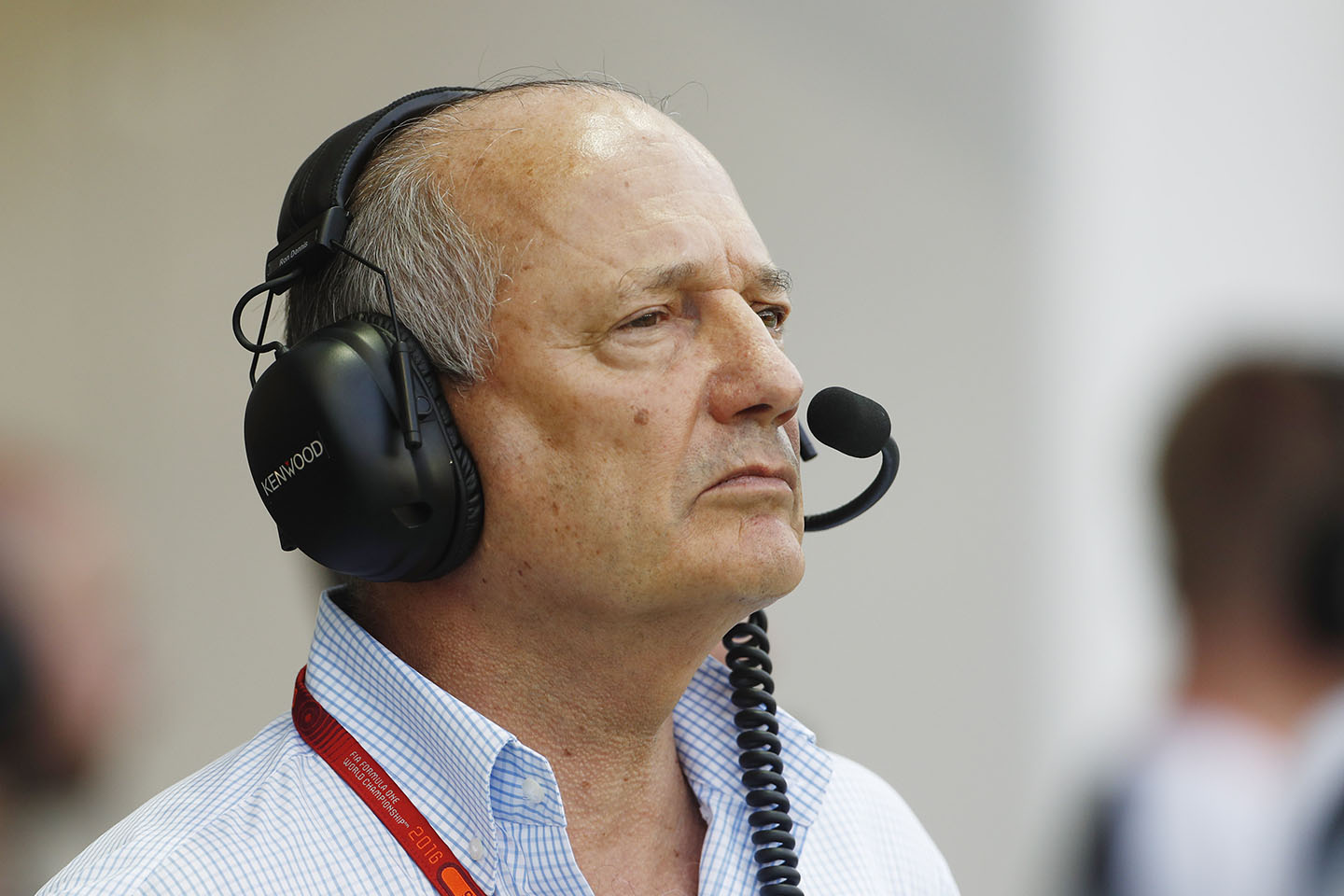 So Ron Dennis’ three-year coda at the helm of McLaren’s F1 team has been forcefully brought to an end. The McLaren board voted to oust him as CEO of the team on Tuesday (though he retains a 25 per cent share of the McLaren Group), this after Dennis had unsuccessfully gone to the high court seeking to prevent the board from putting him on immediate ‘gardening leave’ rather than wait until his contract expired in January. It was a move that had long been coming – arguably ever since he was first re-instated as team boss in 2014 in a previous boardroom coup.

In many ways it’s a tragic conclusion to the McLaren-Dennis story. His forceful instalment as initially joint boss (with Teddy Mayer) at the tail end of 1980 – insisted upon by team sponsor Philip Morris after Dennis had successfully campaigned its sponsorship boss John Hogan – turned around a team headed for oblivion into the greatest superteam the sport had ever seen. The scale of what he achieved dwarfed not just the team’s previous history, but that of any other team. He presided over the transformation of a rag-tag bunch of blokes in an industrial estate to an automotive conglomerate with a turnover of £850m per year. In doing so, he became the most successful team boss in the sport’s history, eclipsing even Enzo Ferrari in hard numbers if not in status.

He has so many outstanding qualities. A visionary businessman, he almost single-handedly changed the gauge of what an F1 team was, essentially upping the stakes of what was required to compete and forcing the others to follow in his wake or wither away – like Lotus, Brabham and Tyrrell eventually did. They were old-school top F1 teams. To borrow from the song, they saw the crescent, he saw the whole of the moon. Dennis-era McLaren was the new blueprint.

His vast ambition was matched by the reach of his skills: his business creativity, his negotiation agility, his incredible tenacity, his grasp of the macro and the micro that allowed him to link the crucial elements because he understood each of them – racing, technology, finance, image and the commercial market in which he was operating – and how they each could be grown symbiotically with the others. He is almost certainly the greatest industrialist the sport has ever seen. 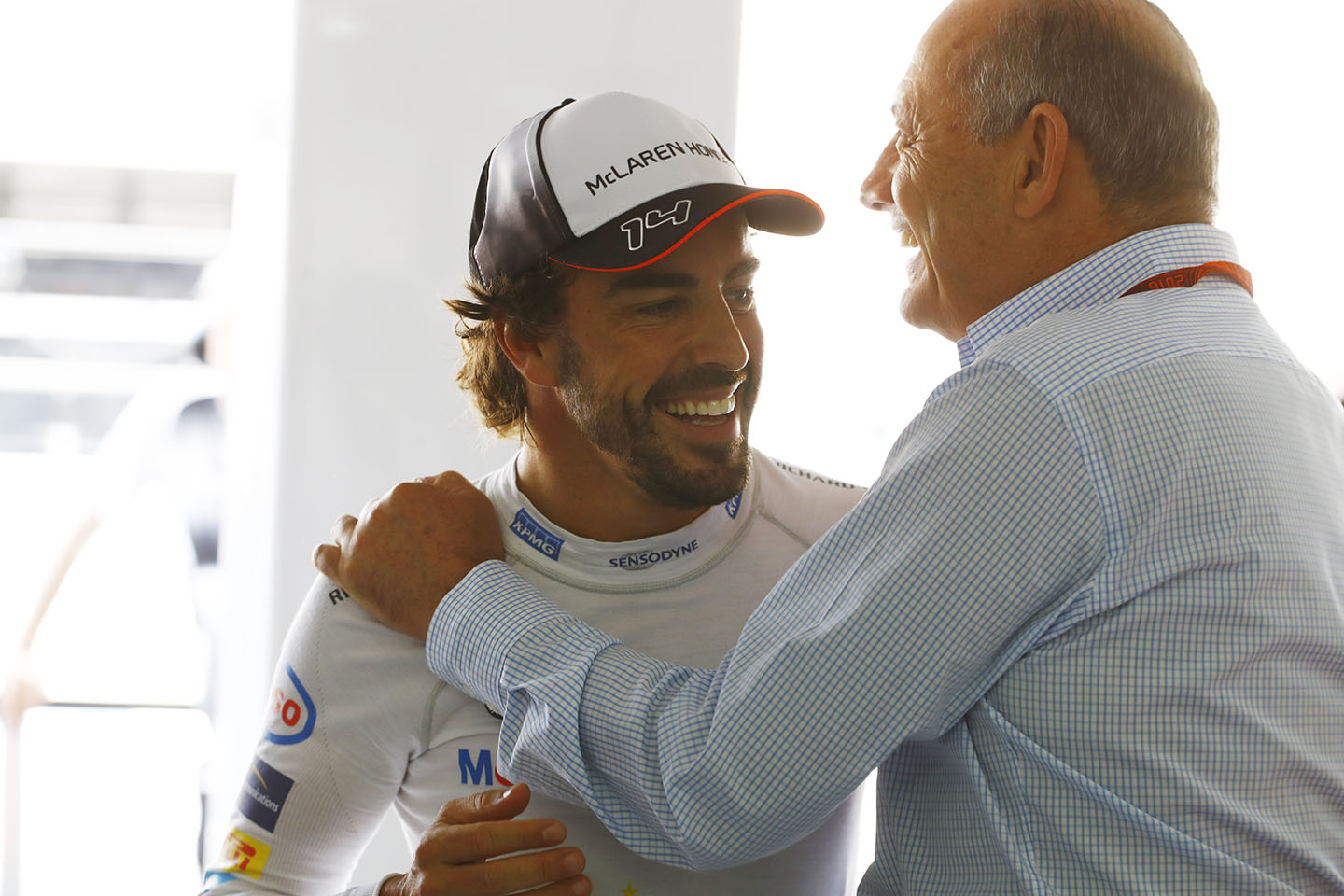 There is a ‘but’ – as there inevitably is with anyone so driven. Those ‘buts’ vary from one huge achiever to the other but Ron’s was always an abrasive edge. He never had the charm of, say, Colin Chapman. But he was of a different era, when Chapman’s fast and loose way with getting what he needed would never have been appropriate. But it was more than that. Over the years that edge seemed to seep deeper into Dennis’ persona. He made a lot of enemies as he progressed, not just in the superficial competitive way, but with many of those who had partnered him in success. As the team became a colossus, very few of those who left him did so on good terms. From Gordon Murray to Adrian Newey. From Fernando Alonso to Lewis Hamilton. And they are just the famous headline names. There were others. But two men stand as the most crucial enemies he made: Max Mosley and Mansour Ojjeh (below). One the President of the governing body and as such someone with powerful sway over McLaren’s fortunes, the other a hugely important partner in allowing Dennis to achieve what he did.

Dennis’ manner as the highly principled working class man made good was always going to chafe with the intellectual, aristocratic Mosley. But that relationship developed into something more personal, poisonous and vindictive until eventually, in 2007, it inflicted serious wounds upon the team. The industrial espionage case and the $100m fine cracked the very foundations of McLaren. Aside from the financial penalty, the incident itself, and how Dennis handled it, played a significant part in critically damaging his partnership with Mercedes – leading indirectly to the entirely different entity that is currently dominating F1. It also damaged the team’s reputation on the commercial market. 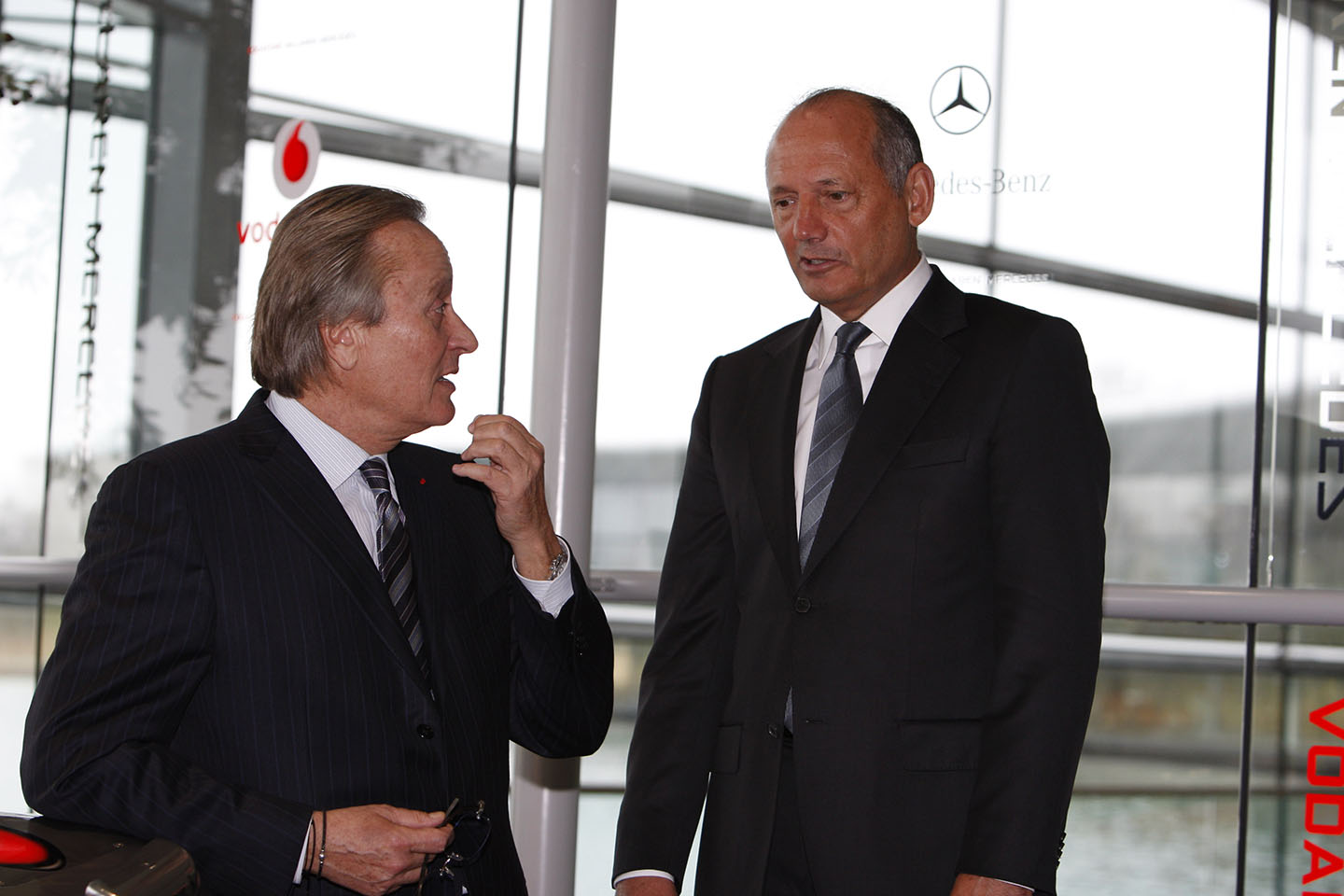 But perhaps more seriously than that, it triggered a series of events that lost Dennis the friendship of Ojjeh, the backer who Ron had enticed away from Williams in 1981 and who had provided the finance to fuel the team’s initial expansion and who thereafter was the financial muscle in the background that allowed McLaren the ability to step over the gaps between partners, giving it independence from them.

To fall out with that man after all they had achieved together should have been difficult, but Ron somehow managed it. Something (very) personal must’ve happened to have done that. Dennis’ boardroom coup that ousted Martin Whitmarsh as CEO when Ojjeh was between life and death in a hospital bed was something to do with it. But not all. Ojjeh’s 25 per cent share and his relationship with Bahraini sovereign wealth group that owns 50 per cent has allowed him to do the deed. McLaren will continue and might even flourish. But it will never be the same.