Nigel Roebuck on Ron Dennis, the fallout, and the fallings out 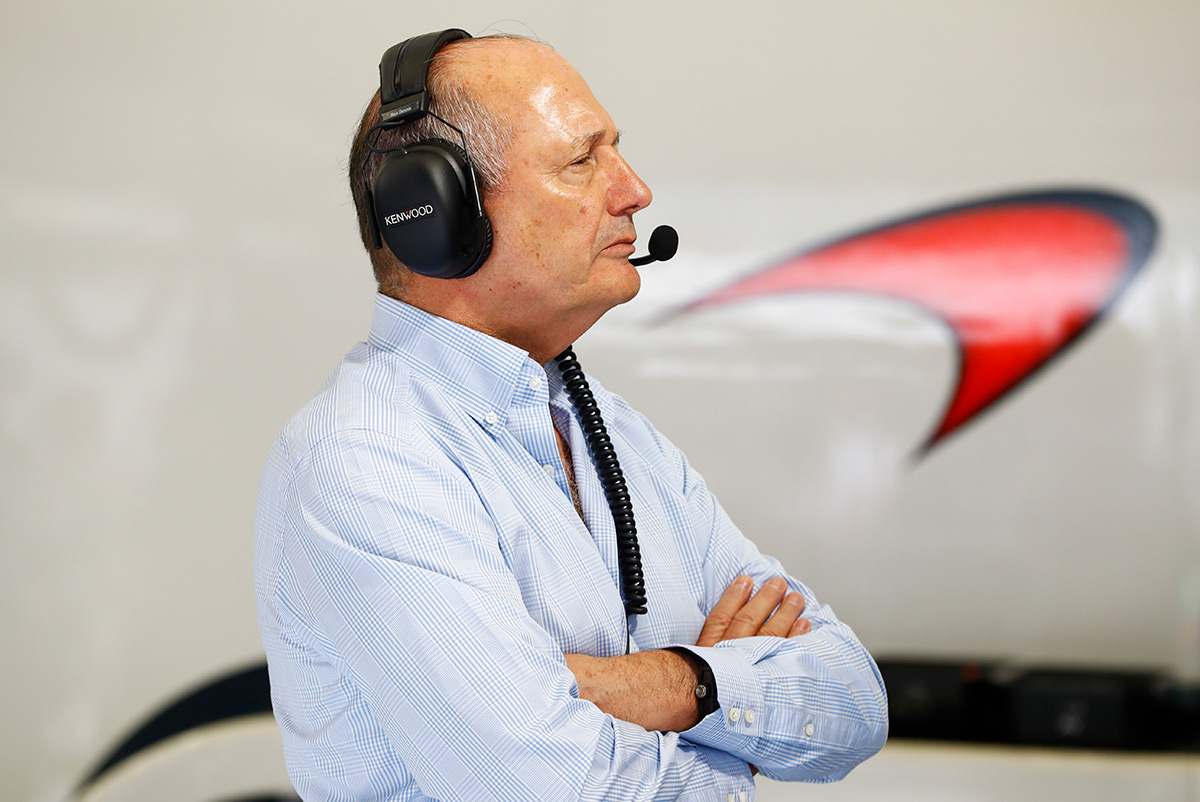 The rumours had been circulating for a long time that moves were afoot to remove Ron Dennis from the helm of McLaren, and now they have come to be. I suppose my first thought is that I wish he had accepted the inevitable and simply announced that, with his 70th birthday beckoning, he was stepping down. For all insiders would have known the true situation, it would nevertheless have allowed him a dignified public exit from the team and company with which he had been synonymous since 1980.

That’s not Ron’s way, though. He is, as Martin Whitmarsh said, ‘a street fighter’, which is why – as ill-advised as it was – he chose in effect to sue McLaren, going to the High Court in an attempt to prevent the other shareholders – Mumtalakat (always known in the business as ‘the Bahrainis’) and Mansour Ojjeh – from forcing him to go on ‘gardening leave’.

Once this had failed and he was indeed ousted he came out with a furious statement, saying in effect, ‘Everyone’s wrong but me…’ This again is typical RD, this essentially a belief he has held all his life.

I will say, as doubtless will many others, that he is one of the strangest people I have ever met: complex, obsessive, capable of immense kindness and utter ruthlessness, socially gauche, on and on…

Years ago, when McLaren was going through one of its many great periods, he was addressing a group of hacks and came out with this: “We make history; you just write about it…” In absolute terms he was right, of course, but patronising people – even journalists – is rarely a route into their hearts. Ron would have needed that to be pointed out to him. 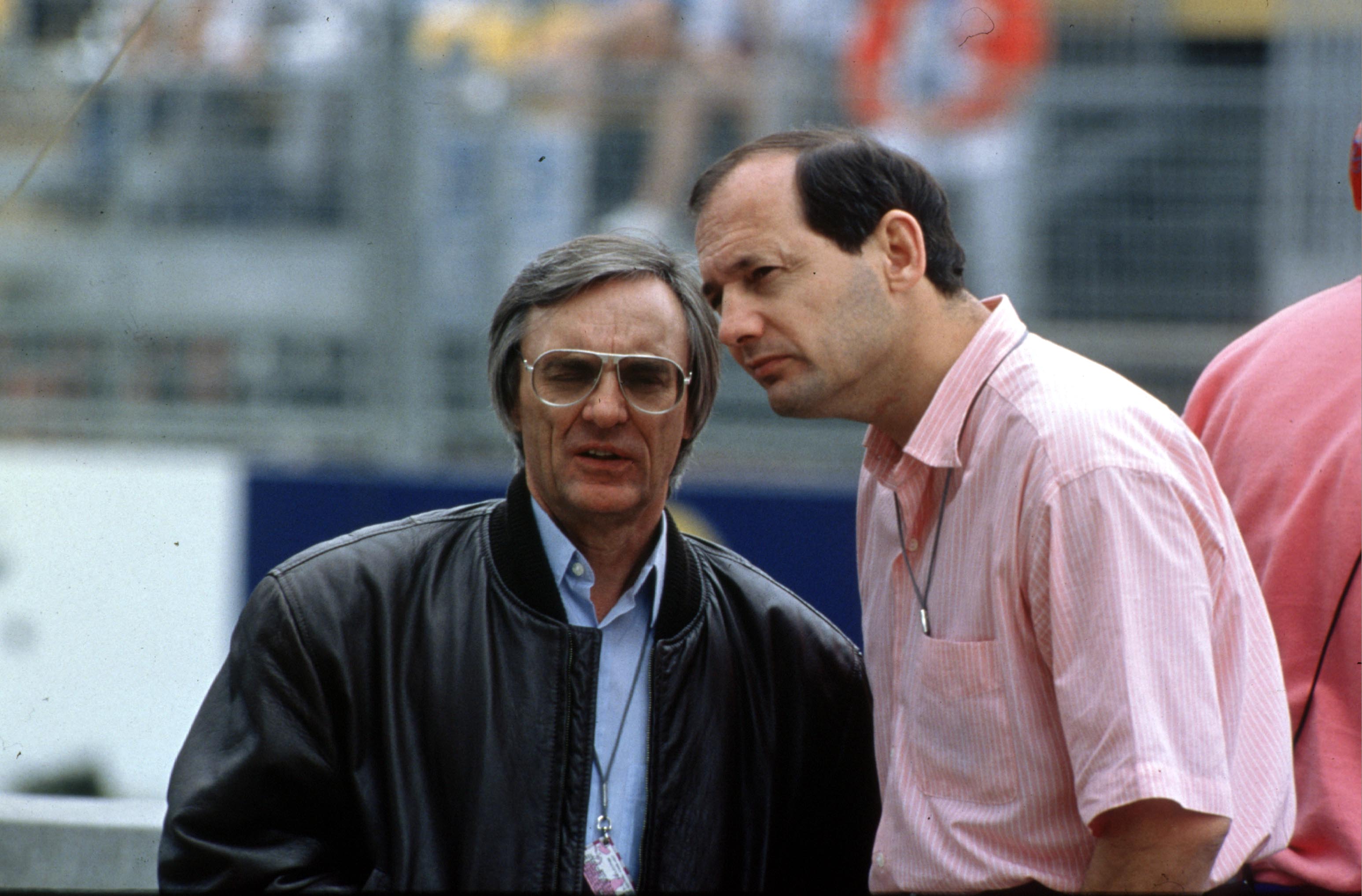 On another occasion, at the Autosport Awards one year, Dennis received a trophy and gave a little speech of thanks. Problem was, he couldn’t let it go at that: I cannot remember what his beef of the moment was, save that it was with FIA President Max Mosley and Bernie Ecclestone, but he simply could not pass up an opportunity to talk about it. Gerhard Berger, sitting next to me, murmured, “No, no, Ron, don’t do it…” Too late: on an on he rambled, undeterred even when the slow handclapping began. That’s what I mean about obsessive.

I think it fair to say that down the years in the paddock Dennis has been admired more than loved, and that’s certainly an impression you get from talking to past McLaren drivers, save perhaps Mika Häkkinen, who has always been at the top of Ron’s personal list.

Even his most fervent detractors, though, would freely concede that his achievements in Formula 1 have been staggering. The team he took over in 1980 was by no means what it had been, but within four years was dominating the World Championship. Niki Lauda, Alain Prost, Ayrton Senna, Mika Häkkinen and Lewis Hamilton have all won World Championships with McLaren, some of them more than once.

This was not by any means down to Dennis alone, but more than anything else it was his drive, his vision, that transformed McLaren into a powerhouse. As the company diversified and grew, he always maintained that racing was its core business, and certainly it’s a fact that few have loved F1 as he has. After taking a step back from racing, leaving the operation in the hands of Whitmarsh while he concentrated on other aspects of the company, he missed it terribly. “I’m very proud of being the fourth team principal of McLaren,” Martin said to me in 2012, “but it isn’t actually going to define me – and it’s odd, I think, that Ron still needs that more than I do.”

For all they worked together for so long, the relationship between the two men was never an easy one. “When I first met Ron in 1988,” said Whitmarsh, “I actually decided that I couldn’t work with him! When I eventually joined McLaren, I said to him, ‘I don’t need a contract: if I’m going to do this, you’re never going to bully me. I’m not going to put up with that. If you think I’m not doing a good enough job, just politely tell me, and I’ll go and do something else. Over time I was a pain in the ass to him, because I was the only person who’d give it to him straight.”

Dennis himself wouldn’t see it this way, I’m sure, but it always seemed to me that his major shortcoming was what amounted to a genius for falling out with people, most notably Mercedes – and Mansour Ojjeh, whom he persuaded into McLaren from Williams. As well as business associates, the two had become extremely close friends to the point of holidaying together with their families, which is why their falling out (for more than just business reasons) a few years ago sent shockwaves through the paddock.

At the beginning of 2014, after being relatively sidelined for a while, Dennis with the support of ‘the Bahrainis’ and others staged a palace coup, putting him back into the position of CEO, and effectively leaving Whitmarsh with no alternative but to leave. At the time Ojjeh, who to this day remains a close friend of Whitmarsh, was critically ill, recovering from major surgery. 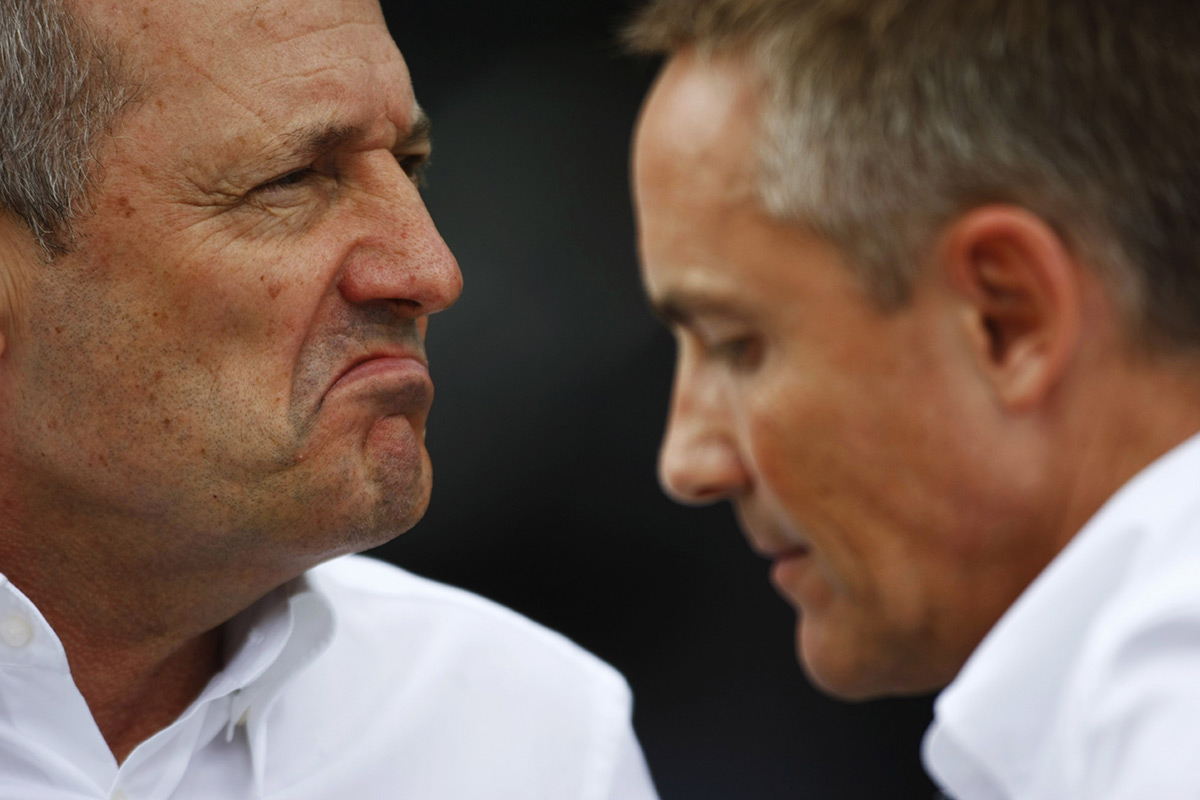 “I left,” said Martin, “because I could see that where the business was going was not something I was going to enjoy. I’d had a fair amount of influence, and in terms of what the company stood for I was able to align it with what I thought it should be. Now the way it was going to conduct its business wasn’t how I wanted to do things, and I wasn’t willing to work in that environment. I don’t know if Ron was expecting me to go, but I think in his heart that was what he wanted.

“What I will say is that he is an extraordinary individual, and if I think his agenda changed with time, when I first knew him his desire to win was so high it was fantastic. As for my feelings now… it’s not matter of liking or disliking Ron: I’m not going to waste any time and energy on that.”

When Dennis took control again at McLaren he gave an impassioned speech to the entire workforce, which many found inspiring: the good times, he assured them, would return. In Melbourne, the first race of 2014, the still Mercedes-powered McLarens of Magnussen and Button finished second and third. Thereafter, though, there were no more podiums that year, and neither with Honda power have there been any since.

As well as that, McLaren has for a long time been without a major sponsor, an agreed three-year deal with Diageo falling through after a late disagreement with Dennis. Over time many suggested that, with Ojjeh now recovered, Ron’s days were numbered, and Mumtalakat, who supported his return three years ago, have now sided with his erstwhile friend. 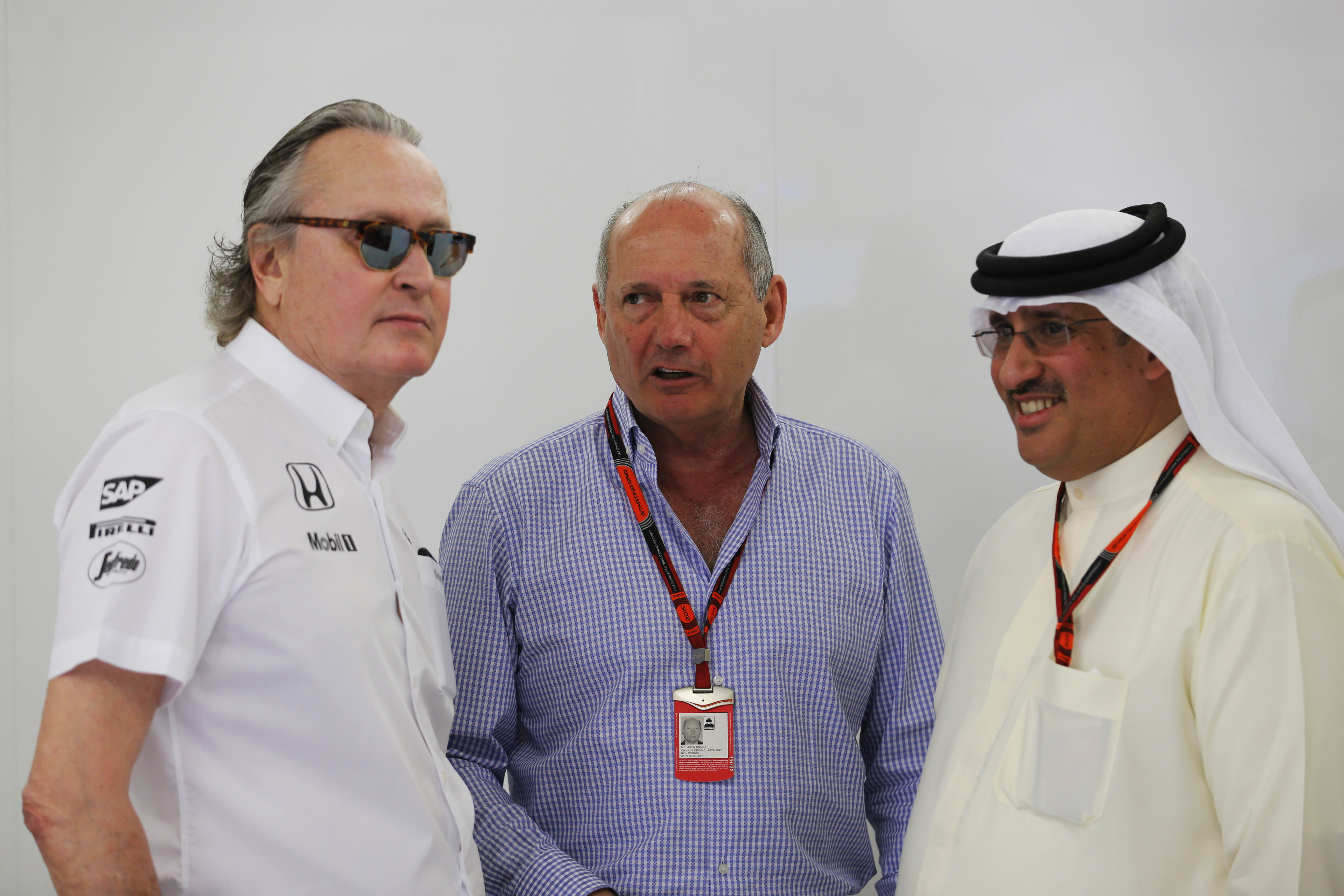 Dennis with once friend and ally Ojjeh

Even by F1 standards Dennis has always been compulsive, driven. “When you’re growing up,” he said to me, “there are various moments – in my case, fewer than five, in my entire life – which really register. When I was about seven, for example, I remember watching a male ballet dancer on TV, and I said, ‘I could do that, if I wanted to’. My brother and sister laughed for about 10 minutes, but I was adamant. I had this ‘I’ll show you’ thing even then.

“When you’re young, embarrassments tend to stick. I can remember going to a local coffee bar, and I could take you to the spot here in Woking – the place doesn’t exist any more – where I said to my friends, ‘I’m going to go into motor racing’. Of course there were peels of laughter, but again it was ‘I’ll show you’, and it’s never left me…”

Dennis came into the F1 business in the mid-sixties as a mechanic, first with Cooper, then Brabham, and it has always struck me as sad – as well as odd – that whereas people like Frank Williams love to reminisce and tell tales about the old days, Ron absolutely does not. “What do you remember about being a mechanic to Jochen Rindt?” I once asked him. “I remember having oil and dirt under my fingernails,” he said. “I hated that…”

Although he has been ousted from his position, Dennis remains – like Ojjeh – a 25% shareholder and a director of McLaren Technology Group. He will presumably not, though, be seen any more in the F1 paddocks of the world, and that is something – until recently – I never thought I would write. For all his quirks and mannerisms and feuds, he has been a colossus of the sport.