There are occasions when, even before you ask a driver a question, you know the answer you’ll get. You can almost go through it word for word, with the facial expressions, the pauses. Sebastian Vettel’s reaction after the Belgian Grand Prix, however, did surprise me. 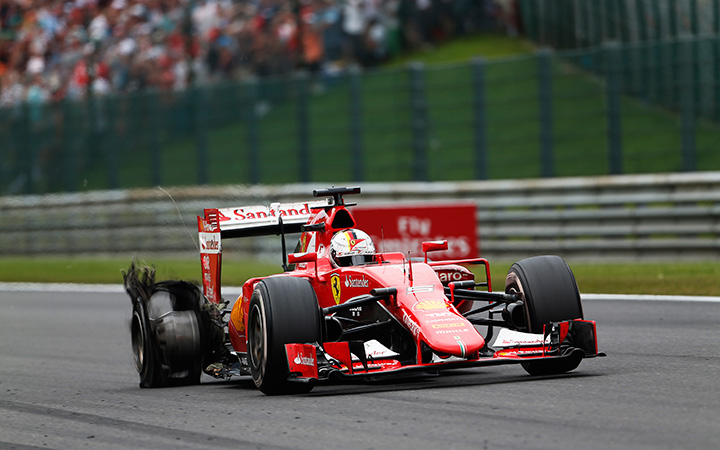 Of course, I knew that he’d be upset that his tyre went, but I did think he’d be more annoyed that he missed out on a podium or that Ferrari’s poor performance in qualifying forced it into a riskier, more aggressive strategy on race day.

I did not expect him to be as visibly upset and shaken as he was. If you missed it and are in the UK then you can see it here. 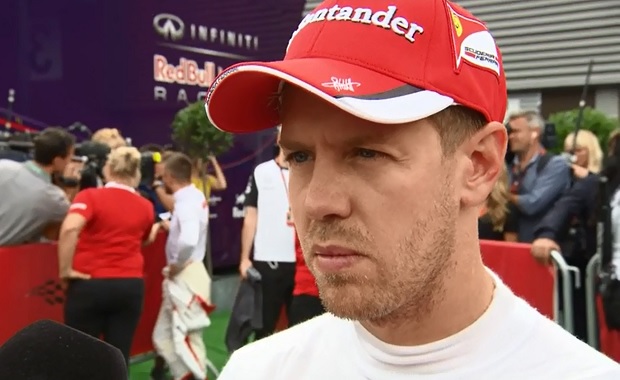 His anger towards Pirelli was unrelenting and the BBC beep machine had to be dusted off for daytime TV. His tyre exploded on its 28th lap, which he said was “unacceptable,” adding, “I don’t know what else needs to happen. These things are not allowed to happen. If it happened 200m earlier, I’m not standing here now.”

Pirelli – normally subtle in its rebuffs – this time came out all guns blazing, issuing a statement saying: “In November 2013, Pirelli requested that there should be rules to govern the maximum number of laps that can be driven on the same set of tyres, among other parameters to do with correct tyre usage. This request was not accepted. The proposal put forward a maximum distance equivalent to 50 per cent of the grand prix distance for the prime tyre and 30 per cent for the option. These conditions, if applied today at Spa, would have limited the maximum number of laps on the medium compound to 22.”

I asked Vettel what needed to happen between now and next weekend at Monza and he said he would be speaking to other drivers and Pirelli to try and sort the situation.

Vettel was travelling at around 200mph when his right rear tyre gave up in dramatic style. Forty-eight hours previously, Nico Rosberg’s right rear tyre went at 180mph at Blanchimont. There is never a good place for that to happen, but Spa is notoriously tough and unforgiving. 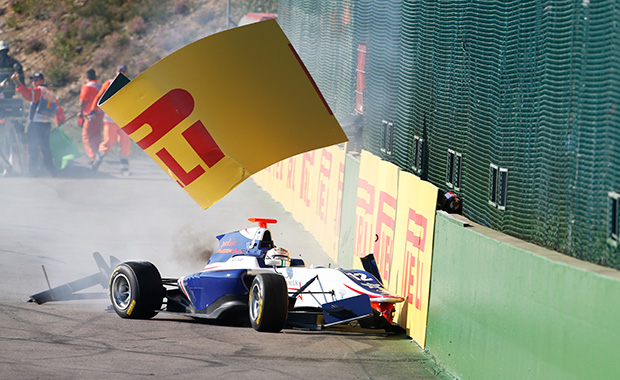 We often see inexperienced or over-ambitious drivers get caught out at Spa in the support races on a grand prix weekend and this one seemed particularly eventful and stressful. Saturday’s GP2 race featured an accident at Blanchimont which resulted in Daniël de Jong being hospitalised and needing an emergency four-hour operation on a broken vertebrae. Highly regarded Red Bull young driver Pierre Gasly was held responsible for the accident by the stewards.

Sunday morning’s GP3 race had a particularly scary moment on lap two. Aleksander Bosak went off, again at Blanchimont, but when his car hit the barriers, a tyre ripped off his car and flew across the track. It then struck Matt Parry’s front tyre, taking off his wheel and sending him into the wall at the final turn (above). Thankfully neither driver was injured. Parry has since criticised the GP3 cars’ standard of safety.

Sadly on Monday night we were given a horrific reminder that not everyone can be so lucky and walk away after accidents. The death of Justin Wilson, after being hit by debris from another car, has been a shock to the whole motor sport community. He was not only a racing driver; he was a gentleman, a husband and a father and an example to us all of how someone should behave both at and away from the workplace.

We know that motor sport isn’t safe, but it can always be safer. Often risk is part of the attraction for people, but this weekend saw far too many close calls and one very desperate and shocking loss. 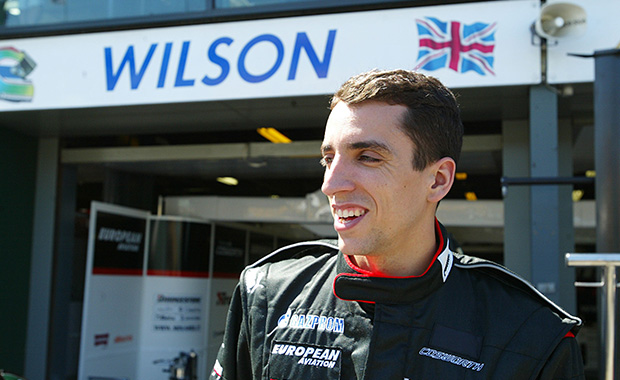