Formula 1’s return to action at the Belgian GP after the summer break is always welcome, but this year Spa brings with it an extra dimension of excitement.

Two disastrous races for Max Verstappen at Silverstone and the Hungaroring turned the World Championship battle on its head, and the Red Bull driver needs to get his title challenge back on track.

Lewis Hamilton meanwhile has the chance to record his 100th Grand Prix win this weekend at the most challenging circuit of them all.

In the wake of the controversial contact between the pair at Copse in the British GP circumstances meant that they didn’t get to fight on track in Hungary, so in Spa we may get a chance to see that fight re-joined. 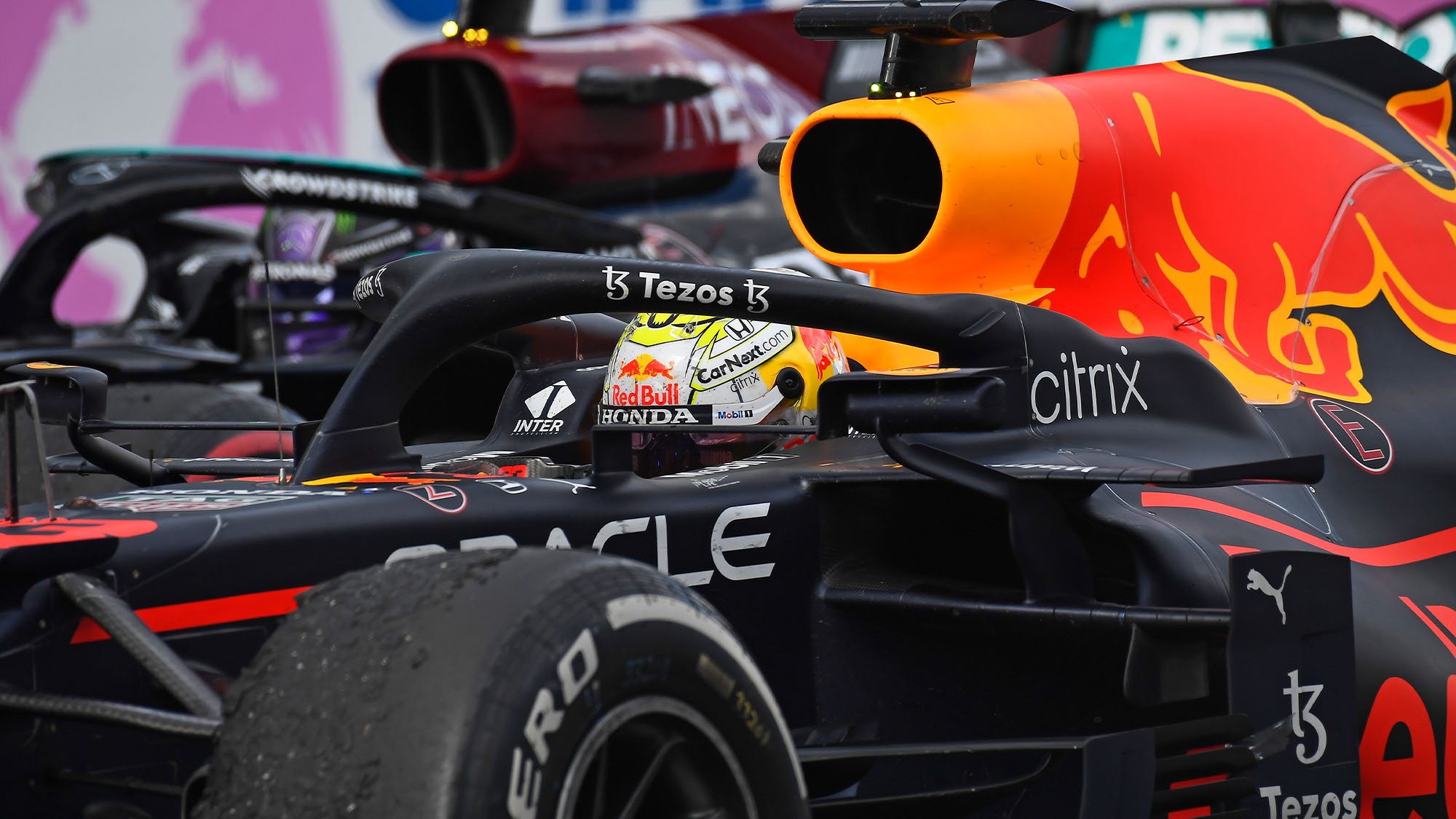 Rosberg: “If Max continues doing these sort of things, he’s going to lose the championship”

“They know how to take the cars to the absolute limit when it’s wheel-to-wheel. And so inevitably, there’s going to be contact. There already was [before Silverstone], in Imola. And Lewis I think now is not backing out anymore. Max will never back out. So it’s exciting stuff…”

Spa is the first of a triple header run of races that could have a huge influence on the outcome of the World Championship, especially as due to ongoing COVID issues we don’t know how many events will ultimately be run this year.

Along with Zandvoort it’s one of two consecutive events where Verstappen will enjoy passionate support from the crowd, and thus he will be even more determined to regain his winning form. He’s also yet to win in Belgium.

The turnaround in the title battle has been dramatic. After the Austrian GP Verstappen led Hamilton by 182 points to 150, and just two races later he now trails the Englishman by 195 to 187. Red Bull meanwhile had led Mercedes by 286 to 242, and now the Brackley outfit his ahead by 303 to 291.

At Silverstone the level of tension between the rival camps was raised after contact from Hamilton sent Verstappen off the road on the first lap, and the World Champion overcame a 10 second penalty to win. Efforts by RBR to have a stricter punishment imposed retrospectively came to naught.

Prior to the Hungarian GP all the talk was about what might unfold when Hamilton and Verstappen met on track again. In the event that didn’t happen, and it was the other Mercedes of Valtteri Bottas that triggered the shunt that left Verstappen with a crippled car, and put his team mate Sergio Perez out of the race. That didn’t do much good for Red Bull’s view of Mercedes… 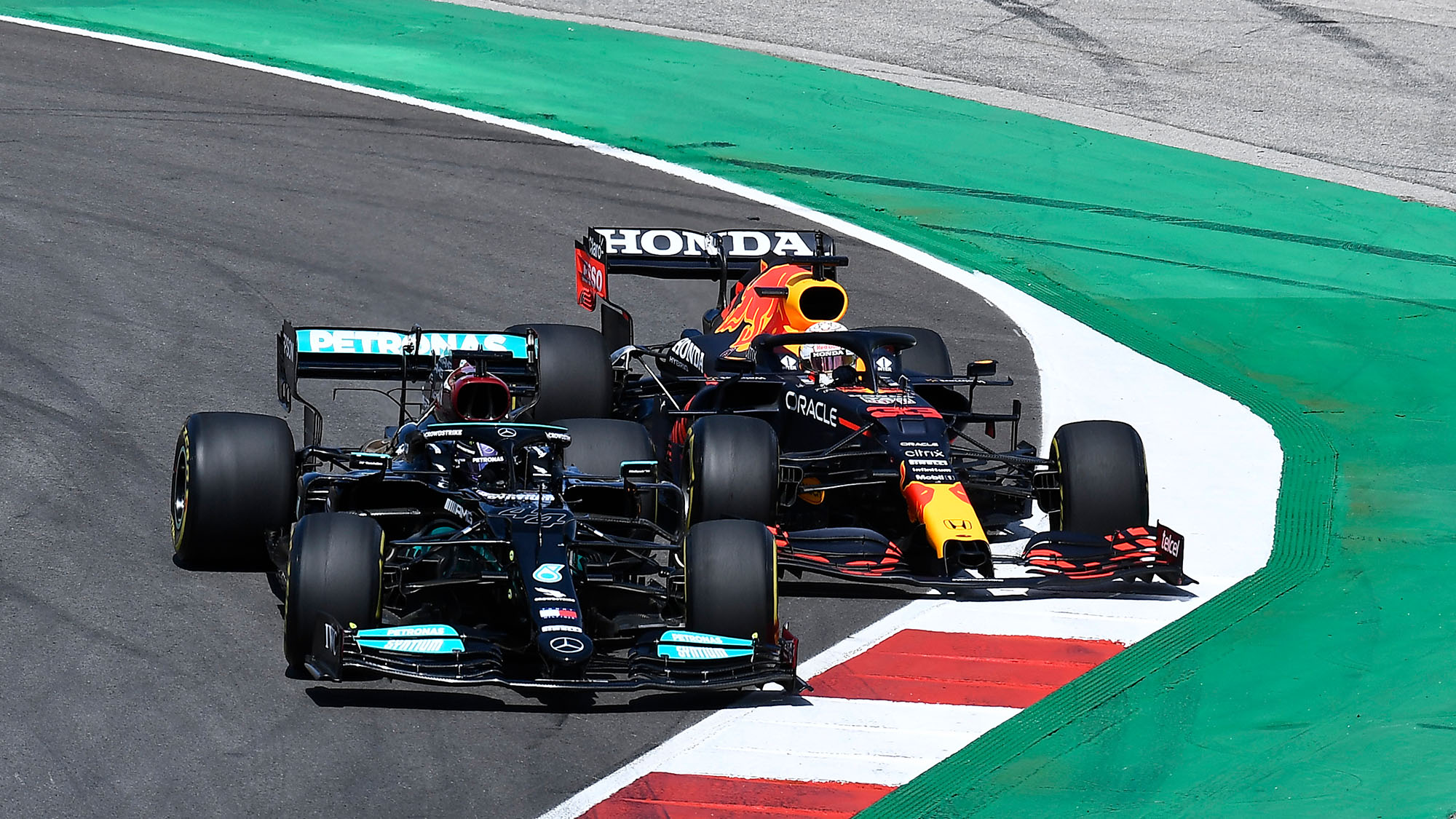 The next episode of Hamilton v Verstappen was thus postponed to Belgium. Given how often they have set the pace this year and outrun their team mates, the chances are that they will again be on the front row this weekend.

The mighty Spa, with genuine overtaking opportunities available and the weather often playing a role, is the perfect setting for such a fight. It’s not hard to imagine that at some point on Sunday we will see them battling along the straight to Les Combes.

It’s also a place that lends itself to contact, as both drivers have found out in the past.

Back in 2012 Hamilton was eliminated in the pile-up at La Source triggered by Romain Grosjean, while in 2019 Verstappen was involved in a collision at the same corner that led to a subsequent crash at Eau Rouge.

And then there was 2014, the year that Hamilton was hit by his then-Mercedes team mate Rosberg, and was eventually forced to retire due to damage incurred.

Two years later the pair had an even more costly incident in Barcelona, one that in effect handed Verstappen his first Grand Prix win.

Rosberg went on to win the title that year and then announce his retirement. Among the many hats he now wears he’s a TV pundit, and he’s enjoying watching the current fight from the outside.

“There is a basis of respect,” he says. “But we’re not at the destructive phase yet. I think it’s just building up. Now let’s see where it goes.

“They could have also already collided in Silverstone three corners before when they were going down the straight. You could have had a Webber/Vettel situation – remember when they collided in Turkey? It was very close.

“I mean, Max is hyper-aggressive, and Lewis has stopped backing out. So it’s going to be interesting for them to manage that.”

Rosberg has been on the inside of a title battle with Hamilton, but because they were team mates it was a more complex dynamic. 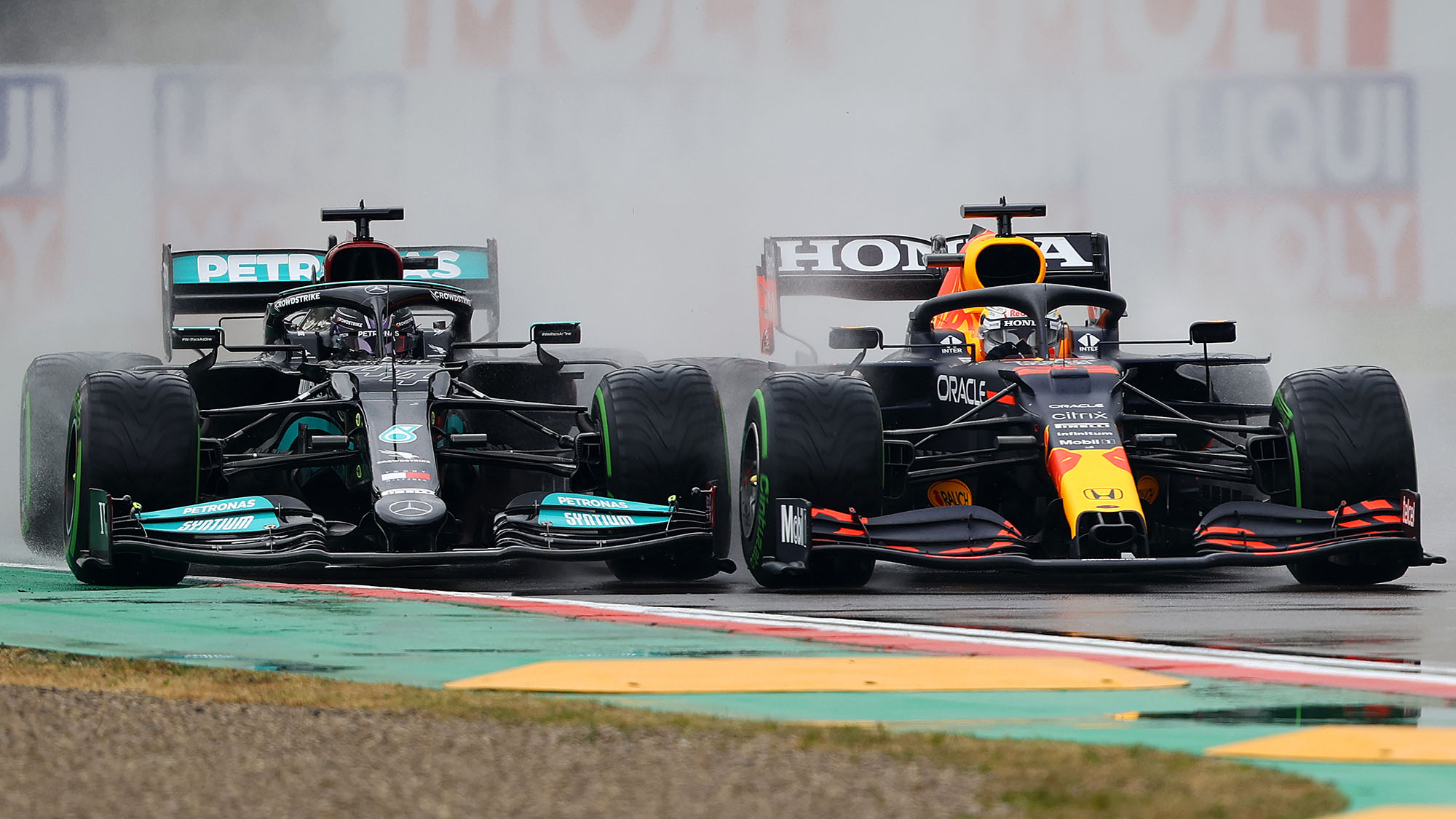 “Exactly,” he says. “Toto [Wolff] was also saying how it’s totally different and so much easier rather than having the war internally. The whole family team is against the other team, and makes it so much easier.

“And otherwise it’s really complicated when the war is internal. Senna/Prost is another example of an internal war not, not to compare with them, but it’s difficult to manage.”

So how will a Verstappen and Hamilton battle unfold on track this weekend? Rosberg’s countryman Christian Danner, a long time TV pundit for RTL, believes that Hamilton sent a message to his rival at Silverstone.

“So it was about time for him to say, ‘Listen pal, I am no chicken.’ And that’s exactly what he did. And he did right. Of course, there’s always a 50/50 chance, if Lewis doesn’t try, there’s no accident, if Max doesn’t drive into him there’s also no accident.

“I think it was a very diplomatic verdict, the 10-second penalty. But at the end of the day, he made his point. I think he did right.”

So has Verstappen taken that message on board?

“In that respect, I think he’s never going to admit it. However, yes, he’s learned his lesson. In my days in F1, this was a fairly common way to convince each other about who’s got bigger balls! But I don’t say it’s a perfect way of learning from your opposition how he’s ticking.

“Max must realise that he’s in a faster car. He can beat Lewis. And if he continues doing those sort of things, he’s going to lose the championship.

“At the end of the day I always like a pragmatic approach, very realistic – the Niki Lauda versus Alain Prost thing in 1984. Half a point is enough.”

Danner expects the tension between the Red Bull and Mercedes camps to continue: “It’s not going calm down from a teams’ perspective. Both of them, Helmut [Marko] and Toto, are very bright and intelligent, they play the game as well as they can, according to their internal rulebook.

“Of course, they give each other s***. But what I like about it is that it’s got a certain amount of intellectual level, between Helmut and Toto.” 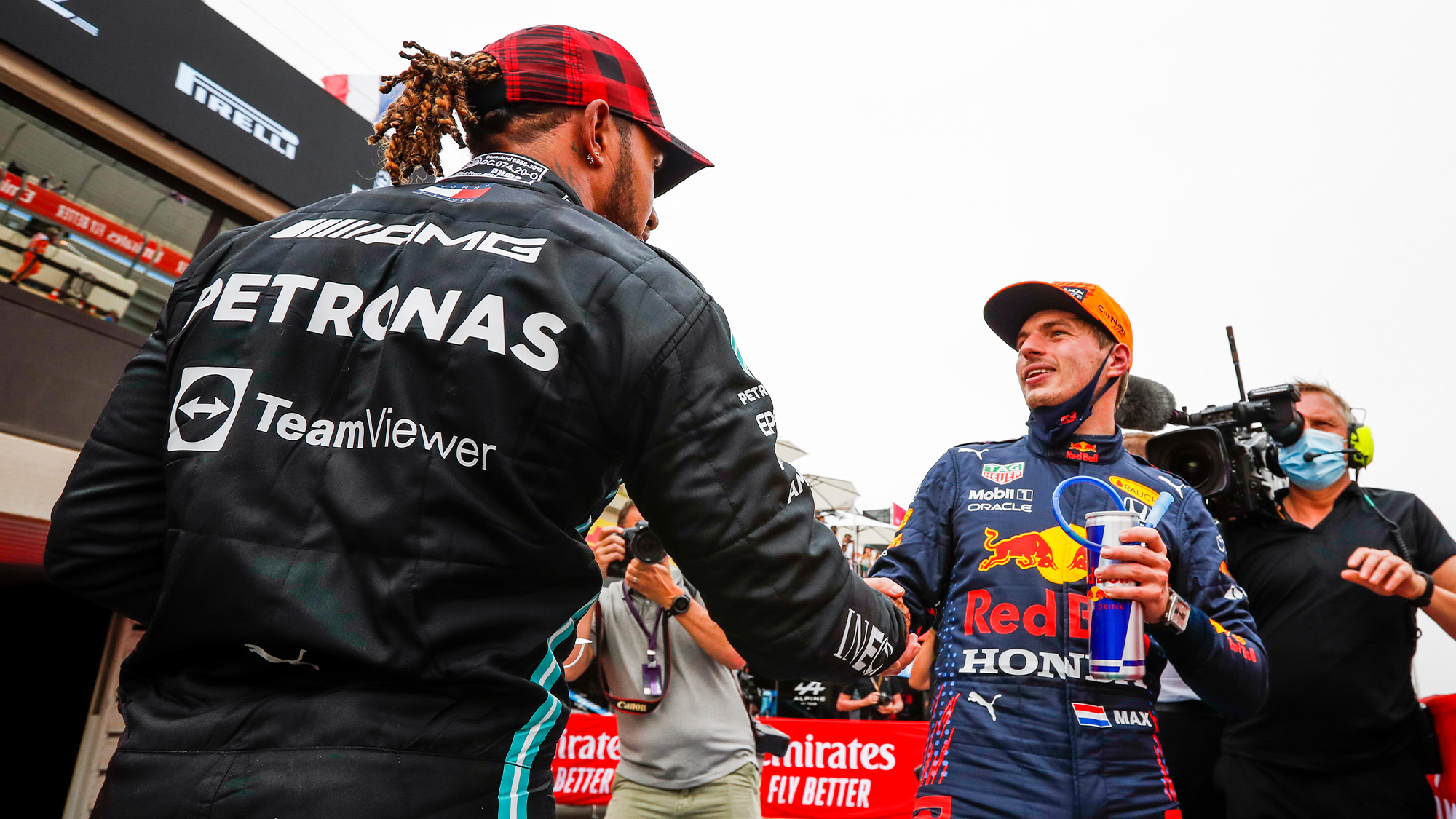 Still half a season left to settle the score…

Rosberg agrees with Danner that by not backing off at Silverstone Hamilton was making a point to his rival.

“He did have to send a message at some stage,” says the 2016 champion. “But I don’t think the message is going to get anywhere! Yes, the message is there, but it’s not going to make Max change.”

The big question now is can Verstappen can regain the winning momentum that he had before Silverstone, when everything seemed to be going his way?

“I would have thought so but again, the Mercedes looked fast [in Hungary],” says Rosberg. “So it’s surprising for everybody. It seems that the car performance just varies from one track to another. And it’s just so amazing for us, because you never know who’s going to win.

“Both of them have lost critical points, and both are on similar points in the championship, so it’s like starting all over again.”