It finally clicked for Nico Rosberg, a Formula 1 victor after 111 races.

Years in the F1 midfield wilderness with Williams had brought a podium but his switch to Mercedes-Benz set him on the path to join father Keke as a race winner and world champion.

Six-and-a-bit years into his career and following a 57-year wait for Mercedes, Rosberg stood atop the podium a winner for the Stuttgart brand.

It put him sixth in the history books for most races before a maiden win, behind Jenson Button, Jarno Trulli, Rubens Barrichello, Mark Webber and Sergio Perez (fewest to most).

On the day, Rosberg made it look easy. Winning by almost half a minute, never really challenged from the moment the cars rolled out in qualifying.

But the success was hardly guaranteed. It had been a tough two years for Mercedes-Benz. 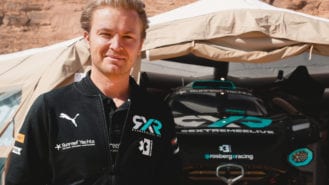 How F1 hard-knocks made Nico Rosberg a 'sensitive' manager

Saturday, late-afternoon in the Al’Ula desert and the shadows cast from the imposing rocky backdrop have cooled the blazing intensity. Nico Rosberg has time and is happy to shoot the breeze as we stand in front of his RXR…

Mercedes’ return to Formula 1 racing didn’t immediately bring results. A period spent in the midfield is a long-forgotten memory now but the initial impact was a lot less impressive than the winning machine now known.

The paint scheme was a none-too-subtle link back to the mighty Silver Arrows of Caracciola, Fangio and Moss. The weight of history piled more expectation on Mercedes, which had powered the previous two world champions.

Having bought out the reigning world champion outfit in Brawn GP, a returning Michael Schumacher was enlisted to join the team, creating fantastical headlines though the seven-time champion was largely overshadowed on track.

Rosberg joined the team from Williams and was quickly up to speed. Two podium finishes in the opening four rounds of 2010 was a respectable start to his Mercedes career and he’d add another at the British GP.

2010 had been a solid if not spectacular start to its F1 return, but that next phase took a lot longer to arrive than many, not least Mercedes itself, had expected it to.

No podiums in 2011 and it looked like things were going backwards. A solitary fourth place in Canada was as good as things got but the start of 2012 was a move in the right direction once again.

When F1 arrived in Shanghai for the 2012 Chinese Grand Prix, Rosberg was about to join the illustrious list of F1 race winners. 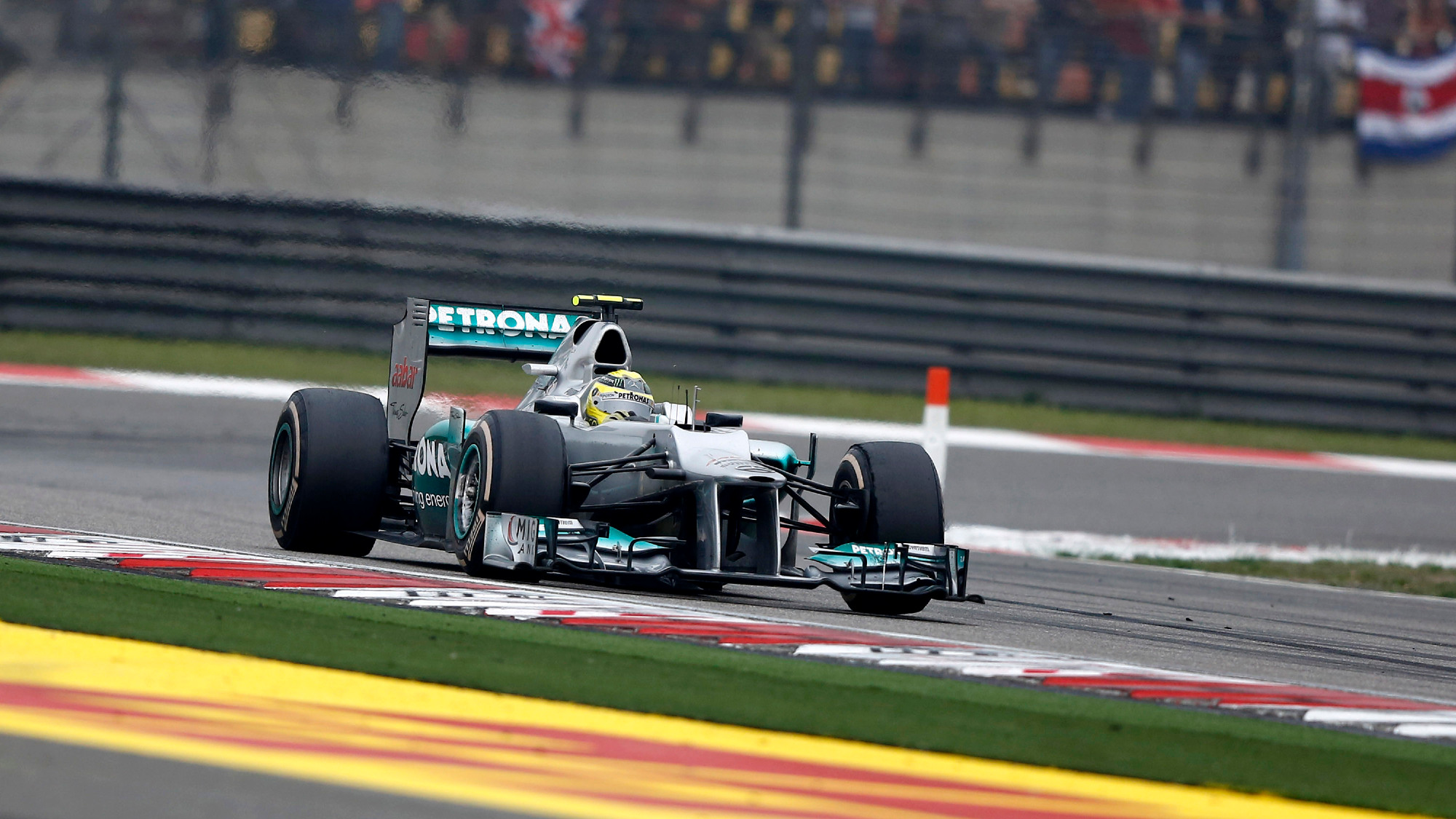 Mercedes had earned the attention of rivals for its innovative f-duct concept but that wasn’t the sole aspect of why the team was quick during the weekend.

Tyre management in Sunday’s race was a critical factor in separating those in contention for the victory and those treading water in the lower-reaches of the points-paying positions. In the prior two rounds, Mercedes had struggled to find any sweet spot to make the tyres work.

Schumacher’s solitary point in Malaysia was the only rewards to show for the team’s efforts up to the Chinese GP.

The team’s one-lap pace was strong though, in fact leading in Shanghai through much of qualifying. The confidence was building so much so, that after his initial Q3 effort, Rosberg got out of his car for the final two minutes and watched the rest try to get close. Nobody got within half a second. 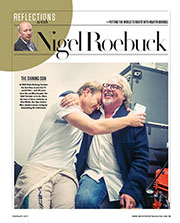 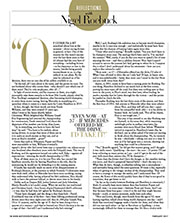 On Sunday, Rosberg led a Mercedes one-two from pole and by the end of the opening lap, had worked up a lead of almost a second over his team-mate.

That advantage slowly built up over the field throughout the first stint. Schumacher was Rosberg’s closest threat until the first round of stops commenced.

The seven-time champion was on course for a podium finish at least on pace but things fell apart for his side of the garage as he exited the pit lane. The right front tyre wasn’t attached properly, forcing retirement half a lap later.

Rosberg however was able to extend the stints out in clear air, setting a pace the rest couldn’t match as they were pursuing or battling for track position. Mercedes’ plan was to execute a two-stop race while rivals burned through tyres fighting one another and committed to a three-stopper.

With Rosberg still leading following the first stops, he unleashed the Mercedes trump card – oddly enough its tyre management. For a team that had burned through Pirelli rubber in the past two races, Rosberg could coax laps out of his tyre that others couldn’t quite manage.

The McLaren of Jenson Button had inherited the role as pursuer following Schumacher’s retirement and was well on his way with a three-stop strategy. McLaren had swapped both of its drivers onto option tyres earlier while Mercedes selected them for the middle stint, leaving Rosberg to nurse them while Button loomed closer

It meant that while Rosberg still had to extend the tyre life, Button was cutting into his lead so that when it came time for Rosberg to make his final stop, Button took over the lead.

Of course the Briton would be back into the pits for a final stop that would drop him behind the sole remaining Mercedes, but a delay fitting the rear left in his third and final visit to the pits put him out in traffic and gave Rosberg all the breathing room required.

By the end, his winning margin stood at over 20sec, a dominant performance as the two McLarens of Button and Lewis Hamilton rounded out the podium.

“His win in China was one of the most convincing of the year,” Ed Foster remarked for Motor Sport at the end of the season. “He was on pole by over half a second, which was pretty special considering that the gap from second to ninth was just one second, and then won the race by over 20 seconds. It was a display that left you convinced that Rosberg really should be classed as one of the top drivers in Formula 1.”

For Rosberg himself, it was a win that had been a long time coming but there was a great deal of relief he’d finally managed to do it.

His switch to Mercedes as a works outfit was a move that eventually brought with it a world title, but in the early years of the Mercedes F1 journey in the 2010s, that looked a long long way off.

“It’s been a long time coming for me, and for the team as well over the past two years and a bit,” Rosberg said, relieved to have the weight off his shoulders post-race.

“Now, it’s finally here, it’s just amazing and it’s just nice to see how quickly we are now progressing. I didn’t expect to be that fast today. I expected that we had a good chance to be in front, but I was very happy today with the pace I was able to go in the race.”