Thirty-seven years ago today, August 1 1976, Niki Lauda’s life changed forever. For almost a minute he was trapped in 800-degree heat as his Ferrari burned at Bergwerk. Guy Edwards, Harald Ertl, Brett Lunger and Arturo Merzario worked in a frenzy to pull Lauda from the flames, brave ‘little Art’ plunging his hand in and crucially releasing his belts. Incredibly, Niki walked away. 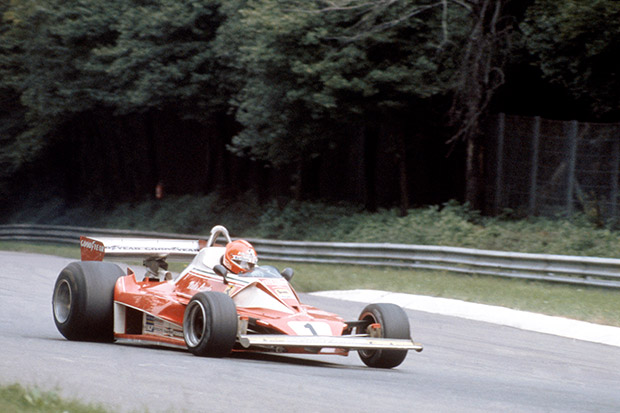 The burns were bad enough. He’d lost his helmet in the initial impact and with only a balaclava as scant protection his eyelids, right ear and scalp were melted. But the internal damage was the real problem.

Fumes from the burning petrol and bodywork, plus fire extinguisher halon, had ruined his lungs and windpipe. The doctors gave him little chance, a priest administering the last rites without a word to Niki himself. That wound him up. Lauda had always been tough and now the World Champion steadfastly refused to die, his incredible recovery – returning to the cockpit at Monza within just six weeks – is the stuff of pure motor racing lore.

And of course, it’s just part of an amazing story that stretched through a season, the central chapter in one of the most dramatic and pivotal years in Formula 1 Grand Prix history. 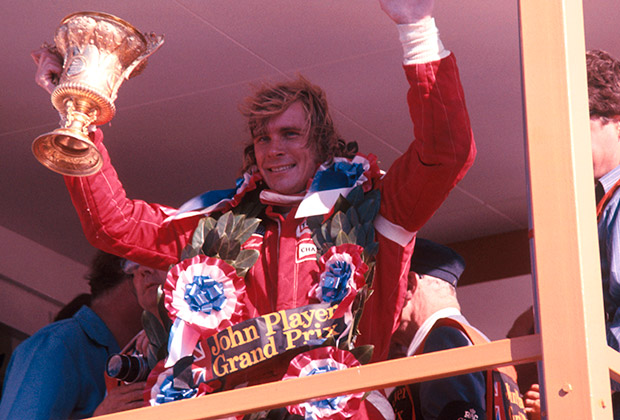 James Hunt vs Niki Lauda, McLaren vs Ferrari, blue-blazer disqualifications, Anglo-Italian political angst, a near-riot at Brands, that day at the Nürburgring, the comeback and the sopping showdown on the other side of the world… There’d been epic seasons before, of course, but none captured the attention of the wider world quite like this. Thanks to 1976, for example, the BBC picked up its broadcasting pace with its ‘Grand Prix’ highlights show the following year. Everything we know now can be traced back to this era as a peripheral sport entered the mainstream.

No wonder someone has final decided to make a movie about it.

Ron Howard’s Rush hits cinemas in September and will catapult Hunt and Lauda back into the spotlight once again. For those of us ingrained in motor racing, they’ve never been forgotten. But it’s all so long ago and their names mean nothing to millions who have grown up in the time since. That should change this autumn. 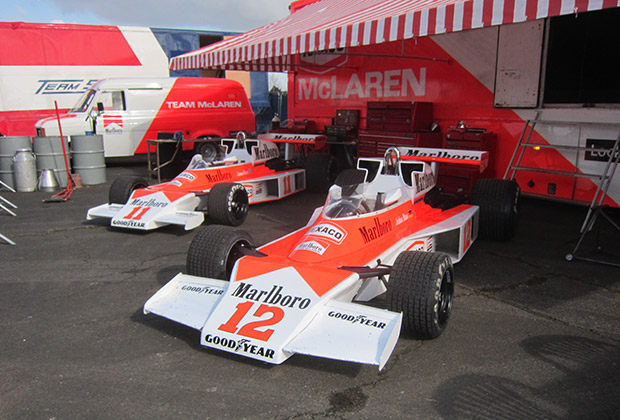 Rush has allowed us here at Motor Sport a perfect excuse to revisit the sultry summer of ’76, and also to find out more about the making of a much-anticipated movie in our September issue. We’re not alone, of course; in the past couple of weeks there’s been a TV documentary, while two new Hunt/Lauda books have landed on my desk, one written by our brilliant columnist Paul Fearnley. The rush of interest (sorry) is inevitable, but with a subject so good it’s hardly a surprise.

There’s also the fact that motor racing movies only come along every now and then, the decent ones even more rare. The landmarks remain John Frankenheimer’s Grand Prix and Steve McQueen’s Le Mans, but there are other gems including my personal favourites The World’s Fastest Indian and Cars, the Pixar cartoon featuring the voices of Owen Wilson and Paul Newman that taps into the spirit of US racing so wonderfully. Yes, a film for kids… but of all ages.

Then there’s the Driven – sorry, the drivel – and the guilty pleasures: I know it’s awful, but I can never resist Days of Thunder. As for Bobby Deerfield, the fictional Al Pacino flick that’s nearest to Rush’s era, I never know quite what to say. 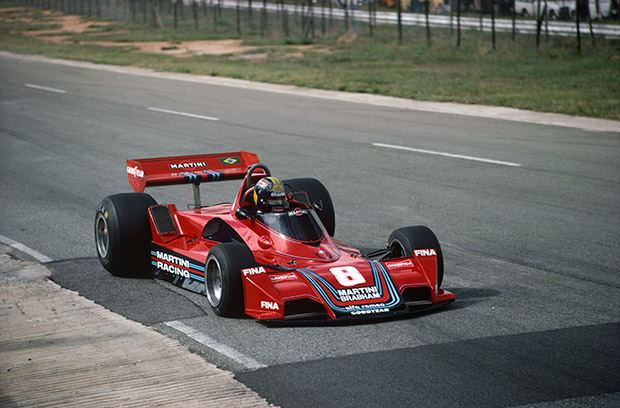 So this new addition: in which category will it fall? Well, I’ve seen it… and an annoying embargo prevents me from saying too much for another few weeks. Forgive me.

But as you’ll see in our stories, Ron Howard and his production team have a mantra about the film: ‘this is not a documentary’. It’s written and made to be pure popcorn entertainment, which means they’ve played fast and loose with history – despite the quality of the true story they had to work with.

For readers of this magazine and website, there are elements of this film that will be hard to swallow. At the Hungarian Grand Prix last weekend I discussed it privately with the few colleagues who have also been lucky enough to attend an early viewing. Feelings among us were mixed, and all I can say is it seemed I was the harshest critic. I have big reservations, I’m afraid.

Still, I would certainly urge all of you to go and see it, out of curiosity if nothing else. You’ll make your own minds up as the credits roll. 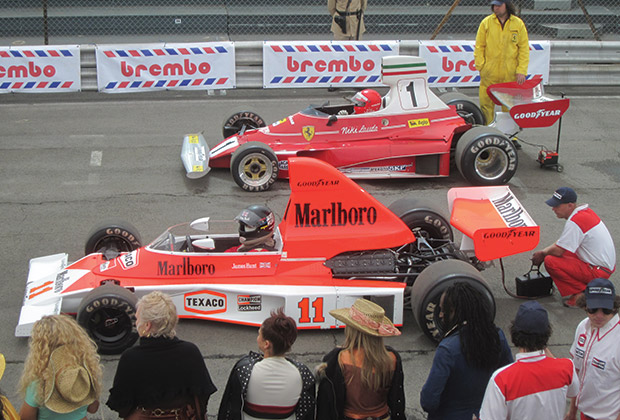 And whatever we think, Rush is undoubtedly good news for motor racing. It’ll push the sport into the limelight for a few weeks for all the right reasons, which isn’t always the case with the modern sport, and given our collective affection for Hunt and Lauda, it’s good to see the world being reminded of how special they were. Kimi Räikkönen does his best, but it’s true: they really don’t make them like they used to.

Aside from the feast of Hunt/Lauda in the new issue, I’d also urge you to check out Mike Doodson’s story on a much less well-known and moderately successful early 1960s Formula Junior driver. Roy James was the getaway driver in Britain’s notorious Great Train Robbery, which took place 50 years ago this summer. Mike’s path crossed with James on more than one occasion (they even corresponded while Roy was doing time), and as he tells us the villain was also a handy racer. It’s a what-might-have-been story with a unique twist. 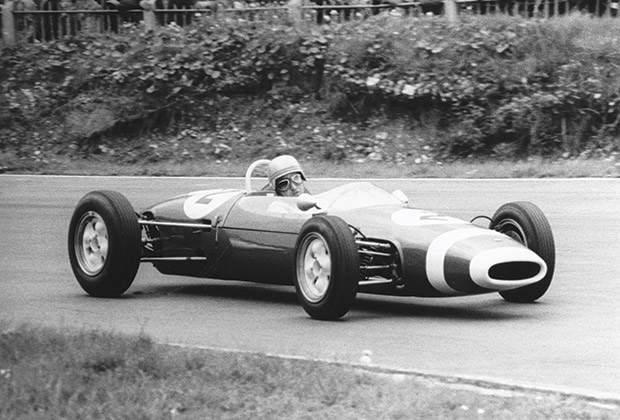 Other highlights of the issue include a superb interview with Sébastien Loeb, a driver we herald as the greatest all-rounder of the modern era. His record-breaking run up Pikes Peak certainly caught Nigel Roebuck’s attention, our editor-in-chief also reflecting on ‘The Race to the Clouds’ and what makes it special.

Reports from Le Mans and the Goodwood Festival of Speed are included too, along with a very special track test and a fascinating ‘Lunch with’ interview with McLaren stalwart Tyler Alexander.

It’s often the case, and so it might be again: depending on your tastes and perspective, the support cast in Motor Sport might just steal the scene from the A-list stars.