It was a sale that stopped us in our tracks, and fittingly Schumacher, Hamilton and Prost items have gone for amazing prices 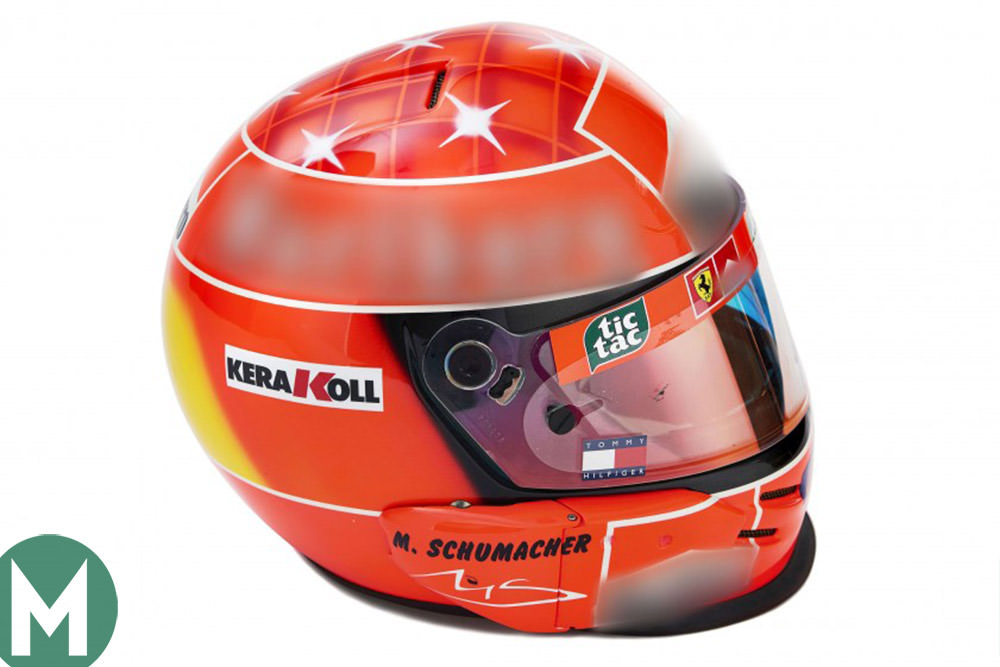 When we heard about the amazing array of Formula 1 memorabilia going under the hammer at the Artcurial Rétromobile sale in Paris on February 10, we thought it could be “the greatest ever F1 memorabilia sale”.

And it appears that those bidding agreed, as just about all of the auctioned items were sold and some for incredible prices.

Schumacher’s memorabilia was, however, pipped to the sale’s highest price by kit used by Lewis Hamilton and Alain Prost. A helmet worn by Hamilton in his final season at McLaren, 2012, plus a helmet which Prost wore when challenging Ayrton Senna’s McLaren for the drivers’ championship at Ferrari in 1990 – a battle which of course had its notorious conclusion at Suzuka’s first turn – sold for €54,600 apiece.

Prost’s helmet is signed by him with a dedication in Italian to his engineer which translates as “To Cleto, in memory of the ’90 season”. It comes also with a pair of gloves used by Prost in grands prix that year.

Also a helmet worn by the late Jules Bianchi during the 2013 season at Marussia as well as when driving in a Ferrari test at Silverstone in 2014 – and signed by him – sold for €7150.