Between November 29 and January 3, we’ll be reviewing the 2012 motor sport season month by month. Along with these features, Ed Foster will be assessing each Formula 1 team’s performance, starting with HRT. There will be galleries, competitions and Nigel Roebuck’s top 10 drivers. Finally, in the run-up to Christmas, each of our writers will talk about their highlight of the year, so keep checking back every day. This time we look at September.

F1 came back with a bang after the August break, and so did McLaren. In Belgium, Jenson Button took a dominant win after starting from pole position, but elsewhere there was chaos. Heading into the first corner, Romain Grosjean squeezed Lewis Hamilton leaving him no room, sending the two flying towards the cars in front. Grosjean bounced over the top of Fernando Alonso, nearly taking his head off; Sergio Pérez was also collected in the incident. 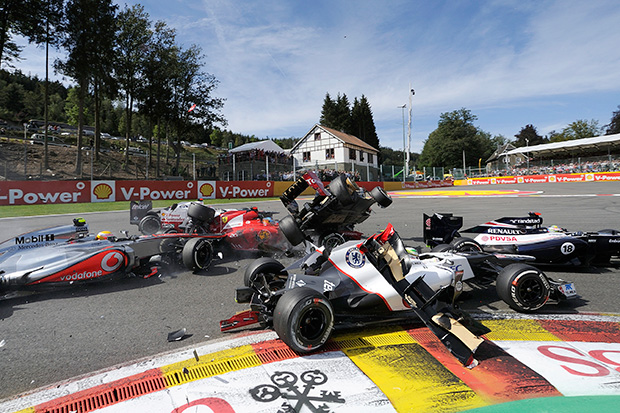 After qualifying, Hamilton – who had been significantly slower than Button all weekend – tweeted the telemetry from both cars, showing once again that his impetuous streak was still there, even if it was hidden by a happy demeanour. After the race he was reprimanded by McLaren; Grosjean found himself in front of the stewards receiving a one race ban. His place would be taken by former Virgin driver Jérôme D’Ambrosio.

A week later at Monza, it was Hamilton’s turn to shine with pole position and victory. Alonso qualified a poor 10th, but Felipe Massa impressed the locals with third on the grid behind Button. The two Ferraris would finish third and fourth, Massa making way for Alonso as Hamilton seemed to be forging ahead as the Spaniard’s chief rival for the title.

In Singapore, Hamilton was heading for another victory from pole when his gearbox packed up. Vettel took his second victory of the year, a relief after suffering from two alternator failures while leading.

Heading into October, both Vettel and Räikkönen had leapfrogged Hamilton in the standings, but Alonso was still 29 points clear.

After much speculation it was confirmed that Hamilton would be racing for Mercedes in 2013, putting Michael Schumacher out of a job and ending a relationship with McLaren that extended back to his karting days. Sergio Pérez signed on to replace him at Woking. 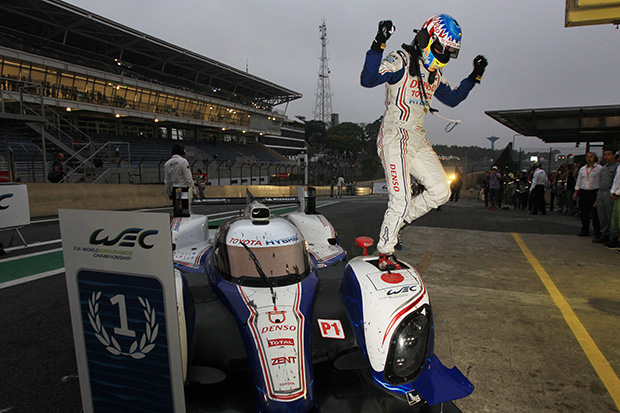 In São Paulo, the inevitable happened: Toyota won. Wurz and Lapierre had to battle the two Audis until the very end, but after 247 laps they emerged victorious. This was the first major sports car victory for Toyota since 1992 and everyone was pleased for them, not least because it meant someone was beating Audi again.

In Bahrain it was clear that Audi weren’t messing around. Tom Kristensen and Allan McNish were now equipped with the newer e-tron Quattro, stepping up their efforts for the title and taking the fight to Toyota. Their team-mates won again as they had at Le Mans and Silverstone while mercifully for them, the Toyota retired after a collision.

Around the streets of Baltimore, Ryan Hunter-Reay took his fourth victory of the season, tightening up the championship heading into the final round. Will Power was still ahead by 17 points but in IndyCar that’s not much.

At Fontana, both contenders had 10-place grid penalties for engine changes, so Power started 13th, Hunter-Reay in 22nd.

Power’s title bid ended when he crashed early in the race, while Hunter-Reay recovered to fourth to clinch his first championship. Ed Carpenter took the second victory for his eponymous team, overtaking Dario Franchitti with one lap to go. It was an emotional scene as Hunter-Reay entered the pits as the first American champion since Sam Hornish in 2006. For Will Power it was the third final-race disappointment in a row; he would have the off-season to reflect on his oval troubles. 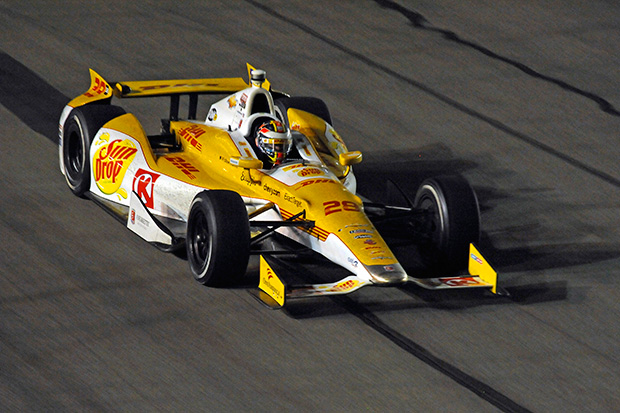 At the Wales Rally GB, Jari-Matti Latvala won ahead of Sebastien Loeb, something no one had been able to do since Mads Østberg managed it in Portugal in April. Ford’s drivers were picking up wins where they could, but unfortunately for them it wasn’t going to make a difference in the championship at this stage.

In San Marino, Jorge Lorenzo won yet again, with Valentino Rossi manhandling his Ducati onto the podium once more. They were joined by Álvaro Bautista for the first time in 2012.

At Aragon, there was another unsurprising Pedrosa/Lorenzo/Dovizioso podium. Casey Stoner will have been watching his title shot slip with his injuries, but it made him all the more determined to finish the year strongly.

After Professor Sid Watkins passed away, we paid tribute by posting Simon Taylor’s Lunch With…
“I felt that the initial response to the accident had been a shambles. Reports of how long it took for the ambulance to reach the scene ranged from 11 to 18 minutes.”

Ed Foster addressed all sorts of late-season speculation:
“So what do we all think? Schumacher to Sauber? It’s not beyond the realms of possibility…”

Paul Fearnley looked back at Jim Clark’s record at Spa:
“He fought hard and well, witness his four consecutive Belgian GP triumphs here, yet it stalked him always, spooked him even: the trees, the speed; the anomalies, the omens.” 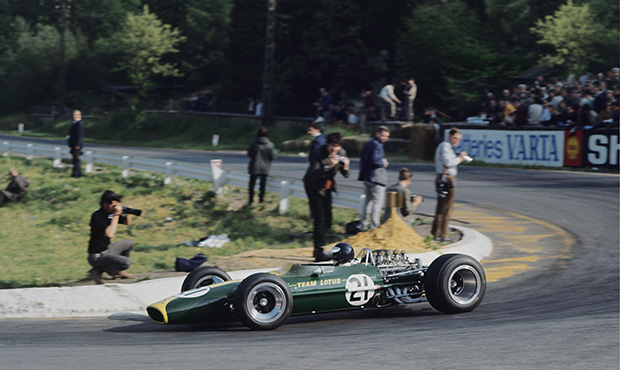 Pat Kenny paid tribute to two-time CART champion and now double Paralympic Gold medallist Alex Zanardi:
“I imagine I was the same as most people and expected to hear the worst after his 2001 accident. He has astounded us all ever since and I believe he will continue to do so in whatever challenge he next sets himself.”

Pablo explained why he thought Dani Pedrosa is good enough to win the title:
“Now he can brake with the best. At the German GP this year Stoner couldn’t go deeper than Pedrosa and lost his front end. That’s unusual…”

After Spa, there were calls for closed cockpits in F1. John Miller made his point:
“I’ve put up with a lot of the debasement of F1 in the last decade or so – not least the advent of Tesco-sized car parks adjacent to every corner – but putting the driver under a bubble may be the last straw for me.”