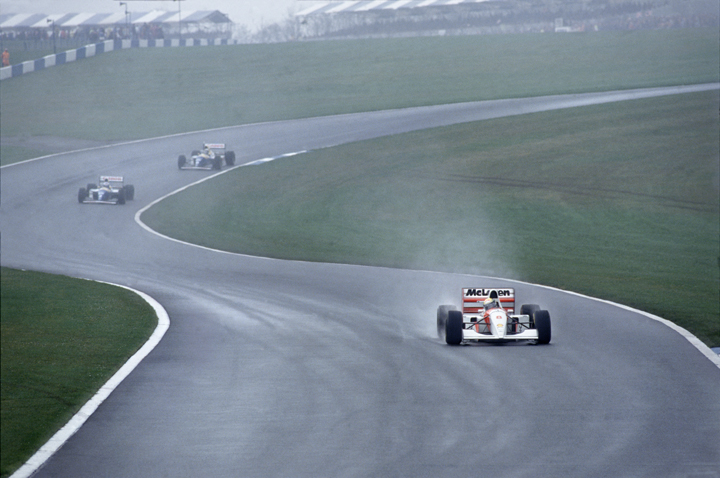 This week in motor sport: Formula 1 heads to Snetterton and Goodwood, Ayrton Senna and Nigel Mansell do battle at Jerez, and Dan Gurney, Riccardo Patrese and Paddy Hopkirk celebrate birthdays. Buy the lead image It was at Donington, when Tom Wheatcroft had successfully tempted Formula 1 back to Leicestershire for one more Grand Prix, that Senna showed in half a lap his mesmeric brilliance. He wasn’t the only Brazilian to grab the attention in the opening stages of the 1993 European Grand Prix; Rubens Barrichello threaded – and banged the odd wheel – his way through the field to fourth by the end of the first lap from 12th on the grid. Senna’s other win this week was equally fraught thanks to a closing Mansell at Jerez in 1986. The tactical, tyre- and fuel-saving fight was traded over a breathless final few laps as Mansell’s late stop afforded him fresh grip. The chase was completed, the pass was made, just a yard or so late. Senna held on for the win by 0.010s. At Snetterton in 1962, Jim Clark won the International Lombank Trophy, as V8 Formula 1 cars made their UK debut. Stirling Moss led the early stages, before three pit stops to repair a throttle linkage problem removed him from contention. A decade earlier Moss was one of the stars of the Goodwood Easter Meeting, but José Froilán González was victorious in the Formula 1 contest. In more recent non-championship races, James Hunt won the 1976 International Trophy at Silverstone.

One of Formula 1’s fastest and toughest, Dan Gurney turned 85 this week. A Motor Sport reader himself, we’ve taken him to lunch, visited him at home in 1971 and he’s even been published in the ‘letters from readers’ pages. The enigmatic Carlos Reutemann turned 74. He went at one speed according to Patrick Head: his own. Often that happened to be stunning. Fellow Williams man Riccardo Patrese celebrates his 62nd birthday on April 17. Ron Flockhart died 54 years ago when his P51 Mustang crashed while chasing a London-Sydney record for piston-engined aeroplanes. A double Le Mans winner, instrumental in BRM’s progress; his Grand Prix outings fail to do his talent justice. Another of the great test and development drivers, potentially the greatest, Christian Lautenschlager was born in 1877. One of the finest of their modern day equivalents, Darren Turner turned 42 just days before he begins yet another season at the top of sports car racing. 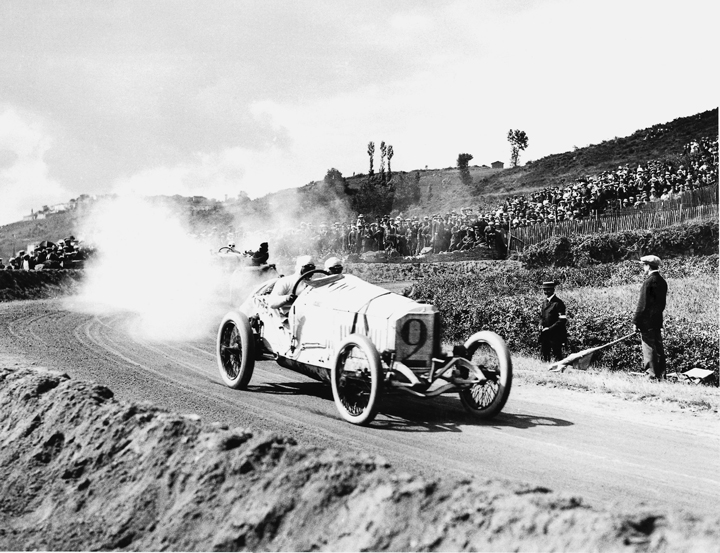 Marcos creator Jem Marsh was born this week in 1930, and Ray Mallock turned 65. Mallock’s RML flirted with Formula 1 but made its name in sports cars and tin-tops. Toine Hezemans, who knows both those fields well, turned 73. Star of the 1960s Paddy Hopkirk turned 83, Ricardo Zunino 67. Mike Beuttler was born 76 years ago, exactly the same day as Max Mosley. Pietro Bordino, Italian GP winner and a pre-war great, died this week in 1928, six years after Graham Whitehead, Peter’s half-brother and co-driver, was born. Gerino Gerini died three years ago at the age of 84. And as the modern day European and world sports car championships begin, Brands Hatch hosted the fourth round of the 1972 World Championship of Makes. Ickx and Andretti won what was not “a classic or exciting race…”