Ayrton Senna’s 1990 F1 helmet sold for more than €150,000, becoming the most expensive racing helmet ever 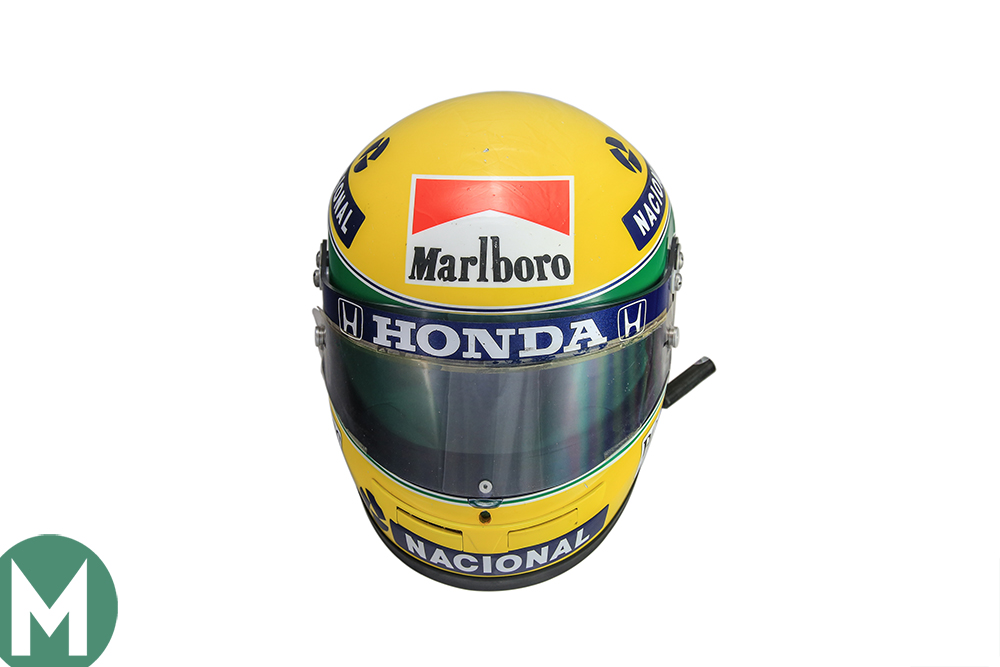 This Rheos helmet came complete with a radio and a certificate of authenticity from Senna’s manager, Angelo Parrilla, who was present during his karting days. It was expected to fetch between €80,000 and €120,000.

His 1994 Benetton steering wheel took €7200 and a piece of the rear wing that dislocated in a qualifying crash in the 1994 season-ending Australian Grand Prix took €2640, which was below estimate.