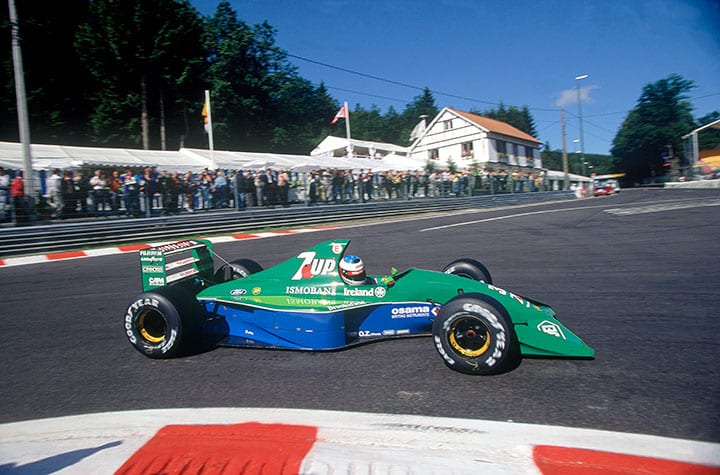 Did you spot our bit of mischief on Friday morning? A new issue hitting the newsstands on April 1… we couldn’t resist. So we punted a version of the May issue front cover on social media that included a minor revision to the real one available in the shops. Yes, out went our signature green masthead – replaced by a red one. Sacrilege!

Long-time readers will be aware that our little joke was a reference to a short period in the magazine’s recent history when the famous green was dropped in favour of a theoretically more newsstand-friendly colour. 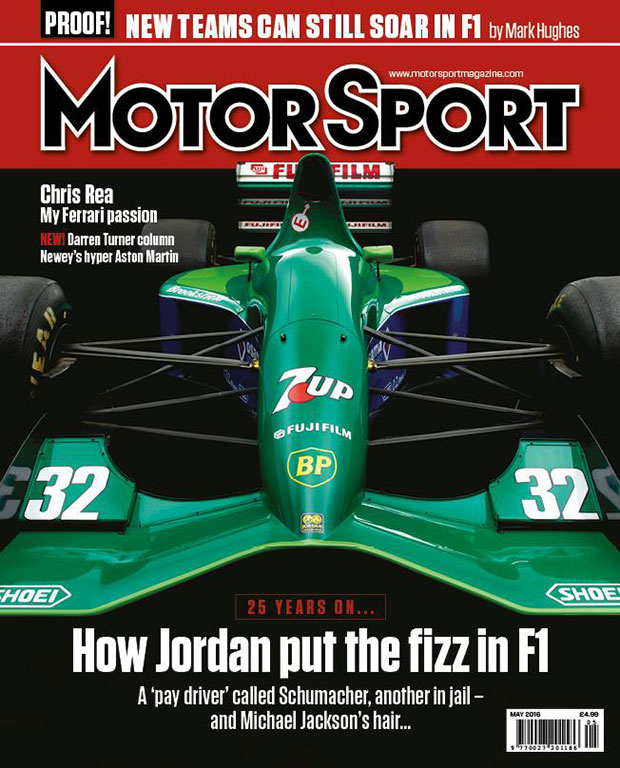 The ‘red era’ (insert your own derisory adjective ahead of that phrase) existed between October 2004 and May 2006 – a relatively short period of our 92 years in business – but those issues haunt us still. A month doesn’t pass without someone mentioning them to me, and judging by some of the reactions on Facebook it’s still too soon to joke about it!

A quick glance at our useful online archive of every magazine since 1924 reminds us that Motor Sport’s green-framed cover ‘only’ dates back to November 1951 – its 27th year of publication, no less. Then there are the famous stripes, which took their bow in October 1953, when the magazine finally began to distance itself from covers based around adverts. Imagine that today…

So it hasn’t always been green. That said, there can be no doubt it’s ‘our’ colour. The lesson that it matters was learnt long ago.

The decision to go red, taken at director level, was well meaning during a time when the magazine appeared to be spinning into a terminal nosedive. But the so-called solution, which included a plan to reposition the title for a supposedly wider audience, robbed us of what the majority perceive as our identity. Clearly, it backfired spectacularly and a change of management – and eventually ownership – was the result. 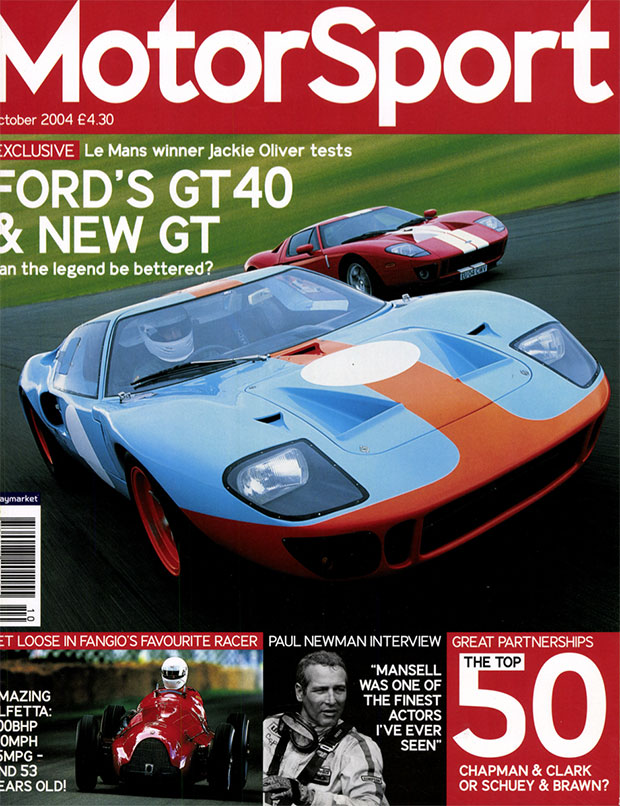 The thing that amazed me then, and still does now, was that you’d imagine such a fundamental decision would only be taken after months of research, of reader surveys and that modern marketing crutch known as the focus group. Instead, it was one taken on instinct, shot from the hip and at unexpected speed.

It would have been refreshing if it hadn’t been so misguided.

Our example of creating a drama from a crisis came back to me again in the midst of Formula 1’s qualifying pantomime in the run-up to Melbourne. Bernie Ecclestone, it seems, had declared that the system was broken, that something had to be done to mix up grids. They didn’t have to respond, but the stakeholders, including the teams in F1’s laughable management cartel, decided to appease the old puppet-master and come up with a ‘solution’.

Do you think they will have reviewed the fan survey run by the Grand Prix Drivers’ Association last year before deciding on the correct path? Why would they? It’s not the fans’ sport, is it? Instead, a decision was taken on the hoof, without any kind of strategy or masterplan, to change a fundamental element of a Grand Prix weekend. We all witnessed the result.

Subsequent events – the intriguing GPDA statement voicing a vote of no confidence in the management of F1, the confirmed loss of UK terrestrial TV coverage from 2019 and Jean Todt’s bizarre refusal to accept a rare moment of unanimity to ditch the new qualifying system in favour of the old one – have exacerbated the sense that the premier tier of motor racing is inducing its own terminal nosedive. 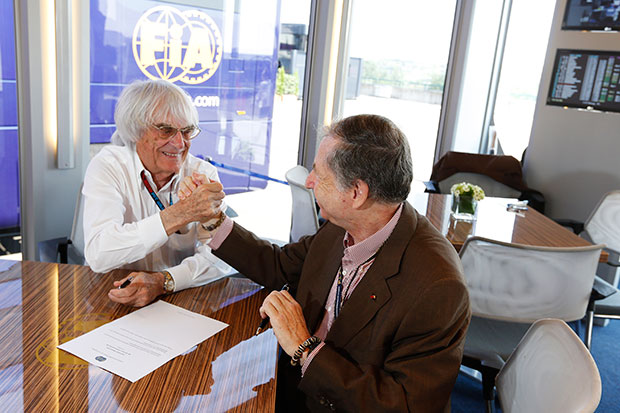 Where the parallels to Motor Sport’s own modest story diverge is that there appears to be nothing well-meaning in the actions of the man around whom it all spins. Ecclestone’s latest interview today, granted to the BBC, only cements our conclusions that there’s little point in listening to a word he says. He shoots from the hip, as he has always done, but now contradicts what he’s said elsewhere almost every time he opens his mouth and appears barely capable of forming a coherent sequence of sentences.

There’s only one option. For a small business like ours, starting afresh under new management was relatively painless. For a sport on a global scale, it’s only going to get uglier, more painful and excruciating. But it’s got to happen.

Inside the May issue

Let’s put that nonsense aside for a moment and take refuge in what you can enjoy inside this month’s magazine.

It was fitting that we should choose this month to recall Jordan’s incredible first season in F1, 25 years on, at a time when Grand Prix racing’s most recent Johnny-come-lately made its own splash. Mark Hughes offers some revealing insight into the new Haas team, which scored a wonderful sixth-place finish in the hands of Romain Grosjean at Albert Park.

The contrast between this team and plucky little Jordan a quarter century ago couldn’t be starker. Back in 1991 surviving on instinct and making it up as you go along was still plausible – although as Eddie Jordan and Gary Anderson explain in Simon Arron’s superb story, only just. Now, it just wouldn’t work (see HRT, Lotus/Caterham and Manor/Marussia, even if the latter is still plugging away).

Is the Haas model, built on the backbone of Ferrari, the only way in to F1 from standing start? Mark tackles that topic head on. 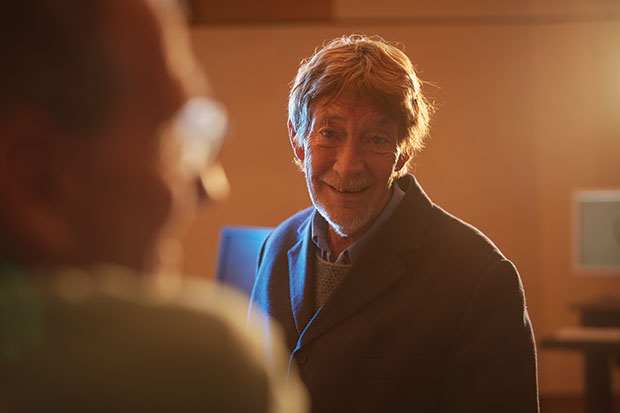 Other features include a wonderful test and photo shoot of the Gitanes-liveried Lola T282 which you can see racing at the forthcoming Donington Historic Festival; Simon Taylor chats to his friend Chris Rea about the musician’s revived La Passione project inspired by his boyhood love of Ferrari and Wolfgang von Trips; I meet reigning World Endurance Champion Mark Webber to discuss the imminent new season; and towards the back, Simon Arron talks to national racing perennial and former rent boy (yes, really) Ian Flux. Eye opening.

We’re also delighted to welcome factory Aston Martin star Darren Turner as our new magazine columnist. DT will be offering insight from the frontline of the World Endurance Championship and much more as he embarks on his 12th season with the British manufacturer. He’s a modern-day Roy Salvadori – and a man with a true racer’s heart. It’s great to have him on board.