Time flies, eh? It doesn’t seem a year ago since I was grabbing the freshly minted results sheet from the last race of the 2011 Goodwood Revival, then dashing home to prepare my report for the magazine press deadline the following day. Yet here we are again, just a couple of weeks away from the best historic race meeting of the year. Bar none. 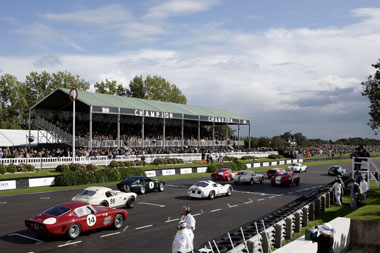 Goodwood has competition, of course. There’s the HSCC and the Masters organisation, both of whom consistently run fantastic race cards throughout the season, from Brands Hatch and Oulton Park to ‘exotic’ European destinations such as Dijon and Zandvoort. And we can never forget the good old VSCC, from the Spring Start at Silverstone to the glorious Prescott summer hillclimb.

In fact, pick any weekend from March to the end of September and there’s nearly always something somewhere to please the classic racing fan.

But for all the merits of the mammoth Silverstone Classic meeting or the glories of sampling Monaco and Le Mans in a 1970s McLaren F1 car or a Porsche 935, the Revival is still the top trump. Why? Simply because glorious, super-fast Goodwood is so little changed from how it was during its heyday between 1948 and ’66. Sure, the tram-belted tyre barriers soften the blows more than ditches and grass banks, but the 2.4 miles of sweeping track remains exactly as it was. Just ask Stirling.

Add the period flourishes that make the place so immaculate – more than it ever used to be – and you have the perfect venue for hard-charging historic motor racing. It’s beyond nostalgia. 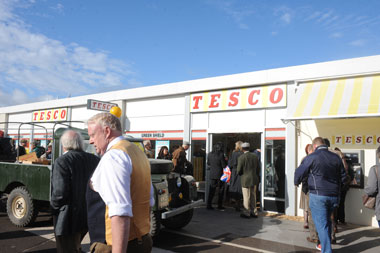 Of course, the challenge for Lord March and his team is to improve on what they’ve achieved before, each year since the first Revival in 1998. It must be a daunting task. But this time Goodwood is almost certain to reach new heights.

In our preview issue, dated October but on sale this week (I know – don’t ask), we celebrate 50 years of the AC Cobra, an anniversary to be marked by a race solely for the Anglo-American icon. The Shelby Cup, named in honour of the late, great preparer and Le Mans winner who made the model his own, will be a sight to behold on the Saturday afternoon. We’ve chosen a less steroidal, more subtly defined FIA-spec Cobra for our cover shoot, but whatever your preferences – 289 or 427, Shelby blue or Willment red – there’ll be something to please you on the Goodwood grid.

But while we’ve acknowledged the Cobra’s place in racing history, it’s not this golden anniversary that’s really caught our imagination. This time silver most definitely won’t be second best. 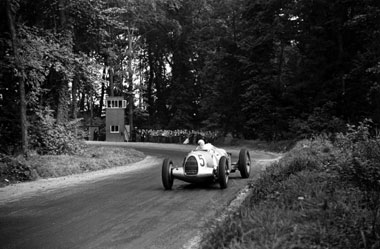 The Silver Arrows demonstration, featuring the pre-war Grand Prix legends of Mercedes-Benz and Auto Union, will be the first mass collection of these cars on a race track since 1939. Unless you’re more than 80 years old you won’t have seen anything like this.

The drivers who will be trusted with these unmatched leviathans will be under strict instructions to keep their enthusiasm well under control. The demonstrations, scheduled for 1.20 on the Saturday and 3.20 on the Sunday, are listed as ‘races’ (Goodwood’s quotation marks). They are nothing of the sort, of course. But nevertheless Jochen Mass and friends will be expected to put on a show and run these cars hard, without crossing that vital invisible line.

A Merc W125 and W154 wheel-to-wheel with AU C- and D-types will be unforgettable. And as for the sound… Let’s just say on the following Monday, as we close another issue, we’ll spare a thought for the Goodwood team and ask rhetorically: ‘now how will they top that?’

The Goodwood theme dominates the October issue, but as usual there is much to please all tastes. Two interviews piqued my interest when we were planning this one. The first is Simon Taylor’s lunch with David Brabham, one of the best blokes – and talents – in sports car racing these past 20 years. The second is Rob Widdows’ meeting in Rome with former ‘Marlboro man’ Andrea de Cesaris.

Good old ‘de Crasheris’. I spent most of the 1980s wishing he’d find something else to do other fill a seat on the Grand Prix grids, thinking how many other drivers had greater claim ahead of him. Every season, whatever happened, he just wouldn’t go away (thanks, it must be said, to that pot of fag money)!

But as time has passed and de Cesaris has moved on from the sport to go windsurfing and, er, deal in currency, I’ve softened to the oh-so-perennial GP starter. With hindsight, what a character – and when the wind blew in the right direction, what a fast racing driver. It was never dull anyway 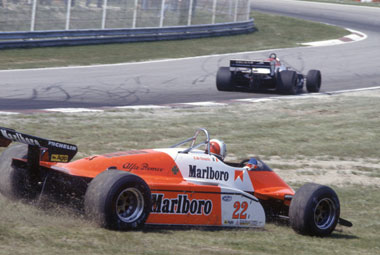 When Rob and I talked about tracking him down, I had a feeling he’d be a great interview. So it proved. He takes on us British critics and gives his side of 14 topsy-turvy years of F1 racing. And physically, he’s hardly changed a bit.

Nigel Roebuck offers a fascinating slice of ‘new and old’ this month. During his trip to the Canadian GP this year, our editor-in-chief managed to lay his hands on a copy of Gilles Villeneuve’s first F1 contract, signed with Teddy Mayer of McLaren in 1977. Modern-day McLaren team principal Martin Whitmarsh was intrigued and agreed to sit down to compare the contract with the standard version used as the basis of the deals signed by Lewis Hamilton and Jenson Button.

We’ve chosen to print Villeneuve’s contract in full – because it’s only six pages. As Whitmarsh tells Roebuck, Hamilton’s deal runs to a few more pages than that.

In closing, I invite you to stick around on the Motor Sport website and take a good look around our brand new and vastly expanded Hall of Fame section (click on the link). A wealth of content awaits you, on our sport’s greatest names, more of whom will join our exclusive club when the next Hall of Fame comes around in February 2013. So dive in – there are plenty of treasures to enjoy.