The organisation is thorough – and so is the security: bag and body checks at the main entrance to Marina Bay, then an airport-style scanner every time you enter the paddock. Nobody complains, though, because the Singapore Grand Prix generates a feelgood factor that trumps minor inconveniences. 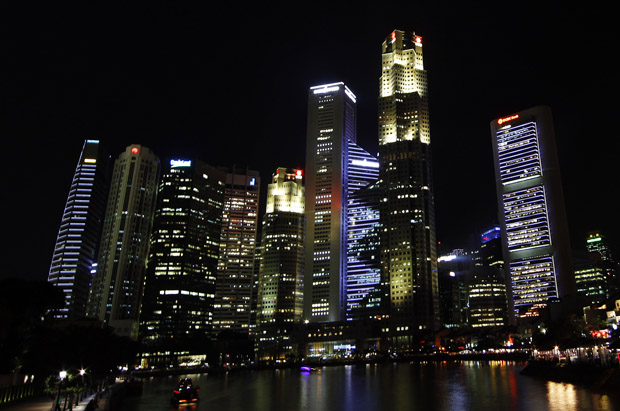 This year’s meeting began in daylight, with Porsche Carrera Asia Cup drivers first out to sample the revised circuit. Lap speeds are now slightly faster, following a decision to remove the fierce chicane kerbing that launched many a car through Turn 10 (which has become just a quick, left-handed sweep). 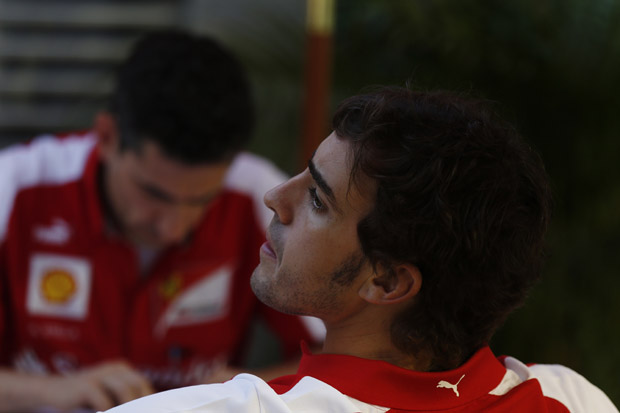 A bigger talking point, though, is not the track, nor even what has been happening on it. On Friday afternoon, BBC Sport’s chief F1 writer Andrew Benson broke the news that McLaren – which has still to confirm any driver deals for 2014, although Jenson Button is thought to have agreed a contract – hopes to prise Fernando Alonso away from Ferrari, even though the Spaniard is tied to Maranello until the end of 2016 (on paper, at least). Grenades are lobbed often enough within the F1 paddock, but this could be more explosive than most. It might well not happen, of course, but the intent appears genuine. At the same time, the prospect could trigger a panic attack and the offer of a few more pesos from Sergio Pérez’s backers in Mexico…

There was a different kind of intrigue during the opening practice session, which I watched from a spot overlooking the first three corners. As in previous seasons, Red Bull has the only car with sufficient balance and grip to exit Turn Two and still get across to take an optimal line for the following left-hander. For the rest it’s a matter of wrestle and compromise. 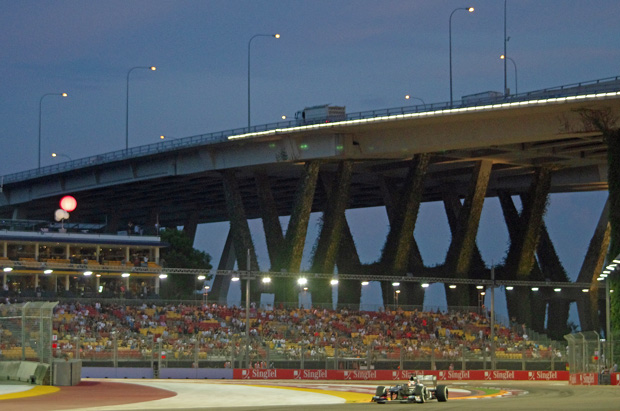 There’s an odd juxtaposition at this point on the circuit, with a busy, multi-lane overpass running across the main straight. As some of the world’s best paid (and paying) sportsmen hit the brakes for Turn One, the real world continues on stilts. It’s not often F1 cars share co-ordinates with cement mixers, trucks and buses.

Lap times reflected what your eyes suspected. Lewis Hamilton set the pace for Mercedes in session one, from the Red Bulls of Mark Webber and Sebastian Vettel, but the German was on top by the late evening, six tenths clear of Webber and more than a second ahead of the Mercedes drivers, Nico Rosberg edging Hamilton for fourth while Romain Grosjean (Lotus) and Alonso completed the top six. In terms of long-run pace, the Red Bulls were well clear of their adversaries, with Lotus, Mercedes and Ferrari next up.

The evidence points to a one-horse race – and it’s bovine, rather than Prancing. 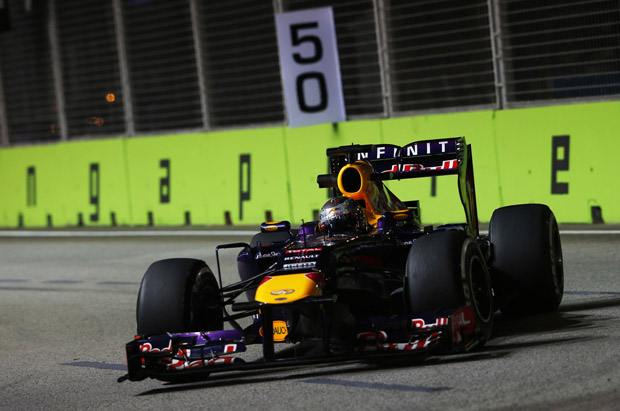 Jolyon Palmer (Carlin) qualified on pole position for the supporting GP2 event, ahead of team-mate Felipe Nasr and championship leader Fabio Leimer (Racing Engineering). James Calado (ART) was second best Brit, back in eighth. Towards the tail of the field, Gianmarco Raimondo (Trident) made his series debut. The 22-year-old Canadian has a patchy F3 pedigree – although he finished as runner-up in the second-tier European Open series last season – and is typical of the waifs and strays who show up randomly from time to time in F1’s feeder series. He’d worked his way to within four seconds of the pace when he crunched the Turn 18 wall.

It makes for a better world, I believe, when oddball entries are able to pitch up for a race or two within touch of the sport’s pinnacle. Anybody remember Mario Waltner, who in 1997 raced briefly in F3000 despite having almost no discernible track record in racing cars of any kind?

F1 used to be a bit like that, of course, until homogenised entry lists closed the sport to nomads, optimists and even the genuinely deserving. It hardly seems possible that almost three decades have passed since any team ran a third car in a Grand Prix (Renault, Germany 1985 with François Henault), while true customer teams disappeared after 1982 (when Emilio de Villota tried five times to qualify a March, but failed on each occasion).

The serious stuff is ever beguiling, but whimsical diversions are always welcome.