Frank Williams. Has there ever lived a man so immersed, so desperately enthralled and in love with motor racing? He didn’t have a plan, he had a desire. He knew where he wanted to be – right in the middle of this magical world so far removed from his upbringing in the north-east of England. He didn’t have a skill, just masses of charm and a sense of adventure. No skill and no plan going in, he would go on to become one of the greatest team principals in the history of F1 – from almost nothing.

He wasn’t from money. His mother was a special needs teacher, his father in the RAF, and they split up early in Frank’s childhood. But his mother did somehow manage to send him to a boarding school in Dumfries and it was there, in the company of boys from wealthier families, that he acquired the social polish which, allied to his natural charm and immense enthusiasm, would serve him so well when he began mixing in amateur racing circles as soon as he possibly could.

He would do anything to stay in that world. He made ends meet in a variety of ways – a management trainee with a car distributor, Campbell’s soup salesman, selling fruit and veg from a van, buying and selling, ducking and diving. Debt didn’t worry him unduly and he’d spend the next couple of decades trying to stay one step ahead of the bailiffs. This continued right through to his early years as an F1 entrant. Bernie Ecclestone recalled how Frank would borrow £5000 and promise to pay it back on a set day. Come the day, he’d turn up to return the £5000 – but would immediately ask if he could borrow £7000! 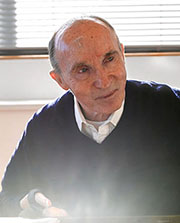 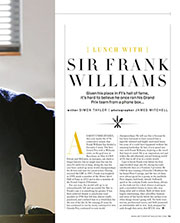 Almost unbelievably, this year marks the 47th consecutive season that Frank Williams has fielded a Formula 1 team. The first Grand Prix with a Williams entry on the grid was…

May 2015 Issue
By Simon Taylor

The route from mobile fruit and veg van to F1 entrant took only a few years. British motor racing was a pretty small and incestuous scene in the ‘60s and Britain was the motor racing centre of the world. So if it hadn’t been for crashing his road-going Austin A35 after entering it into a race at Mallory Park, he’d likely have got to meet Piers Courage – heir of Courage Breweries and a seriously talented would-be F1 driver – some other way. From there, to the in-crowd of crazy racing junkies sharing a house – cultured accents and dirty fingernails, high-jinx times. Frank won a bet from the others in the house once by greeting passengers on the passing tube train from the bottom of the garden – stark naked. The money was probably spent on fresh spark plugs. Everything was always based around the absolute, the centring point, of being in there, part of racing.

Only a romantic could live such a life when not backed by money. Carefree, knowing only that he wished to exist in the special suspended reality of motor racing. But he moved among wealth and so it probably seemed natural. Such a romantic could be devastatingly charming and many a woman’s heart melted when he looked them in the eye and gave them his best smile. Including that of his later wife Ginny. “I still find it hard to understand why I fell so instantaneously for Frank,” she later said. “He was not tall, dark and handsome. He stood only five foot eight inches high and even in 1967 his hairline was receding rapidly. There was no obvious reason for me to go weak at the knees, which only made it more disturbing.”

Frank’s own ambitions as a driver – way too many accidents, not enough money – came to an enforced halt but his friendship with Courage led him to be his entrant, in F3 and F2. Piers provided the money, Frank organised the team, employed a mechanic, did some trade deals, negotiated with the organisers. The bond they formed was incredibly close. Courage rose to F1 and for a while Frank ran others in F2. But when Courage ran out of F1 options after a few too many accidents, Frank came to the rescue with a second-hand Brabham and a DFV. In that car Courage finished second at both Monaco and Watkins Glen in ’69. Just like that, Frank Williams was an F1 entrant. 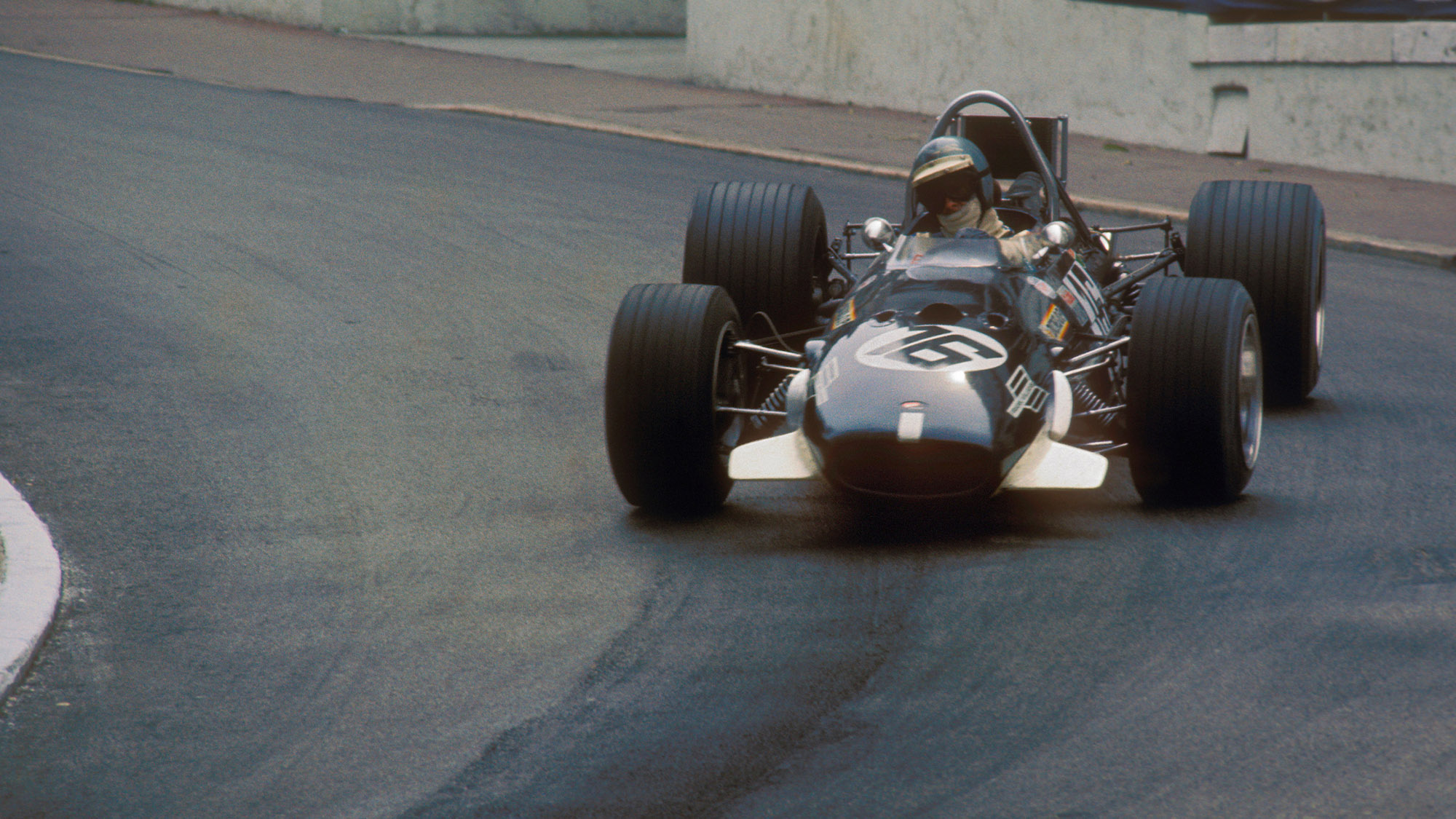 What followed would have driven a lesser man a long, long way from the sport. Courage was killed in the de Tomaso F1 car Frank was entering in the 1970 championship. But Frank was addicted. For the next six seasons he operated on the financial margins, doing deals here and there to stay in business, his team invariably turning up somehow. There were moments of promise – the Iso Marlboro designed for him by Ray Stokoe was a decent car which occasionally allowed Art Merzario or Jacques Laffite to show well. But generally, Frank’s team was not highly regarded. In late ’75 he acquired a sponsor, the oil man Walter Wolf. A few weeks before that, he’d acquired a designer, Patrick Head ex of Lola, after a recommendation from Frank’s friend and Lola racer Guy Edwards. It was the designer that would prove by far the most significant acquisition. 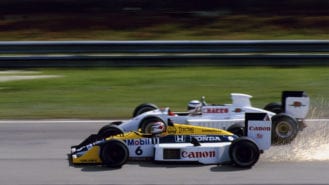 Walter Wolf ended up owning the team after paying off Frank’s debts. Frank couldn’t bear the idea of working as an employee with what used to be his team and left. Head initially stayed – but was swayed by the adventurer Frank’s charm to come join him in a new venture. So Williams Grand Prix Engineering took form. Patrick was the previously missing part in Frank’s jigsaw, a gifted engineer, someone who could put a technical structure in place to give Frank the proper foundation to race. When one of Frank’s old gang Charlie Crichton-Stuart then came up with some Saudi money from Saudia Air, a new F1 epoch began.

In no time at all Williams would be F1’s dominant team, making champions out of Alan Jones, Keke Rosberg, Nelson Piquet (already a champion), Nigel Mansell, Damon Hill and Jacques Villeneuve over a 20-year period of glory. The colossus of a race team would also properly launch the F1 careers of, among others, Ross Brawn and Adrian Newey. All headed by Frank and his irrepressible energy, his love of racing, his fascination with drivers. 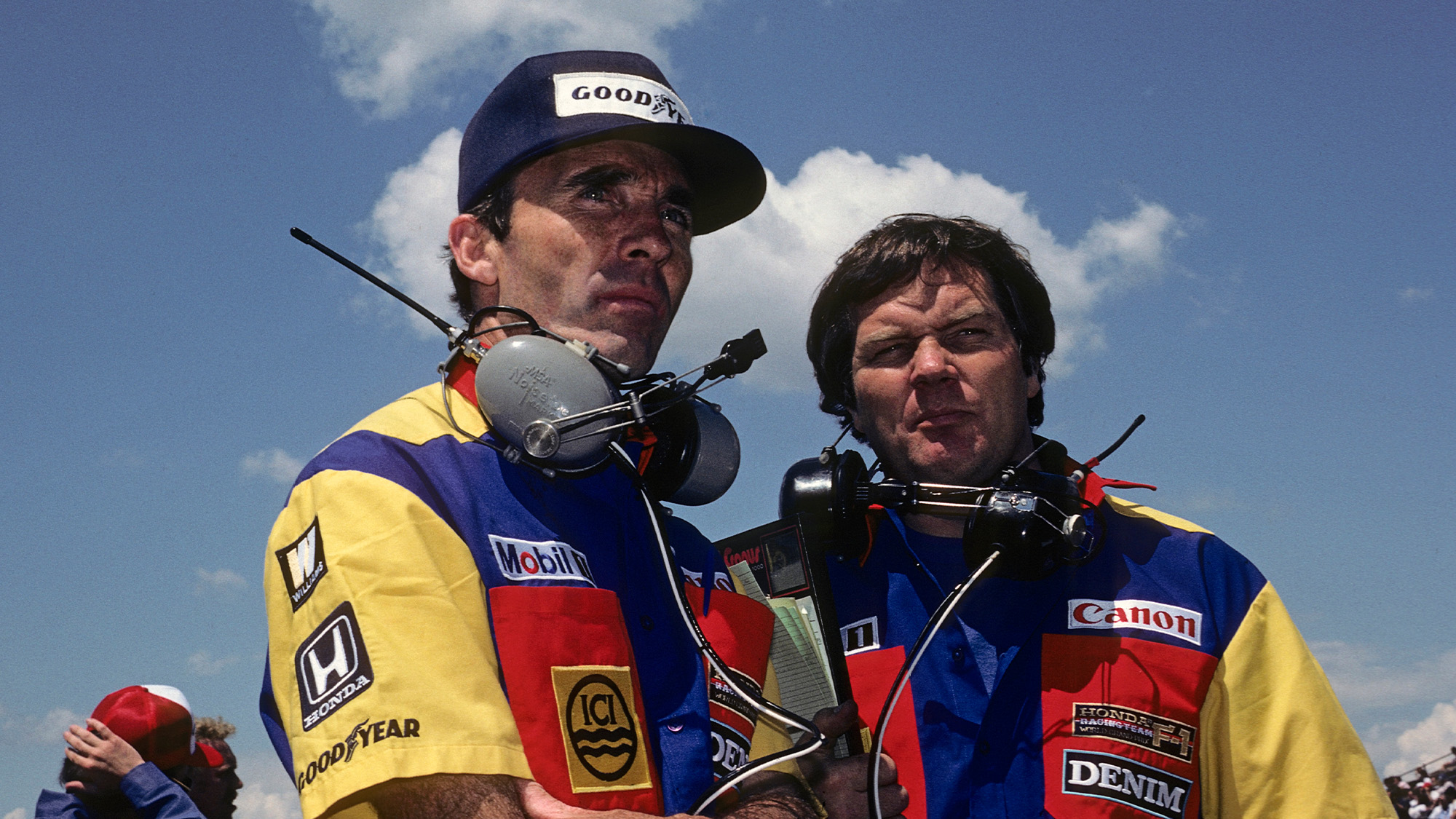 Patrick Head and Williams in Canada '85 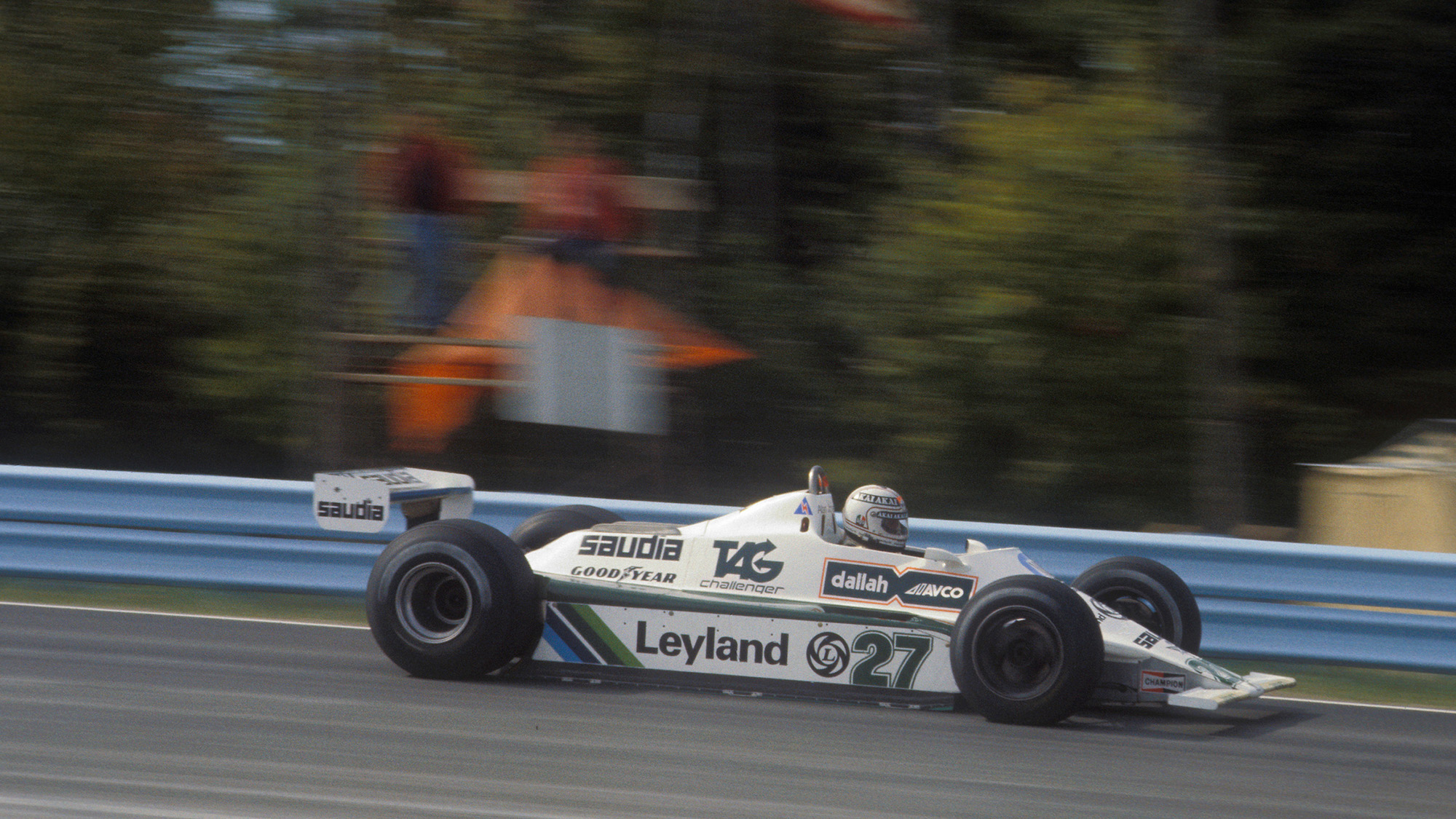 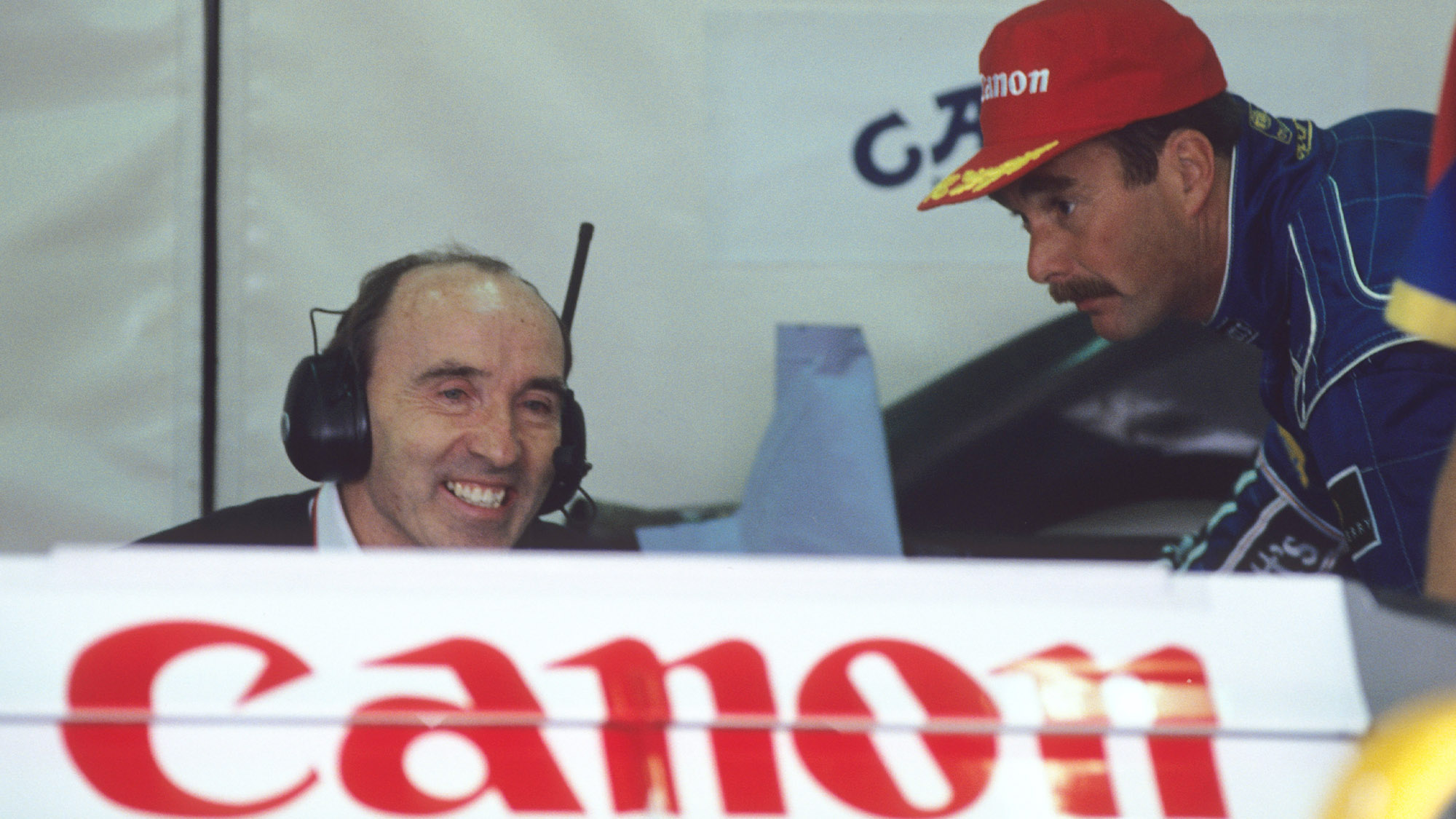 The Mansell-Williams partnership finally won the F1 championship in 1992

It was remarkable that this sequence continued uninterrupted after Frank suffered his life-changing injuries pre-season 1986. The years of driving too fast on public roads finally caught up with him as he made his way back from a Paul Ricard test to the airport to take part in one of his beloved running races the following day. He hovered on the brink of life and death for some time, Ginny adamant that everything should be done to keep him going even as hope was fading. Within a few months he was back at the races, wheelchair-bound for the rest of his life, but that smile, that sheer zest, still there. The love of racing, the mischief, the romance of it all. Strung together by invisible high-tensile steel that prevented him ever from being ejected from his magical world. In fact, as he returned to the paddock that day at Brands Hatch in ‘86 his greatest days were still ahead of him – the glory, the knighthood. But best of all, the days when a Williams-badged car would grind the opposition into the ground. 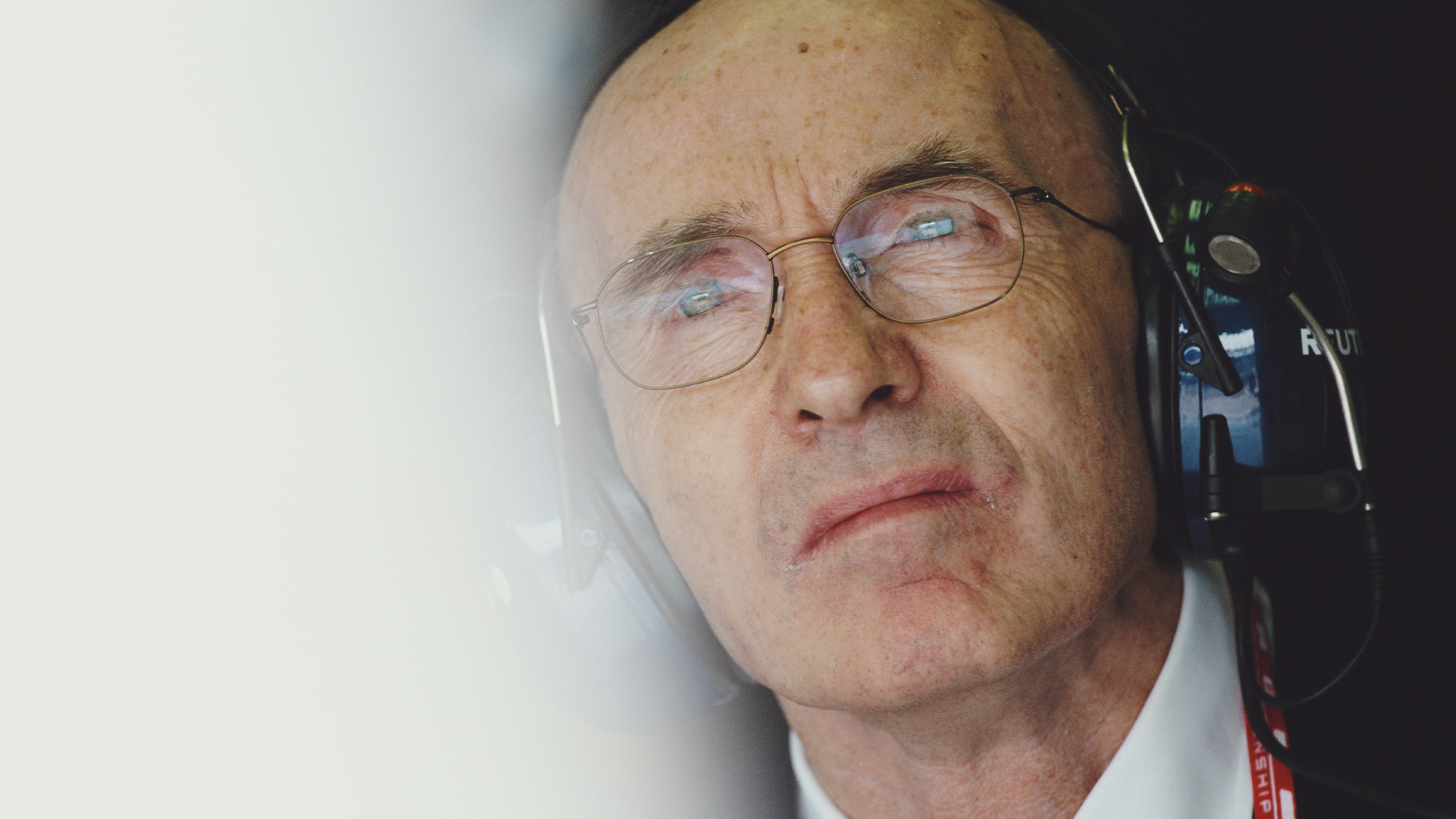