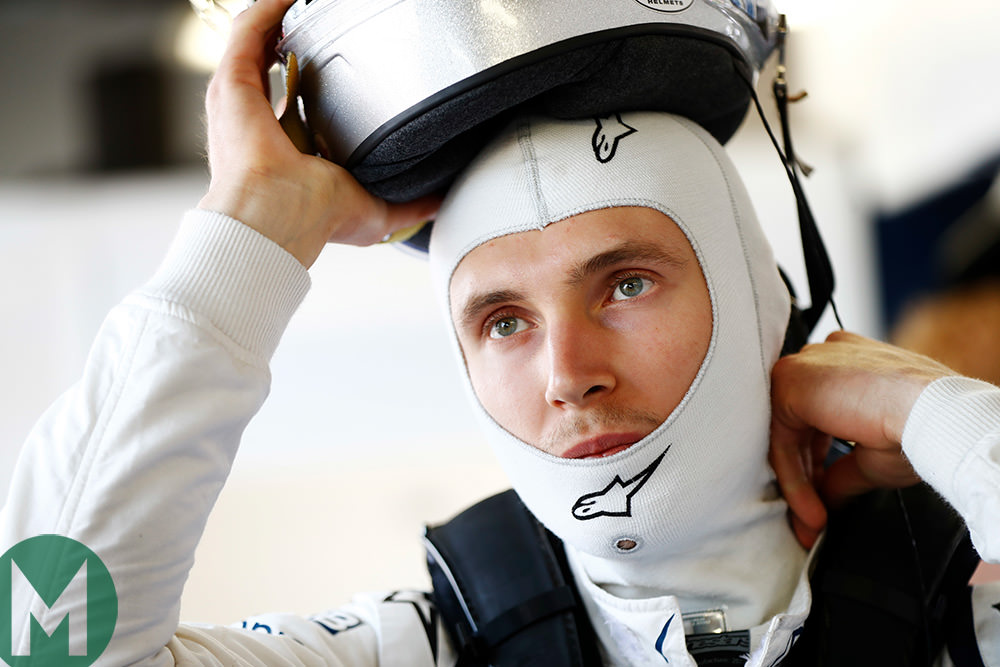 Disguised behind the shortcomings of the Williams FW41 has been the progress of Sergey Sirotkin, the Russian rookie whose recruitment, aided by what is believed to be the biggest driver budget contribution of all time, caused such controversy. Even more so when it came at the expense of the fairytale return to Formula 1 of Robert Kubica.

Well, had Kubica made that return it wouldn’t be looking much like a fairytale right now, so bad is the car – although his experience and the credibility his judgements carry may well have sped up the recovery process of the FW41. But this environment – a car that Kubica described in Spain as ‘undriveable’, in a team fighting for its long-term survival, with regular high-level personnel changes –  could hardly be worse for a rookie trying to learn the ropes of F1. At least when team-mate Lance Stroll was there as a rookie last year, the car was predictable and he had a quick, experienced team-mate in Felipe Massa to take a reading from. None of those things apply to Sirotkin, who is having to sink or swim.

The signs are that he is beginning to swim quite strongly. In Monaco – where the worst traits of the car were not punished as hard as in Barcelona – he was one of the stars of the weekend. In contrast to Stroll, with quiet resolve, he worked away on the car, helping to transform it from visibly awful on Thursday to something he could at least do something with on Saturday. Throughout Saturday practice and qualifying, he began to look like a serious F1 driver, skimming between the barriers with commitment and precision. Finding the gaps in the Q1 traffic he nailed a great lap that put him eighth in that session. It led Williams to begin dreaming it might even make Q3 for the first time all season. That proved optimistic – he improved his time but as the others got their acts together he slipped down to 13th. But that still flattered the car and he was a regular half-second or more quicker than his team-mate throughout. “Those laps were very impressive,” said technical boss Paddy Lowe afterwards. “He performed brilliantly. He definitely got the best out of the car.”

Sirotkin’s analytical approach could be heard in his assessment of the performance. “We are now getting better at maximising our package earlier and quicker throughout the race weekend. We are working very well here as an engineering group. We’ve done a good job on both sides, here at the track and back at the factory. It’s very nice to be back where we deserve to be. We’re properly in the midfield, fighting those guys. We are right there.”

In the race, he looked quite comfortable running in the second group behind the big three teams, and a place in the lower order points seemed perfectly feasible until he was obliged to take a stop/go for a pre-race team operational problem that had nothing to do with him.

His backers make a massive contribution to the team budget. But he attracted that backing by his talent. It’s very different to buying your way in with family money. In earlier times, when the junior categories were not insanely expensive, he’s the sort of driver that would have progressed steadily up the ladder purely on merit, a competitive race-winner and title contender and no-one would’ve batted an eyelid when he was given an F1 chance. But these are different times.

In this hectic, troubled environment, he is keeping his head down, remaining calm – and progressing. His team-mate, by contrast, is becoming ever-more strident in his frustrated complaints and going backwards. Sirotkin’s technical nous is certainly not hurting his cause – and he impressively beat former record holders Nico Rosberg and Alex Wurz in the Williams technical proficiency ‘exam’ – but it’s his attitude that is leading him to become an ever-more important focal point for the engineering team.

As he finds his place in F1 and his confidence begins to blossom it’s going to be very interesting to see how Sirotkin progresses.