Formula 1 was undeniably underwhelming Down Under. The lead battle in Melbourne was cagey rather than a cage fight; the rest were nowhere; and now everybody – not just Sauber – is in the dock. 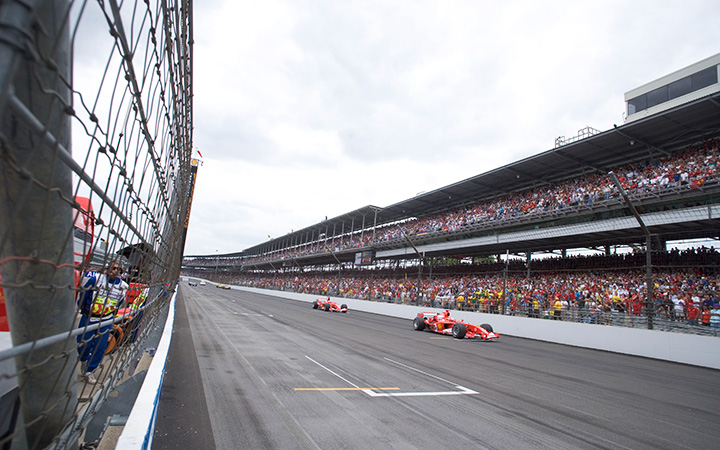 But, hey, it was mesmerising compared to Miramas in 1926.

For an unfathomable reason – the cynic within thinks, ‘Money, probably’ – I’Automobile Club de France decided to stage its premier event at the new but featureless 3.1-mile concrete speedbowl in Provence.

The track still exists and provides the basis of a comprehensive testing facility for BMW. But it sucked a big one as a test for Grand Prix cars. 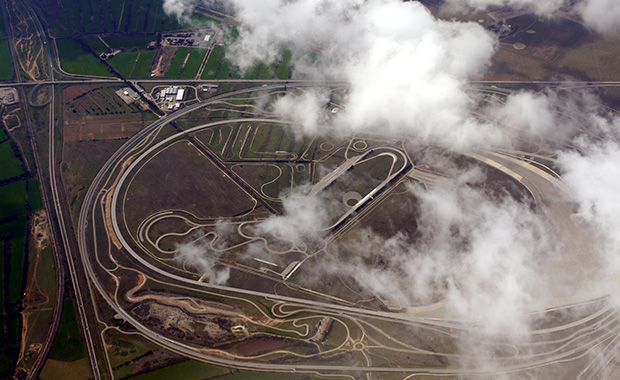 That was one problem.

Another was that the race was the first held in Europe for a new and technically advanced (improving the breed, etc) but expensive and unpopular formula.

The 2-litres that had provided good racing since 1922, and garnered sufficient manufacturers to warrant the creation of a world championship as from 1925, had been replaced by 1.5-litre cars.

All of them Bugatti Type 39As.

World champions Alfa Romeo had withdrawn, but French support was promised from Delage and the unwieldy Sunbeam-Talbot-Darracq combine, plus lesser known Guyot and (better known as a builder of cyclecars) SIMA-Violet (with an oddball, lowline semi-monocoque powered by a horizontally opposed flat-four two-stroke.) 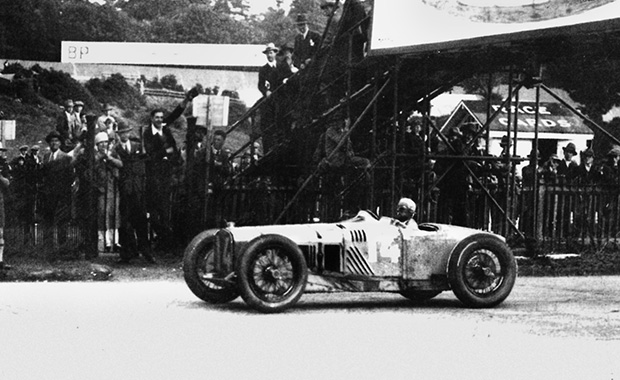 Italy hoped to be represented by Turin giant Fiat (with a twin-crank, 12-piston six-cylinder two-stroke) and Itala (with a front-wheel-drive V12).

Even plucky Brits Aston Martin, Alvis (with another front-wheel-drive machine), Ernest Eldridge and JG Parry-Thomas (with an engine with leaf-sprung valves) stuck their hands up.

But very few of these would ultimately stick their heads above the parapet for any appreciable time.

Competition had been swamped by bewildering technology beyond its creators’ ken.

By February, just six entries – three apiece from Talbot and SIMA-Violet – had been received for Miramas.

By April, Bugatti and Delage had been coaxed into joining them by a panicked organiser. 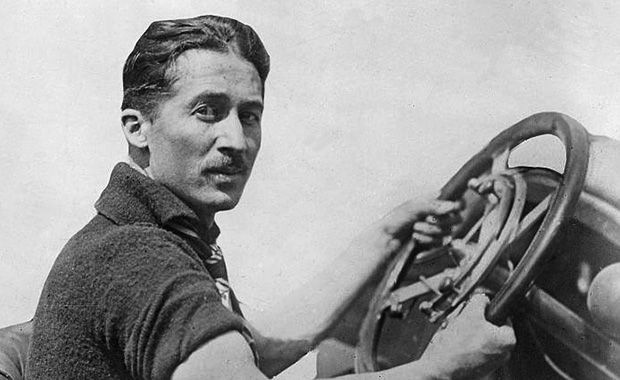 But on June 27, just those three Bugs – simplistic adaptations of a larger-capacity predecessor – lined up for the 500km race. And only that of Frenchman Jules Goux would complete the scheduled 100 laps: in 4hr 38min. A fuelling mix-up saw Pierre de Vizcaya, a Spaniard, retire before half-distance with an engine problem, while the similarly blighted Italian Meo Costantini was flagged off after 85 laps – presumably to save a sparse crowd from more torture.

It must have been like watching flies crawl around the rim of a dinner plate.

A fortnight later, the German GP (remember them?) at Berlin’s AVUS – a dull venue that at least was far from the middle of nowhere – was run on a sports car/Formule Libre basis and boasted a large field and drew a large crowd. Competitors and fans were voting with their feet.

The 1.5-litre formula staggered on until the end of 1927, with fields that were regularly numbered in a single digit. Although it spawned one of the great GP cars, the ‘Swiss watch’ straight-eight Delage that would be winning still, in Briton Dick Seaman’s hands, almost 10 years later, its expense and complexity caused it to run aground.

Its passing was not mourned. And its replacement was necessarily freer, easier and more realistic, i.e. cheaper and more achievable. 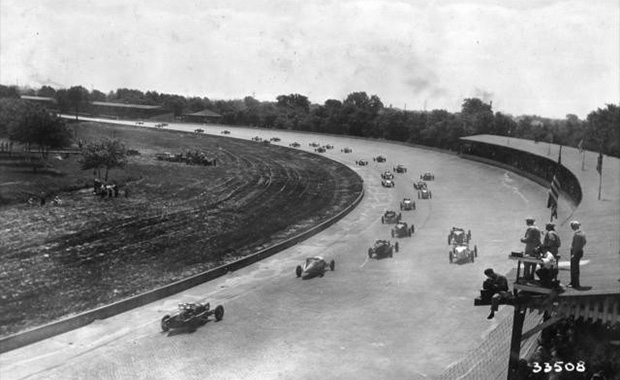 Indy’s equivalent was known unkindly as the Junk Formula, but by 1933 its 500-Mile Sweepstakes Race had swelled to a record 42 starters; this despite the Wall Street Crash of 1929 and the subsequent Great Depression.

Small fields have generated memorable GP moments in the past.

When Stirling Moss scored the first victory for a rear-engine car, in a Cooper in Argentina in 1958, he beat nine other competitors.

Almost the entirety of the 1960s, deemed golden and undoubtedly competitive, existed on a diet of teen-y grids.

The 1968 Spanish GP at Jarama – staged only after a drivers’ strike was averted by last-minute safety improvements – was when a victorious Graham Hill lifted Team Lotus’s spirits in the aftermath of Jim Clark’s death. 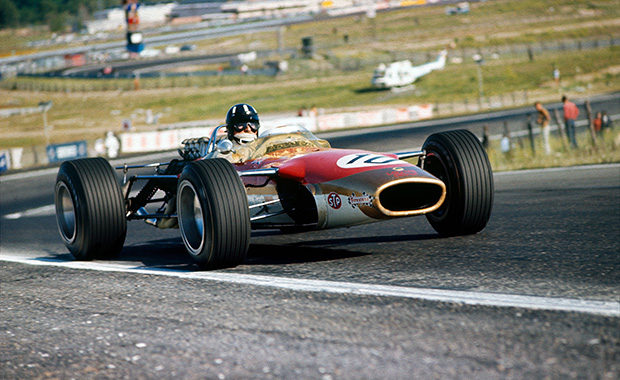 Hill won the next race, Monaco, too.

As was usual then in the Med principality, only 16 took the start: Bruce McLaren and Jackie Oliver crashed on the first lap; fleeting leader Johnny Servoz-Gavin clipped a barrier and broke a driveshaft after four; Jack Brabham’s rear suspension detached after seven; team-mate Jochen Rindt crashed on the eighth; Dan Gurney blew a head gasket after nine; Jo Siffert’s cwp chewed itself after 11; Jean-Pierre Beltoise irreparably damaged his front suspension on the 12th; Piers Courage’s rear subframe broke after 13; Pedro Rodríguez crashed (because of mechanical failure?) on the 16th; and John Surtees’s gearbox blew after 17.

Thereafter, BRM’s Richard Attwood, a replacement for the late Mike Spence, killed testing a Lotus turbine at Indianapolis, gave chase to Hill’s superior Lotus 49B update. The former set the fastest lap on the last lap – a not uncommon occurrence at Monaco then – to close to within 2.2 seconds.

The third- and fourth-placed Cooper-BRMs of Lucien Bianchi and Lodovico Scarfiotti were fully four laps behind. 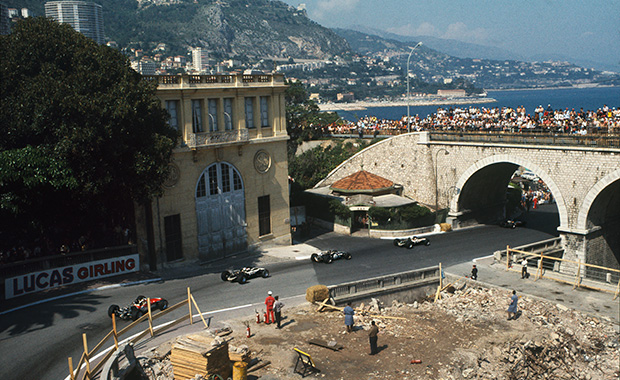 Yet it had been a compelling occasion.

It can take only two cars to make a race, but I tend to be merrier if more than 13 complete the opening lap.

You’d think that modern F1 would feel exactly the same way, but I’ve had doubts about that since its grandees felt in 2005 that a six-car GP – with not a single overtaking move throughout – was befitting the world’s most famous racetrack, Indy, and the world’s most demanding and, as a result, well-attended audience.

Now I’m absolutely sure that it does not.

It’s all smoke and mirrors. And when the former clears I wouldn’t be surprised if we found ourselves back at Miramas.