I know, big shock, guy goes to Las Vegas for a few days and wants to tell everyone how brilliant America is for Formula 1. But I’ve been a little surprised by some of the reaction to the US expansion, and I’m not totally sure why.

I’ve got an idea, and it stems from the last race F1 held in Saudi Arabia. A grand prix in an area that is engaged in a war with a group in a neighbouring country – one that can lead to the attack that overshadowed the whole race weekend – raised a number of questions about where the sport races. And to me, there’s two different types of in-it-for-the-money that need identifying.

There’s the Middle East angle, which does have a passionate fanbase but a small one, and in reality the crowd sizes and number of international travellers to the events in Bahrain, Abu Dhabi and Saudi Arabia – and soon to be Qatar – reflect the level of interest in the sport itself. Here, it’s the ability for governments to pay huge sums to host a race that makes it most attractive to F1, and it would be silly to look a gift horse in the mouth.

For those saying having three races in America is all about money, you’re also correct, but in a different way. That’s all about money because of the huge interest in the sport in the States right now, and F1 is capitalising on it. 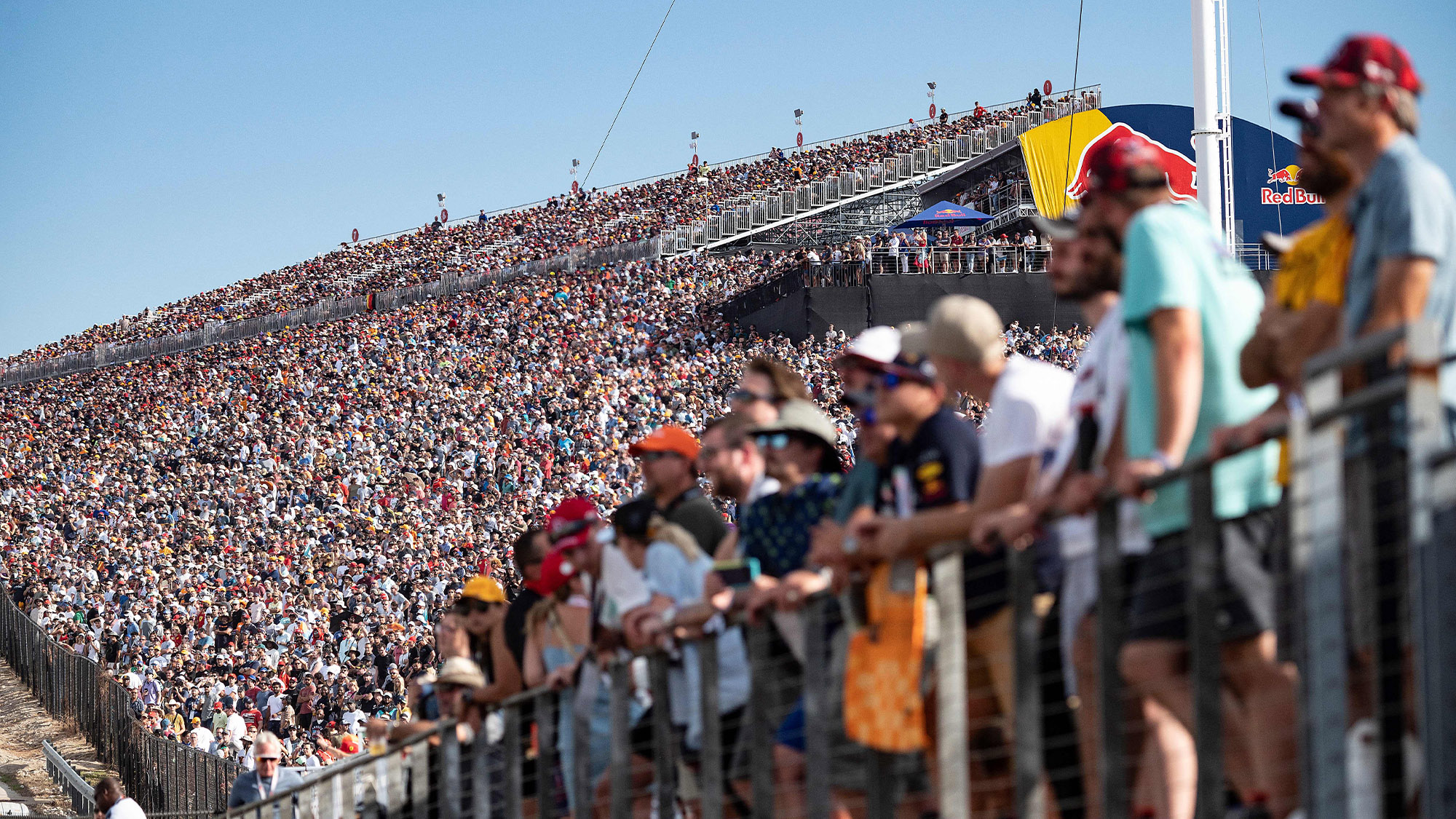 This year’s US GP broke crowd records with a reported 400,000 fans attending

The fanbase is growing, and although still small in US sports terms it is massive in F1’s world. Over 400,000 at Circuit of the Americas last year, two sellout events expected this year as Miami joins Austin on the calendar, and massive confidence that Las Vegas will provide the same.

Vegas, don’t forget, is a short drive from California, a state with a population of around 40 million. The four Middle East countries I referenced earlier combine for a population just under 50 million, and they have four races in that region.

Fans are money, so when a race is placed in a location that can hit a major market and large fanbase, it’s a win-win from the sport’s perspective. 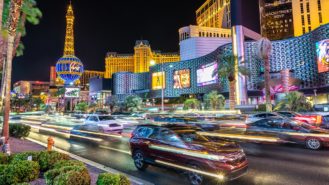 It’s straight out of a video game, but Formula 1 really will be racing on Las Vegas Boulevard, or the Strip to you and me. Whether you’re a fan of…

But it’s not just in fan numbers that the popularity of F1 can be measured, with the reach provided as a marketing platform leading to numerous major sponsorship deals. Saudi’s Aramco went for both F1 and Aston Martin, but it shares the latter with US-based Cognizant, while Red Bull added a huge deal with Oracle this season and McLaren recently announced Google as a partner.

It’s no coincidence that Haas didn’t need to take a pay driver to replace Nikita Mazepin, either, with the growing value of the sport to an American brand meaning Gene Haas was willing to pay Kevin Magnussen and increase his own investment if required following the end of the Uralkali deal.

The sport is enjoying a surge in popularity in the United States, with fan and sponsor investment following.

It’s not dissimilar to when Fernando Alonso’s huge popularity in Spain led to a second race being added on the streets of Valencia – along with major sponsors such as Santander – or Max Verstappen’s obvious influence on the return of the Dutch Grand Prix.

The fact that Zandvoort is back on the calendar also attests to Liberty Media delivering on the approach it outlined when it took over ownership of F1. It wanted to add new markets, retain historic venues and focus on America.

The first of those three saw permanent races in Saudi Arabia and Qatar added due to the clear financial boost each event can provide. But the second has had equal billing, with Zandvoort and Imola signing multi-year deals and returning to the calendar, while part three has been addressed with the arrivals of Miami and Las Vegas.

The French Grand Prix looks like being a casualty as a result, but Paul Ricard never quite felt like the right venue. In my mind, if historic venues like Spa or Monaco start fearing for their futures, it’s similarly because they are unable to make their events work commercially, and that includes attracting big crowds or showing local stakeholders its worth investing in because of the positive impact it has on the region.

Should the most iconic venues find themselves under serious threat, then it’s not the United States that is top of the list providing that threat. It’s the events that can cough up enormous hosting fees that others can’t compete with, regardless of whether those races can actually turn any kind of profit other than act as advertising for a country on a global scale.

America’s got just as much F1 history as almost any country in the world. Italy has hosted the most grands prix with 102, with Germany (79), the United Kingdom (76) and USA (71) following closely behind.

Monaco, Belgium and France have all hosted fewer races, and if you take out the 11 Indy 500s that counted to the world championship, the States only just slips behind those three. That’s even before we’ve spoken about American world champions or former teams.

That history has also tended to be on street circuits as much as permanent tracks, with only Watkins Glen, Indianapolis and now COTA fulfilling the latter role for multiple races — Sebring and Riverside as one-offs. Miami is somewhat of a hybrid (and a much better one than Caesars Palace was) but Vegas now follows in the footsteps of Long Beach, Detroit, Phoenix and Dallas. 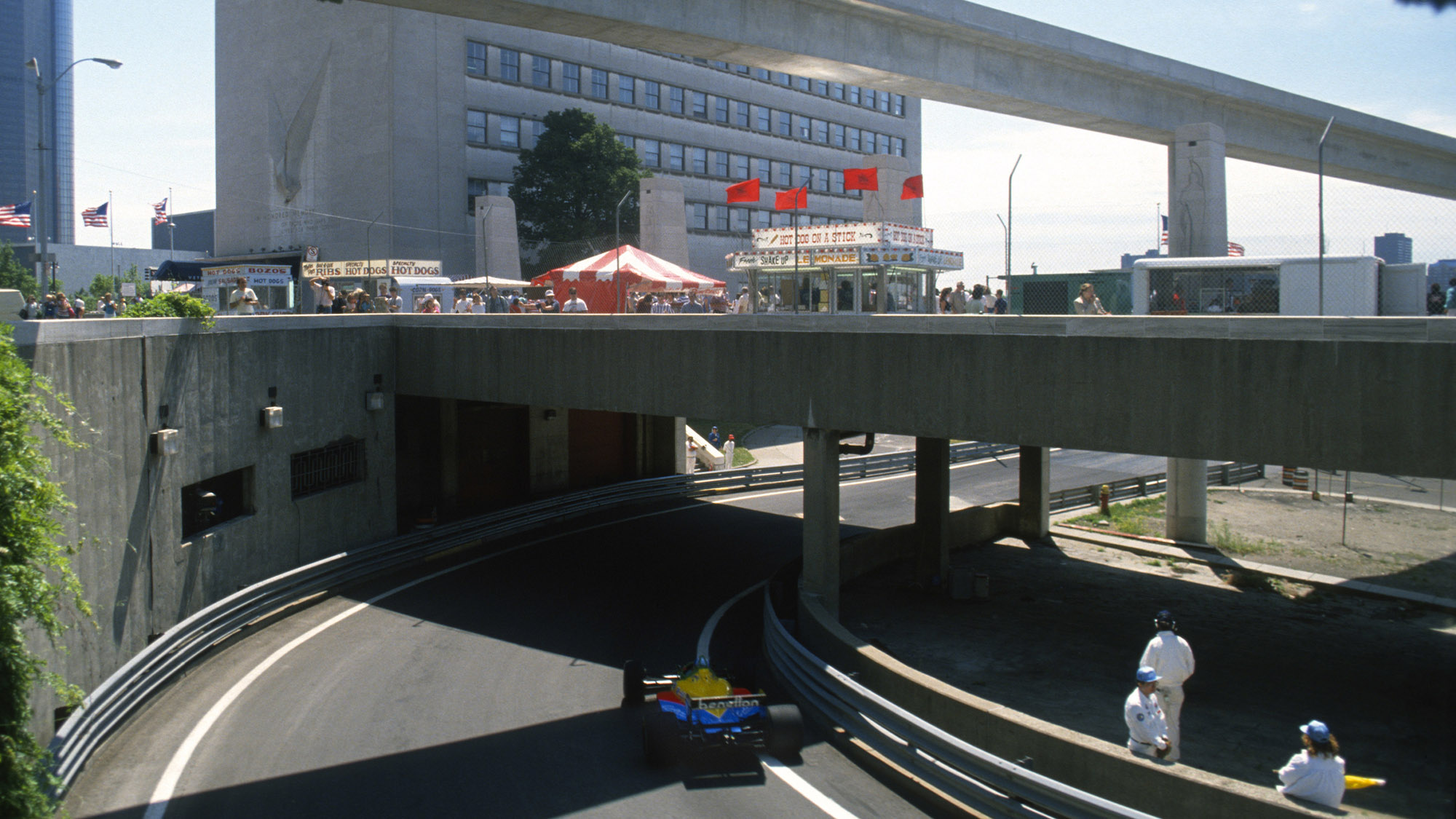 A three-year deal for Vegas suggests the sport won’t race there at any cost, with F1 and Liberty taking on part of the promotion and keen to see how that model works, while the track layout incorporates an iconic backdrop and overtaking opportunities to try and ensure the racing is exciting.

It might not be Watkins Glen or Laguna Seca, but then those circuits aren’t fit to host modern F1 and if they were adapted to do so they could well lose the very characteristics that make them so iconic.

Like it or not, F1 is a business and it needs to make money to continue growing, to continue funding the teams and drivers fans want to support, and to continue being an attractive proposition for stakeholders to keep it healthy.

Very few places can offer a significant financial impact, a hugely engaged sporting fanbase and still have the potential for growth in the way America can.

The number of previous races and different venues tells you all you need to know about F1 historically wanting to prioritise the States. Liberty Media’s ownership is not the reason it remains one of the sport’s biggest targets, but it is the reason it has a greater chance of succeeding.