After an 11-year absence we’re back at Spielberg; the old A1-Ring has been renamed the Red Bull Ring and the press room has been moved to the opposite side of the rebuilt pits, affording a quite magnificent view of the track and its majestic mountain forest setting. Otherwise it’s much as F1 left it in 2003. 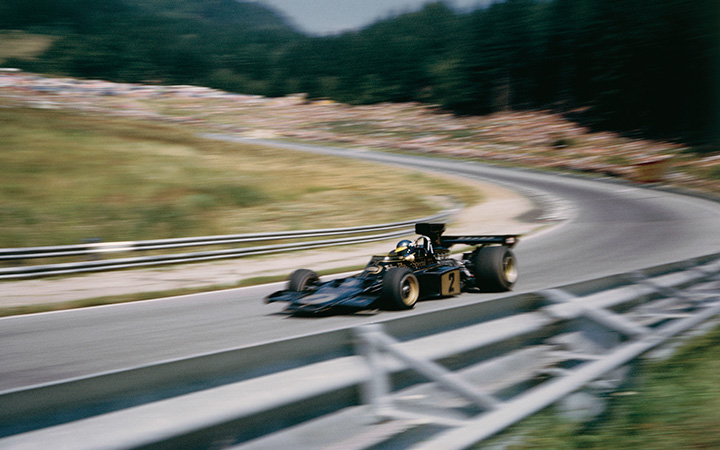 But what about the ‘old-old’ track, the amazing Ӧsterreichring that hosted this race between 1970 and ’87? Thankfully, stories of the section that does not overlap with the modern track being having been ripped up have proved wide of the mark and it stands intact as mute testimony to days when men sat in metal, fuel-filled bathtubs and lapped at an average higher than anywhere other than Monza.

This place only came into existence thanks to a one-time tearaway called Jochen Rindt. His wild teenage escapades on the road with his friend Helmut Marko led them both eventually into the racing world and by the time the Austrian Grand Prix first appeared on the world championship calendar – around a horribly rough makeshift adaptation of the nearby Zeltweg airfield in 1964 – Rindt was on the grid, making his F1 debut. 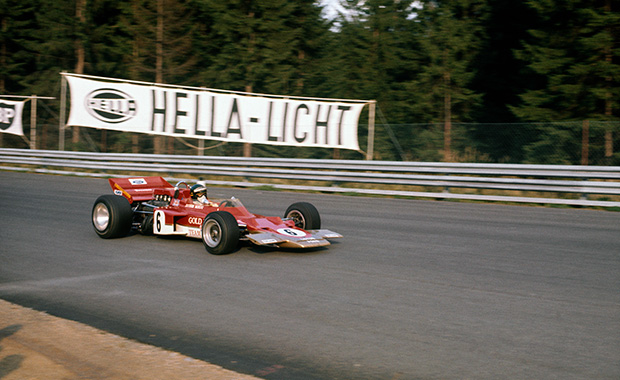 That track was such an appalling car-breaker that Austria found itself hauled straight back off the calendar. But with the progress of Rindt, the country’s first bona fide racing star, through F1, the appetite and market was there for a new permanent circuit that could host a re-invented Austrian Grand Prix. It came into being late ’69 and hosted the race for the first time in 1970.

Rindt arrived here on the back of a four race victory sequence, comfortably heading the world championship. He retired with engine failure in what turned out to be his final Grand Prix – and he spent some hours afterwards happily signing autographs and meeting adoring fans. Rindt was lost to those fans a few weeks later but his legacy to them was this beautiful track.

Continue beyond what is turn one of the current track, up past the run-off area and behind the barriers and you find yourself standing in a merchandising area sited on hallowed ground. This was once the mighty Hella Licht corner, a top gear blast over a brow trusting that the car would hang on, committing to what you felt rather than what you could see. Pedro Rodríguez used to take it flat in a Porsche 917. 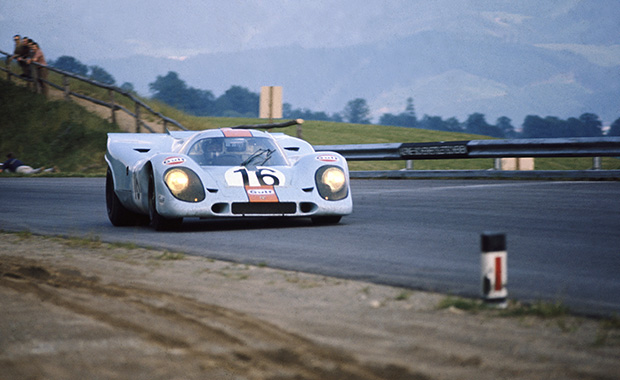 After Mark Donohue’s tyre failed through here in ’75 causing him to crash fatally, they installed a chicane to slow it down. That chicane was roughly where the run-off area is now. The original corner is still turning right where the merchandise stands are. Rindt’s Lotus 49 (which he never raced here) is on display, as is Marko’s BRM P160B, Dieter Quester’s Surtees TS16, Niki Lauda’s Ferrari 312T2 and Gerhard Berger’s Ferrari 156 turbo. All local boys that made good in the slipstream of Rindt’s success.

The music is blaring there but continue following that old tarmac around to the right and within a minute it’s all faded into the birdsong tranquility of the forest. You’re out alone now, among the ghosts. Ahead is a beautiful vista of mountains and tall pines. The metal skeleton of a bridge crosses the track, where a marshal would once have crossed from the outside to his Armco-guarded post on the inside, sandwiches and drinks in his bag.

The tall forest bank to the right blocks out the present world; you’re somewhere between 1970 and 1987. Just pick your favourite year. The tarmac is still in good condition; you could still hold a race on it – were it allowed. A gentle, fast, slightly downhill left sweep feeds you through a compression and spits you out on the approach to the right hander at the bottom of a hill, where Clay Regazzoni, leading the first lap of the 1970 race, almost lost the fuelled-up, cold-tyred Ferrari 312B, team-mate Jacky Ickx hard on his tail. 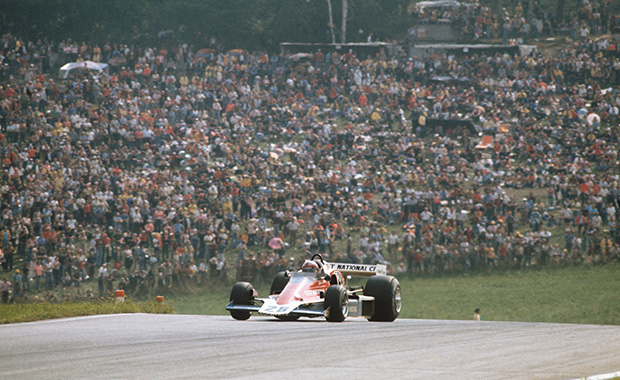 Then the steep climb, heading for the blue sky horizon of a crest between the verdant corridor. Here they raced, flat-out through the valley’s natural contours, the place that Jochen’s talent brought into being. As you crest that rise, where the magnesium sparks flew spectacularly in the early laps of ’87, you look ahead to the long run down to what was once the Boschkurve, a 150mph curving downhill right, running right up to the earth bank. As you go down that straight you intersect what is turn two of the current circuit and you’re back into 2014 and part of you feels bereft.