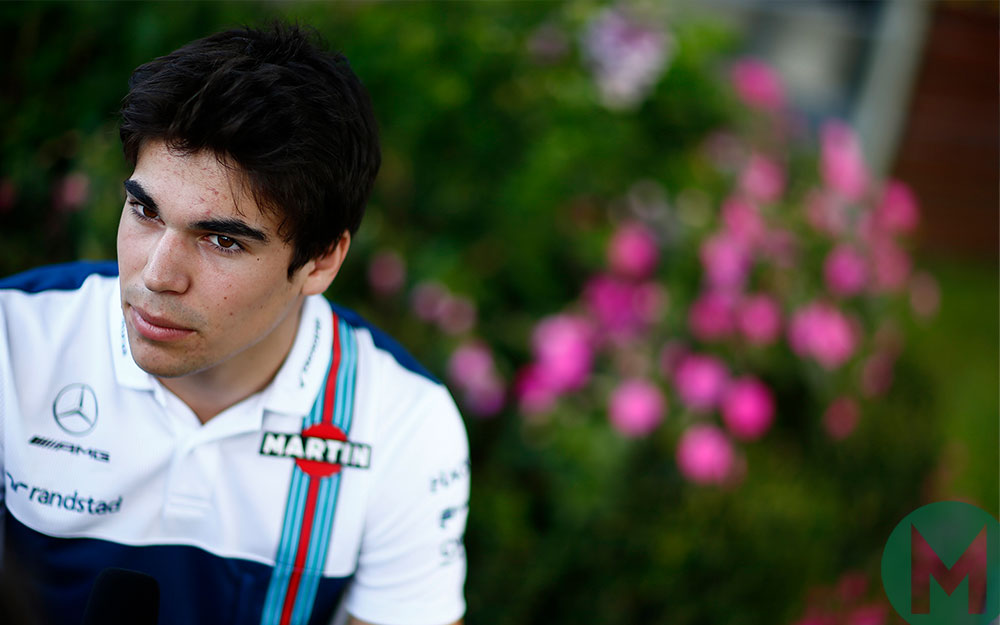 Okay, now I’m feeling old. It wasn’t so very long ago, was it, that Melbourne’s Alan Jones was muscling a ground effect FW07? What happened to all those Williams between?

Yep, I am so very yesterday. For tomorrow, in Melbourne’s Albert Park, an 18-year-old Canadian’s Formula 1 life will begin in an FW40.

Montréaler Lance Stroll looks the part and boasts an impressive CV that proves he’s used to winning. But he seemed a bit green during testing and visited Barcelona’s greenery more often than was good for the soul.

The team, rather more touchy feely than it was between FWs 6 and 34, deflected the blame, while team-mate Felipe Massa, whose own youthful introduction to F1 was exuberantly fraught, came to his defence.

Stroll himself has insisted that he doesn’t care about critics.

Between rookie errors, he was about a second off Massa – i.e. 13th fastest – at Barcelona, albeit with a time set on softs while all else did their fastest laps on supers or ultras.

As capable and confident as he appears to be, this weekend he is tasked with driving the fastest – after Ferrari and Mercedes-Benz, and possibly Red Bull, if testing is to be believed – F1 car in history; for a team that star returnee Paddy Lowe rates better than Mercedes-Benz in some respects.

And public sympathy, being what it is, is likely to be in short supply given Stroll’s billionaire father’s support. 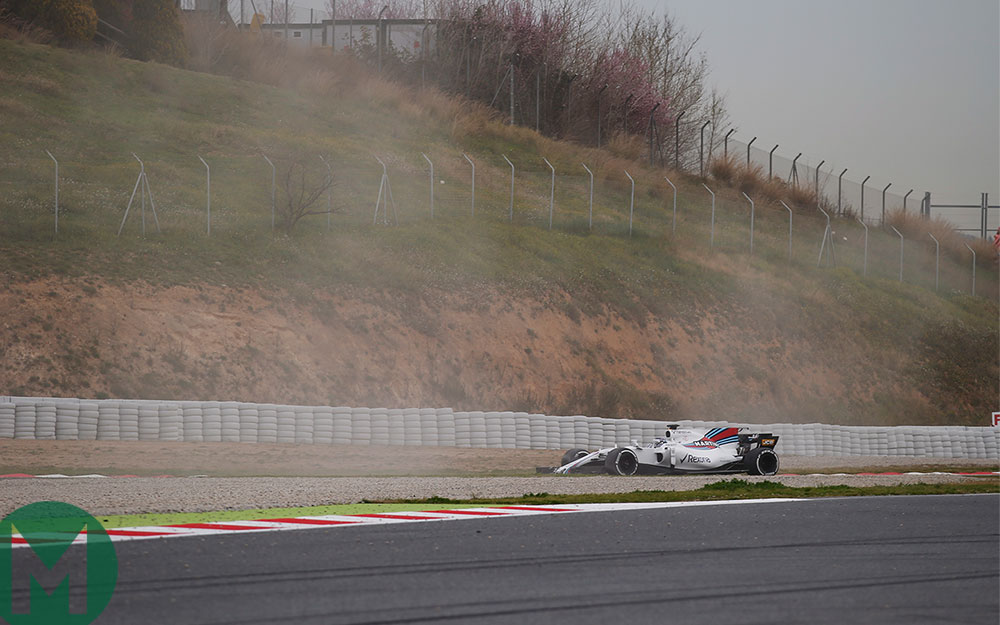 A baptism of fire, or gravel, for Stroll at the 2017 Barcelona test

Were Peter Revson still with us – he was killed testing a Shadow DN3 at Kyalami 43 years ago yesterday – he would have understood this ‘predicament’. Perhaps would have had an encouraging word for Stroll. For his career was ‘dogged’ by his memorable name, film star looks, Miss World girlfriend and, in theory, access to the Revlon empire.

No matter how hard ‘Revvie’ tried, and despite his successes in Trans-Am and Can-Am, Indycars and sports cars, some F1 peers were reluctant to accept him.

It didn’t help that his preppy charm rubbed some up the wrong way, or that his peppy frustration occasionally boiled over, as Sam Posey will attest.

This blue chip had a bit of a chip on his shoulder.

Nor did it help that Revson ventured F1 before he was ready.

After a year of Formula Junior in Europe, hauling his Cooper behind a converted Ford Thames bread van nicknamed ‘Galloping Gilbert’, he was persuaded by Reg Parnell to step up in 1964. He was 25, struggled in an outdated and underpowered Lotus-BRM and spent the next seven seasons rebuilding his reputation.

He never bought success, he earned it, which some thought plain weird. He just couldn’t win in some eyes.

A brief return to F1 in 1971, a one-off appearance in Tyrrell’s 001 at Watkins Glen (below), was ended summarily by clutch failure at the start. 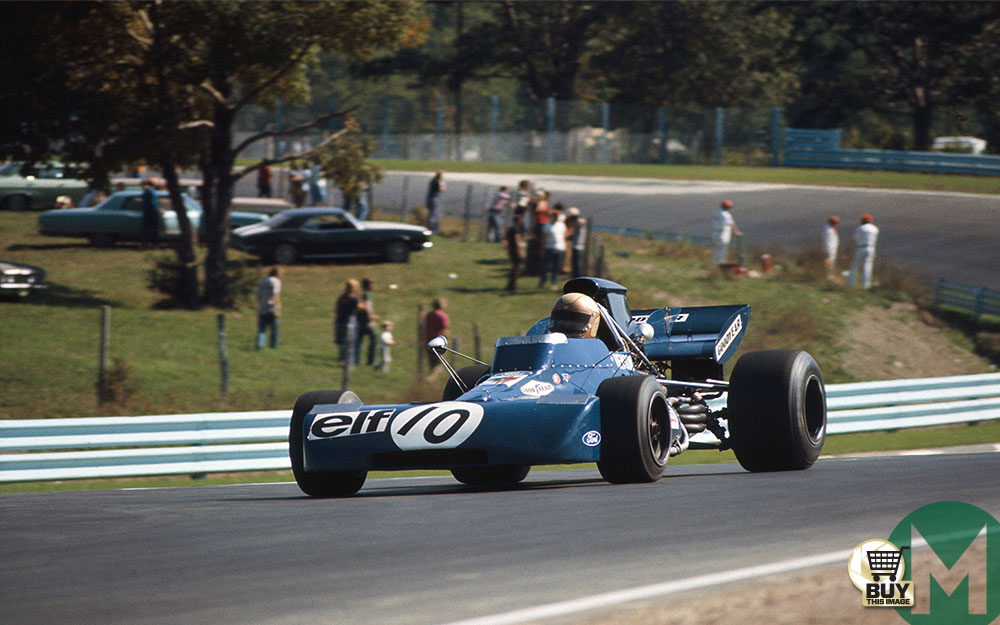 He could have stayed in America and become a talisman, but the lure of Continental road racing was too strong for this cosmopolitan New Yorker to resist.

He missed only one GP in 1973, the French, when McLaren forced him to contest a clashing Indycar race at Pocono. He really didn’t want to go and perhaps there was a tinge of anger to a sensational pole position. Unfortunately, his turbocharged Offenhauser dropped a valve come the race.

Meanwhile, his ‘replacement’ Jody Scheckter was posting a remarkable performance at Paul Ricard, qualifying second and leading until the Lotus of an increasingly frustrated world champion Emerson Fittipaldi – ‘Fletcher’ was showing no Christian charity – punted him off with 11 laps to go.

Though Revson won the British GP on his return, a composed performance amid frantic action at a wet/dry Silverstone, his stock had undoubtedly dipped.

He prevailed again, albeit in controversial circumstances after a safety car snafu, in Canada, but his position was coming under increasing threat.

Fittipaldi was bringing money from Marlboro and Texaco, as well as his talent, to McLaren; Scheckter was hardly on Emmo’s Christmas card list; and current headline sponsor Yardley was threatening to hold the team to their contract.

Eventually a compromise was struck: Denny Hulme was given a stay of execution to be Fittipaldi’s team-mate in 1974, and a third car, run by a specially created separate team, would carry Yardley colours.

Although the latter was a Revlon brand, Revson wanted no part of it and signed for Shadow. He had never relied on family money or connections. 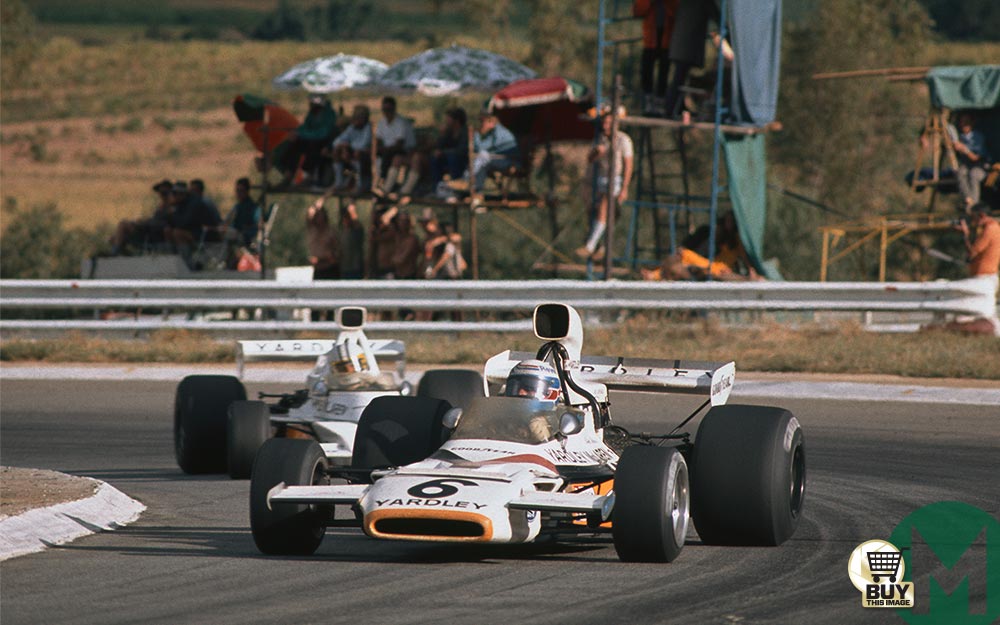 Stroll’s father Lawrence, a whip smart businessman who has made his fortune in the competitive fashion industry, has been far more proactive and reportedly extraordinarily munificent to ensure his son’s rapid and admittedly impressive progression.

That, of course, as Lance has discovered, brings its own pressures – especially now that the world will be watching him, as opposed to the one man with(out) a dog of F3.

(Awaits email of reproach from friend and esteemed F3 correspondent.)

Stroll’s will be no stroll in the park in Australia.