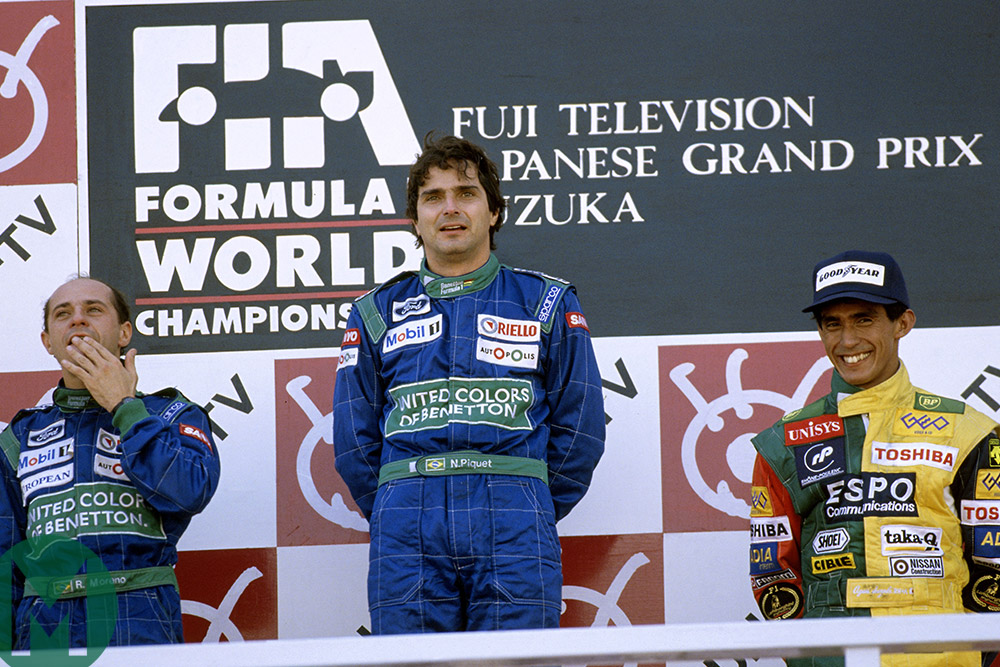 As sporting theatres go, it has few peers. From Osaka to the west or Nagoya to the north-east, catch a Kintetsu Line train to Shiroko and you are within touching distance of asphalt perfection. Or Suzuka Circuit, as it is more commonly known.

The landscape – a cocktail of heavy industry, tuning shops, car dealerships and a funfair – might lack the romance of Fuji Speedway’s adjacent mountain, but the compensation is a fine, old-school racetrack.

This weekend’s Japanese Grand Prix will be the 30th Formula 1 world championship race at Suzuka, which over time has been a magnet for controversy, spectacle and, occasionally, typhoons.

The 2005 race will live long in the memory. With qualifying disrupted by rain and several customary front-runners condemned to the starting grid’s lower reaches, Kimi Räikkönen (still properly fast in those days) threaded his McLaren (also still properly fast) through the field to pass Giancarlo Fisichella’s hitherto leading Renault at the start of the final lap. It helped that the Italian defended against fresh air approaching the chicane on the final lap, thereby compromising his exit onto the pit straight, but it was still a fantastic move on Kimi’s part – a fitting conclusion to a great race. Other highlights? Fernando Alonso’s run to third stands out, as he had to pass Michael Schumacher en route… and did so around the outside of 130R as they went wheel-to-wheel at approximately 206mph.

The era of Senna/Prost conflict also put the sporting world’s spotlight on Suzuka. I’ve always felt their 1989 clash, under braking for the chicane, was more of Prost’s making. Once Senna had committed to the inside – risky, but there was a clear gap when the manoeuvre began – his team-mate had the option of conceding, but instead turned right when there was no longer space so to do. It was clumsy, at best, but subsequent events secured the Frenchman’s third world title – Prost hopped out, Senna carried on, pitted for a new front wing and won on the road, but was then disqualified for skipping the chicane on the lap of the clash…

All I remember about the first corner is the dust – it was absolutely everywhere and I had no idea who had gone off. It was only on the second lap that I was able to see the cars of Senna and Prost

One year on, Senna demonstrated a rather more chilling form of racing GBH. Aggrieved that the organisers had refused to switch pole to the cleaner side of the grid, and unsurprised that Prost had made a faster start from second, he simply primed his red-and-white Exocet to take out his now-scarlet nemesis, swiped him at 100-and-considerable mph and took them both deep into the gravel. That was his second world title sorted…

Through the settling dust, Nelson Piquet and Roberto Moreno emerged to finish first and second for Benetton – Moreno’s lone podium finish in a GP career spent largely with outfits such as Coloni, EuroBrun, Andrea Moda and Forti – but behind them a small piece of Grand Prix history was evolving.

Honda might have made its mark on F1 by now, with a couple of wins as a constructor and many as an engine supplier, but Japanese drivers did not have the same rich pedigree.

In 1975 Hiroshi Fushida became his nation’s first world championship Grand Prix entrant, but a blown engine denied him a start at Zandvoort (the Maki team did not have a spare) and he failed to qualify on his subsequent appearance, at Silverstone.

It was not until Japan was added to the world championship calendar (Fuji, 1976) that it had a driver on the grid – three, in fact, in the form of Masahiro Hasemi, Kazuyoshi Hoshino and Noritake Takahara, who had also contested the 1974 International Trophy, a non-championship race, in a March – but representation had since been relatively thin.

Satoru Nakajima became Japan’s first point-scorer, when he took his Lotus to sixth in the 1987 San Marino GP (below), but his best subsequent results had been a couple of fourth places and the Japanese flag had still to fly above an F1 podium. 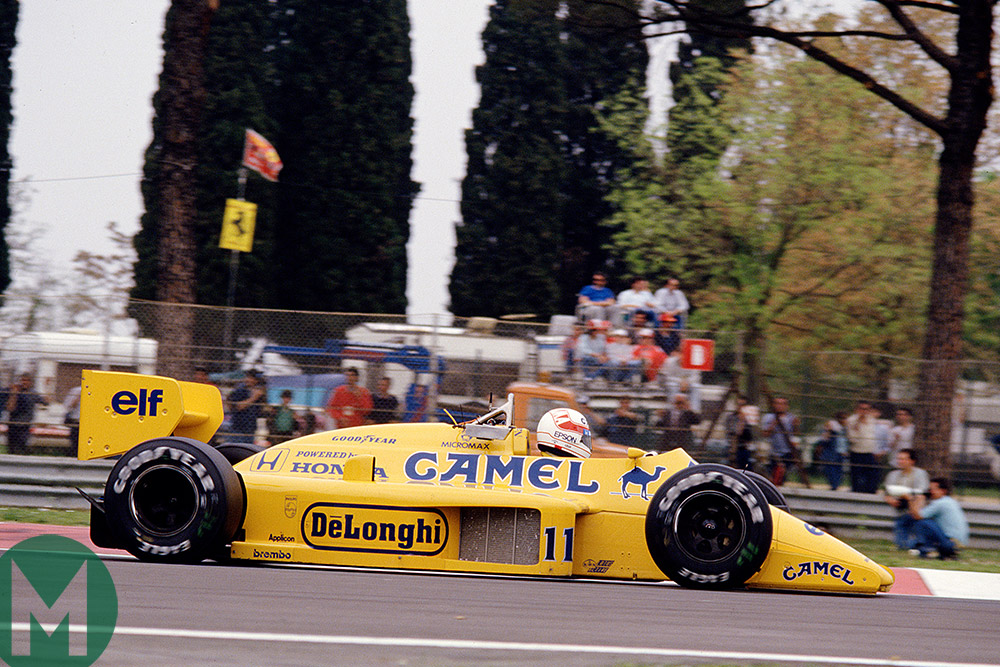 With Senna and Prost out, and the Brazilian’s team-mate Gerhard Berger spinning on their dust at the start of lap two, Nigel Mansell (Ferrari) took the lead from Piquet, Moreno, Williams drivers Thierry Boutsen and Riccardo Patrese, Derek Warwick (Lotus) and local hero Aguri Suzuki (Lola-Lamborghini), although Suzuki wrested sixth place from Warwick on lap seven.

The Benettons were running a harder-spec Goodyear and both drivers planned to run non-stop, but those around felt stickier rubber and a single stop would be more efficient. Boutsen pitted on lap 20, but lost time when a rear wheel jammed. Suzuki came in on lap 25 and leader Mansell followed suit next time around. Ferrari finished the job in just 5.82sec – rapid by the standards of the day – but such was the Englishman’s eagerness to resume that he snapped a driveshaft during a wheel-spinning getaway. Patrese persisted on worn rubber until lap 36, when his stop promoted Suzuki to third, and there he stayed. Towards the end of the race he began to close on Moreno, before backing off at the team’s request to settle for a safe, if unexpected, third.

Reflecting on that day some years later, Suzuki said: “I know it was a long time ago, but that race remains crystal clear. I made a reasonable start from 10th on the grid, but all I remember about the first corner is the dust – it was absolutely everywhere and I had no idea who had gone off. It was only on the second lap that I was able to see the cars of Senna and Prost.

“Senna was very popular in Japan and before the start I noticed how many Brazilian flags were waving in the grandstands. I was thinking, ‘We have two Japanese drivers on the grid [Nakajima finished sixth] but there are hardly any Japanese flags.’ After the race, though, I looked down from the podium and there were Japanese flags everywhere.

“I wondered where they had all come from, but there was always a very special atmosphere at Suzuka and standing up there was a wonderful moment.”

An afternoon that began amid bitter recriminations ended on a refreshingly upbeat note.