It wasn’t the most exciting Monaco Grand Prix by some stretch but it changed the complexion of both championships as Max Verstappen and Red Bull overtook Lewis Hamilton and Mercedes with victory on the streets of Monte Carlo.

The nature of the circuit means overtaking is difficult but that didn’t prevent some drivers from chancing it at the few corners where a move is possible, while teams found mixed success with their strategy battles.

The action wasn’t always obvious — and sometimes missed by the TV director, but there really was plenty going on throughout the 78-lap race. Here are some of the key bits you may have missed. 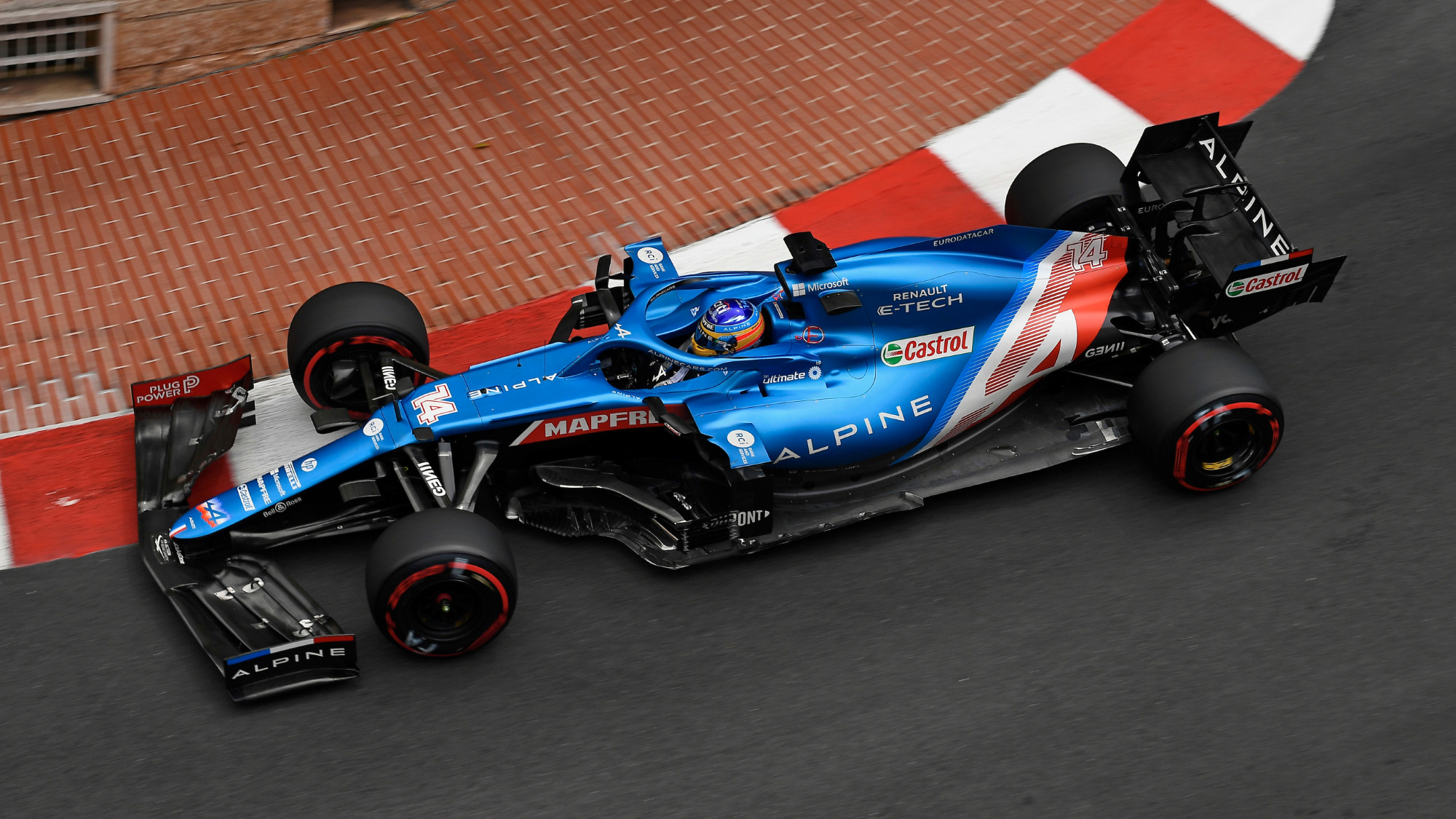 While there wasn’t much overtaking of any kind during the race, Fernando Alonso made the most of his Monaco experience on the opening lap to take two places from Yuki Tsunoda and George Russell.

He cleared the AlphaTauri in no time, claiming the inside line at Ste Devote. After Russell had skipped the first corner, the Alpine driver used his momentum all the way up the hill to take the inside line at Massenet and 14th position.

Antonio Giovinazzi and Mick Schumacher were the other two drivers opportunistic enough to seize the moment on the opening tour. Giovinazzi took advantage of Esteban Ocon getting caught up behind Sergio Perez at Mirabeau to slide to the outside line and take ninth place from the Frenchman.

Schumacher dived to the inside of Haas team-mate Nikita Mazepin at the Grand Hotel Hairpin and climbed the kerb to get the move for 19th finished off on lap one.

How Sebastian Vettel and Aston Martin nailed the pit stops 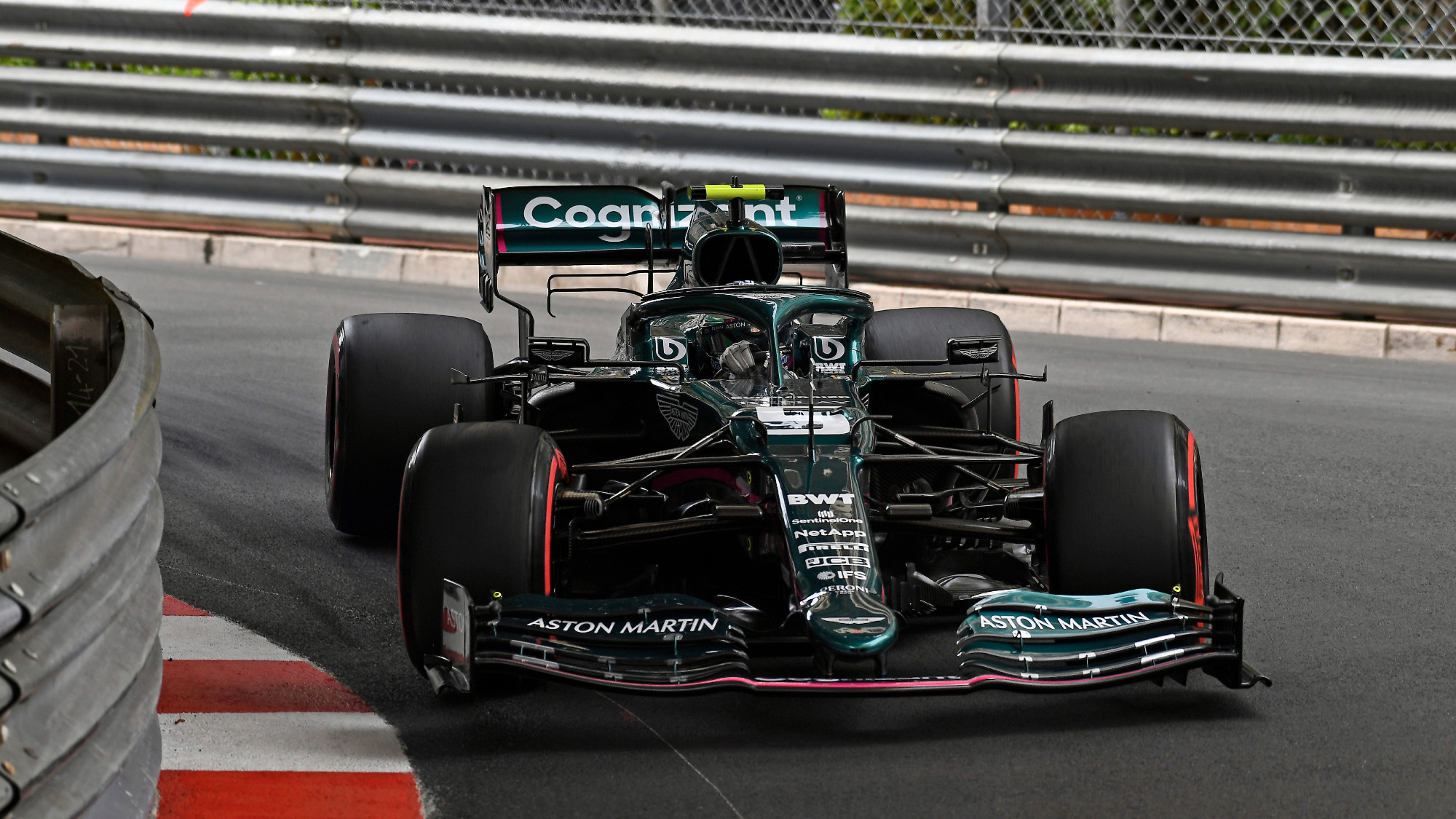 As Lewis Hamilton came into the pits on lap 30 of the Monaco Grand Prix, Sebastian Vettel was four seconds behind Pierre Gasly, having trailed the Mercedes during the first stint of the race.

Two laps later though and the four-time world champion would be clear of both drivers in a strategic masterstroke from Aston Martin.

Crucially for the team, Vettel’s in-lap was still better than Hamilton’s first flying lap on the hard tyres, after Gasly rejoined ahead of him. Bith  caught traffic, giving the AM driver the slightest chance of gaining the places on an overcut.

The pitstop itself wasn’t particularly quick, clocking in at over 2.7sec but his in-lap was half-a-second quicker than Gasly’s meaning that, as he rounded the right-hander of the pit lane exit, he emerged with a nose in front. Side-by-side up the hill and Vettel finished the job off as he was able to squeeze Gasly at the top of Masennet to seal the position.

Had the in-lap matched those of the two he was racing, it was likely Vettel would have rejoined at the tail-end of the trio. 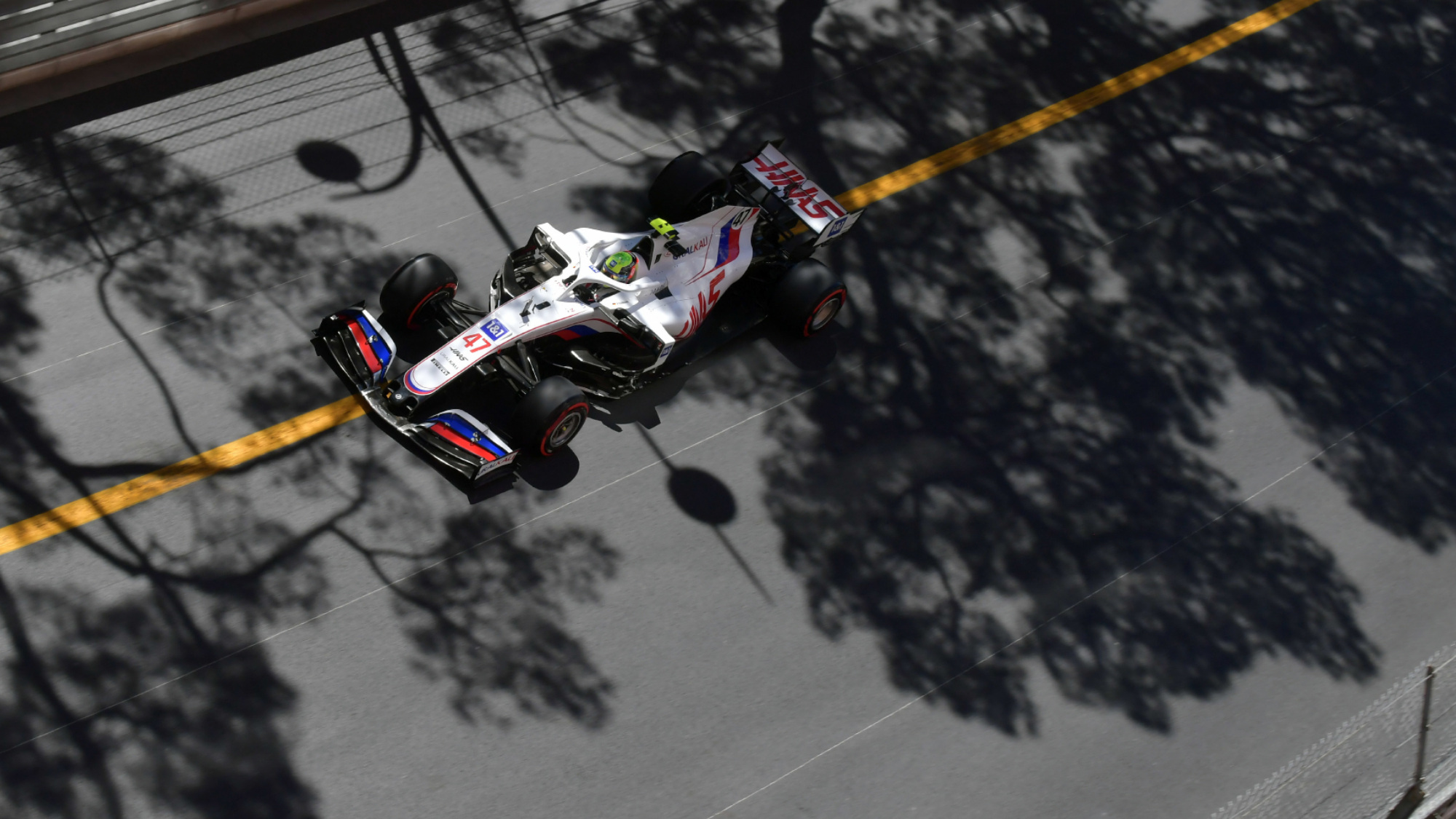 Schumacher bounced back from his practice crash but finished behind Mazepin

Schumacher’s pace in practice was eyecatching, and it looked like the German had the potential to move up the field from the back of the grid — after he was forced to miss qualifying following an FP3 crash.

He overtook his team-mate at the start but a fuel pump issue meant that the F2 champion slipped back behind Nikita Mazepin during the race under instruction from the team.

The problem was eventually rectified but it left Schumacher with a 30sec gap to his team-mate. It didn’t put him off in the slightest.

By lap 64, Schumacher was back in range of Mazepin and asking over team radio if the team would swap the positions back around.

He was told ‘no’ and to follow home in that order but it was still a confidence-boosting performance after his FP3 crash. 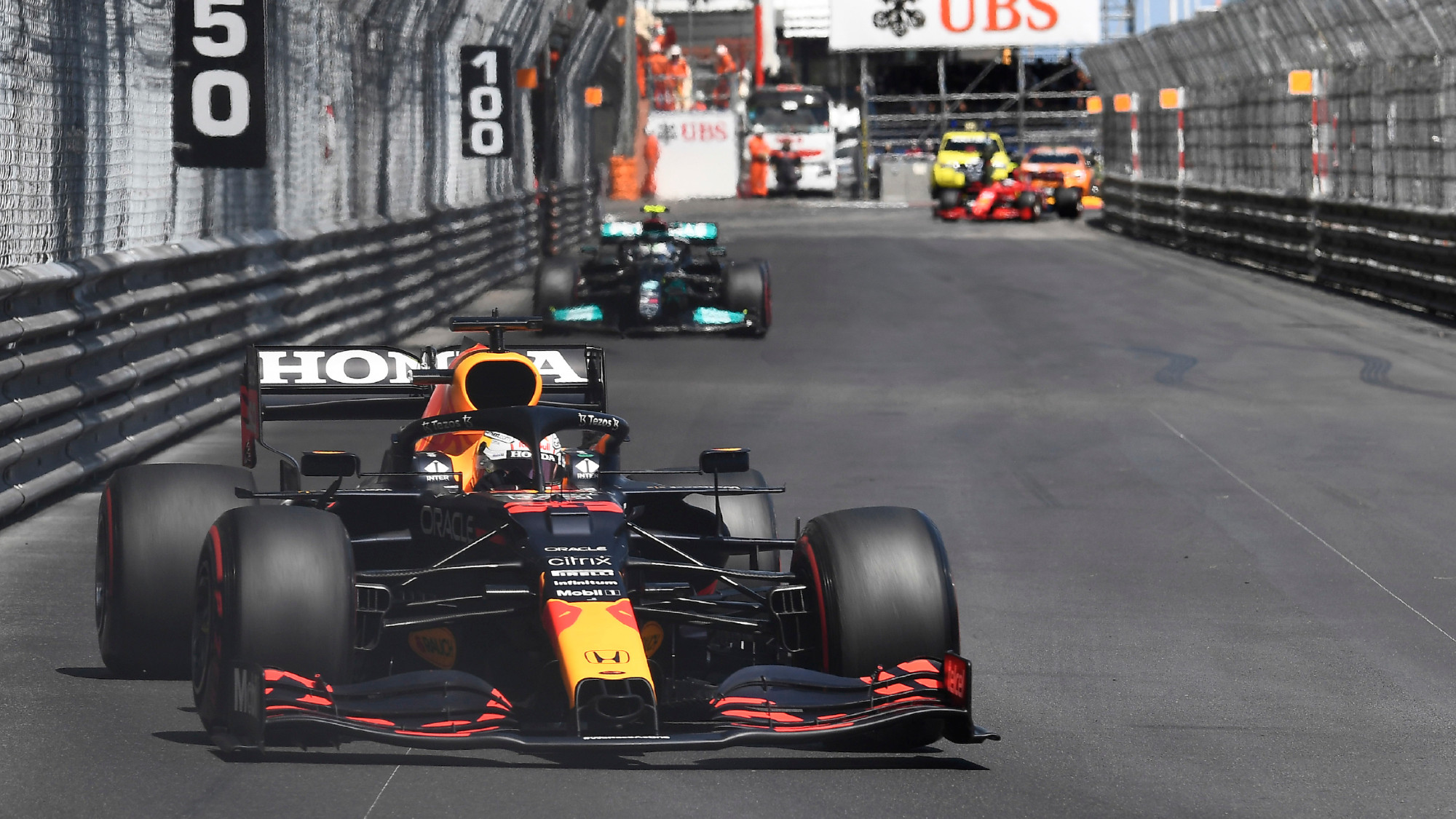 Red Bull leads both championships for the first time since 2013

It was the first Monaco Grand Prix since 2009 not to call upon a safety car, virtual or physical.

There wasn’t so much as a single yellow flag to break up proceedings, making the 2021 Monaco Grand Prix the quickest of all time. It beat the previous best set back in 2007, which was won by Fernando Alonso in 1hr 40min 29.329sec. Verstappen’s win came in at a comparatively rapid 1hr 38min 56.820sec.

Lewis Hamilton’s late bid for fastest lap also resulted in a race lap record, the 1min 12.909sec earning him a potentially crucial championship point as he lost the lead of the drivers’ championship.

It marks the first time since 2013 a Red Bull driver has led the way. It’s the same story in the constructors’ championship too as Mercedes slipped to second place just a single point behind Red Bull’s 149.