Two races in, those experienced drivers new to their teams this year – Sergio Perez, Carlos Sainz, Fernando Alonso, Sebastian Vettel, Daniel Ricciardo – are all struggling relative to their incumbent team-mates.

It underlines just how big a deal familiarisation is, with the car, its operating systems, the power unit the team itself, the people, the way it operates. Especially when everyone has had just one-and-a-half days of pre-season testing.

We talked here last week about how Perez was resolved into following Max Verstappen’s preferences with the car rather than going his own way, because recent history at Red Bull suggests that’s the way to extract the most performance from it. Checo reasons it’s up to him to familiarise himself with how such a car drives rather than make it more comfortable for him.

At Imola, he put himself in the front row, ahead of Verstappen who’d ran a wheel in the dirt on his final lap and lost around 0.25sec. But that promise faded with three crucial and uncharacteristic errors in the tricky conditions of race, two of driving and one of judgement, which left him out of the points. It’s encouraging that he’s closer to Verstappen’s pace than each of his predecessors in that seat, but the gap over a single lap (0.325sec in Bahrain, taken from Q2, and potentially around 0.25sec in Imola without Verstappen’s Q3 error) is still significant.

He’s making good progress and the assumption is that he will steadily shave that gap, but just like Valtteri Bottas, he is being measured against one of the fastest drivers there has ever been. 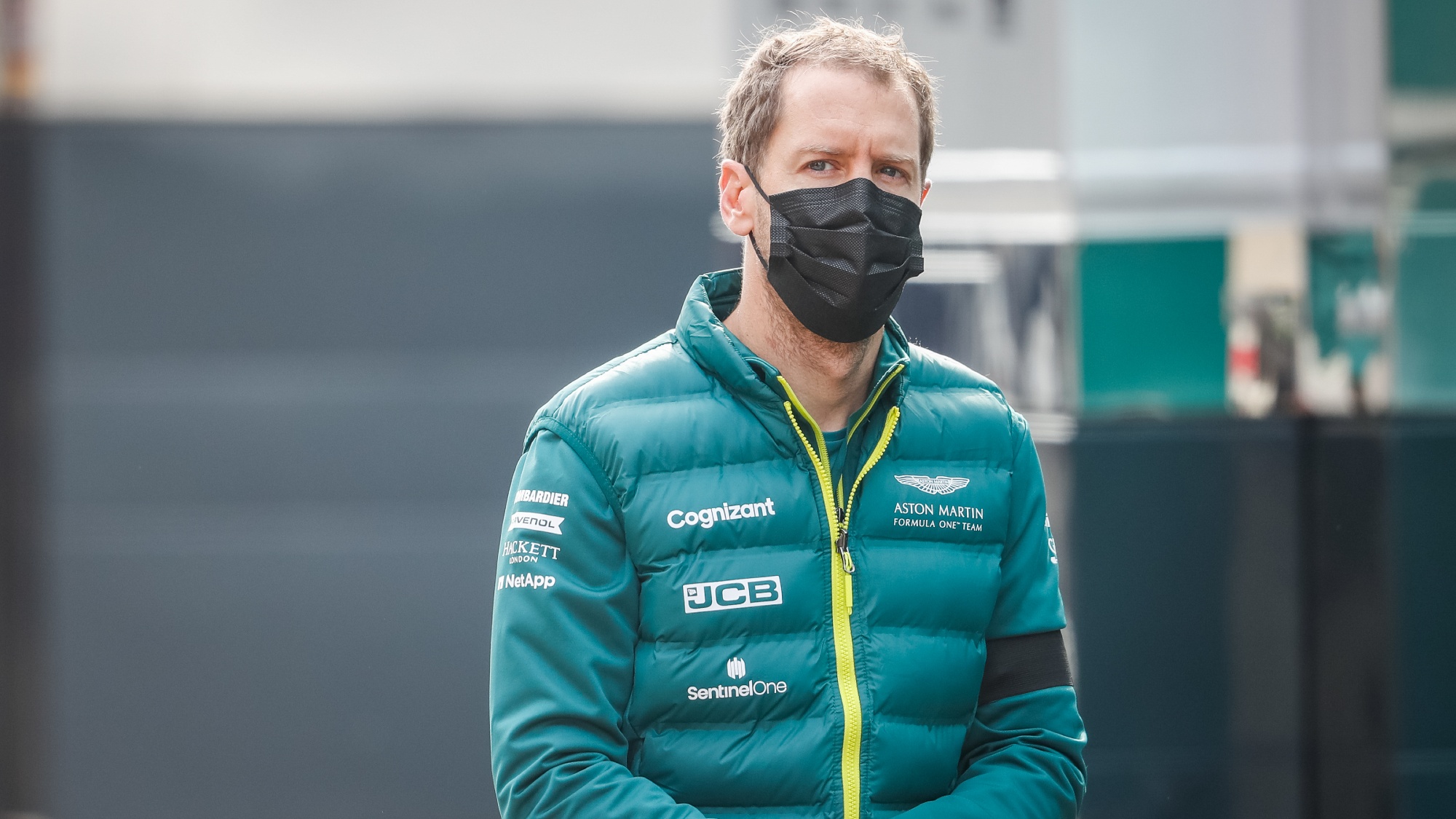 Sainz went into Ferrari under no illusions about how high Charles Leclerc would be setting the bar in qualifying – and hasn’t been surprised. There was 0.391sec between them in Q3 at Imola. He’s still feeling his way and like pretty much all of this group, the biggest difference on track seems to be confidence in getting the initial rotation on the car into the slower corners.

Built into this is how aggressive they can be on the brakes, how early on the power, how consistent from one lap to the next. The rain in the early stages of Imola might have been expected to have given Sainz – usually one of the absolute best in the wet – a chance to shine. He was briefly very quick then, but a catalogue of lock-ups and run-wides negated the effect of that. “I was not used to the feeling of the brakes with this car on inters, as it was the first time I’ve driven it in the wet and it was giving me some problems,” he explained. 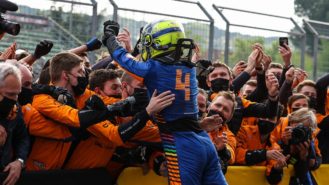 But a look at how quick Sainz was in between the incidents is interesting. Just before taking to the Aqua Minerale run-off for a second time, he’d lapped 0.7sec quicker than Leclerc and after a calm lap to stabilise things he was again quicker than Leclerc for five of the next six laps. He pulled it all together sufficiently well to finish on Leclerc’s tail in fifth, having started seven places behind him. So, as with Perez, progress is being made even if he’s not yet at the level he habitually reached with his previous team.

Daniel Ricciardo, having against the run of play managed to pull out a qualifying lap a few hundredths faster than McLaren team-mate Lando Norris in Bahrain, technically did it again in Imola, where he lined up sixth, one place ahead. But no one was pretending this reflected the reality – which was that Norris was whole chunks faster here. His only Q3 lap on new tyres was 0.35sec faster than Ricciardo’s but was disqualified for being 3cm over track limits on the exit of Piratella. This left him relying on his old-tyre time – and even that was only half-a-tenth slower than Ricciardo’s new tyre time.

In the race Daniel had to swallow his pride and allow Norris past under team instructions, Lando then going on to a starring drive which put him on the podium, almost half-a-minute ahead of Ricciardo in sixth. Daniel’s way better than this, but how long will the acclimatisation take?

Sebastian Vettel, after the nightmare of Bahrain where he’d been trapped in Q1 by yellow flags and then made contact dicing with Esteban Ocon in the race, wasn’t having a great time of it in Imola either. He qualified 0.25sec off Aston Martin team-mate Lance Stroll then had to start from the pitlane after the team ran out of time making repairs to his burnt-out brake cake-tins on the grid. A subsequent time penalty for this just dropped him even further behind. But there was at least some promise. One of the first onto slicks after the wet early phase of the race, he was lapping very quickly between then and when the red flags came out seven laps later. Indeed he was the fastest man on track on laps 29 and 30. There’s something to build on there. 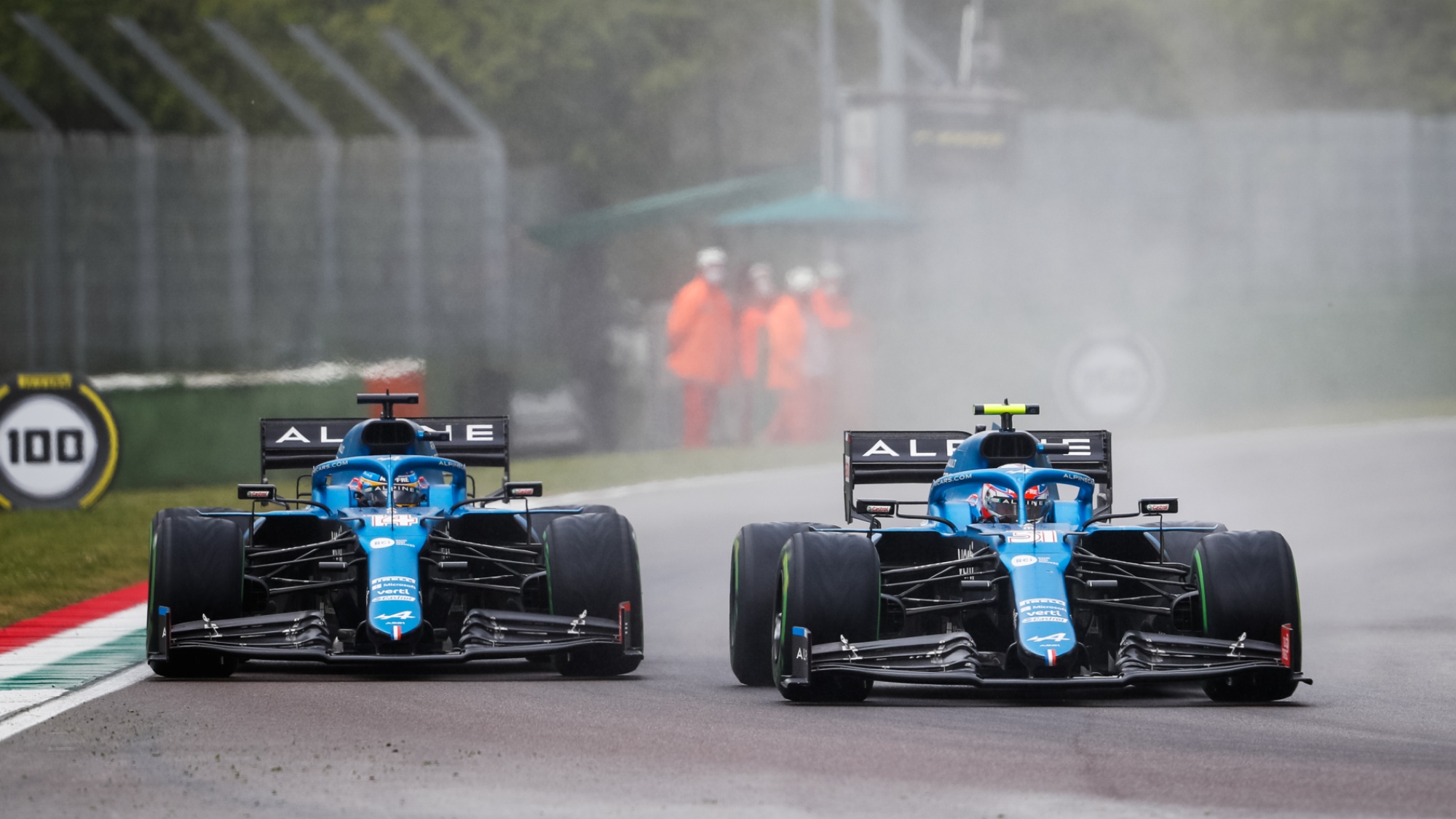 Events in Bahrain probably flattered Alonso (we lost the reference to Ocon in qualifying because of the latter getting trapped in Q1 by the same yellows that befell Vettel). Fernando had qualified the Alpine in Q3 there, helped by the failed medium-tyred bids in Q2 of the faster cars of Perez and Yuki Tsunoda. But in Imola, we had that Ocon comparison throughout – and it revealed Alonso to be trailing Ocon by 0.476sec in Q2.

Like others, he got away with an off on a wet reconnaissance lap (he got back to the garage and had a new wing fitted), but had a couple more in the race. He did run much of the afternoon in very close company with Ocon, though. The red flag fell just as Ocon had pitted, putting Alonso directly ahead on the restart, but he was unable to stay there, Ocon getting ahead after seven laps, Alonso tracking him to the line right on his tail. “I feel 300% better prepared after that race,” related Alonso, “because there were so much different conditions, different tyres, track conditions, restarts etc. I always said it would take three or four races, but I think it’s coming together.”

Watching how the performances of these five, all but Sainz grand prix winners, a couple of them world champions, but all pitched against younger team-mates, is going to be one of the fascinations of this season.