There are many strands to the backstory to Romain Grosjean’s escaping his 56g fireball in Bahrain on Sunday.

The 9kg titanium halo has garnered the bulk of the headlines as the most recent addition to Formula 1’s safety net.

But there’s also his HANS head restraint to consider, plus fire-retardant overalls and a crash helmet that prevented ingress of flame and smoke.

His Haas’ Dallara-built carbon fibre survival cell – reinforced with Kevlar to prevent penetration by foreign bodies – stood up remarkably, too, its crush/crash nose structure absorbing and dissipating much of the impact’s energy. 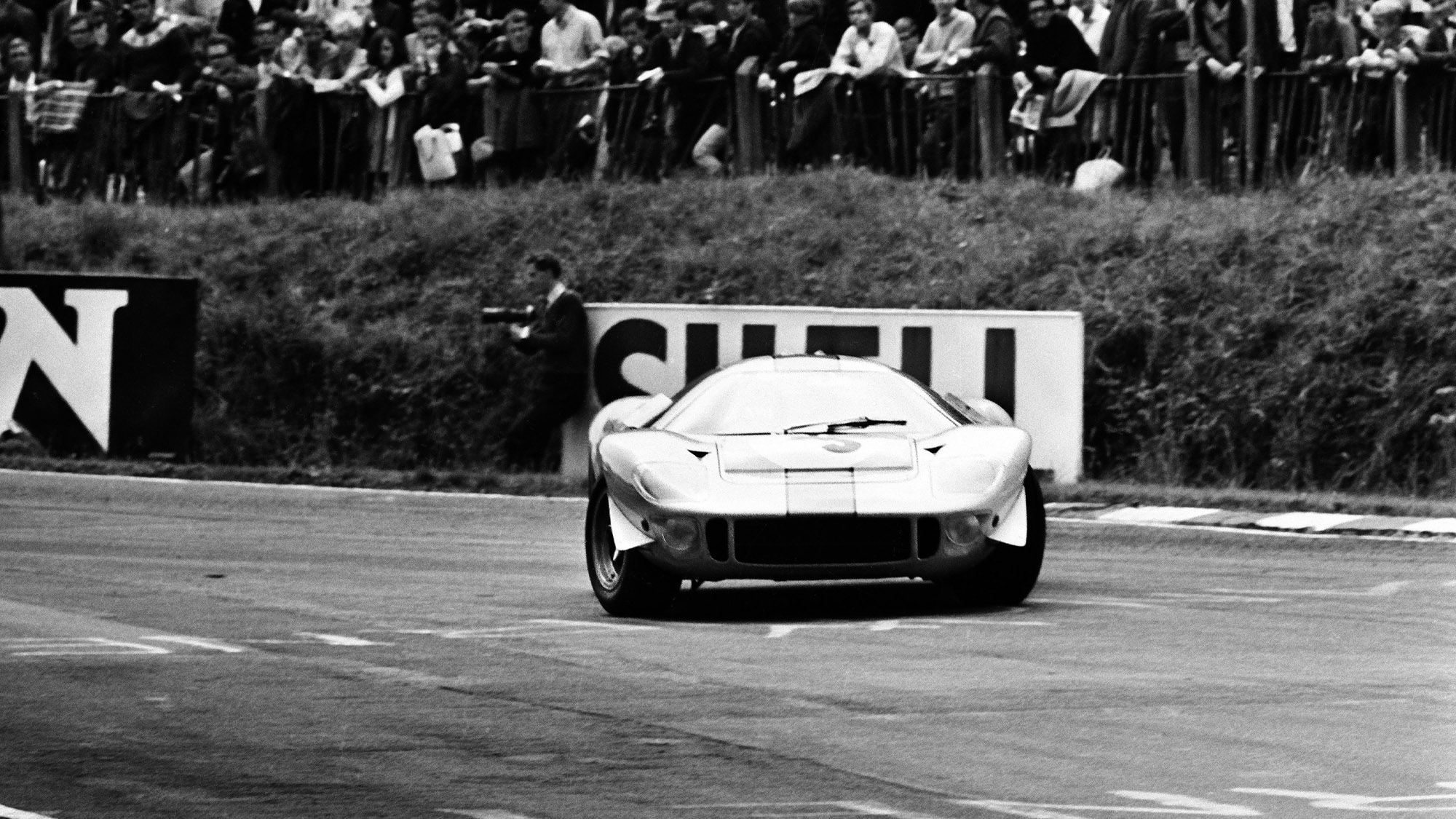 Mirage M1 panels were reinforced with strands of carbon fibre

And McLaren would soon be using it on its Can-Am cars.

Carbon fibre’s story in F1 gathered pace in the early 1970s – designer Derek Gardner used it to strengthen and lighten the nose of his Tyrrell 001 of 1970 – following the publishing of a letter in Motoring News in 1974 from a young, Lancashire-based chemist.

“I’d read an article suggesting that GKN was looking at producing carbon fibre wheels for F1 cars, for £300 each,” says Roger Sloman. (Not the best surname for motor sport, but please read on.) “That’s absolutely the worst thing you could do with it. Fitting tyres by levering against the rim – carbon fibre is not very good at taking those kinds of loads – would initiate potential failures.

“My letter didn’t go into detail. It basically said, ‘For God’s sake, don’t use it for wheels! But you can use it for everything else, including a full chassis.’”

Having graduated from Hatfield Polytechnic with a first-class degree in Polymer Chemistry, Sloman had accepted a position in the R&D of Fothergill & Harvey in Littleborough, circa 1972.

“They were weavers of cotton from way back. During the war they started doing stuff with glass fibre for aircraft radomes; 3D weaves on a machine operated by punch cards. Then it transitioned to carbon fibre in its early days at the end of the 1960s. I was working on new resins for it. That was my expertise.”

He suggested to his new bosses that carbon fibre and motorsport were a good fit, and salesmen were sent out into this new field. They returned with a suggestion of making inlet trumpets for Cosworth DFVs, an idea that was quickly dropped.

“I had received an encouraging response to my letter –Tony Southgate at Shadow, Harvey Postlethwaite at Hesketh, Don Beresford at McLaren, among others – and it was obvious this was going somewhere,” says Sloman. “So I asked if I could pursue it in my spare time. 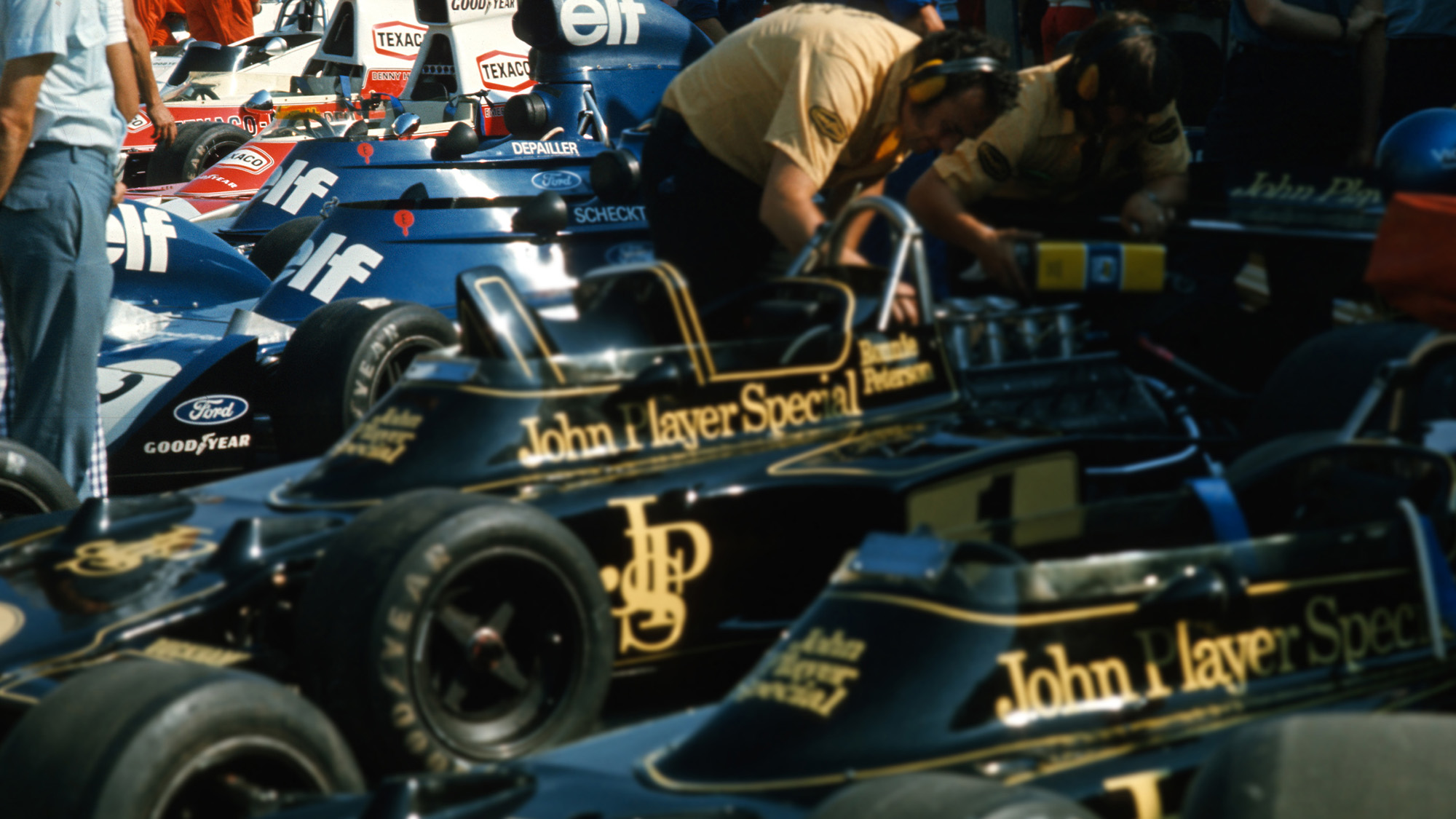 “I used to blag my way into the pits at British F1 races – usually by carrying a part in carbon fibre – and tout my wares. Eventually Bernie Ecclestone began to give me passes.”

He started necessarily small: (non-structural) wing endplates for McLaren, Shadow and Tyrrell, among others: “Endplates then were either aluminium or magnesium (the latter had to be at least 3mm thick after Jo Schlesser’s fatal accident in 1968) and weighed 2-3lb each. We took out 80 per cent of that by using thin carbon fibre skins on a Rohacell foam core with glass fabric inserts at the fixing points.”

But fortunately he had just enough room in his spare bedroom to build the rear wing for JWA’s latest Mirage. 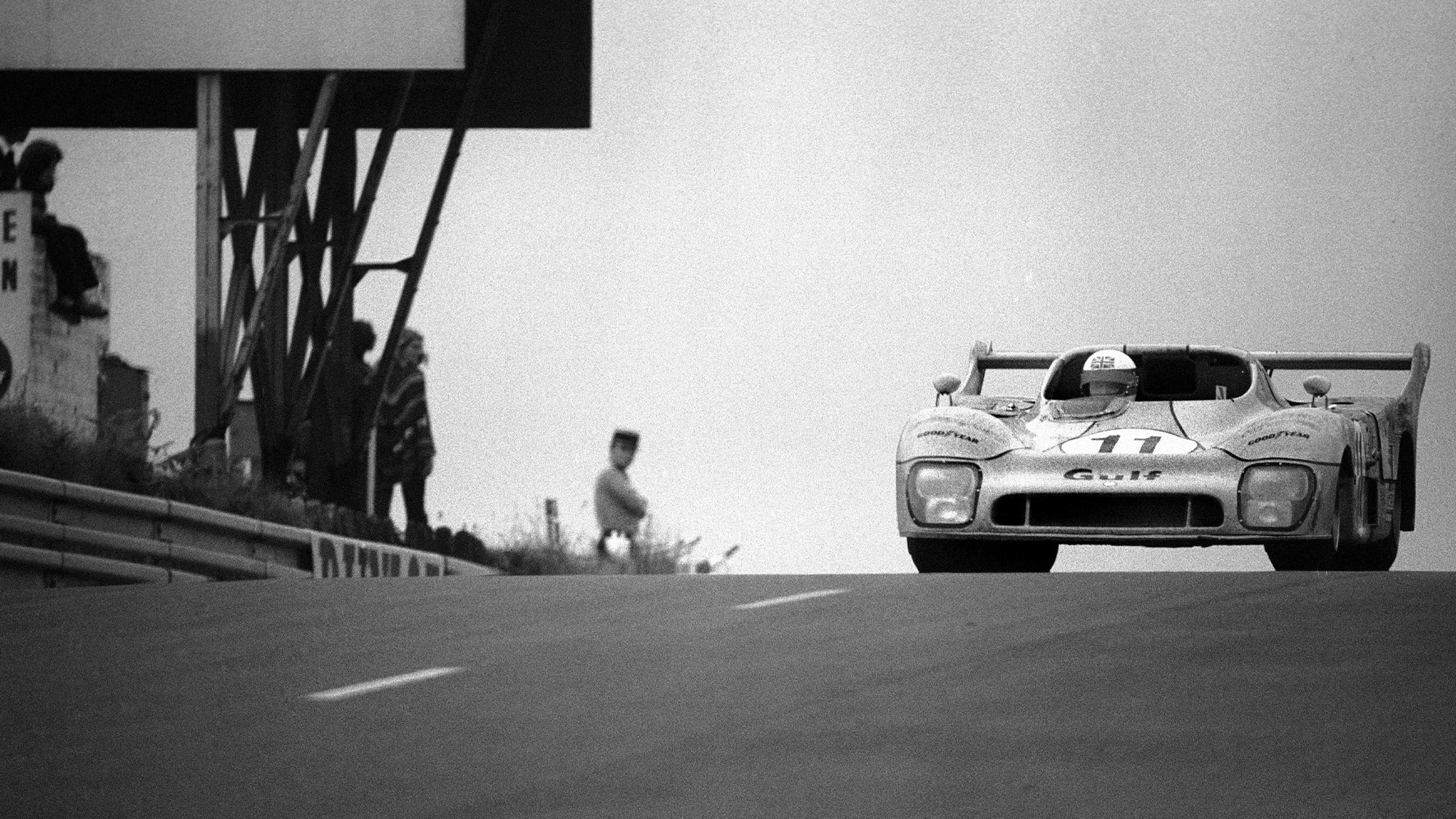 That GR8’s victory at Le Mans in 1975 would be a fillip after what had happened a few weeks before in the Spanish Grand Prix; Rolf Stommelen’s injurious crash at Montjüich Park was caused by the failure of the carbon fibre wing mount on his Hill GH1. Sloman explains this had more to do with the lack of proper bracing between his twinned plates – but that accident did cast doubt about using carbon fibre on the cars and a ban was discussed, but rejected.

And then he was made redundant upon his return from the 1975 British GP: “Fothergill & Harvey were not interested in what I was doing. Perhaps they thought I was going to leave anyway. I got a £2000 severance, which was helpful in starting my business. I was married with a young child, so there was an element of gamble. I was a one-man band.”

That letter to MN would prove profoundly prophetic, however, and carbon fibre’s spread throughout F1 would accelerate during the second half of the 1970s.

“In September 1976 we moved to Derby to 300sq ft in an old two-storey mill, to be closer to the F1 teams – and stayed for a year, until sawdust falling through cracks from the floor above became too much of a problem.

“My first year’s turnover there was £10,000, making non-structural end-plates. Then I suggested to Harvey Postlethwaite that he mount the rear wing on structural endplates, thus getting rid of the central mount and cleaning up the airflow underneath. 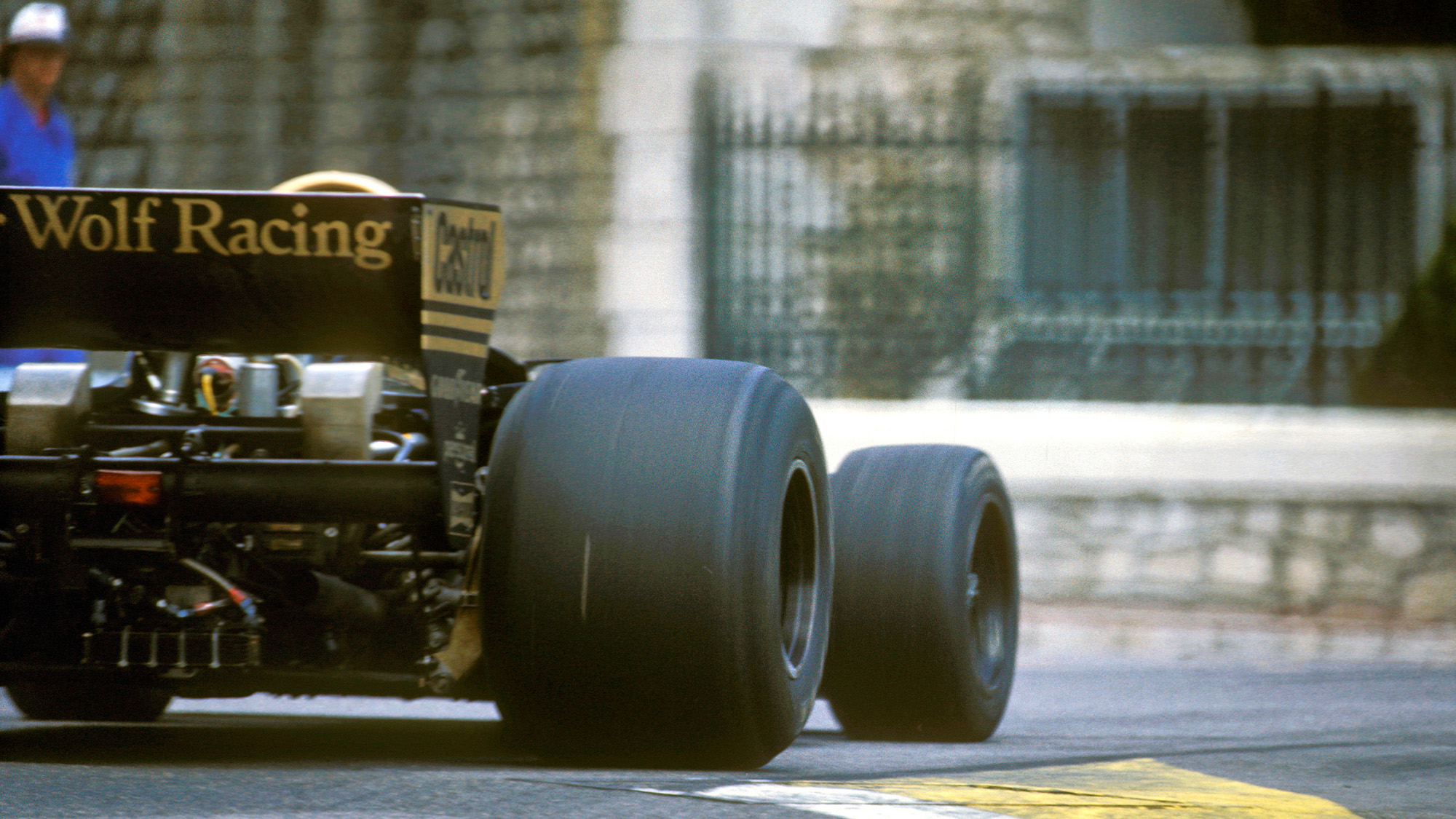 “When Jody Scheckter won the first GP of 1977 in that Wolf, its wing on a cross-tube across the top of the gearbox, everybody followed suit. Things got crazy. The turnover in my second year was £36,000, and it was clear that we would need more space, so we moved to a 2000sq ft unit in Derby. Advanced Composites became an employer in September 1977.

“I was still using the low-temperature-cure pre-preg I had developed,” says Sloman. “The resin cures at 60-80deg C rather than the normal 120 or 180, which means you can make lower-cost tooling. Initially I was using a glass plate in a frame inside a crude oven with an infrared bathroom heater. But it was enough for the end-plates.

“All this time I had been saying, ‘Hey, you can use this for your chassis’, too, guys.’ And Gordon Murray at Brabham began incorporating simple internal panels. We did some top-secret endplates for him, too, that turned out to be for the Fan Car.”

Skirts sealing ground effect’s deal came next: “They had to be kept on the ground by a spring to seal the air gap, and not stay up too long over kerbs and bumps – so their unsprung weight was very important. Teams wanted them as light as possible and we did skirts for everybody bar Ferrari. Moulded, in-place circular ceramic wear strips and stainless steel strips for the slot rollers to run on were my ideas, too.” 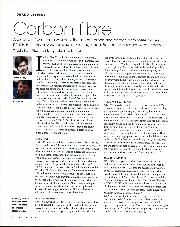 A black art if ever there was one, the use of carbon and carbon composite materials propelled F1 technology ahead in one huge leap. But the early stages weren't easy...…

Annual turnover was now £136,000 and the company relocated to a 4000sq ft unit on the Heanor Gate Industrial Estate, a few miles from Derby

Formula 1 proved a great calling card and Sloman was already diversifying by December 1980 – ejector seat, anyone?

And a good job, too, for F1 can be a fickle friend: its teams then were small and had to be agile, for the rules were capricious during a period of giant leaps of technology, innovation and performance: skirts were banned for 1981.

“That was our business!” he says. “But we survived the dry spell.

“I’d had more than one conversation with John Barnard at McLaren about carbon fibre chassis. But clearly he didn’t trust what we were doing and went to Hercules, a big American aerospace company, instead.

“They used a male mould and that was a bit of an issue. Wrapping carbon fibre around a former causes creases at the corners and leaves a rough outer surface. It looked horrible as a composite structure. 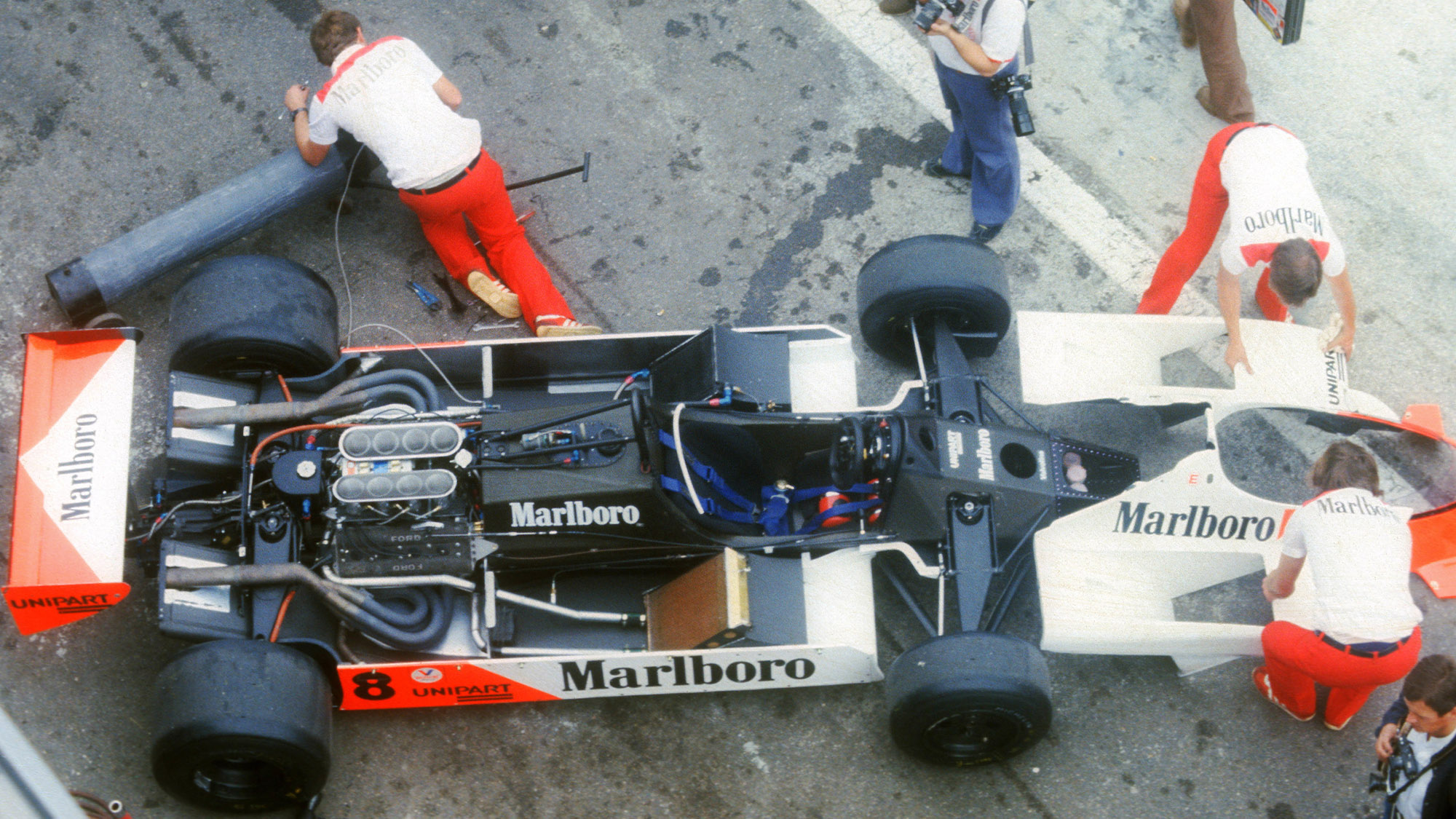 “Lotus did it their own way, too: cutting slots in flat carbon fibre skinned honeycomb so you that could fold it, like origami. That causes weak points. It was okay-ish.

Ensign also joined the scramble triggered by Barnard’s breakthrough MP4/1 of 1981 – though designer Nigel Bennett requested a top half only from Advanced Composites for his N181 of 1982.

But Alfa Romeo’s Carlo Chiti, with input from Gérard Ducarouge, went the whole hog for his 182. 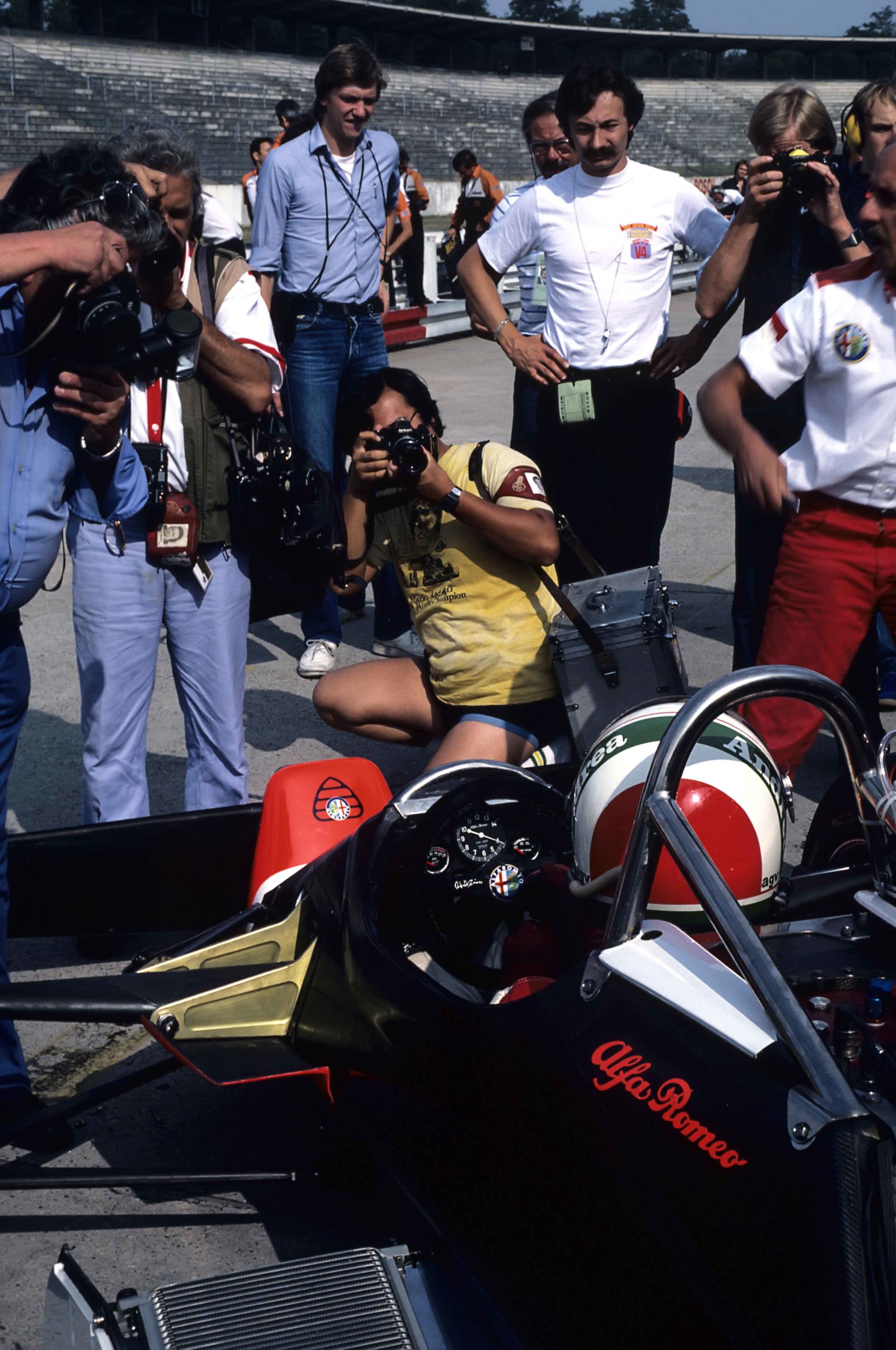 “I went to see Chiti [at Autodelta in Milan] – he was there with his chihuahua – and he ordered a dozen chassis,” says Sloman. “We must have only built five or six. Within given external and some internal dimensions, how it was designed and built was up to us.

“We used two female moulds, a top and a bottom half. I guess it’s how everybody does it now. Because you are forcing the weave into the corners, it can’t crease. It’s better structurally and aesthetically. Our Alfa 182 was beautiful and I was really proud of it – and disappointed when they decided to fit bodywork over the front end.

F1 halo is built to survive crashes bigger than Grosjean's

The halo which saved Romain Grosjean’s life on Sunday is designed to withstand impacts with "even greater" forces than the Bahrain crash, says one of the figures who helped to…

“From the engine mounts to the front suspension, all along the cockpit top, there was a solid strap of unidirectional Kevlar that would basically hold the car together in a big accident; two very strong ‘ropes’ preventing the relatively fragile honeycomb skin from tearing in an accident.

“If you make things stronger and lighter you go quicker. But safety had always been a part of my pitch, too. When they mandated the test for nose cone/crash structures it proved the huge absorption capacity in crushing of carbon fibre honeycomb.”

As did Sunday’s accident.

We watched in disbelief – as did Sloman despite his greater knowledge and understanding of the chemistry and physics involved – as Grosjean clambered over the barrier, out of the inferno.

Romain Grosjean emerges from the fireball of his wrecked Haas

The sport plays no part in Sloman’s endeavours of today; he left Advanced Composites Group in 2000, having left its motorsport activities mainly in the hands of lieutenants from the early 1980s: all those March Indycar monocoque tops and underbody wings, those TWR Jags and that Le Mans-winning Mazda.

“It was a huge part of our business for 10 years, and then we moved on,” he says. “We had a virtual monopoly for six or seven years until everybody in F1 felt they had to do carbon fibre themselves: Tom Walkinshaw set up about 10 miles away from us and took about 40 of our staff.”

A backhanded compliment is often about as good as it gets in motorsport – but on this occasion it would be remiss of it not to proffer a sincere thank you to Roger and all the other backroom boys of this backstory.