If you’re anything like me, when you get a proper bit of time off from work you find yourself making a bit of a list of the odd jobs that need doing. The things that have cropped up and you just haven’t had time to address, but know you should at some point.

You can probably tell from the fact that I’m writing this column that I haven’t got round to that list over Christmas and New Year yet (with apologies to my better half), but my mind did start wandering towards what the list would look like from Formula 1’s point of view after the year that we just had.

I say Formula 1’s point of view, but some of it is the FIA’s jurisdiction rather than the commercial rights holder. Either way, even just the last few weeks have really provided some topics that need to be marked as urgent.

The most recent alert actually came from one of the less recent events. Spa-Francorchamps.

Now, I’m addressing this first because it’s an easy one, and that’s how I tend to approach my lists too. Tick off the quick wins so you feel like you’re making progress, before you get bogged down in the trickier stuff. 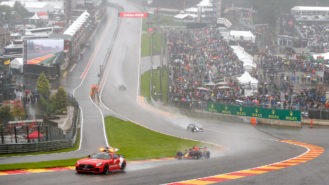 The Belgian GP promoter has said fans will not be refunded for this year's washout race, which was called off after three laps

The Spa issue is two-fold, and the first part isn’t that controversial: The rules need changing so a few laps behind a Safety Car without a racing lap being turned can’t count as a race, even if it’s only being awarded half points. No racing happened, so a race can’t be called.

The second part shouldn’t be controversial either, but the race organisers and F1 appear to be making it so: Refund all of those with Sunday tickets, either the full value if it was day-only or a percentage if they had the full weekend.

As you’ll have seen, the offer has been an F1 TV subscription (that will only work in certain countries – UK fans will know that’s officially useless to them) and entry into a raffle to win tickets to a future race instead. That is one damn expensive lottery ticket some people appear to have bought…

I understand the reluctance from F1 to intervene when the circuit and race promoter Spa Grand Prix have made the money from the ticket sales, but this is a damaging situation for the sport. Fans are already angry about a lot of things, but to sit through Sunday at Spa, see what was described as a race, and not be compensated will drive some of those involved away.

It’s short-term pain to take the financial hit, but Liberty Media can very much afford it, and it would be investing in protecting its brand. Otherwise, it is going to really look like it couldn’t care less about what happens to its fans as long as everyone in F1 gets paid, and that will hurt it long-term in different ways that could be avoided. 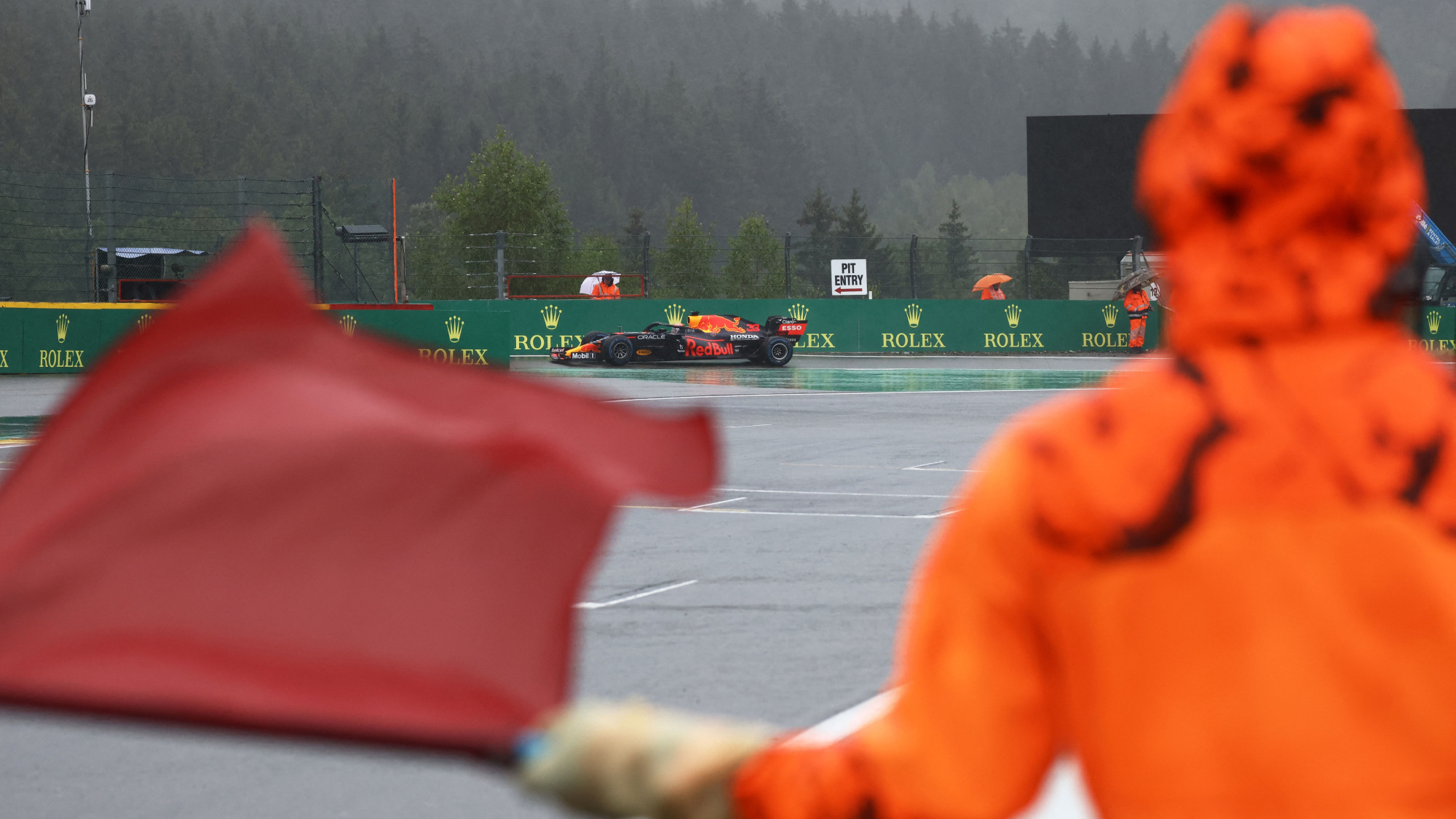 No racing at Spa, no refunds for fans either

Then there’s the rules around racing. It wasn’t clear to anyone what was and wasn’t allowed by the time the season ended, and that’s a major issue that can be rectified relatively simply. Especially when it comes to overtaking and track limits.

In Brazil, Max Verstappen was given the message that failing to stay on track while defending a position – and forcing Lewis Hamilton off with him – was acceptable. Two races later in Jeddah, he was penalised for the exact same thing. It’s one or the other.

Similarly, when Verstappen is then attacking and keeps it on the track – as he did in Abu Dhabi on the opening lap – why the defending driver (Hamilton in that case) is allowed to cut the track and remain ahead makes absolutely no sense. It was robust, but the door was left open for him and he walked through it, closing it behind him on the exit.

It just doesn’t tally with the ‘Let them race’ excuse that is used when it’s convenient. A catchphrase doesn’t define what is and isn’t allowed, the regulations do. So they need making crystal clear and then have to be applied consistently all season.

Speaking of regulations defining what’s allowed, there is still no escaping the Abu Dhabi finale. That sort of scenario can’t happen again. To my mind, there were no grey areas in the rules, just a complete fabrication of what could be an article in the regulations if the teams agreed to it. But for now, that article doesn’t exist.

It would need to exist, because there’s no real ambiguity there. Red Bull (understandably trying to defend Verstappen’s championship having done nothing wrong itself) argued that “any does not mean all” when it comes to cars un-lapping under Article 48.12, but the same article ends with the sentence: “…once the last lapped car has passed the leader the safety car will return to the pits at the end of the following lap”. Ignoring the following lap part, it says “the last lapped car” – not “any lapped car” – and that equates with all lapped cars needing to pass the Safety Car. 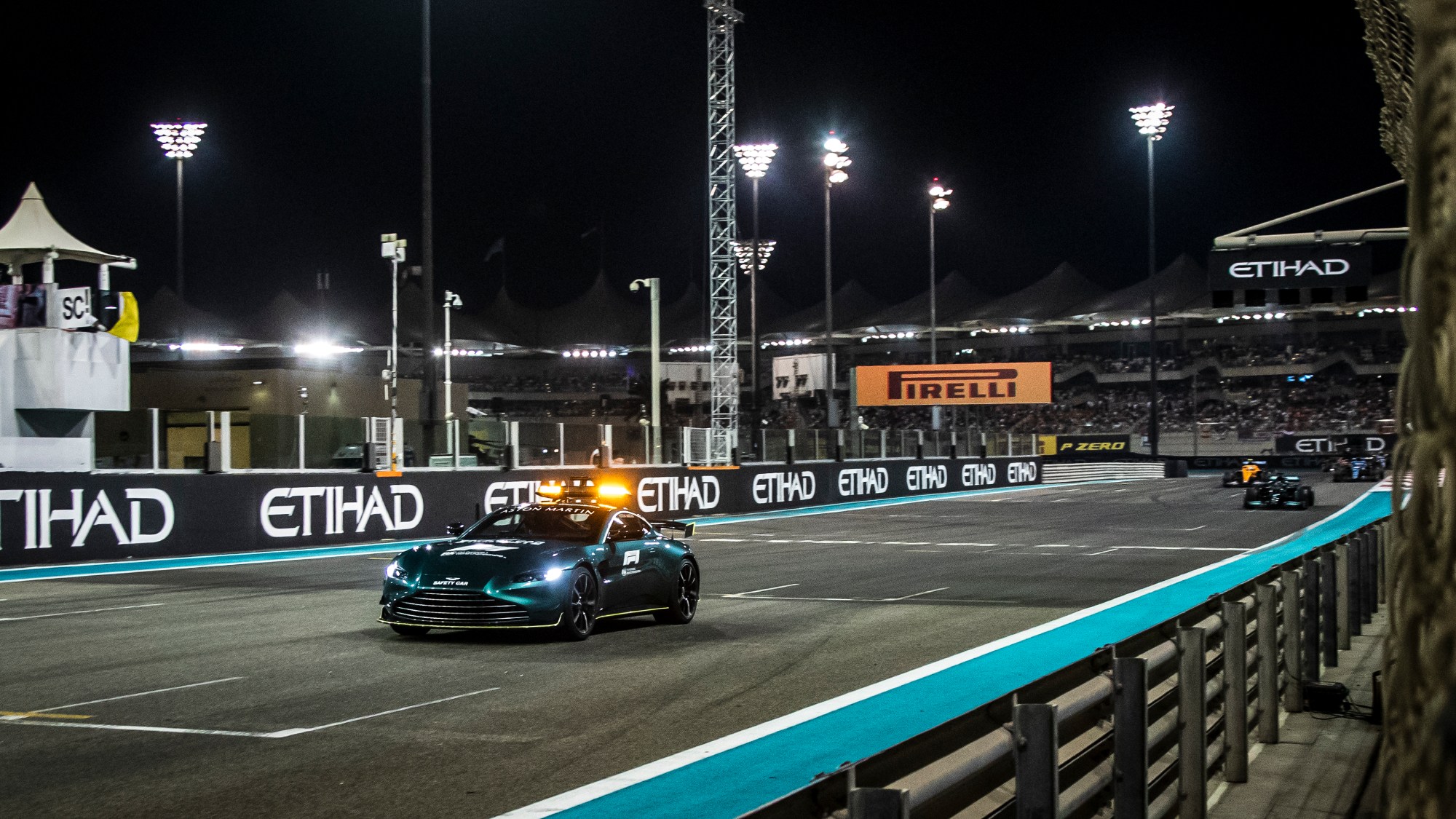 Amend the articles if you want, even if it’s to open up future cans of worms by simply adding the ability for how many lapped cars to be made at the race director’s discretion. But that won’t actually solve the core problem. The problem is that the FIA allowed rules to be questionably (at best) applied in a manner that then influenced the outcome and left many fans disillusioned with the sport. And fixing the disillusionment might even prove to be an impossible task.

You can’t strip Verstappen of the title without disillusioning another set of fans, and I can’t think what you can offer Hamilton that will placate him for rightly feeling the race was manipulated. It doesn’t mean the intention was to rob the race leader of the title, but that proved to be the outcome from the scenario that was created.

New FIA president Mohammed Ben Sulayem believes the Christmas break will “cool” the situation and provide a fresh start in the New Year, but that is grossly underestimating the passion of fans, the anger many felt towards the way the FIA handled aspects of this season, and the fact that 2021 is a classic season that will be talked about for decades to come. Forever in those discussions will it have the same ending.

You don’t get to tick that off the list in the next couple of weeks. It’s going to take a long, long time to fix that one.