This was not how it was supposed to end. Gabriele Tarquini’s final weekend as a professional racing driver in the World Touring Car Cup began with an emotional guard of honour down the Sochi pitlane, his rivals and friends clapping him warmly as he drove his Hyunda Elantra N TCR out for practice one last time. But it ended the following afternoon with his Elantra sporting a crumpled nose after Gabriele biffed hard into the back of Jordi Gene’s Cupra Leon, on a sopping wet Sunday afternoon in Russia.

What a shame. At 59 years old, this highly decorated touring car hero – who long before was a talented but frustrated Formula 1 backmarker – had announced it was finally time to hang up his racing boots.

In a tin-top season that has been something of a slog, despite a reverse-grid race win in Aragon back in July, the Italian so wanted to leave the cut and thrust of the hurly-burly WTCR on a high note. But on a weekend when only one of his three team-mates, WTCR title contender Jean-Karl Vernay, found any pace to be competitive, Tarquini failed to progress beyond Q1 in qualifying. He trailed home 14th in race one, then rear-ended fellow veteran Gene in the second encounter.

“It was a tough race,” he sighed. “There was no visibility, it was zero after the safety car. You don’t know where you are. I tried to stay away from the trouble, but instead I found it by my own mistake. I locked the front tyres and stopped into Gene’s car. I’m sorry for him. My career finished like it started, with a big crash.” 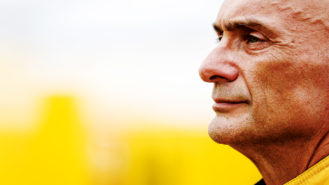 For an added kick in the teeth, his error led to a novel FIA penalty: a spot of social work! Tarquini has been ordered to attend a national racing event next year in Italy where he must conduct a briefing to the marshals “to explain to them the driver’s perspective on racing”.

Poor old Gabriele – although he was in good company in Sochi. His friend and long-time rival Yvan Muller was also in the wars and rear-ended leader Mikel Azcona, punting the Spaniard out and ruining both their races. To make it worse, Muller dropped his clanger at the end of a safety car period, at the penultimate corner and before the race had properly restarted… Yvan only picked up four penalty points for that effort, which to be fair would have been a meaningless punishment to Tarquini in his new state of retirement…

But will Gabriele really stop racing completely? It seems almost inconceivable that, following his 60th birthday next March, he won’t find something to keep him out of (or perhaps into) trouble. Racing is everything to this charismatic guy. 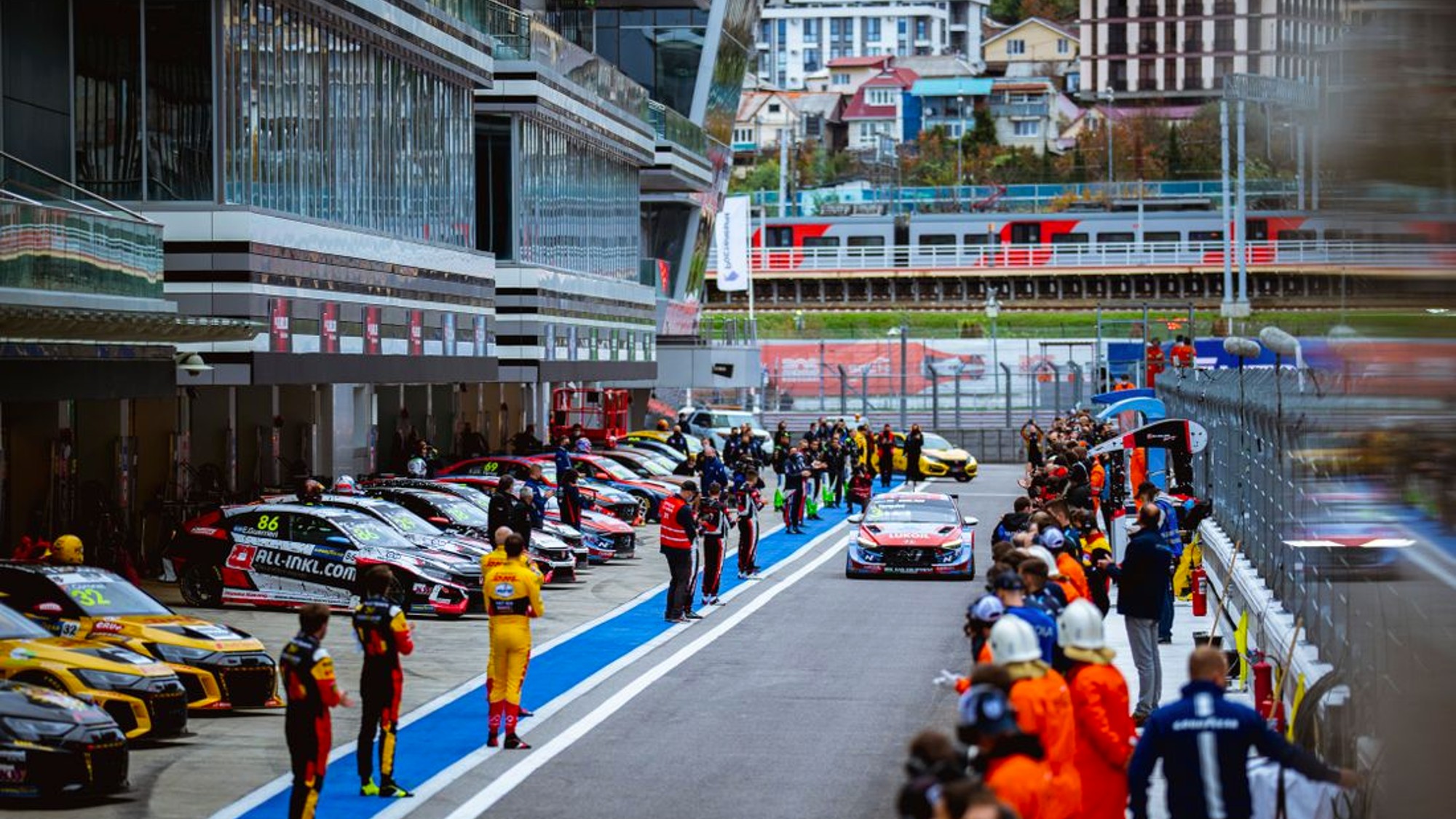 Tarquini is given a guard of honour in Sochi

As he told us in a long interview back in the summer, conducted before he’d decided to stop but published in our January 2021 issue (on sale now), Tarquini doesn’t have anything to do beyond driving racing cars. Racing is all he’s known since he started karting as a kid in the 1970s and when we caught up with him at the Hungaroring at the end of August he genuinely appeared set to push on and race into pension territory.

“The secret of my long career is that I don’t have any interests outside of motor sport,” he said. “I don’t have any other business at all. Nothing even part-time. I concentrate on motor sport 100%. It is the only activity I know and for this reason it would be hard to survive without motor sport. So if I stop you’ll probably still see me around.”

So instead of cold turkey, how about the Goodwood Members’ Meeting on April 9/10 next year, Gabriele? You’d have a blast in a Capri, Camaro or Mini, and we’d all love to see you racing back in the UK. Memories of your British Touring Car Championship days, especially that 1994 season when you arrived and conquered with Alfa Corse and that amazing homologation-stretching 155, remain vivid nearly 30 years later. It’s a title you cherish too, as you told us in our interview. Come on over, Gabriele. You know Goodwood, you’ve done the Revival before. Time for a return, now, surely.

It’ll likely twinge a bit for Muller next year when he lines up for the first WTCR race of the 2022 season without his old compadre somewhere on the grid near him. At 52, the Frenchman is no spring chicken himself, but Muller has already tried retirement, didn’t like it and promptly came back. As Mark Hughes wrote recently regarding Fernando Alonso in F1, age is increasingly less of a confining issue for racing drivers, and that’s true at all levels.

What’s fascinating is that in sports car racing, which is about to explode once the LMH/LMDh era properly kicks in a year from now, there’s a whole bunch of top professionals knocking 40, and a few just passed that dreaded landmark, who are eager to land one of those coveted works drives with a returning manufacturer. Meanwhile, a generation in their 20s who have turned to endurance racing at a much younger age than they might have done even 10 years ago, offer teams a tempting option of fresh, burning talent still to be moulded into full maturity. 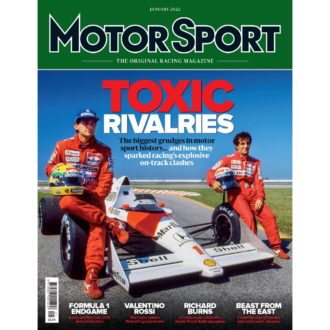 It will be fascinating to see the line-ups at Ferrari, Porsche, Audi and so on – because they will likely combine the two extremes.

As for Muller in the WTCR, he’s still got plenty of speed – he plonked his Cyan Racing Lynk & Co on pole position at Sochi – but for the first time in forever failed to win a race this season. Yvan still finished fourth in the points, so 2021 was far from a disaster. But for how long will he be content to play a supporting ‘wingman’ role to his amazing nephew Yann Ehrlacher, son of Yvan’s racing driver sister Cathy Muller, who at just 25 has just notched up his second consecutive WTCR title?

Muller is a four-time World Touring Car Champion, conquered the BTCC with Vauxhall back in 2003, remains an ice-racing master and clearly has nothing to prove. He is also devoted to Ehrlacher, like a father to a son more than an uncle to a nephew. But the Sochi clanger was uncharacteristic and it will bother him as he heads into the winter.

Tarquini won the WTCR at the age of 56 in 2018, so Muller will still fancy his chances that he has another title left in him. But as much as age is no barrier, the likes of Ehrlacher, Azcona, junior champion Luca Engstler and drivers in the prime such as Vernay and Frédéric Vervisch will take some beating. Muller is well-known for gnarly warrior spirit, a hardened racer in the same mould as Alonso. But has he really still got it in him?

Hell, if you don’t, Yvan, there is much more to this racing life, as we hope your old mate Tarquini will discover sometime soon. Come to think of it, you’d love Goodwood too and in fact, it’s the perfect place for an old boys’ reunion. The MM clashes with the first WTCR round at Most this coming April – but the series doesn’t race anywhere in September. So the Revival, then, Yvan? Come on over. Jason Plato would love to catch up… See you there.