Jenson Button (1st)
Gifted first place on the opening lap after Vettel ran wide, but as the German pointed out after the race, “I wouldn’t have been able to hold him anyway”. Described as “on another planet” by Webber, “absolutely perfect” by Ross Brawn, “superhuman” by Eddie Jordan and “a little bit too quick” by Christian Horner. An absolutely superb drive, and he even parked in the right place this time. 10/10 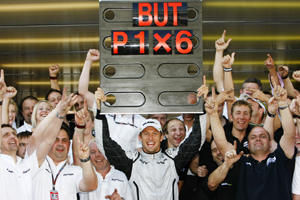 Mark Webber (2nd)
Stayed in touch with his team-mate at the start and made the most of a two-stop strategy to take second from Vettel. Although the two drivers were told to back off in the final laps as Webber was being hunted down by Vettel, I doubt the Chinese Grand Prix winner would have got past. This was exactly what the Australian needed, as it looked like Vettel was going to be too quick for him. Apparently not. 9/10 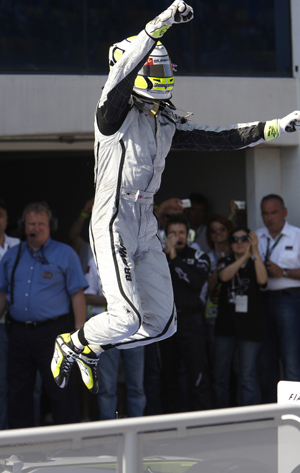 Sebastian Vettel (3rd)
Crucial mistake on the opening lap, but didn’t have the pace to hold Button anyway. If that cost him first though, his three-stop strategy lost him second. I have a suspicion the team overestimated his speed and the possibility of overtaking. The Red Bulls seem to suffer more than other cars when they are following a competitor closely. Amazingly cross after the race, which I suppose is a good sign… 7/10

Jarno Trulli (4th)
Apart from overshooting his pitbox at his first stop the Italian drove a good race, especially after the weekend he had at Monaco. Managed to jump Rosberg in the final stops and made the most of a Toyota that is reasonably quick. I really hope he’ll give the team a win this year as it deserves it. 8/10

Nico Rosberg (5th)
Worst qualifying of the year, yet his best result in the race. Rosberg was quick at the start, got past the Ferraris and was running fourth for most of the afternoon until his last stop. A much better performance by Williams. Where do we think Rosberg will be next season? I suggest that unless he can finish on the podium a few times this year, he’ll be looking elsewhere… 8/10

Felipe Massa (6th)
Not quite where he’s used to finishing after winning here for the last three years in a row, but a good race after qualifying behind his team-mate. I’m not sure what happened to the Ferraris after they were tipped to be challenging for the win here. They have obviously closed the gap to the front-runners, but I doubt they’ll catch them this season thanks to the testing ban. 8/10

Robert Kubica (7th)
What a relief for Kubica to be back in the top 10 after a race like Monaco. A solid drive from the Pole, which earned him two desperately needed points. Crucially, he outperformed his team-mate all weekend. 8.5/10

Timo Glock (8th)
A strong race after qualifying down in 13th, helped partly by his one-stop strategy. Coped well with a lot of fuel at the beginning, but will ultimately be rueing the fact that his team-mate finished in fourth. 7/10 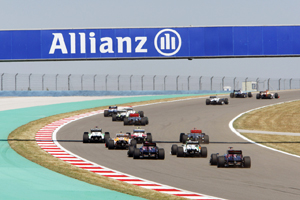 Kimi Räikkönen (9th)
Had problems with his car after clipping Alonso in the opening stages and dropping back through the field, although this did tempt him into sounding the most animated I have ever heard him while explaining the problems over the radio. Then proceeded to post his fastest lap on the final lap of the race. 6/10

Fernando Alonso (10th)
When Alonso was asked over the radio whether he could stay out of Kubica’s slipstream to keep the engine from overheating he simply replied, “I cannot do that”. He knew he had to keep up with him for the chance of a points finish. Although it didn’t work out in the end he certainly knows what he needs to do during a race. 7/10

Nick Heidfeld (11th)
Qualified 11th, finished 11th – not a particularly exciting race for the German, who would have been hoping he’d be further up the gird by this stage of the season. 6/10 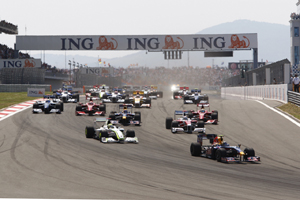 Kazuki Nakajima (12th)
He didn’t crash, but actually drove his best race of the season so far. However, a stubborn tyre spinner meant that his second pitstop lasted for what seemed like an age and robbed him of a points-scoring finish. Wicked, wicked luck when he desperately needed a good result. 8.5/10

Lewis Hamilton (13th)
If you managed to catch the onboard footage of Hamilton’s first lap you’ll understand what a completely ‘undriveable’ car looks like. As Eddie Jordan pointed out after the race, Hamilton has no idea where the limit is on this car and has lost all trust in it, along with his confidence. 7/10

Heikki Kovalainen (14th)
Actually qualified ahead of Hamilton, but struggled with the car. McLaren – you have a new car waiting in the wings apparently, so get it to the track! It really doesn’t look like its 2009 challenger is ever going to be on the pace, so I say ‘bin it’. If only I got a tenner for every time that McLaren produced a dog after winning the championship the previous year… 6.5/10

Sebastien Buemi (15th)
After a stellar start to the year the only rookie on the grid is starting to find out just how tough this sport is. A real shame, as he is a good racer. He is beating team-mate Bourdais, though, which can’t be sitting too comfortably on the Frenchman’s shoulders. 6/10 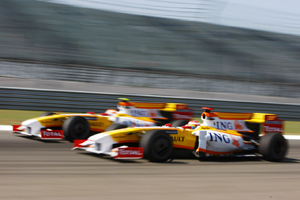 Nelson Piquet (16th)
“It’s not often you see two Renaults in the same frame, is it?” How very kind the BBC crew were in its post-race chat! But let us not forget that Piquet was a stop behind Alonso. He did stay on the track in the race – just – but is still lacking pace. 4/10

Adrian Sutil (17th)
Another quiet race for Sutil at the back of the grid. He had a good first stint though and was running as high as 14th at one point. 5.5/10

Sébastien Bourdais (18th)
Qualified last, finished last (apart from the retirements)… not a great weekend for Bourdais. The car doesn’t seem to be very quick at the moment, but he’s going to have to pull something out of the bag to stay at Toro Rosso next year. I wonder how Taku would be doing if he had made the grid? 3/10

Rubens Barrichello (19th – RET)
Barrichello provided more action in one race than his team-mate has all season. Burnt the clutch at the start, the anti-stall kicked in and he dropped to the back of the grid. He proceeded to go on a charge to make up places, but kept hitting people and lost seventh gear. “It’s been happening too much on my side,” he said after the race, but I am positive there’s no favouritism at Brawn. 2/10

Giancarlo Fisichella (20th – RET)
After a hydraulics and brake problem on the grid Fisichella pitted early and then retired. Turkey just doesn’t seem to be his place at all. 2/10