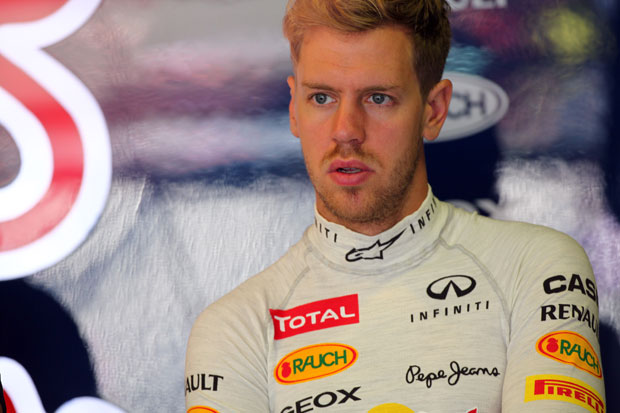 At 9am on Friday morning Kimi Räikkönen headed out of the pit lane to become the first driver to tackle the Circuit of the Americas in anger. It was a significant moment for the sport as it signalled the return of F1 to the USA a little over five years after the last race in Indianapolis.

In the eyes of most observers the event can already be judged as a huge success. The drivers love the circuit, the facility itself is superb, and visitors are enjoying the laid back city of Austin, a place that has little in coming with the rest of Texas. The slogan ‘Keep Austin Weird’ says a lot about this slightly alternative place.

We’re told that a capacity crowd of 120,000 will be here on Sunday, and remarkably, 40% of them are Mexicans. The timing of the ascendency of Sergio Perez has been fortunate indeed for Austin.

There’s been a lot of controversy and scepticism along the way, and there were times when it looked like the project might go off the rails. But everything has come together in spectacular style.

COTA is a venue that the USA can genuinely be proud of. It is of course the latest in a long line of modern circuits created by Hermann Tilke, following on from the likes of Malaysia, China, Bahrain, Turkey, Abu Dhabi, Korea and India.

As such it has many elements in common with all of those, with one big difference. Apart from India, all were built with varying degrees of government money and, crucially, most were built in places with a plentiful supply of cheap labour.

In contrast COTA was built by a private enterprise and in a country where there’s no shortage of rules and regulations and opportunities for opponents of any new project to put their case forward. I’d go as far to say that it’s the most impressive motor racing facility ever built – from scratch – in a western country.

The German downplays suggestions that corner designs were inspired by other venues: “It’s dangerous to compare it with other tracks. A classic corner is not only the corner, it’s before and after. For an Eau Rouge you need a minimum of 2kms track length, otherwise it will not work! Of course, we try to learn from every track.”

Over the years Tilke has built tracks on swamps, in deserts, and on rocky terrain. He says that COTA was a relatively trouble free experience.

“It was a really super site, really good. It was slightly hilly, so we used every elevation. The ground is a kind of clay, and it was not so easy. But construction went really well, it was a very good company, they did a fantastic job.”

Meanwhile a perfect storm of circumstances has conspired to create a very unusual situation as the drivers have been left scrabbling for grip all weekend. The key issue is that, this being a new track and Texas likely to be hot, Pirelli took the conservative route and brought its hard and medium compounds.

Those work well on certain high speed, abrasive tracks. But the new surface here has proved to be smoother than expected, and inevitably it was also very dusty at the start of the weekend. And then on top of that it has been much colder than anyone had anticipated.

When Räikkönen drove out at the start of FP1 the air temperature was around 12C and the track was only 15C, and it was like being at a winter test. In such circumstances switching on the tyres, or getting them into their working window, has proved extremely hard.

It made practice more interesting than expected as every driver explored the limits, and Turn 19 – which looked innocuous enough on the map – might as well have been covered with sheet ice, given the trouble even the best drivers had in getting round it. Teams and drivers might have been unhappy, but for the rest of us this was intriguing stuff.

In qualifying we had the unusual sight of drivers pounding round and round trying to get the tyres to work, rather than doing the usual one-lap runs. However, we didn’t get a topsy-turvy grid – inevitably the cars with the highest downforce levels, and which could work their tyres harder, ended up on top. And that did Sebastian Vettel’s chances of earning another pole no harm at all, although Lewis Hamilton pushed him close.

At the time of writing quite how things would play out in the race remains to be seen, but with a slippery even numbered side of the grid likely to confuse the order, and a tight first corner almost guaranteed to provide some action, it could be an entertaining afternoon…