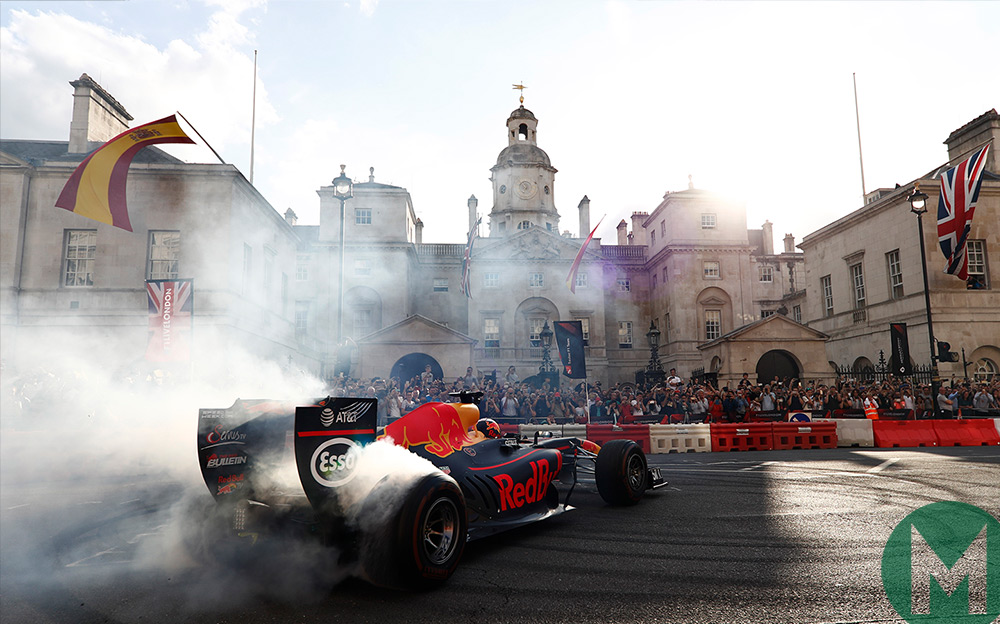 Formula 1 takes over central London for F1 London Live today (July 12), and you’ll be able to watch it all right here.

The event is being held at Trafalgar Square between 5.30pm and 9pm, with all 10 teams in attendance. It’s the first time every F1 team has been brought together for an event away from a race weekend ever, according to Liberty Media.

It promises live demos, with the cars running on the streets of London from Whitehall to Trafalgar Square and back, live music and interviews with star names. There are a number of events running throughout the day in tandem with F1 in Schools, hoping to promote the sport to the younger generation.

The event comes quickly after the BRDC announced it is activating the break clause in its British Grand Prix contract, and rumours persist of a London interest in bidding for the race.

The event is also being broadcast live on Sky Sports in the UK.