Helmets worn by Fangio, Hawthorn and Senna, overalls of Hill and a Clark trophy – Bonhams’ Festival of Speed auction is packed with incredible memorabilia 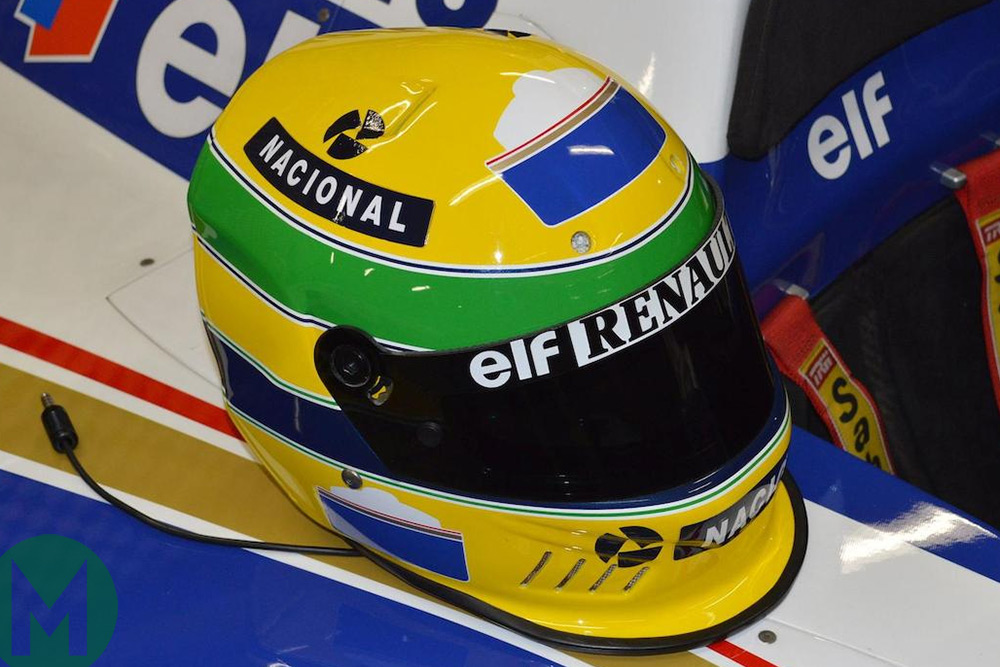 Often, automobilia’s links to the great and good of motor racing are tenuous – but there’s no question as to how significant these lots in Bonhams’ Festival of Speed Auction are.

Three helmets will go under the hammer on July 13, their owners accumulating nine Formula 1 world titles between them. Juan Manuel Fangio’s, believed to be from 1952 and estimated to go for £30,000-£40,000, is little more than a lid – its black lacquer hiding simple cork, leather and webbing benath. Fangio broke his neck that year as he rolled his Maserati at Monza’s Lesmo corner.

Only slightly more recent is Mike Hawthorn’s Herbert Johnson helmet, complete with famous visor. Though slightly more advanced, its safety was little better – cork and leather lining beneath a peaked shell. Expected to fetch between £10,000-14,000, it was owned by Rob Walker until 1968 when Kevin Wheatcroft took ownership of it. Walker gave Wheatcroft the helmet as a gift, when he learned of Wheatcroft’s growing collection of important helmets.

Hawthorn’s helmet will be familiar to anyone who visited the Donington Grand Prix Collection between 1973 and 2005. It sold for £21,250.

No helmet design is quite as iconic as that of Senna. It has transcended the sport and become almost a brand of its own and an influence of so many. And so his helmet, used at Paul Ricard in March 1994 by the Brazilian, is expected to be sold for double that of Fangio’s.

The overalls of Graham Hill, will also go under the hammer from 1973. This was the year Graham Hill Racing was launched, under the Embassy Racing with Graham Hill banner. It proved a difficult season, piloting a Shadow DN1 he recorded just one finish inside the top 10 – ninth at Zolder among 11 finishers.

Also among the lots is a Lady Wigram Trophy, that Jim Clark, Richard Attwood, Denny Hulme, Frank Gardner, Jack Brabham and Jackie Stewart all fought for in New Zealand in 1967. It was Clark who managed to get his hands on it, one of his five victories in that year’s Tasman Cup.