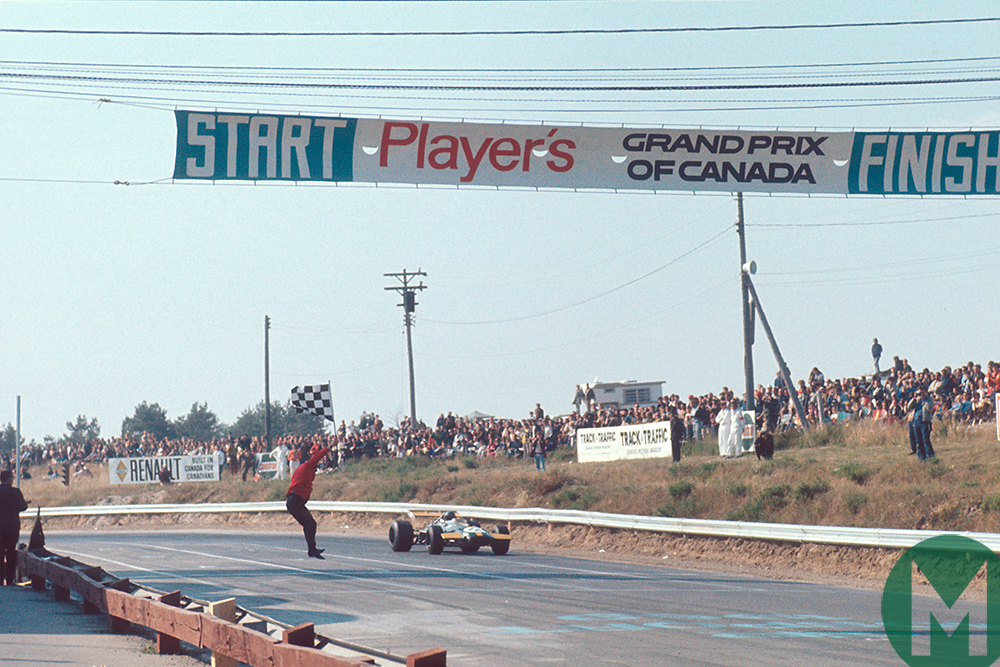 Opportunities to buy an actual Grand Prix-winning Formula 1 car are rare, particularly one raced by two legends such as Jochen Rindt and Jacky Ickx.

But this Brabham BT26, which is going under the hammer in early March at the Amelia Island Auction, fits that precise bill.

Rindt gave this Ron Tauranac-designed chassis its race debut in the Oulton Park Gold Cup in August 1968, then raced it in the F1 world championship’s three North American season-closing rounds in Canada, USA and Mexico. He retired from all three but he did put the car on pole position in Canada at spectacular Mont-Tremblant.

The following year Ickx – replacing the Lotus-bound Rindt – had more joy in the machine, something not unrelated to that it now had the classic Cosworth DFV engine in the back rather than the more ponderous Repco.

He drove it in nine world championship Grands Prix and three non-championship races, as well as used it in practice for the British Grand Prix.

And Ickx, in this very car, won the 1969 Canadian Grand Prix at Mosport from pole – and with it took a joint fastest lap with team-mate Jack Brabham. He also in it finished second in the Mexican race and third in the French round at Clermont-Ferrand. It all helped him to runners-up spot in that year’s F1 drivers’ championship.

He also bagged victory for the car in the non-championship 1969 Gold Cup race.

The car was then picked up by Gus Hutchinson to race in the SCCA Continental Championship, an American professional open-wheel series. He raced the car in the late 1969 SCCA season-closer at Sebring then in several rounds in 1970, winning with it at Sears Point and Dallas, all of which assisted him to second place in that year’s championship table.

Hutchinson also entered it in the F1 1970 US Grand Prix, qualifying 22nd of 24 starters and retiring after 21 laps with a fuel leak. It meant this chassis started 13 world championship F1 Grands Prix in total.

The car has been less active since, though did participate in 2006 Monterey Historics in the F1 race.

This car also captures F1 design in transition. It features wings that had begun sprouting on F1 cars in 1968 – although in the much more restrictive dimensions as brought in early in 1969 following some harrowing failures of the taller rear wing devices.

It also is one of the last F1 cars with a spaceframe chassis as Tauranac was still resisting a move to monocoque construction (although he had already in 1968 built his first monocoque car in the BT25 raced in the Indianapolis 500). New fuel cell regulations forced him to design his first monocoque F1 car for the following season, in the BT33.

So for a piece of the jigsaw that captures F1’s evolution through the 1960s and ’70s, you need to go no further than this striking BT26.