Bruce McLaren will hit the big screen this year in a new feature-length documentary about his life, ‘McLaren’, directed by Roger Donaldson.

His wife Patricia, and Emerson Fittipaldi, Alastair Caldwell, Chris Amon, Howden Ganley, Mario Andretti, Dan Gurney and Sir Jackie Stewart are among the names that appear as talking heads in what looks like a moving 90 minutes. McLaren makes full use of archive footage and photos, and is due out late in 2017.

Update: The first film poster has been released. 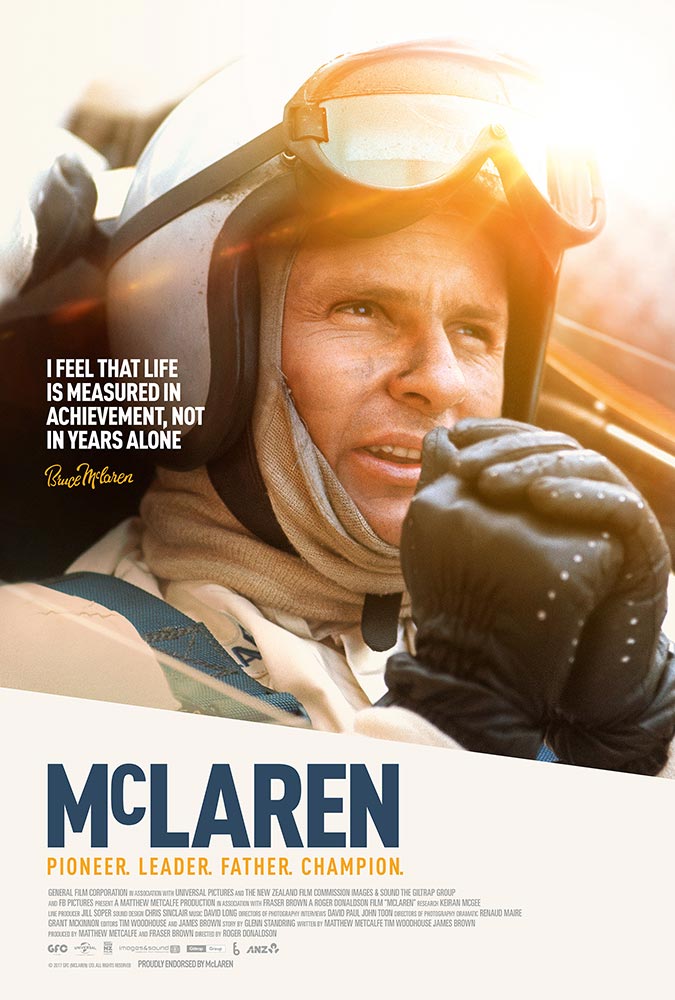