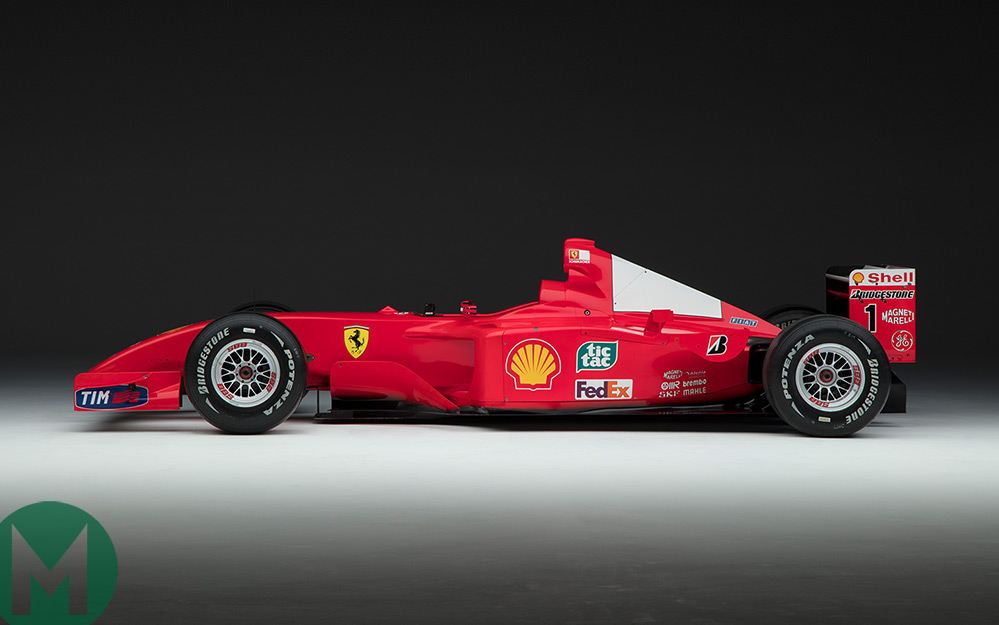 Chassis #211 was the car in which Schumacher last won at Monaco, when polesitter David Coulthard stalled on the grid in 2001. That left the door open for Schumacher to stretch his title lead, and he eventually secured the championship with victory at Hungary – in chassis #211 – in August.

It was also the year Schumacher passed Alain Prost’s win record in F1.

The car was sold as part of Sotheby’s New York ‘Contemporary Fine Art auction’ on November 16, without an engine, and is the first time a car has been sold by Sotheby’s in an art auction.

The expected sale price was in excess of $4 million…

Rockefeller Center’s Ferrari’s 70th Anniversary Celebration will host the car on October 8/9 before it moves back to Sotheby’s.