Max Verstappen showed stunning pace in qualifying for the Bahrain Grand Prix, putting his Red Bull on pole ahead of Mercedes’ Lewis Hamilton.

The Dutchman was four-tenths of a second quicker than the defending World Champion, showing that Red Bull has not lost the advantage that it had in testing.

Sebastian Vettel lost out to a yellow flag and found himself eliminated in Q1, whilst a medium tyre choice for Sergio Perez meant he didn’t have the pace to make it into the final qualifying round.

Fernando Alonso weathered a difficult Bahrain weekend so far for his Alpine team by taking ninth.

Sebastian Vettel was the shock scalp of Q1, falling foul of Nikita Mazepin‘s spinning Haas, which brought out yellow flags and prevented the Aston Martin driver from setting a time that could see him safely through to the next round. He starts 18th.

Alpine‘s Esteban Ocon also found himself stranded in the first round, having to settle for 16th on the grid.

Nicolas Latifi put in a solid lap in his Williams, but it wasn’t enough to get the Canadian out of Q1 as he starts 17th. 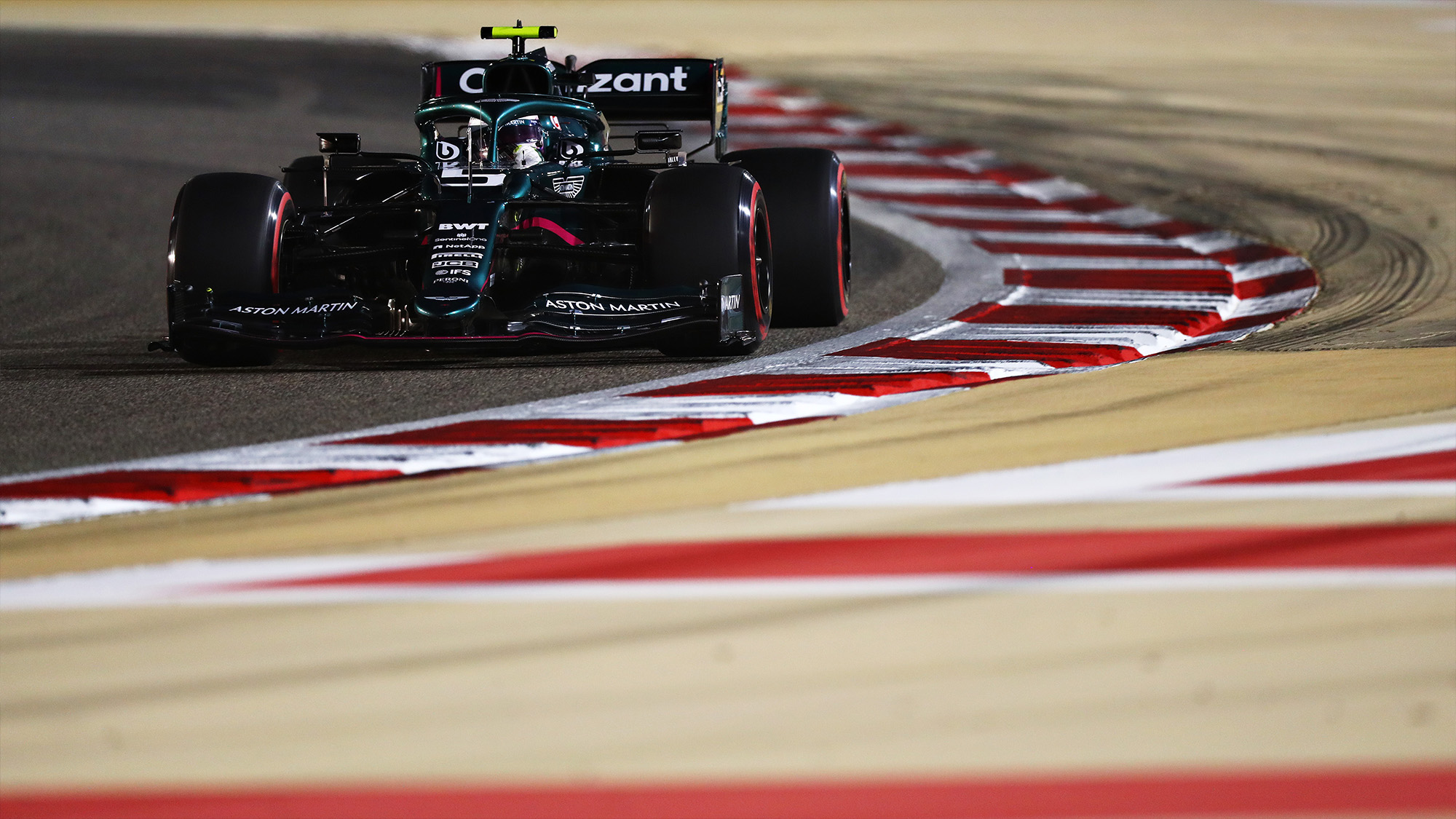 Vettel started his Aston Martin career being knocked out in Q1

There was another shock in Q2 as new Red Bull driver Sergio Perez was knocked out after only setting 11th fastest time. The Mexican first had a lap deleted for exceeding tracks limits and then gambled by using medium tyres on his second run – it didn’t pay off.

Kimi Räikkonen qualified 14th fastest, whilst Mr Saturday himself, George Russell, performed the usual heroics to get his Williams into Q2 but could manage no better than 15th once he got there. 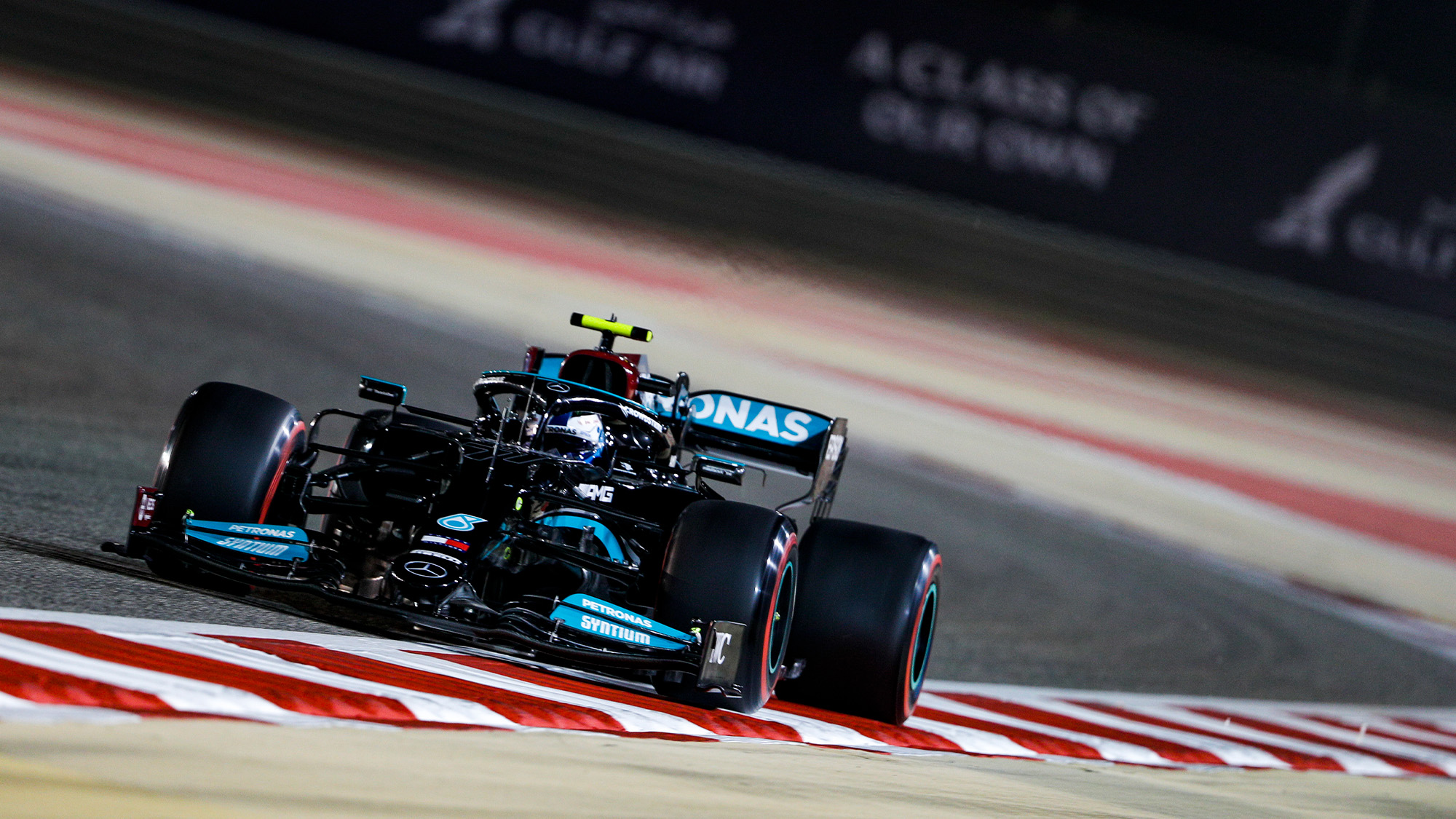 Bottas was six-tenths of a second slower than Verstappen; 0.2sec behind Hamilton

Verstappen has never started on the front row at Sakhir, but that all changed in qualifying as he set a stunning laptime of 1min 28.997sec.

The Dutchman had earlier damaged his floor with an off, but this wasn’t enough to cede advantage to the Hamilton, who was 0.388sec behind in 2nd.

Valtteri Bottas has complained over the weekend about the W12 being “undrivable”, and but he got more of a grip in qualifying to put the other Mercedes third on the grid. 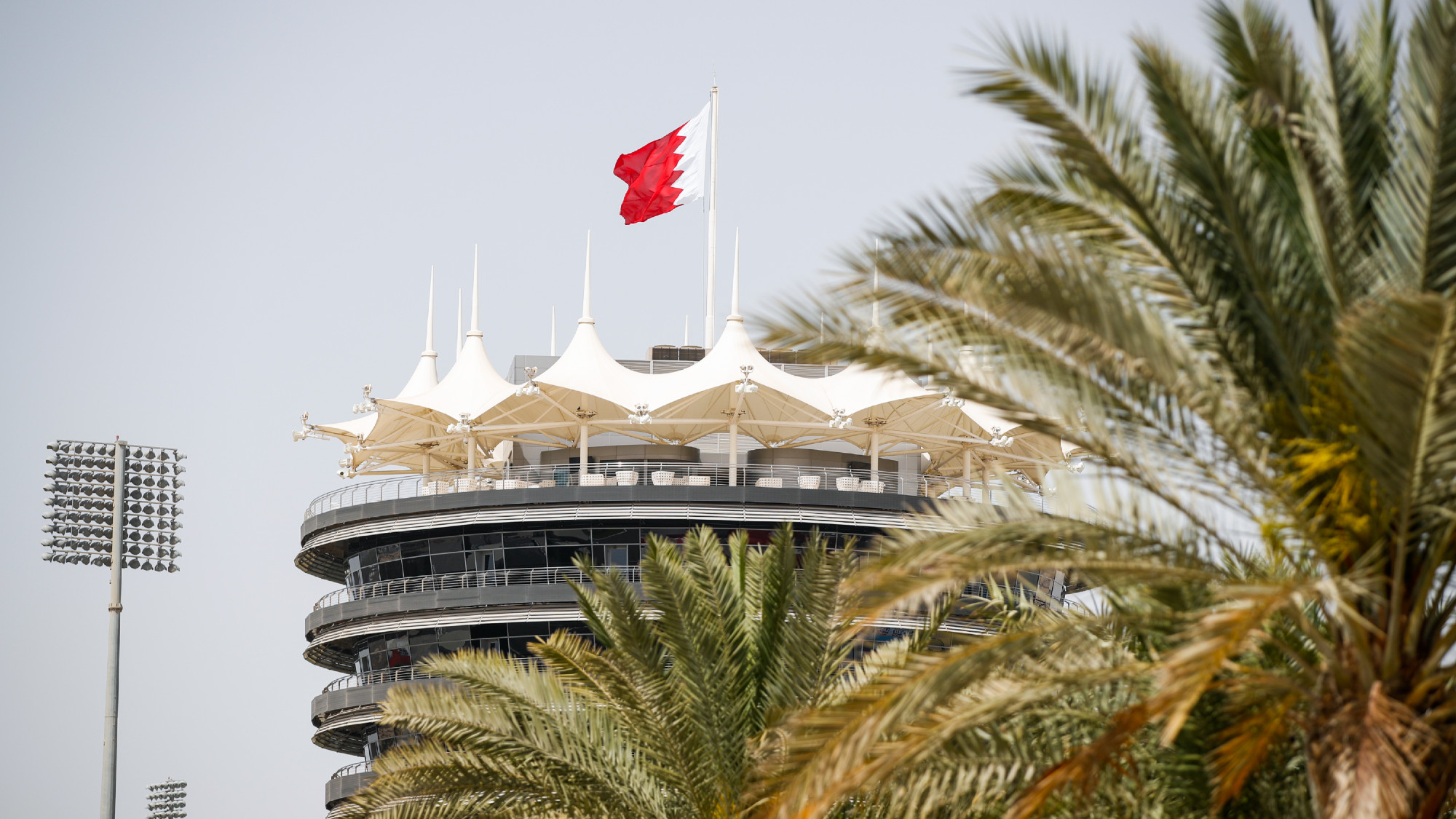 There were heroics from Charles Leclerc, who looked to start making amends for terrible 2020 for Ferrari with a fine 4th fastest time.

Pierre Gasly continued to show what Red Bull might be missing by qualifying fifth, mightily impressive in the Alpha Tauri.

Daniel Ricciardo has never been out-qualified by a team-mate at Sakhir, and so it remains as the Australian qualified sixth ahead of his McLaren team-mate Lando Norris.

Carlos Sainz came in eighth, whilst Fernando Alonso showed no motor racing rustiness as the Spaniard manhandled his Alpine into the final qualifying round and ninth position.

Lance Stroll spared some of Aston Martin’s blushes with 10th on the grid for tomorrow.