Gerhard Berger and Juan Pablo Montoya. I hope you’ll agree that’s not a bad double-bill to headline our March issue, on sale this week. Happily, both were on great form when we caught up with them, and were happy to look back on their careers as celebrated cult heroes of motor sport. 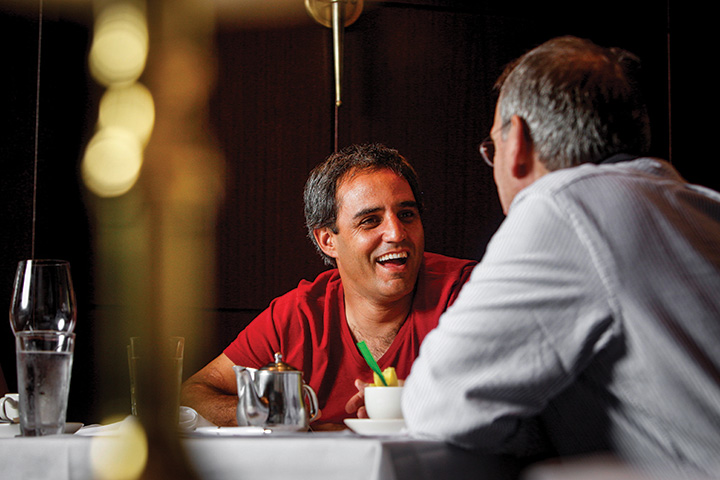 Rob Widdows travelled to Monaco to visit Gerhard and found the ex-Ferrari and McLaren man just as we remember him. He’s aged a bit, admittedly, but the Austrian still has that twinkle in the eye and sense of mischief that made him a popular figure in the oh-so-serious paddocks of F1.

On the other side of the Atlantic, Simon Taylor met Montoya for lunch at the Colombian’s favourite restaurant, the Capital Grille in downtown Miami – the very place in 2006 he sealed the deal with Chip Ganassi to quit McLaren and F1 for NASCAR. Amazing to think that’s already 10 years ago.

When I mentioned to his old CART rival Dario Franchitti that Simon had met Juan, Dario instinctively fell into a snapshot Montoya impression. “Meh!” he exclaimed with a comedic shrug and accentuated pout.

The caricature, expressed with much fondness and respect, is almost part of motor sport’s unwritten universal language to best describe the two-time Indy 500 winner. Montoya’s dismissive nonchalance is a key ingredient to this non-conformist free spirit’s popularity – but sometimes it masks how much he cares about racing. 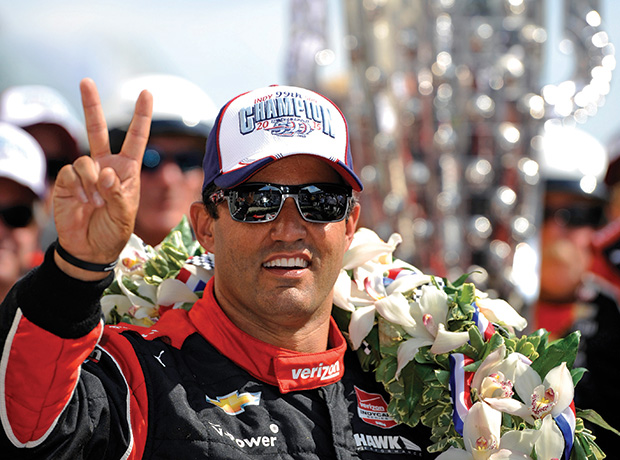 I must admit, when Simon told me Montoya had agreed to chat there were a few nerves mixed with excitement. He’s not always the easiest interviewee. But happily, in comfortably familiar surroundings, he relaxed into the spirit of Simon’s questioning. The guard didn’t drop completely (he shrugged off questions regarding Ralf Schumacher and ‘that’ incident while at McLaren when he fell of his tennis racket…) – but our experienced writer gained what he needed for a great read. And throughout, Montoya’s passion and commitment to racing shines through.

While discussing his early years, Montoya makes mention that another non-conformist free spirit from an earlier generation had an influence on his career. No, I don’t mean Jackie Stewart…

“When I was 17 my dad paid for a three-day course at the Skip Barber Race School at Sears Point,” Juan recounts. “My tutor was Vic Elford. I didn’t really speak any English then, but Vic was really good to me and taught me a lot. Then back in Colombia I got myself into a Formula Renault, qualified on pole for my first race, and won it.”

Spurred by the name-check, I dropped Vic a line to ask him for his memories of young Montoya. His reply reveals more about a teenage sensation who really should have more than seven Grand Prix wins to his name. Then again, Gilles Villeneuve has only six.

“Juan Pablo’s first school in the US was with Skip Barber at Sears Point (now called Sonoma I think – at least this week),” confirmed Vic. “I was the first instructor to see him in action.

“After the first exercise where the student was required to react to what he had caused the car to do, it was obvious that he had immediate and outstanding natural reaction and ability. And it went on for three days. Their last runs on the track allowed unlimited speed – subject to rpm limitations – and while everyone else ignored the rev limit, he applied strict self-control, respected the rev limit and blew everyone away. And I am sure you know, Sears Point is not the easiest track in the world!”

From the Archive: “I made my race debut on the Targa” by Vic Elford (December 2010)

This example proves Montoya always had a racing brain to go with his explosive talent.

“After the first Skip Barber school he went back to Colombia and did a few races in a local Formula Renault-type series. His first race back in the US was in Miami. Which circuit I don’t remember, but one of the Ralph Sanchez creations downtown, where overtaking was virtually impossible. 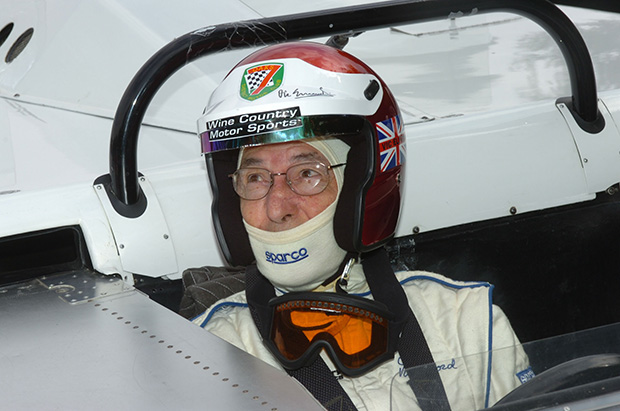 “It was the Barber Pro Series. He started from pole position and, when they came up to take the [rolling] start, Juan Pablo simply took off. Yellow flags immediately and a second pace lap. But when approaching the start he again took off on a flyer and cruised to victory.

“After the race I asked him ‘What the hell did you think you were doing, taking off like that again?’ He just grinned at me and said, ‘Well, after the first go-around, I knew (that for TV reasons) there was no way they could waive the start off twice, so I just went!’

“So at 17 he already knew what he was doing – not just driving a car.”

From the Archive: Lunch with Vic Elford (June 2007)

Elford knew he’d coached someone special. “I took Pablo (his father) aside and told him, ‘Look after him. If he gets the right breaks and is carefully managed he can be world champion.’ Unfortunately, there was nobody strong enough to be at his side to make it happen. Pity. With the right guidance I am still convinced that he should have been world champion.

“But then with two Indy 500 wins, the CART championship and all the dollars that go with them I doubt that missing out [on an F1 title] causes him to lose any sleep at nights.”

Although they live just an hour apart these days, it’s been years since Elford has seen Montoya. Now that would be a reunion worth recording.