Gilles Villeneuve’s battle with René Arnoux at the 1979 French Grand Prix in Dijon is held up to the pinnacle of F1’s golden era. Here’s the unvarnished story, with words from Denis Jenkinson and Nigel Roebuck 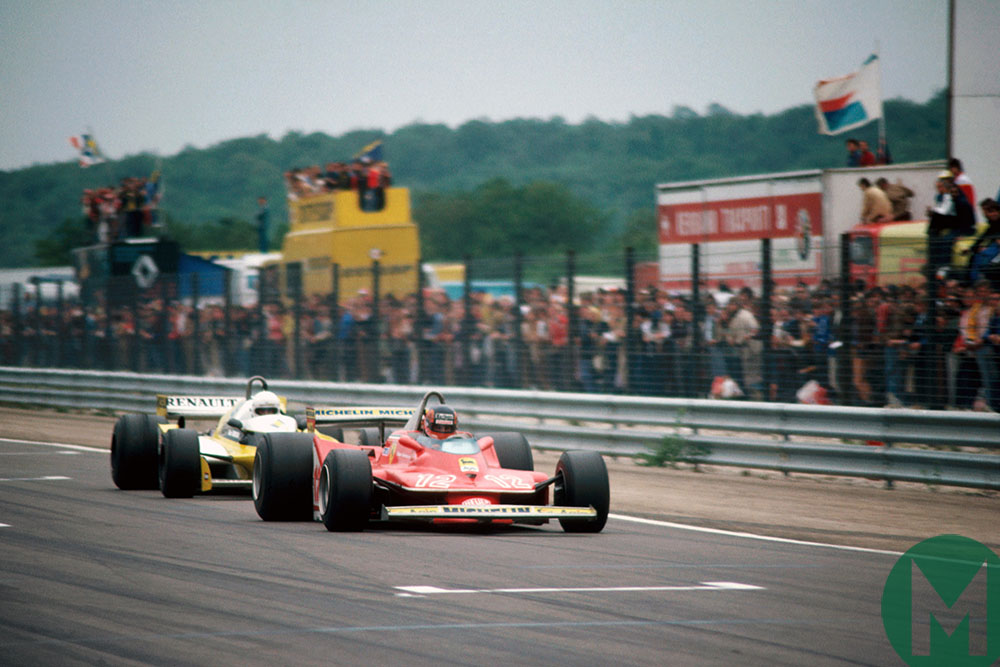 A quarter of a second separated Villeneuve and Arnoux at the end of the race Photo: Motorsport Images

Five seconds: a penalty that neutered the Canadian Grand Prix, sent Sebastian Vettel into apoplexy and set off a wave of nostalgia

With Lewis Hamilton all but guaranteed victory without the awkward business of overtaking, race fans broke from watching the procession to flood social media with memories of a time when racing was racing, when René Arnoux took on Gilles Villeneuve in Dijon.

The final laps of the 1979 French Grand Prix are part of F1’s folklore, of a golden moment that is meant to have been lost to delta times, stewards’ inquiries and reckless manoeuvres.

The battle began with the unnervingly familiar scenario of second-placed Villeneuve nursing his rapidly wearing brakes and tyres. Behind him Arnoux was catching quickly, looking to secure a Renault 1-2 behind his team-mate and race leader, Jean-Pierre Jabouille.

Villeneuve had other ideas.

“With 10 laps to go there now started a memorable battle for second place, so fierce and competitive that the leader of the race was totally overlooked,” wrote Denis Jenkinson for Motor Sport.

“On the start of lap 78 the Renault was alongside the Ferrari and took the lead. But it wasn’t over, for Villeneuve is not one to give up. He was back in the lead on the 79th lap, but Arnoux was proving to be just as tenacious. Side by side they started the last lap, side by side they went into the first corner, side by side they came out of the first corner. Neither man was going to give way and they threw caution to the winds, rubbing their tyres against each other as they dived into the twisty back leg.

“Villeneuve got inside at the far hairpin, Arnoux was in front as they climbed out of the dip, but the Renault engine gave a hiccough as he accelerated and the Ferrari was instantly alongside. Over the brow of the hill they went, still rubbing tyres, but with the Ferrari on the advantageous inside for the long fast final bend. Down the last dip they were virtually touching, nose to tail; up the hill the Renault pulled out and as they disappeared over the brow and raced for the line they were side by side again. The Ferrari got the verdict by an official quarter of a second.

“The two little ‘whizz-kids’ in second and third places were grinning all over their faces, having thoroughly enjoyed their last lap rough-and-tumble, saying it had all been good fun, though they realised it could have ended with them both spinning off. But they were racing in real earnest for second place and that over-rides all other thoughts, until afterwards.”

A glowing example of Formula 1 at its finest? Far from it, according to many drivers on the same grid. Writing in Motor Sport in 2003, Nigel Roebuck recounted what happened next.

“At Silverstone, the next race, Villeneuve and Arnoux were grilled at a Grand Prix Drivers Association meeting by a selection of F1’s elder statesmen. Lauda, Fittipaldi, Scheckter and others called them stupid.

“‘From where they were,’ Giles drily commented, ‘what the hell did they know? I couldn’t believe the things they were saying. Jesus, they’re supposed to be racing drivers…'”

In an era where drivers were still regularly killed while competing, Villeneuve spoke of an on-track respect between the drivers, as told by Roebuck: “I don’t know how many times we touched,” Gilles said, “but it never happened because one of us was trying to put the other off.

“‘It was fun!’ he giggled. ‘A real battle. I thought for sure we were going to end up on our heads, you know, because when you start interlocking wheels it’s very easy for one car to climb over the other. But we didn’t crash; it was okay, and I never enjoyed a race more.’ Arnoux says the same to this day.” 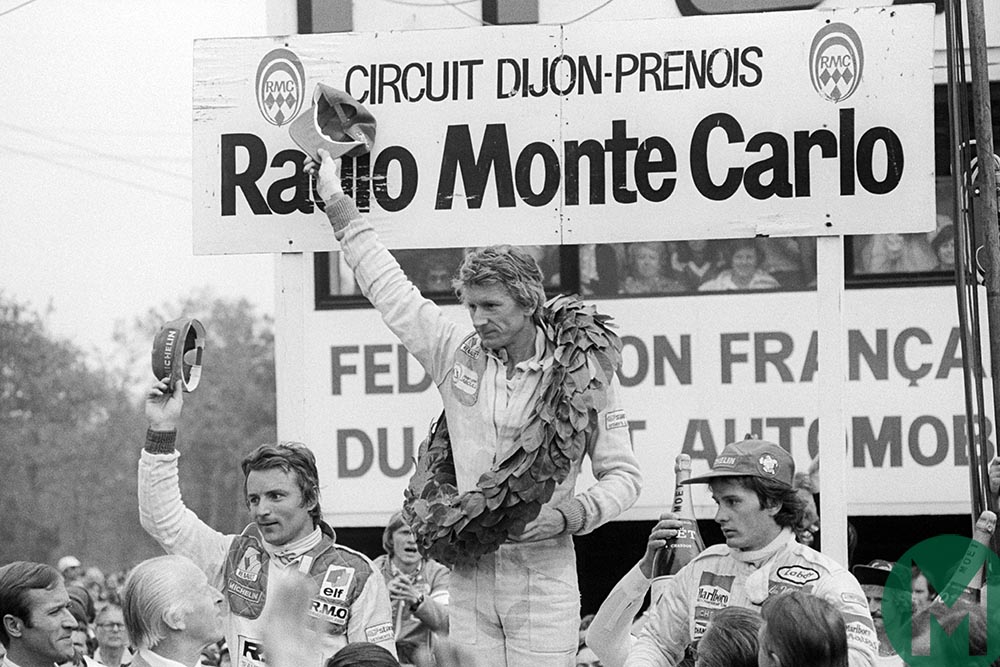 It’s a level of sportsmanship that’s rarely seen today, although Niki Lauda, in 2001, said that it wasn’t too common when he was racing either. “The problem today is television,” Lauda said. “The TV coverage is done so well, there are so many cameras now, you can see what everybody is doing.

“In my day we used to hit each other off the road but if somebody complained afterwards, we’d just say, ‘I don’t know what happened’.”

There are also several known unsporting manoeuvres from the era – Clay Regazzoni allowed his Ferrari team-mate Lauda to lap him at Watkins Glen in 1975 and then baulked second-placed Fittipaldi for five laps, resulting in him being shown the black flag.

But while the rose-tinted view of the age might be deceptive, Villeneuve and Arnoux remain responsible for one of the most entertaining moments in the history of Formula 1, tinged with the dismal realisation that the sport hasn’t produced anything as spectacular in the forty years since the Ferrari and Renault duelled in Dijon.

Last weekend’s episode in Canada might suggest that it never will again, but as Jenkinson pointed out in the final line of his 1979 report, Formula 1 is never far from redemption: “The race for second place revived the interest of all the F1 disbelievers,” he wrote. “All races cannot be good, but you should watch all races so that when one is good you don’t miss it.”