Lime Rock Park in north-west Connecticut stages its annual Vintage meeting this weekend. This is Labor Day weekend in the United States, the traditional end of the stateside summer season, which is celebrated this year on Monday. Motor racing is not permitted on Sundays at Lime Rock, so this weekend’s 27th annual Vintage Festival takes place on Friday and Monday. 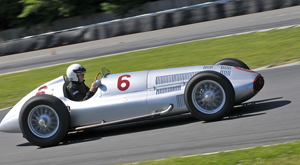 As a prelude to the Vintage weekend the Collier Collection’s rare Mercedes Benz W154 Grand Prix car was rolled out on Tuesday for some demonstration laps at Lime Rock. This particular W154 is the 15th and last of these cars to be built. It was one of two W154s shipped to Austria for safe keeping during World War II. 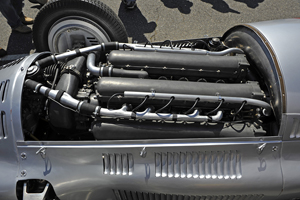 Gary Gold drove down to Lime Rock on Tuesday to photograph this superb car. “It sounded wonderful,” he reported. “Sharp and raspy and LOUD. It was a beautiful day and the car was warmed up on hotter plugs, and then swapped to cooler running plugs. The fuel was pretty exotic. It smelled a bit like the turbo era in F1 20 years ago.” 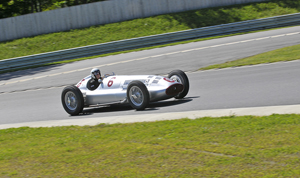 This car made one of its few starts in Belgrade’s Yugoslav Grand Prix on September 3, 1939, finishing second in the hands of Manfred von Brauchitsch. Murray Smith and Mercedes test driver Gert Staub drove it at Lime Rock – it was the first time the car had run on a race track since that September day in ’39. 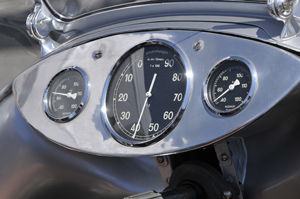 The 1939 version of the W154 was the apotheosis of the ‘Silver Arrows’. It featured a twin-supercharged V12 engine called the M163, which produced 485bhp at 8000rpm. The car also had a much cleaner, sleeker nose than the more angular and cluttered W154 from ’38. 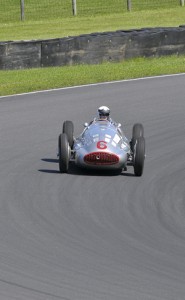 Near the end of the war the Soviet army tried to freight two W154s, including this car, by railway to Romania, where they were sidetracked for many years. Much later chassis #15 was rebuilt with Mercedes-Benz’s assistance. Its appearance at Lime Rock coincided with the 70th anniversary of the start of WWII and also the end of a golden era in Grand Prix racing.